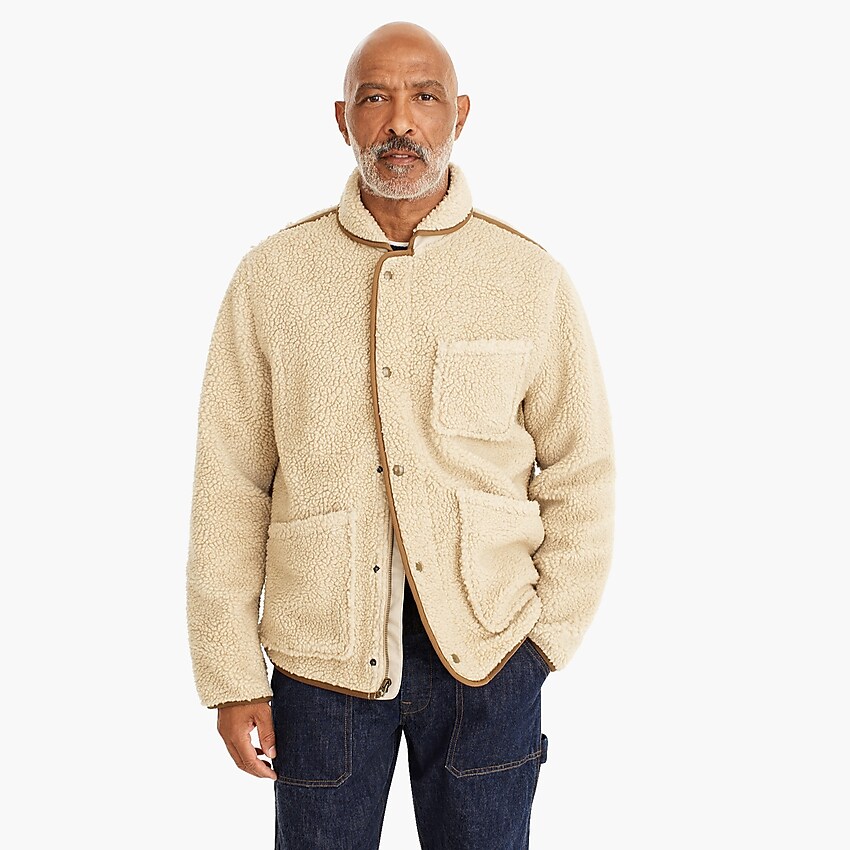 Fleece has become the cold-weather staple for employees at Silicon Valley’s hottest startups, along with fashion influencers, curators, and Shia LaBeouf. We’re on record as being fans of the style, and it’s for three simple reasons. Fleece combines comfort with style, it’s affordable, and it makes you look like a sexy little cauliflower. If you want to stay warm this winter while channeling the carnal energy of a crunchy, delicious plant, here are four fleece jackets for you.

“Look at that cauliflower buying a cauliflower!” is what a beautiful woman will say when she sees you wearing a fleece jacket at the local farmers’ market. Basic fleece jackets are simple in design, cream in color, and have hip pockets so you can hide your anatomical parts (and thus look more like a sexy exploding cabbage). Patagonia gets most of the credit for inventing the modern fleece, so their Retro-X deserves a place here. We also like Wallace & Barnes’ Nordic sherpa jacket, a fleece cousin.

Wearing a vintage, deep-pile fleece not only demonstrates a bit of cultural capital — as you show you have an appreciation for the past — but you’ll also mimic the choppy texture of a low-carb, mock potato salad. Every day, beautiful people will tell you that you look delicious, but they won’t be able to explain why. Throw in some olive fatigues and a pair of Red Wing boots the way a chef might sprinkle in some chopped herbs and paprika.

Baked, warm, and delicious. These are just three words that can describe you in an 18 East fleece, as well as roasted cauliflower. The red chest pocket, featuring an Indian-sourced floral print, will remind you and others that this seductive cruciferous vegetable grows in open fields in cool daytime temperatures ranging from 70–85 °F. 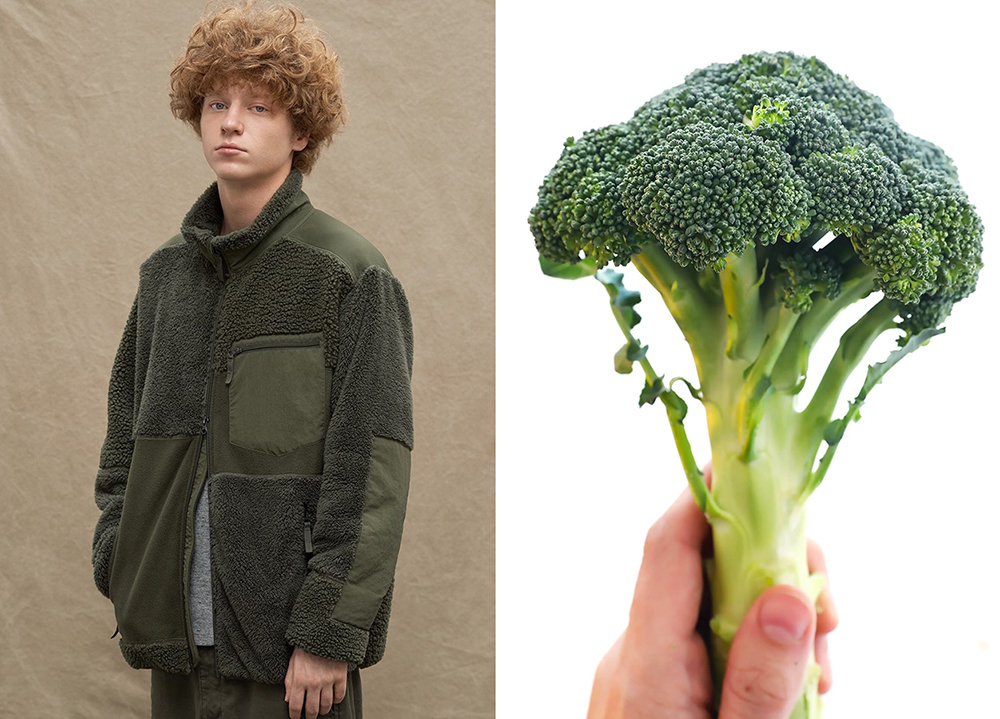 Designed by the legendary Daiki Suzuki, Uniqlo’s new Engineered Garments zip-up fleece collab is available in earthy brown, slate black, and deep green. For those who don’t want to look like a cauliflower, pick up the green version of this jacket to look like a sexy piece of broccoli. This fuzzy little jacket will have her saying “take that off” in no time.