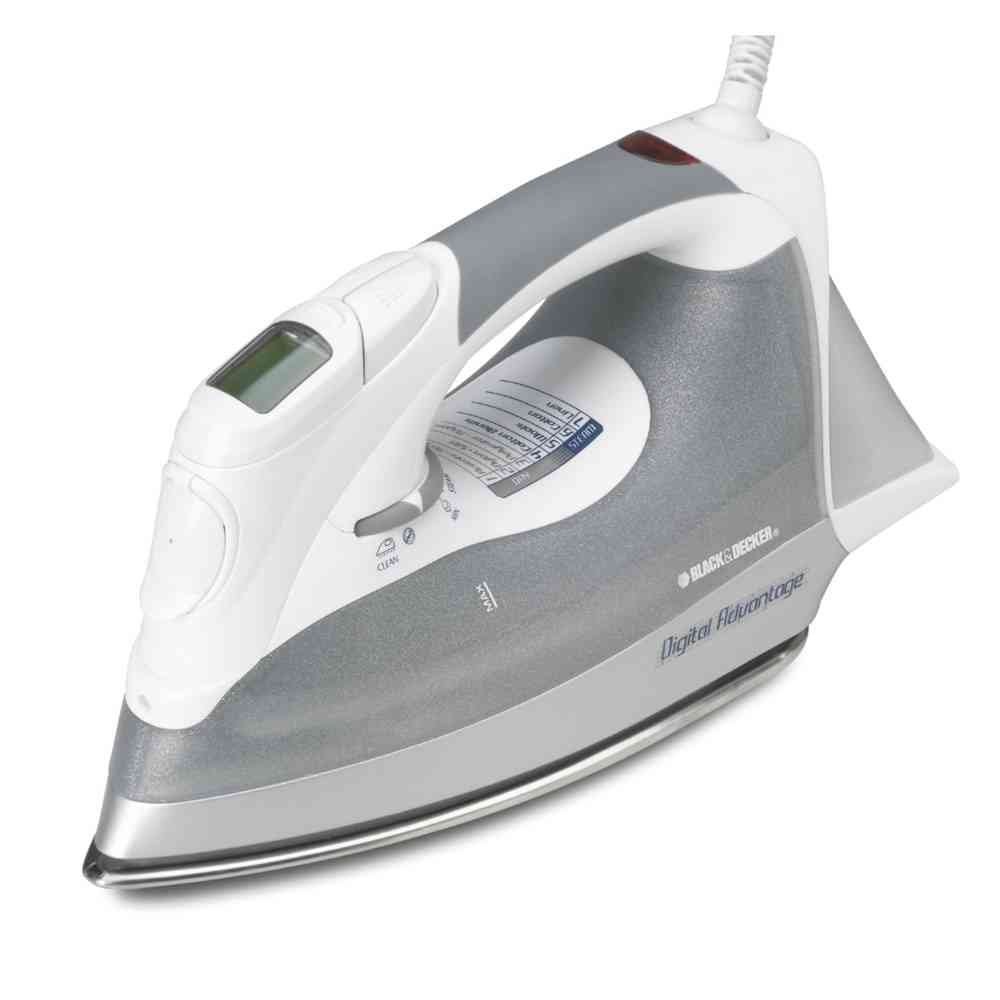 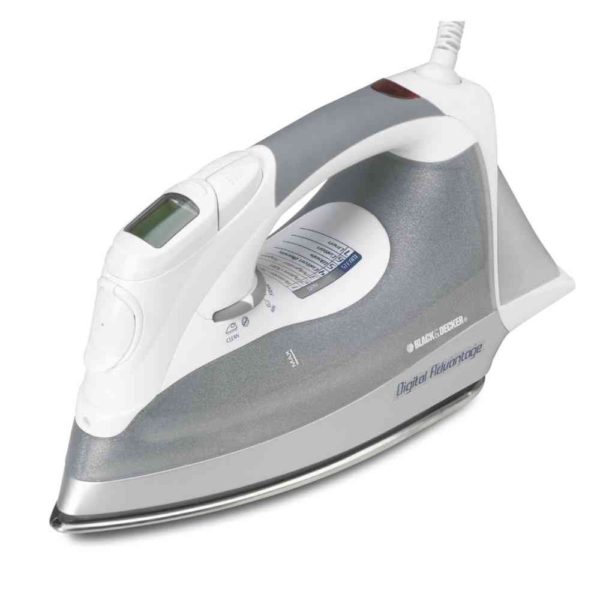 A year or two ago, I got inspired to up my ironing game. I read some iron reviews and bought the fanciest one. It was a gorgeous Rowenta, just like Derek’s, and I was in heaven. Ironing was so easy! The Rowenta was so powerful! It was the best $150 I’d ever spent.

Until it broke. Which, looking at the consumer reviews, the ones that last past initial performance, seems to happen a LOT with Rowentas. And of course, there’s no small appliance repair in my neighborhood anymore.

So I faced a choice: I could replace the Rowenta, and run the risk of having it break again. I could buy a professional iron, which, with professional ironing board, would cost $500 or so. Or I could go cheap. I went cheap.

After looking at even more reviews than I looked at the first time, I picked the Black & Decker Digital Advantage. It costs $47. It was head-and-shoulders above any other inexpensive iron in performance in ever review. Its reliability was superb. And its performance is pretty darn good.

Sometimes when I’m ironing, I miss my old Rowenta. And I think about getting a $300 Reliable, like the pros use. (Incidentally, word is that Reliable’s cheaper consumer models aren’t worth the money – you need a separate steam generator to get great performance.) But frankly, I don’t think about that stuff all that often. Mostly, my Black and Decker is a solid performer. It heats up quickly, it puts out decent steam, and it glides smoothly. For less than fifty bucks, I’m not gonna complain.