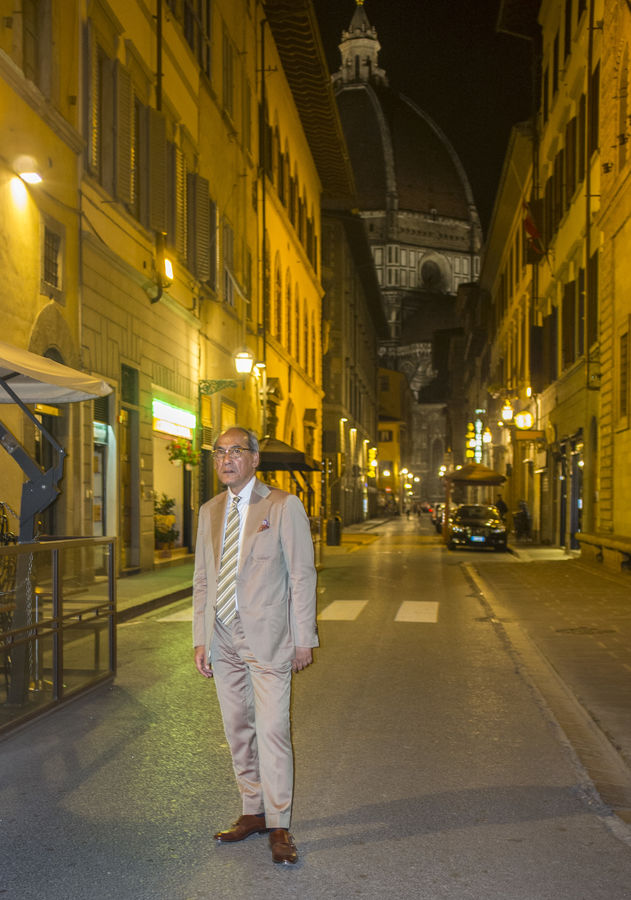 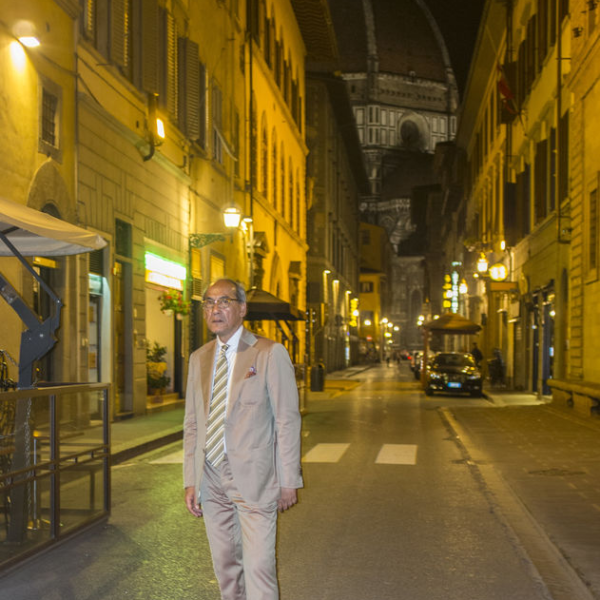 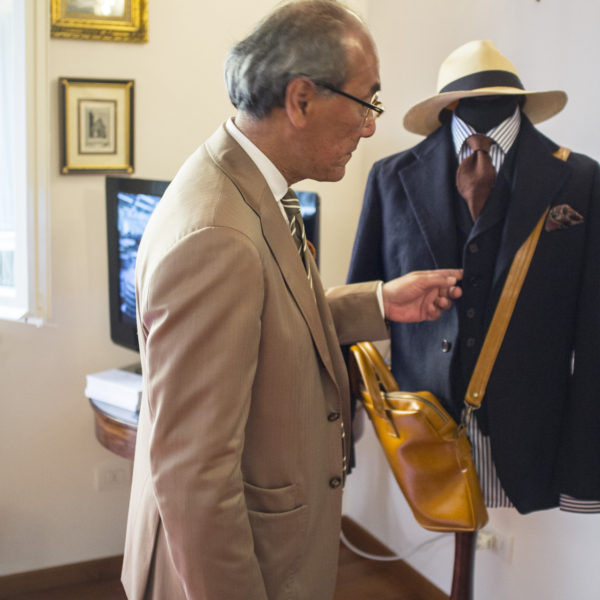 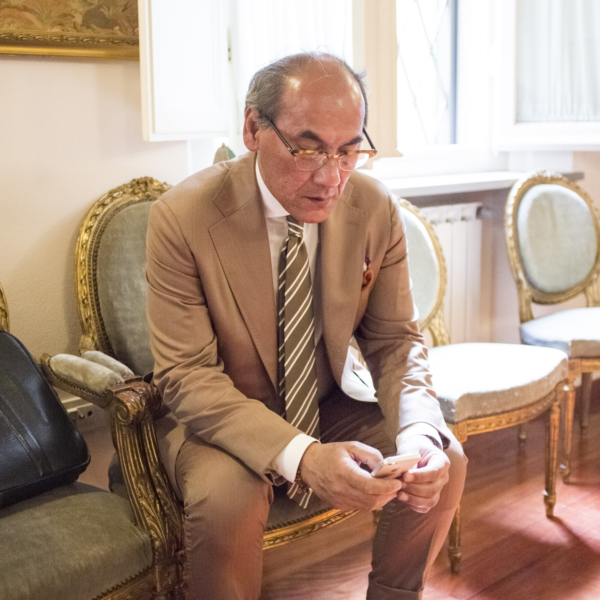 StyleForum sent one of its members – Erik from Stockholm, who we’ve covered in our Real People series – to Florence last week to cover Pitti Uomo. For those unfamiliar, Pitti is a bi-annual menswear tradeshow where brand and store reps meet for their seasonal buys (June’s tradeshow determines what you’ll see in stores next spring). In the last few years, it’s also become a sort of peacock event for street style photographers and bloggers who want to get content for their sites.

Much of what gets documented at Pitti is a bit too dandy for my taste, but I really like these images here (as captured by Erik). An older gentleman is seen wearing a tan, summer suit with soft shoulders and wide lapels. The fit is slim, but still reasonably traditional, and he’s brought out the summer sensibility of his suit with lighter colors – such as the striped olive tie and mid-brown shoes.

Since Pitti is PItti, he also some sprezzy details: double monks, a unbuttoned sleeve button, and a patched ticket pocket peeking out of his patched hip pocket (a more traditional construction would have been a welted ticket pocket, if such a suit should have a ticket pocket at all). That sort of pocket can be nice for easy access to your cell phone, although I prefer mine to be fully hidden inside the larger hip pocket.

Still, when you’re as handsome as this guy, those sort of details come off more as charming than affected.

For more of Erik’s Pitti Uomo photos, you can comb through his threads here. The photos you see above were taken on day four.

(photo via So What Else is New?)