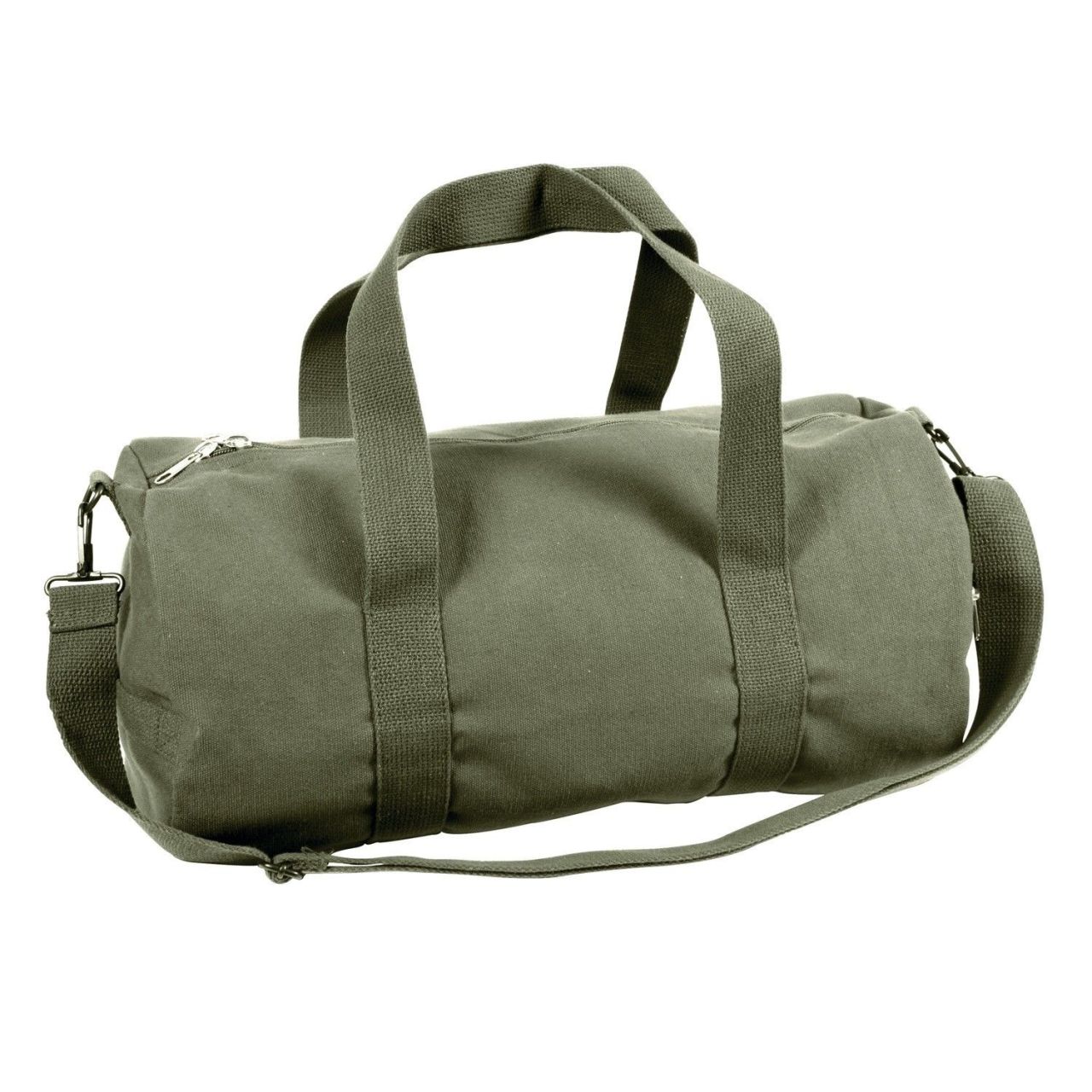 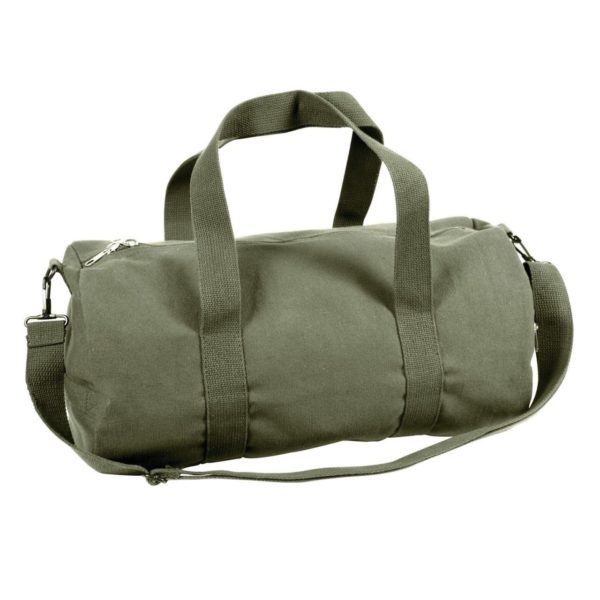 Following Jesse’s link to the story on affordable tote bags, I thought I’d share some finds I’ve come across for affordable duffels. Some time ago, I realized that I needed another bag to help bring things to the Post Office. Nothing fancy or expensive – just something that didn’t look terrible and would help me ship things I’ve sold on eBay.

The best in affordability and make is probably Beckel, which Jesse wrote about a while ago. These bags are constructed from a sturdy 20oz canvas and 2” cotton webbing, and then reinforced with leather. The green round-a-about bag Jesse bought for his brother-in-law looks especially nice.

For something preppier, there are a number of small companies producing New England style bags that are similar to those sold by Wm J. Mills. Island Canvas and Port Canvas, for example, make customizable bags, where you can choose your own color combinations or pocket detailing, all for prices that start as low as $28. Island Canvas also confirmed for me that they could add piping to edges (which I thought would give some nice stylistic detailing) for just $15. This poster at Ask Andy has some photos of Island Canvas bags he bought a while ago.

Brand names such as J. Crew and LL Bean Signature seem a bit expensive when compared to the other options above, but on the upside, they often hold sales. I imagine you could get this West Branch duffle at 25% off and Rail & Wharf duffle at 50% off with some patience. American Apparel also has nylon duffels at prices as low as $24. I like the look of canvas better, personally, although nylon will be easier to clean.

In the end, I went with the cheapest option of all: a basic Army duffle bag made out of cotton canvas that runs for $17 on eBay.* I imagine if you’re carrying a load of bricks, you might need something sturdier, but for the kind of things my skinny arms can reasonably lift, this has been surprisingly good. At 9” x 19”, it’s a bit smaller than your average duffel, but I also find the smaller size more manageable. If you’re interested in getting something similar, but need a different size, check Sportsman’s Guide.

* Addendum: Looks like the olive green just sold out. A different seller seems to have the same bag here.