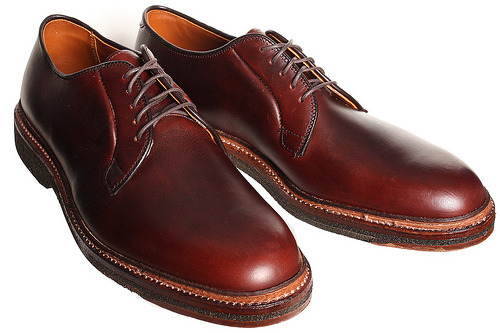 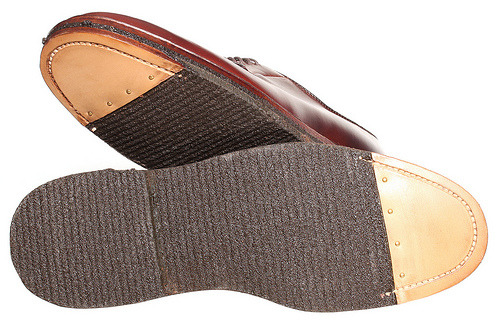 I consciously avoiding posting pictures of new clothing items, not because I’m against them, but rather because I don’t like the fashion machine that surrounds them.  I often don’t like the price tag, either.  You’ll never see a reference to what’s going on “this season” here.

That said, these shoes from Alden being sold at Epaulet are just wonderful.  They’re expensive as hell – $425 – but they’re also great quality shoes that will literally last a lifetime.  I’ve got a similar pair with double leather soles (rather than crepe) from Nettleton, an old competitor to Alden, and they’re one of my favorite foot coverings.  They go with anything besides shorts or a suit, and they’re built like tanks.  Crepe is a sole made of natural rubber which should offer a bit of comfort and grip in inclement weather – they’re called the “All Weather Walker.”

This style of shoe is called a blucher here in the states (or a derby in the UK).  It’s distinguished by the open lacing – notice that rather than the laces pulling together two sides of one piece of leather, they pull together two separate pieces of leather.  Generally these are more casual than the alternative, the balmoral, which is why I wouldn’t wear these with a suit.