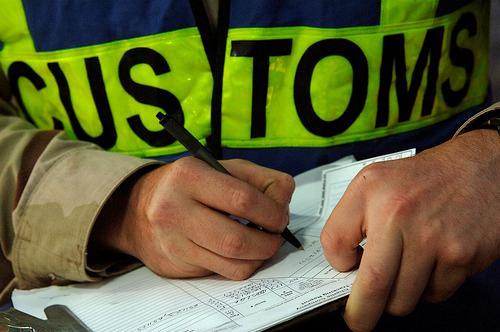 There’s never been a better time to shop overseas. The US dollar has been gaining strength against most foreign currencies, which means you can get more for your money than you could just a year ago. The Wall Street Journal even reports that the US dollar could soon be worth more than the Euro. With VAT discounts and favorable exchange rates, you can now get things from online European shops at prices that are lower than what you’ll find on sale in the US.

This does come with a couple of caveats, however. First, US brands are generally more expensive abroad, so if you’re getting something from Ralph Lauren, Levis, or Alden, it’s better to shop domestically. Second, foreign goods sometimes come with customs and duties, which means any savings you can get from shopping overseas can be washed out.

How can you tell if you’re going to get hit with customs and duties? It’s a complicated matter that rests on many things.

If you’re really itching to know what you might be hit with, you can use this online duties calculator. Enter the information carefully, however, and use the service sparingly. You only get three calculations before they start charging you.

Good rule of thumb: always expect that you’ll be hit with something. Most of the time, you won’t, but it’s better to be pleasantly surprised that you didn’t get a bill, rather than get upset when you do.