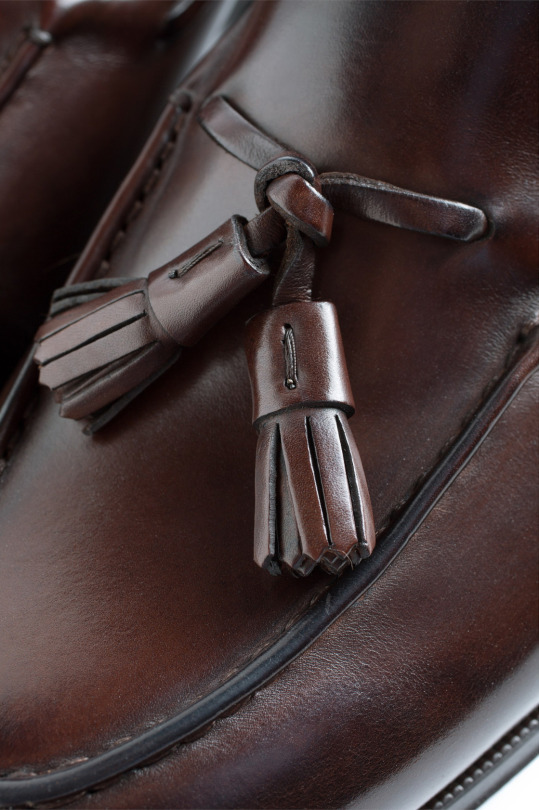 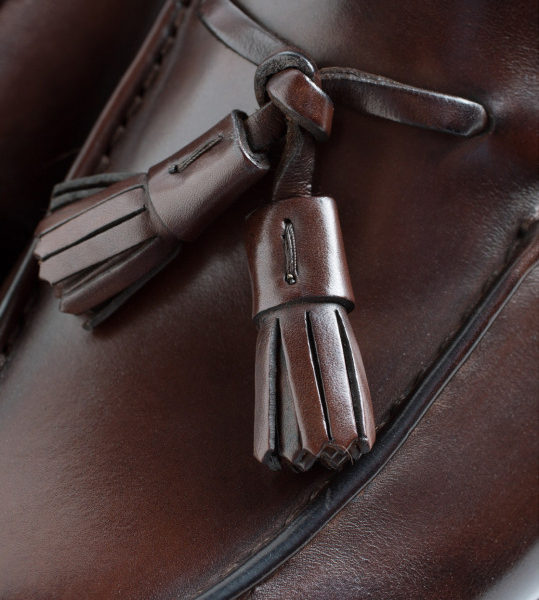 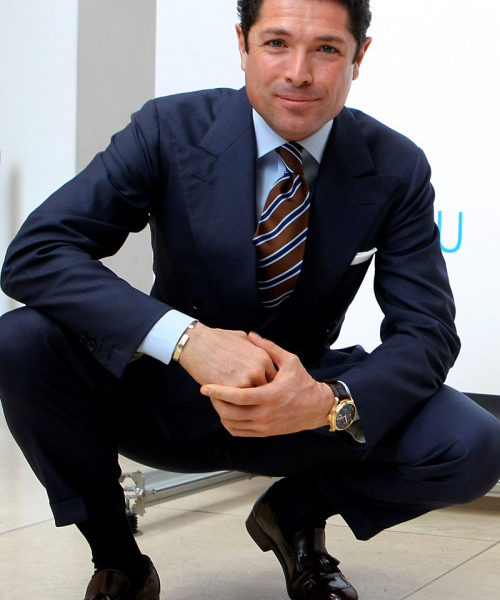 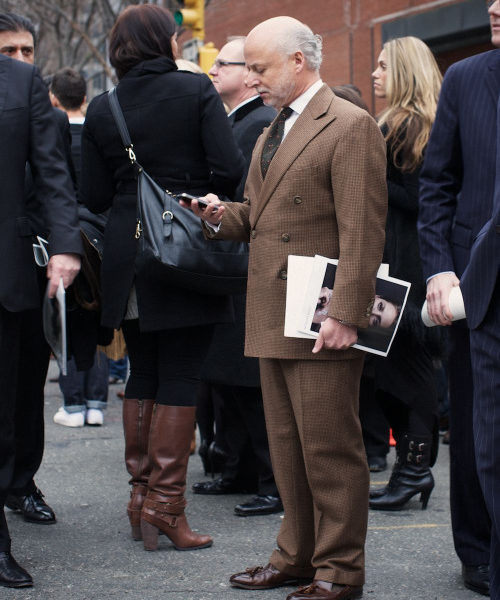 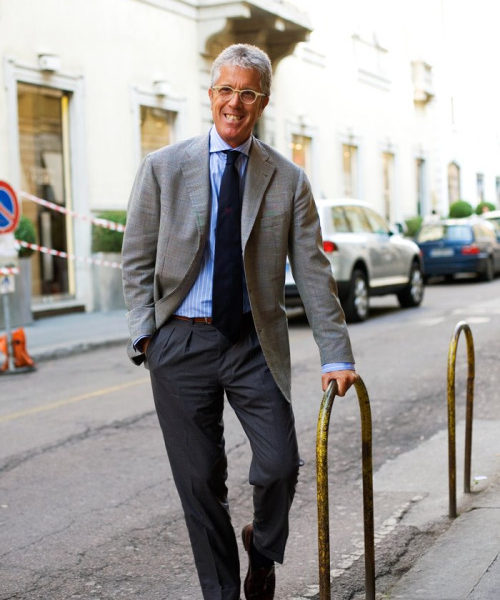 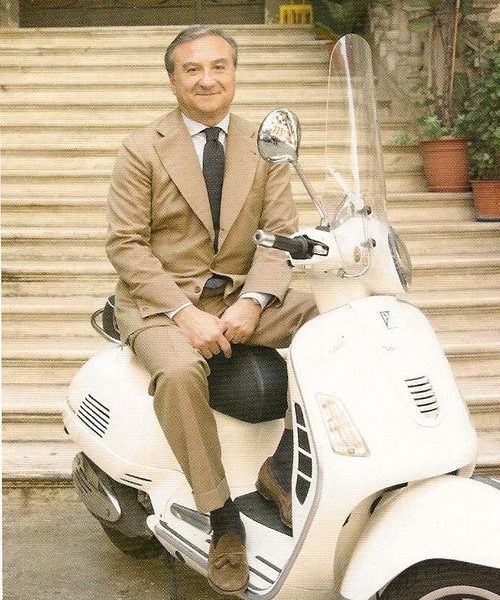 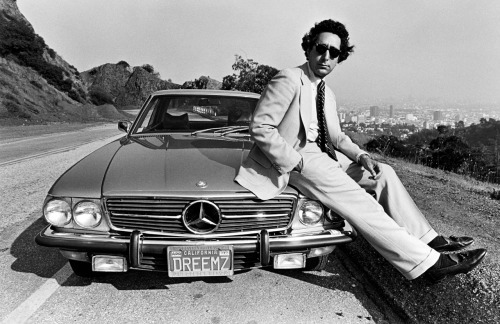 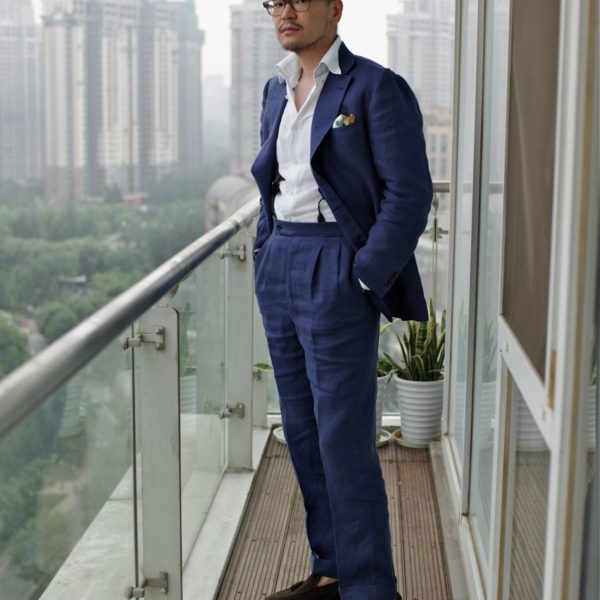 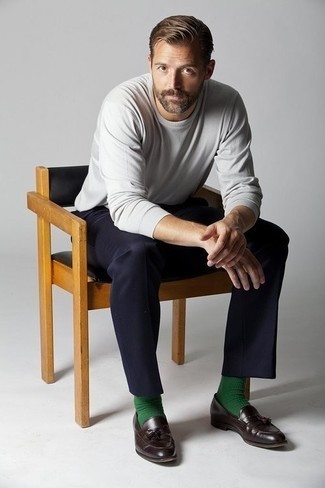 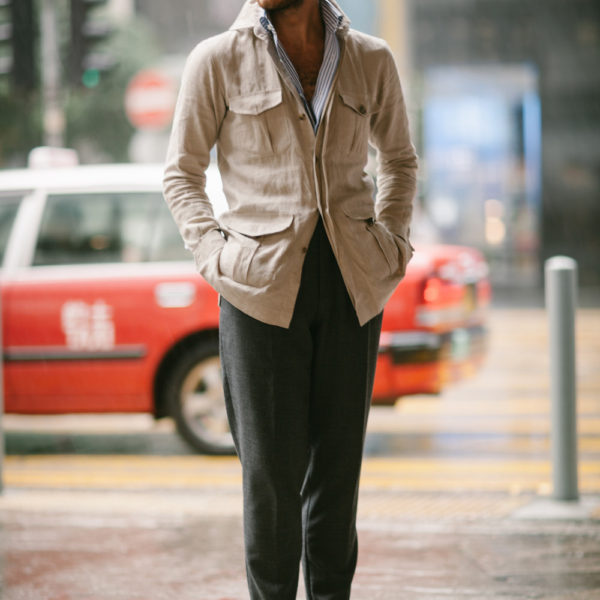 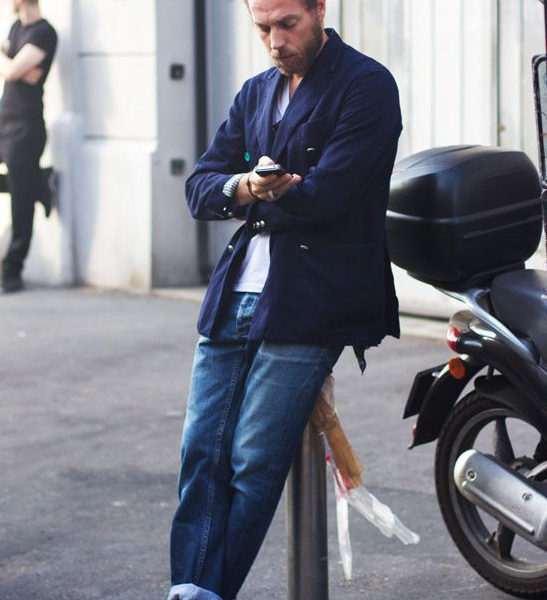 A few weeks ago, I saw my friend Agyesh, the owner and designer behind the Italian-inspired casualwear line Stoffa. Agyesh has been wearing the same pair of blue suede Belgian loafers for nearly a decade. Beaten up and half falling apart, they’ve seen him through countless number of trips around the world (surprising, frankly, given their softer construction).

Belgians aren’t an easy style to pull off. They’re a little dainty and ostentatious, with a ridiculous, miniature bow sitting on the vamp. Normally you see them on white, upper-class preps hanging around the Hamptons (or, more likely, guys who like to affect the same pretenses). Agyesh is able to pull them off because he’s anything but. As an Indian man with a beard, who wears leather jackets as part of his daily uniform, Agyesh says Belgians help soften his look.

Indeed, if you look at this GQ feature on Belgian loafers, you can find them being worn in ways that feel more punk than preppy. Rather than pairing them with creased trousers and gold button blazers, guys such as Brendon Babenzien of NOAH and Antonio Ciongoli of Eidos team them with patchwork chinos, slim jeans, and loose pullovers. They work precisely because they contradict everything else – not just the clothes, but also the men themselves.

Which is how I feel about the question that gets asked every summer: “Are tassel loafers only for old guys?” The answer is yes, which is why anyone can wear them. Whether you’re 30 or 60, into traditional American style or something more contemporary, tassel loafers can work so long as you know how to incorporate them into your wardrobe. It’s about either playing to or against the social stereotype.

I have three pairs: burgundy shell cordovans from Allen Edmonds, which are decent, but lack the luster you’d find on Alden’s shell model (the company who originated the style). On the upside, Allen Edmonds’ sits higher on the foot, whereas Aldens come lower. I also own a pair of suede tassels from Crockett & Jones, which used to be my favorite until I bought these from Ralph Lauren. To me, those are the perfect pair – a loosely strung band, which allows the longer tassels to hang lower on the shoe. They have jauntier look, whereas something like this can feel uptight. Christian at Ivy Style has a nice article about the design.

There’s no shortage of tassel loafers elsewhere. Companies such as Edward Green and Saint Crispin’s make theirs with really nice details, such as gently beveled waists, although the prices here are dizzying. More affordably, you can wait for Brooks Brothers’ Alden-made tassels to go on sale, or scour through the many designs at Carmina. For value, nothing beats Carlos Santos and Meermin at roughly $250. Made with full-grain leather uppers and Goodyear welt constructions, these will last you a decade or more with good care.

As for how to wear these, you could go the traditional route. Tassel loafers naturally sit alongside soft-shouldered sport coats and button downs, as well as casual summer suits (both of which is how I use mine). Wear them with an open collar if you’d like them to feel a bit more natural and carefree. For something less fuddy duddy, tassels can be worn with slim jeans and contemporary styled knitwear (Our Legacy makes great ones), or with some casual chinos and a safari jacket. Some of the guys above show how they can be worn in ways that aren’t strictly Ivy.

Just don’t get hung up on age. Yes, people associate them with old men, but that’s what makes them interesting on guys who don’t fit the stereotype.