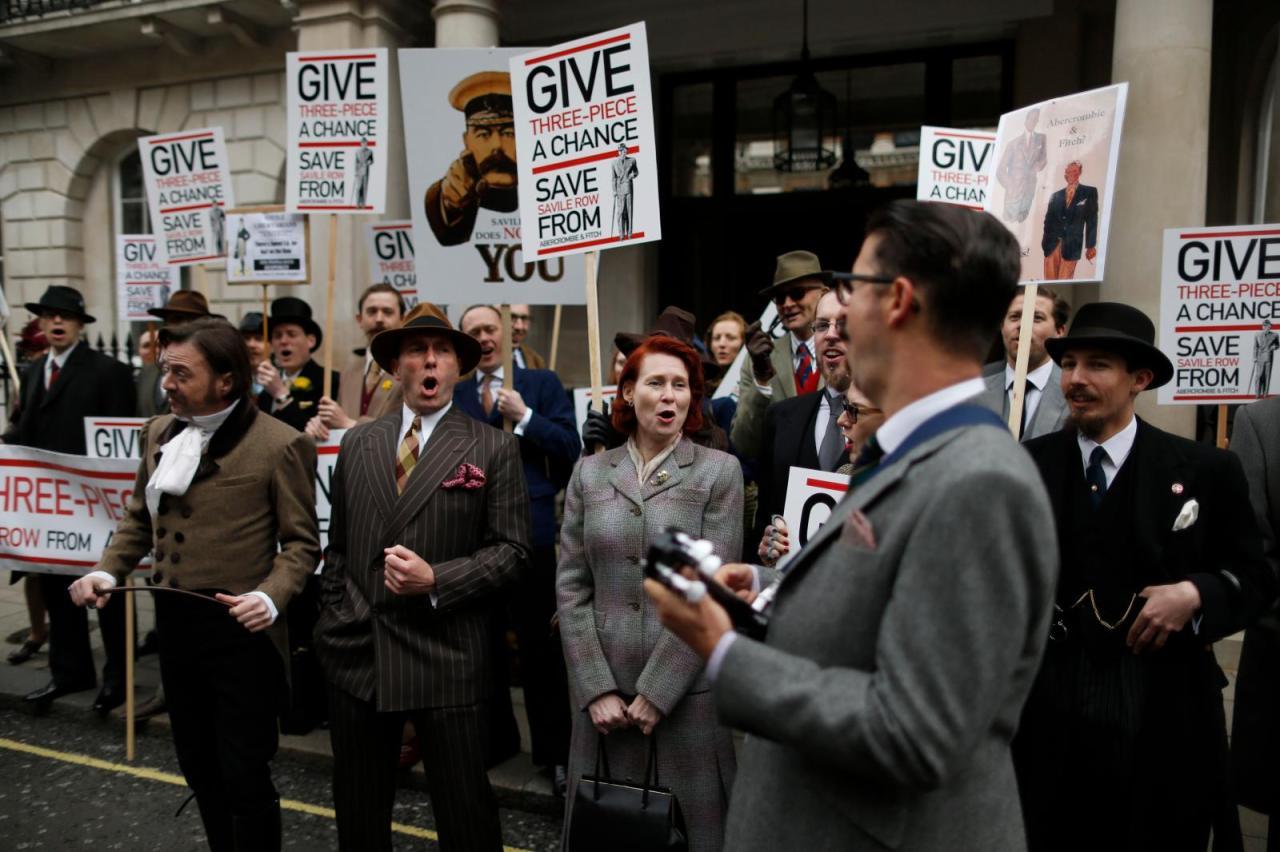 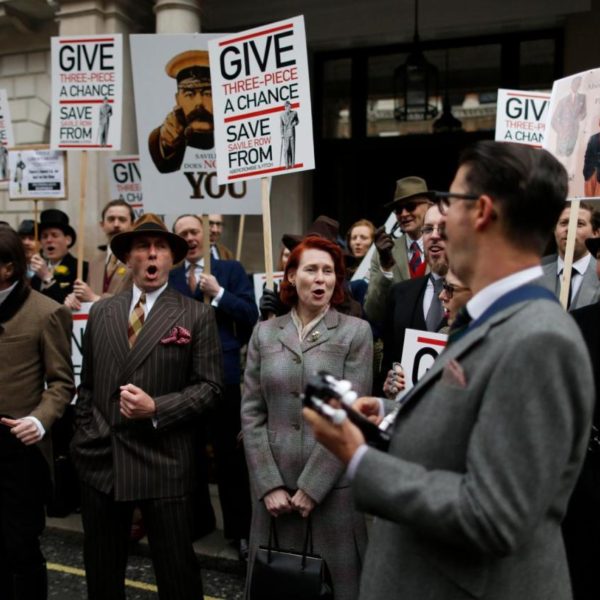 I was going to let it pass without comment, but since I’ve received a thousand million bajillion emails and tweets on the subject, a brief word on the protest of Abercrombie & Fitch’s plans to install a children’s store on Savile Row, around the corner from their London flagship shop, which is just off the Row on Burlington Gardens.

First of all: the folks at The Chap, who organized the whole thing, are generally very amusing. They understand that they’re being silly, and I tip my cap to them for that. The Chap Olympiad sounds like a lot of fun, and I’m all for tweed, brogues and neckties, obviously. Even if I’m not so into the tobacco thing that they’re obsessed with – a little stinky and cancery for my taste.

Second of all: I am no fan of Abercrombie & Fitch. Well, I should amend that: I’m no fan of the contemporary Abercrombie & Fitch, which is one of the worst clothing brands in the world. At one time, it was pretty much my ideal clothing brand, selling adventure clothes to the greatest adventurers in the world, but then it wound down, went belly-up, got bought by The Limited and transformed into what it is today. Which is awful. The worst.

I have to admit, though, that my general feeling about the protest is that costumes are for costume parties. Or fancy dress parties, as they call them over in the UK. The pictures of the protest embarrass me as much as they amuse me. It’s tough enough to defend traditional style against accusations of cosplay when you’re not actually engaging in cosplay. And given that the tailors of Savile Row sell contemporary, wearable, real-life-appropriate clothing, perhaps contemporary, wearable, real-life-appropriate clothing might have been worn for the protest.

The real truth is that when we were on Savile Row a few months ago, doing interviews for the very next episode of Put This On, the businessmen of Savile Row were completely unbothered by A&F. Richard Anderson, the tailor-owner of one of the Row’s more successful storefronts told me that while he’s no fan of their clothes, he appreciates the foot traffic. Patrick Grant, the owner of Norton & Sons, told us the same thing. They’re protected by a pretty extensive system of laws that require tailor-manufacturing to use most of the street’s square footage, so while it’s annoying and gross, it’s not really a threat to them.

(photo via The AP)