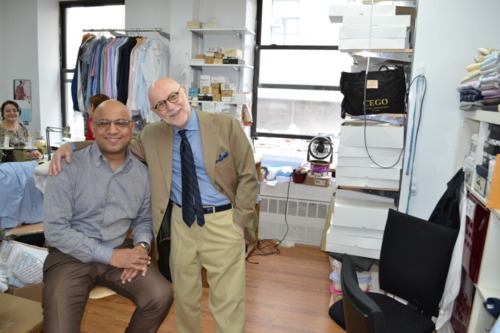 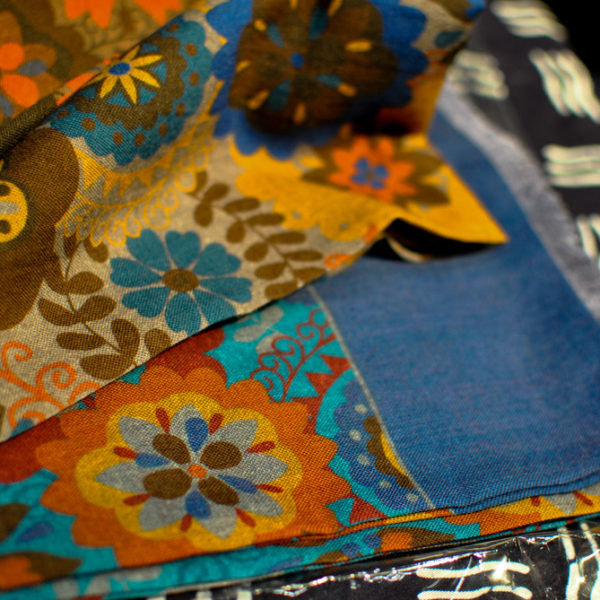 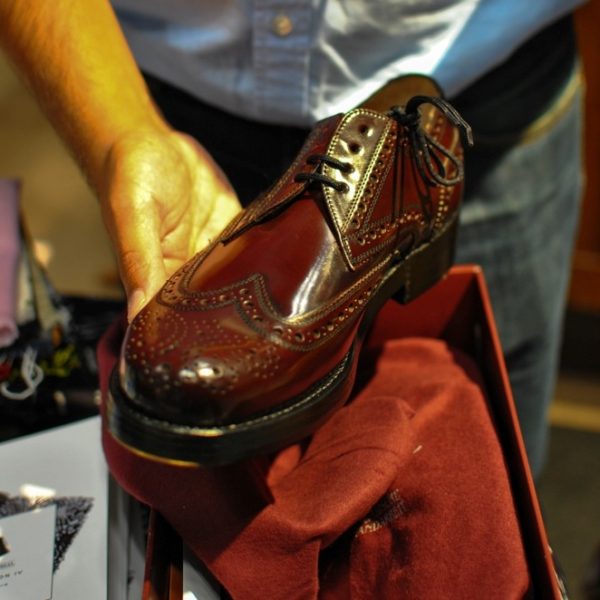 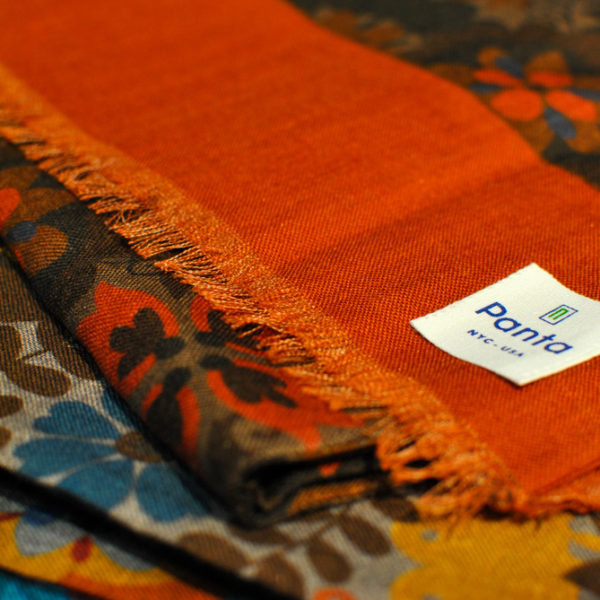 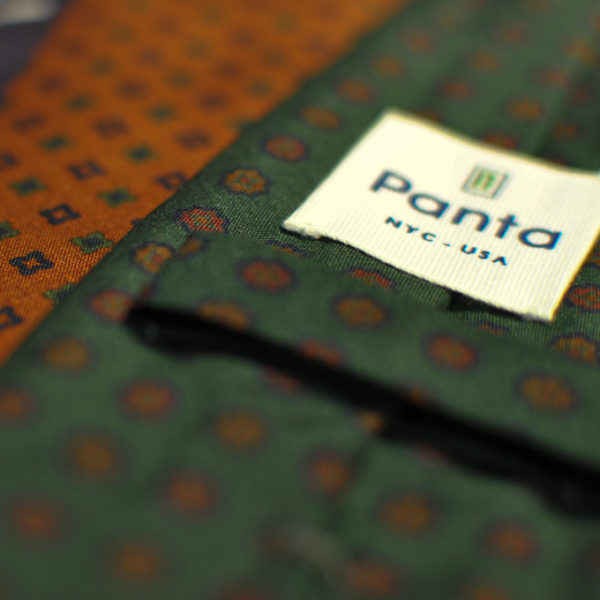 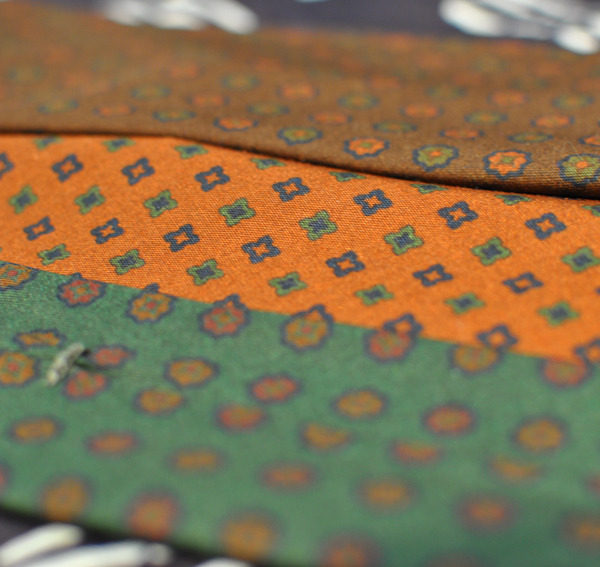 Ed Morel, proprietor of Panta, poses the central question of classic mens clothing in terms of high school: “I went to prep school and I had to wear a tie every day. I could wear a navy or burgundy blazer, but everyone wore the navy. After school we’d go out, try to talk to girls. How do you stand out a little bit within that realm?”

It’s that quality of standing out in a quiet way that many of us are looking for when choosing what we wear. “It’s classic menswear. You’re not reinventing the wheel. You’re wearing a shirt, you’re wearing a tie, you’re wearing a jacket and pants. Ties are within certain widths. Lapels, too. Maybe I’ll wear an eff-you sportcoat and plain pants, or eff-you pants and a solid jacket, and that’s very boring"— he laughs—"It’s incredibly boring.” (Eff-you, in this case, means louder, plaid-er fabric. Ed is pictured above with Bruce Boyer at Carl Goldberg’s Madison Avenue workroom, wearing a shirt and pants.)

The start of Panta

As we step from booth to booth at MRKet, a men’s clothing tradeshow in New York, Morel shops for clothing and shoes to carry at Panta, and with characteristic rapid-fire cadence and self-deprecation, tells me about founding the company. “It would be great if I could tell you a nice romantic story, like my parents came from some country, but… I always did like clothing. Living in New York, having access to the clothes and deals here, it led me to realize I could buy more, sell it, and pay for more clothes for myself.” Ed would buy low on high-end clothes, notably pants, at closeout sales and discounters, then sell high online. “But that inventory is limited, and I thought, ‘What if I had access to great pants all the time?’”

Ed set out to have pants made to his specs—fabrics from sources like Loro Piana and Dormeiul, in sometimes exotic blends and textures, finished by hand, in a signature cut with only one rear pocket—in New York. “Most makers don’t want to deal with the small guys. When I started, it was during the financial crisis,” and a lot of bigger customers were scaling back orders, leaving room for Panta’s business. The good reviews rolled in. Now Ed has developed relationships that allow him to regularly make trousers, ties, and shirts under his own ready-to-wear label, as well as custom tailoring, shoes from Heinrich Dinkelacker, and more to come. Made in small runs with refined cloth, the trousers have cost over $300, but Ed’s adding less expensive options, with some customization available even on the least dear (about $200—less expensive is relative). Fabrics come from top-end Italian and English mills, rare to see off-the-rack, and the make varies according to price point, with truly custom options made in New York by Rocco Ciccarelli.

We stop while Ed places an order with Ron Rider for a Cortina-made split toe derby and a chukka boot, both in shell cordovan. He asks my opinion, and I admit that I don’t generally like split toe shoes. Ed’s OK with that. Panta’s stock is small and focused on what he likes to wear himself. “I’m not going to sell double monks because I don’t wear double monks. I’m not ordering 40 different ties, 40 different pants. I carry four or six styles. The shoes go great with the types of pants that I sell, that go great with the shirts.” With his custom pant program, “We can do pretty much whatever you want, except anything that I find in bad taste.” E.g., no camo.

Ed’s not the only guy to turn personal taste into a small business, but he’s got his eye on bigger things. “It started off as a hobby, but now I’m looking to build something that’ll be around long after I’m gone. I’m working on building something that, if you see a shirt or a tie, you know it’s one of my things.”

Pictured are some of Panta’s fall 2013 silk ties (the silk has a very “dry” feel), as well as new scarves, and a pair of downright beefy Heinrich Dinkelacker brogues.