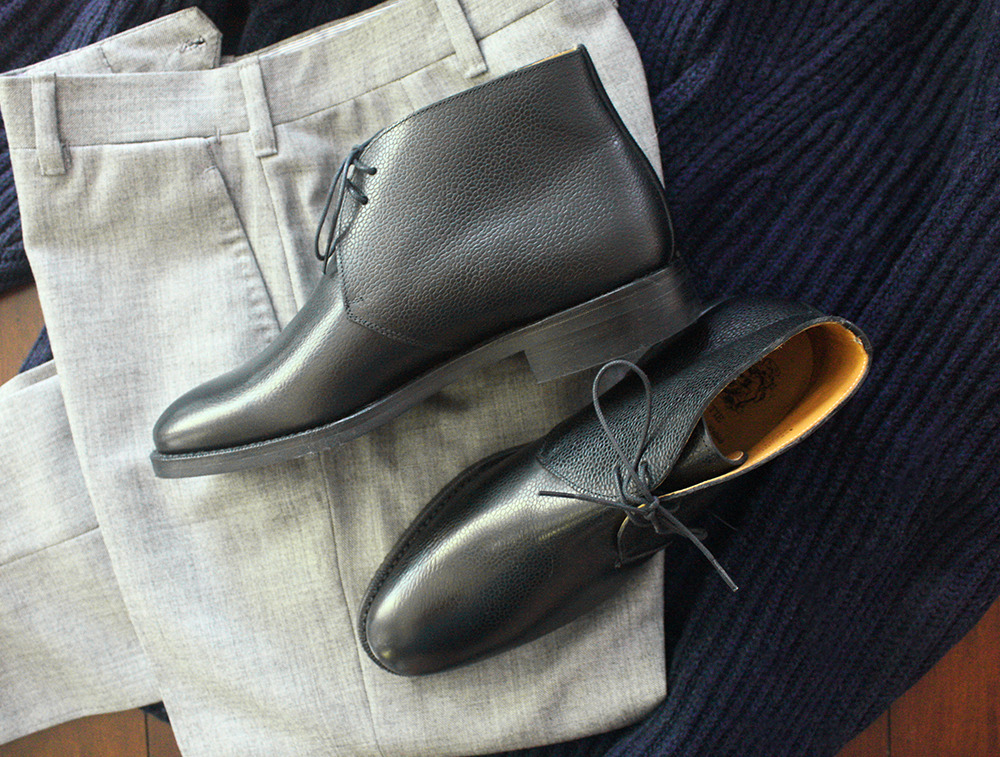 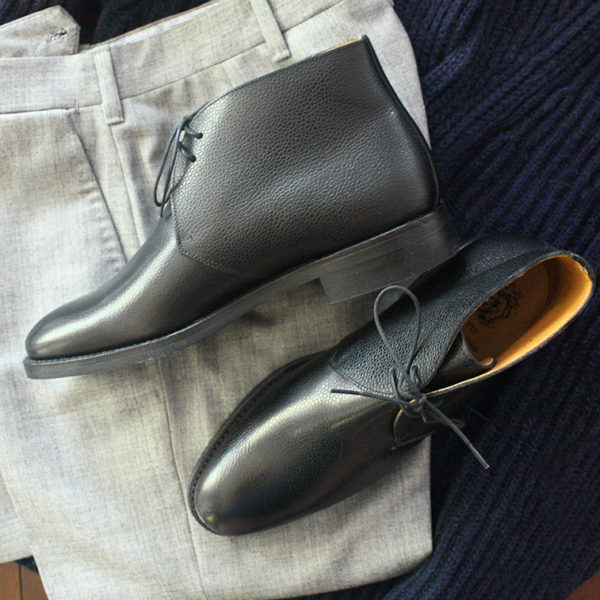 The market is a lot better nowadays for affordable footwear, but it also takes a more sophisticated consumer to separate to the wheat from the chaff. It’s no longer enough to just look for a Goodyear welt or Blake stitched sole. These days, companies are putting stitched-on soles on all kinds of shoes – ones made from shoddy materials, poorly constructed uppers, and welts that stick out like moats. In terms of straight-up value, few brands beat Allen Edmonds and Meermin, which we’ve been recommending for years.

Recently, however, I picked up these Dainite-soled chukkas from Bow Tie. Assuming the quality here is indicative of the rest of their line, they may have some of the best shoes in the “under $300″ category.

Bow Tie is a Spanish company with production throughout Spain, France, Italy, and the UK. They have three lines. Their “Causal” line features a cemented construction; “Goodyear Classic” is Goodyear welted; and “Premium Gold Series” is handwelted. As usual, we recommend the last two. With a sewn-on welt, you’ll be able to more easily replace the soles when they wear down – rather than just bin the shoes altogether when they get old.

The company uses cowhide leather for their insoles, rather than synthetics or paper, and top-quality leathers for their uppers. Tanneries include places such as Charles Stead, Tannerie du Puy, and Tannerie d’Annonay (respected producers that supply companies such as Alden). Of course, materials alone don’t tell the whole story. How well the uppers age depends a lot on how the leathers were cut, but it’ll be a year before I can report back on that. Besides, mine are made from pebble grain. Like suede, it’s easier to hide flaws here than smooth calf.

Still, if the quality of these chukkas is indicative of anything, Bow Tie seems heads above some other affordable footwear brands. The materials, last, and overall execution are just really nice – comparable to the much beloved Meermin. The only problem is the distribution. You can buy them directly from Spain, but international shipping is expensive and sizing is iffy. I’m an easy-to-fit 9D, but these are are a bit more snug than my other shoes. Simply put, there’s less room here for error than say, Alden.

My recommendation: go with Gentlemen’s Footwear in San Diego, who offers easy returns if things don’t work out (minus a 10% restocking fee). Their price is a little lower anyway at $265 with the checkout code extra10. They only have two models at the moment – a Norwegian split toe and penny loafer – but those options are pretty nice. They’re also getting new models come this fall.