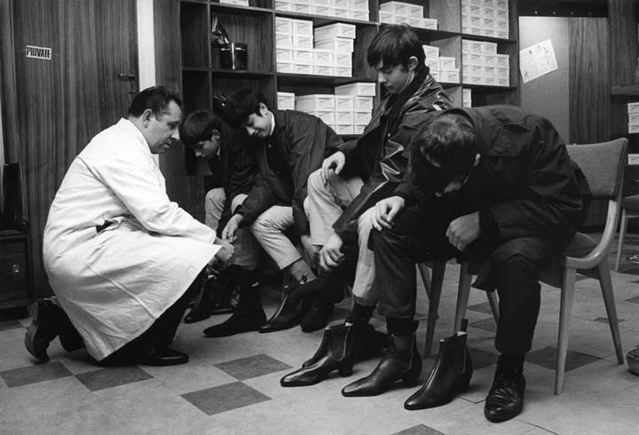 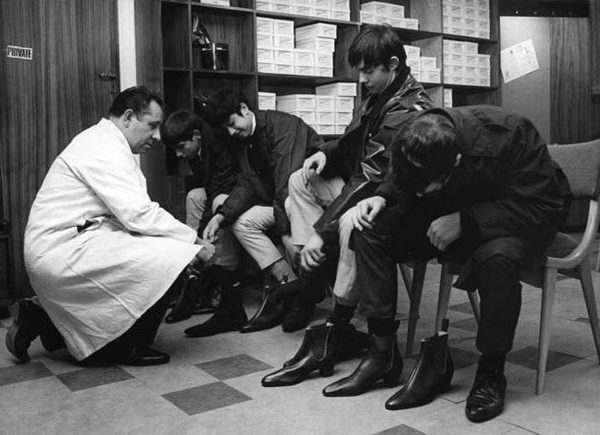 For as long as I’ve been interested in shoes, I’ve always favored boots, and one of the first kinds of boots I fell in love with were Chelseas. Chelseas are a kind of ankle-length, pull-on boot with elastic side gussets. They were invented in the mid-19th century as an alternative to the button boot, but they didn’t really gain popularity until the 1960s, when they were picked up by young men in Chelsea, London (hence the name) and then famously worn by The Beatles (though technically speaking, the Beatles wore a modified version of the Chelsea).

Various English shoe companies make Chelseas in their most classic form (the kind that we associate with the Mod movement of the 1960s). On the uppermost end, there’s Edward Green’s Newmarket, which are fantastically beautiful, but also fantastically expensive. A bit more affordable (but still quite expensive) is Crockett & Jones. They have three versions, simply named models 3, 5, and 8. Their Chelsea 3, being the sleekest and featuring a single-layer leather sole, is the dressiest. Models 5 and 8, on the other hand, are built on studded Dainite soles, with number 8 being a nice, almond-toe compromise between the sleekness of number 3 and the roundness of 5. You can buy these from Crockett & Jones or Barneys New York, though Pediwear, Robert Old, and P. Lal will likely have better prices (note, P. Lal’s prices are denoted in Malaysian ringgit, so you have to convert them).

Slightly more affordable options can be had through Grenson, Shipton & Heneage, and Carmina. Our friends at The Armoury stock the Carmina version in the very sleek Simpson last, while Skoaktiebolaget sells them in the slightly less tapered Rain (a last, as many readers know, is the form that the shoe’s leather is pulled over, and is what determines the shoe’s shape). Carmina can also custom make Chelseas for you, where you choose the last and material, but this comes at a 50% upcharge.

For something more affordable still, there’s Loake and Herring, Charles Tyrwhitt (don’t be fooled by the sale, as they’re always on sale), Markowski, and RM Williams. You can also check eBay, although you’ll want to be careful to avoid the frumpy versions (I’m not a fan of Blundstones, though my friend Jake over at Wax Wane likes them).

If you’re considering getting a pair, try them in black. Those are arguably the easiest and most versatile to wear. If shaped right, and built on a leather sole, they could span everything from suits to jeans. Brown leather would also work well, although on the suit end, they might need to be paired with more casual options (Mark over at The Armoury can be seen here looking great in his tan suit, blue gingham shirt, and Gaziano & Girling Chelseas). Brown suede could also be nice, especially under a pair of tan cavalry twill trousers or some light, washed blue jeans. Whatever you choose, I recommend wearing them with a slim trouser leg, just to keep with the Mod tradition.