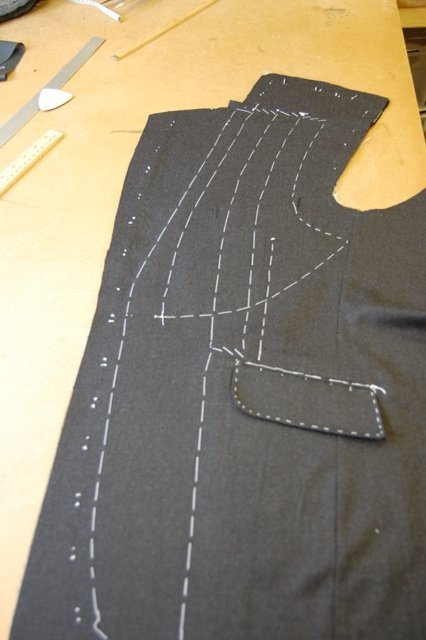 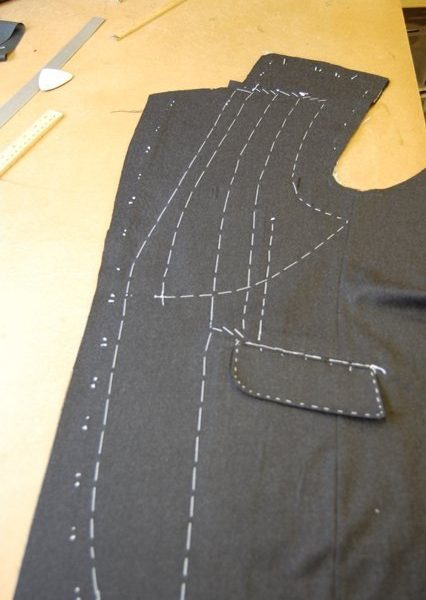 I’d been debating whether to hold on to this little tip for a future video episode, but it looks like we’re not doing a thrifting episode in season one, so I’ll let you in on it now. It’s probably the most useful bit of information you can have when you’re shopping for suits and sport coats.

One of the key differences between high and low quality coats is the construction. The chest of any jacket is composed of three layers of material – the fabric on the outside of the coat, the lining that makes up its inside, and a layer of canvassing in between that gives the coat its shape.

In a high-quality jacket, these layers are stitched together, mostly by hand. This allows the coat to drape over the body naturally, and the horsehair canvas used in this process gives the coat an optimal form. This is called a “fully canvassed” coat.

In a lower-quality jacket, the structure of the jacket is provided by fusible interfacing. It’s a sort of combination of fabric and glue. The manufacturer uses heat and chemicals to bond this fusing to the outside fabric layer of the jacket. This is called a “fused” coat.

Sometimes, a combination of these two processes is used – typically the chest is stitched, which the lower part of the front is fused. This is generally called “half-canvassed.”

In the 60s and 70s, when fusing was new, the technology was awful. It often led to bubbling and stiffness in the chest. These days, the technology has come a long way, and these problems are less common, but it’s generally accepted that full canvas is the way to go.

How Can I Tell?

If you’re in a store, it’s easy to check whether the coat you’re looking at is fused or canvassed. Pinch the chest fabric and lining between your fingers. If it’s canvassed, you should be able to feel three distinct layers – the outside fabric, the canvas, and the lining. If it’s fused, you feel two layers, or (especially if it’s older) you may feel the outside layer tear away from the chest piece. To distinguish between full and half-canvassing, pinch down by the buttons.

Give it a few tries and you’ll get the hang of it. Feel a Brioni coat, and you’ll see that the layers are fully independent. Feel something at H&M, and you’ll feel a stiff outer layer and a lining. Brooks Brothers’ standard suits are half-canvassed; Golden Fleece is fully canvassed.

The vast majority of coats these days are fused, and the quality of those can vary widely from awful to pretty decent, but if it’s canvassed, it’s almost certainly a high-quality piece.