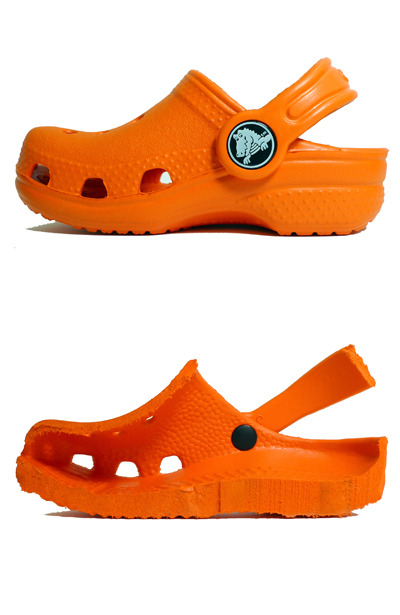 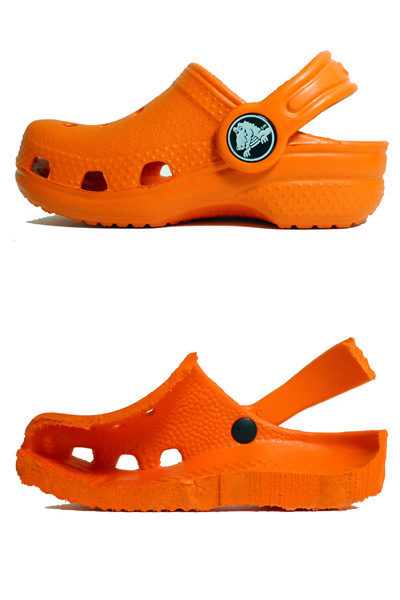 In the blog Archinect, Mark Faulkner writes that Crocs, the nightmarishly ugly boating and gardening shoe for children, are “the free plan of footwear. They free the barriers of the floor surface; sand to water to hospital, to home, to kitchen, to 5th Ave. No other shoe can achieve such a diversity of surfaces. They democratize footwear and break gender barriers.”  This is true, in the same way that the wealth of the first world and the 60-year trend toward casual clothing in all spaces of life has “democratized” clothing generally.

But what do we lose?

When someone posted our first episode on Metafilter, a poster asked why young people would want to dress like old people.  Certainly, my generation (I’m 28) has shown a greater interest in tailored clothing than did my parents’ generation.  My grandmother recently passed, and going through her photos, we found numerous pictures of my father and his two brothers.  As children in the late 1940s, they were pictured as if dressed for church.  As adults in the late 1960s, they were all sloppy hair and torn blue jeans.

Our parents often saw clothing as a binary: you were the man, or you were cool.  Being cool meant defining yourself in opposition to previous generations however you could – blue jeans were for juvenile delinquents, pants were for women’s libbers, whatever.  This had a class element as well – in the 1970s and ‘80s, the ruling class of the US, the WASPs, managed to wrestle control of the dialogue and promote traditional clothing as a symbol of affluence.

But it’s 2009, now.  Some of the best dressers are those who see the value of tradition and move it in new directions.  One of my favorite contemporary dandies is Andre 3000 of Outkast, whose most recent line for Benjamin Bixby was a riff on colonial India – a real Ruling Class.  Of course, coming from a rapper from Atlanta, that signifier has a whole different signification.  Similarly, Thom Browne has become the most influential designer in menswear by taking the most traditional of traditional men’s clothes and shrinking its form to emphasize its “monkey suit” qualities.  Instead of being a liability, the tightness and formality of formal clothes becomes playful – a joke, but one that values its premise.

I think my generation is realizing that there is value to the traditional meaning of clothing.  There’s value to formality, to wearing a costume that signifies respect for social structures and occasion.  I also think that my generation understands that meaning is more complex than the binary – rich/poor, stuffy/cool, smart/vapid.  And that the most of the best style understands context and aesthetics equally well.

Also that Crocs are for gardening, riding on leaky boats, and children.