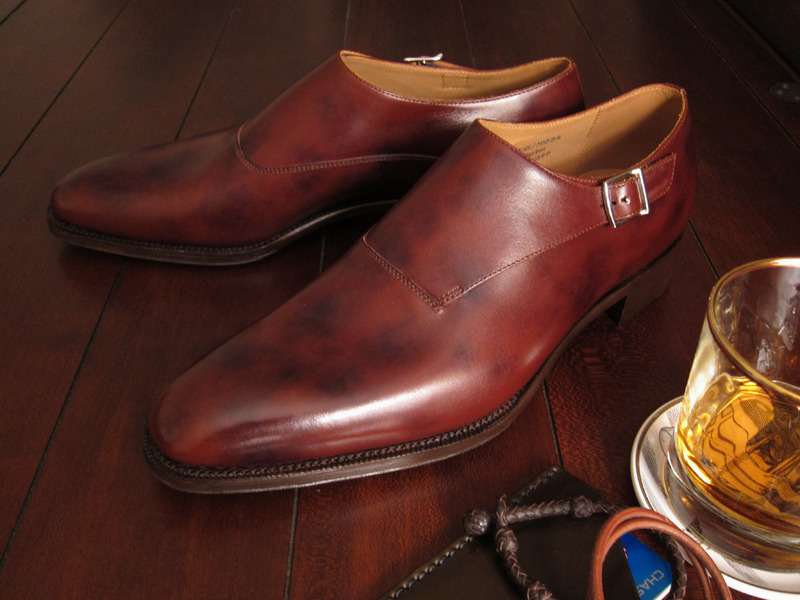 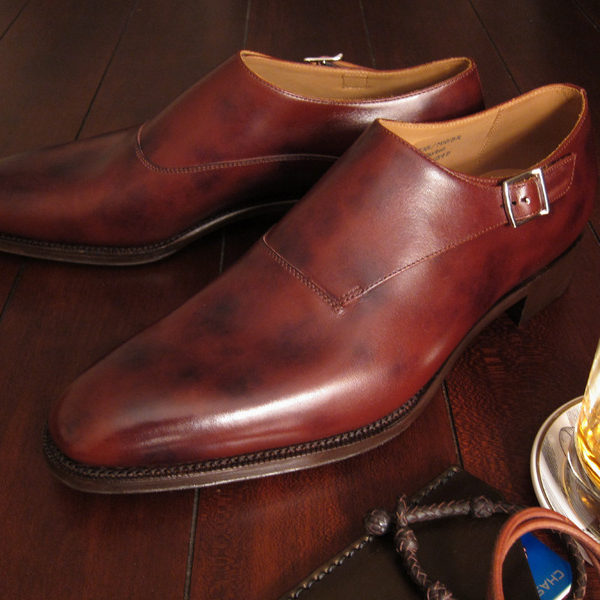 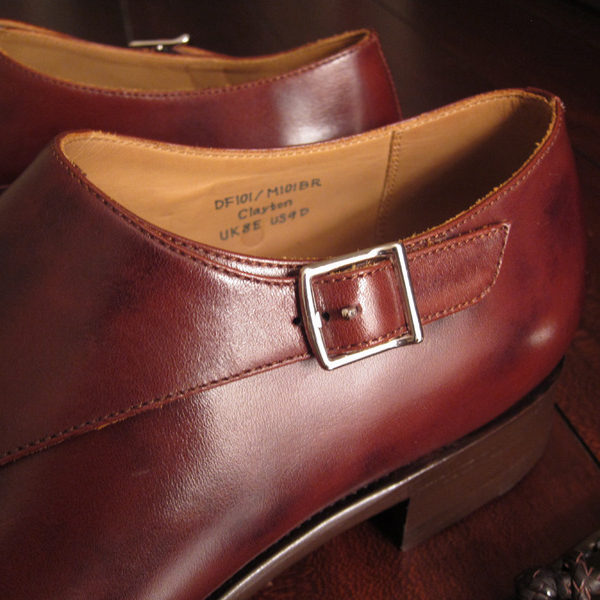 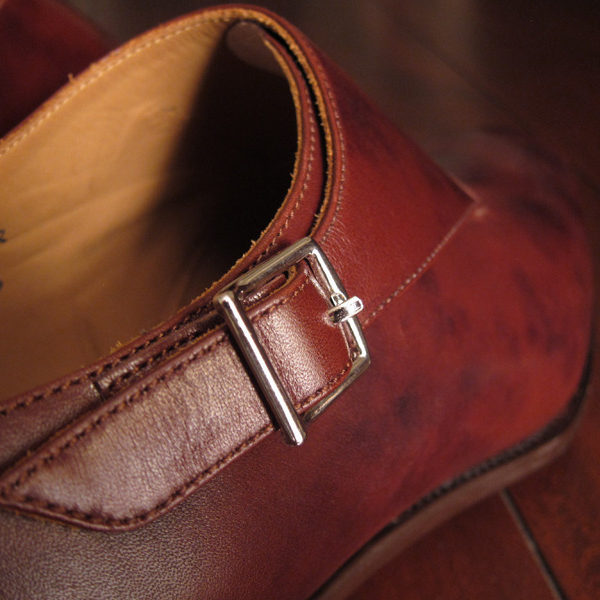 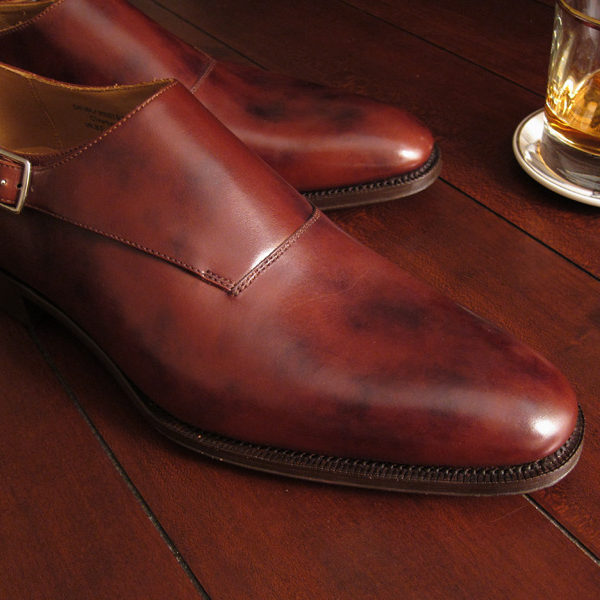 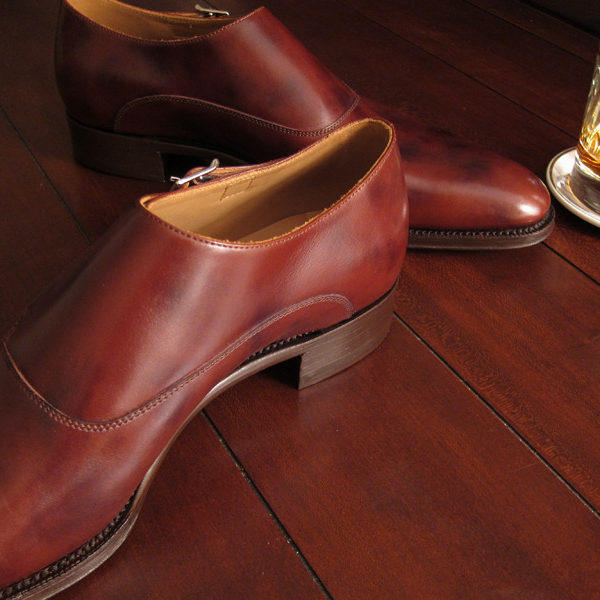 Two well-respected StyleForum members (distinctive and rebell222) recently started a new company called D.C. Lewis Footwear. I was asked to review one of their shoes, so I agreed to have them send me a pair of their Claytons.

DC Lewis’ Clayton is single monkstrap that looks very reminiscent of John Lobb’s Vale. My impressions of the styling are very positive. The asymmetric last is elegant and sleek. It’s balanced in a way that gives the shoe a kind of rakish sophistication without crossing over into rudeness. I was a bit concerned that the vamp was going to be too plain for my taste. For single monkstraps, I general prefer models such as Edward Green’s Oundle to John Lobb’s Vale, where the vamp has stitching that meets the quarters on both sides of the shoe. However, having tried these on, I think the cleaner vamp is actually better for a design like this, where the strap cuts back this high.

Construction wise, these are Goodyear welted on a single sole. The sole is made from a chestnut tanned leather; upper from a vegetable-tanned French box calfskin; and inside is a full leather sockliner. There are no fiberboard or reconstituted leather products here, which is good. The only possible “downsides” are the gemming and synthetic toe puff. I put downsides in quotations because the arguments against these features have been (in addition to insane) largely inconclusive. In any case, if you don’t know what they mean, don’t worry about them. Unless you’re in the position to buy Vass, Saint Crispin’s, Stefano Bemer, Scafora, or Cleverley, you will be mostly living in a world of gemmed shoes and synthetic toe puffs anyway, so it’s somewhat of a non-issue. In short, the construction on these is exceptionally good, at least on face value.

My only hesitation with DC Lewis is that they’re made in Laos and Taiwan. For shoes that cost around the low $400s, I’d like to know more about how they wear, and given that there’s not much information about the manufacturing houses, I think this matter is still undecided. However, I really like their styles and lasts. Both their Clayton and Porter models look like sleekly styled shoes that you’d normally only expect from more expensive European manufacturers. I also like that you can customize your order by choosing from fourteen different materials, and get their shoes with a fiddleback waist (a handmade detailing that’s typically only found on much higher-end shoes). In the end, while the jury is still out on how these will age, I think DC Lewis offers a good option for people looking at quality shoes. They’re especially nice for those who appreciate sleeker, more elegant styles, and enjoy a bit of high end detailing. For those interested, you can order the shoes directly from DC Lewis through their StyleForum page, or buy them from Kent Wang.