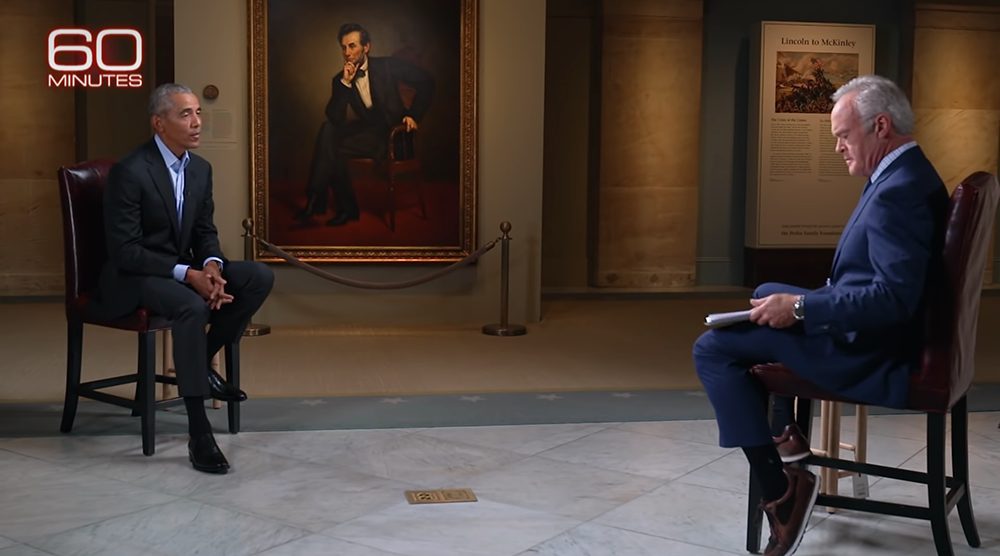 Imagine you had an interview scheduled with a former President of the United States. It could be anyone in history, whether you supported the person or not. What would you wear? Almost certainly a dark worsted suit in a conservative color such as grey or navy, paired with a white dress shirt and dark tie. Perhaps a pocket square if you didn’t think it was too distracting. And a pair of dress shoes. Such is the bare minimum.

Last night, CBS aired their 60 Minutes interview with former President Barack Obama. The interview comes ahead of the release of A Promised Land, the first volume of Obama’s two-part memoir. For the interview, CBS correspondent Scott Pelley got at least two of the things on our list: a dark suit with a dark tie. Instead of a solid white shirt, he wore a checked blue and grey shirt (reasonable, even if a little casual). But for his shoes, he went with dress sneakers in what looks to be a burnished leather with fabric paneling and a treaded outsole.

Dress sneakers have become alarmingly popular in the last few years. They’re a Frankenstein’s Monster hybrid of dress shoes and sneakers, using the dressy uppers of the first with the comfort soles of the second. Allen Edmonds now offers their most popular models, including the Strands and Park Avenues, with rubber outsoles and FlyFoam insoles. They even come with shell cordovan uppers, should you desire. Over at Cole Haan, you can find wingtips that vaguely resemble Nike’s Flyknits. Magnanni offers a few designs with multiple layers of crossover, including a burnished, mixed-media, cognac suede double monk in a sporty silhouette. Even Paul Stuart, once standard-bearers for classic men’s style, has something they call their Metro Collection. 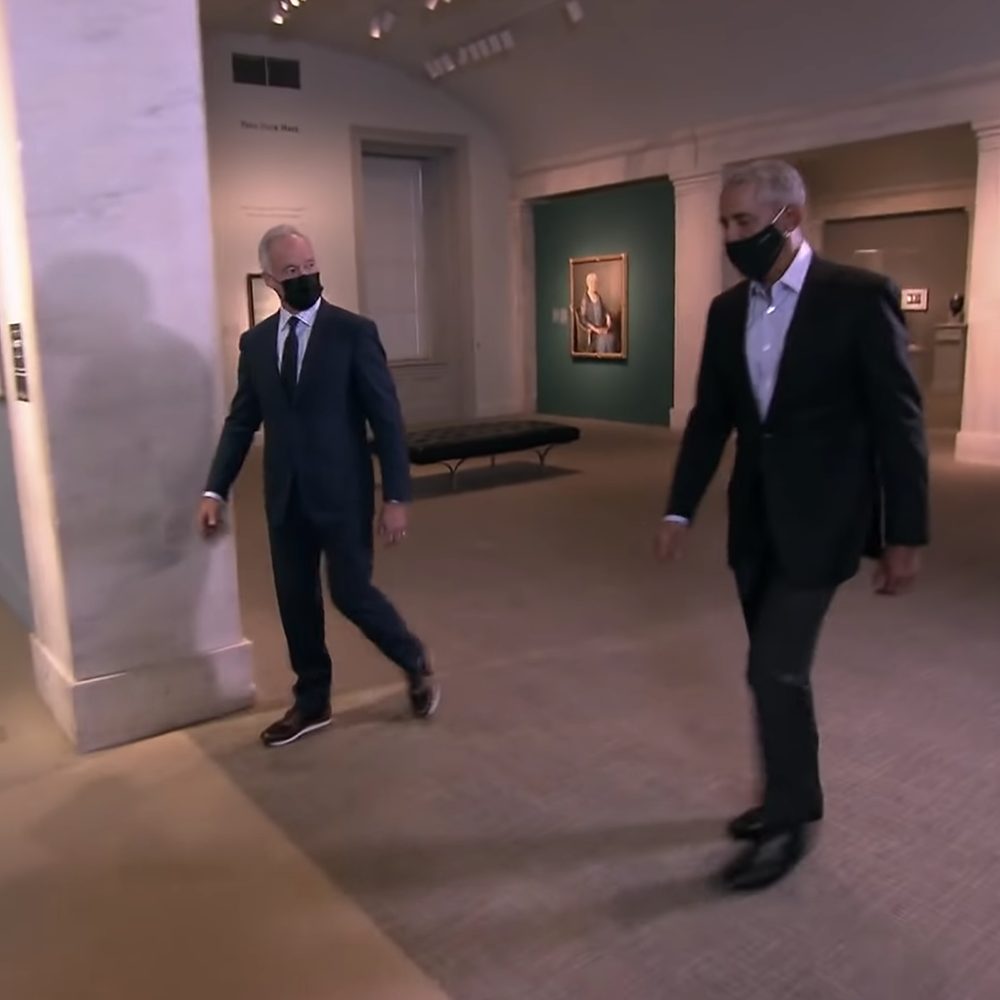 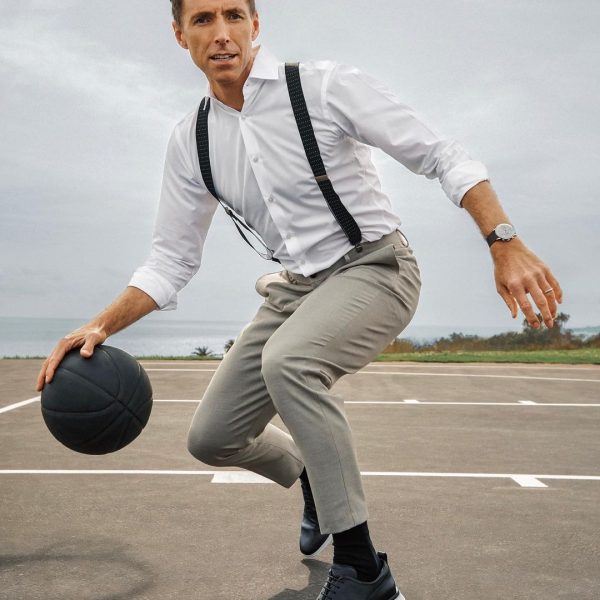 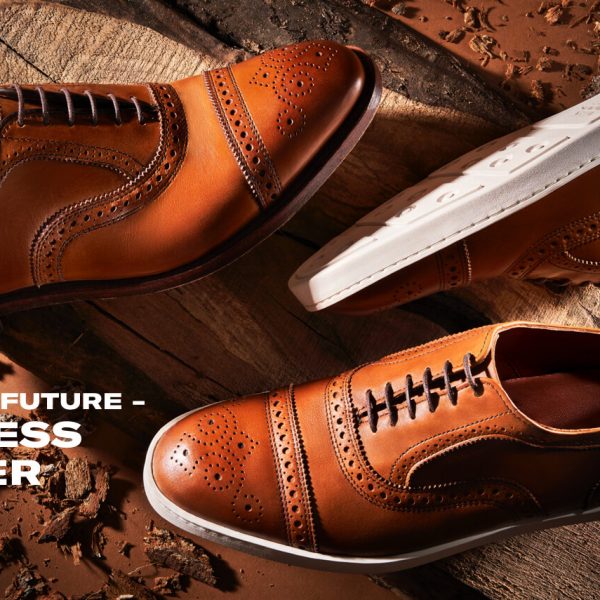 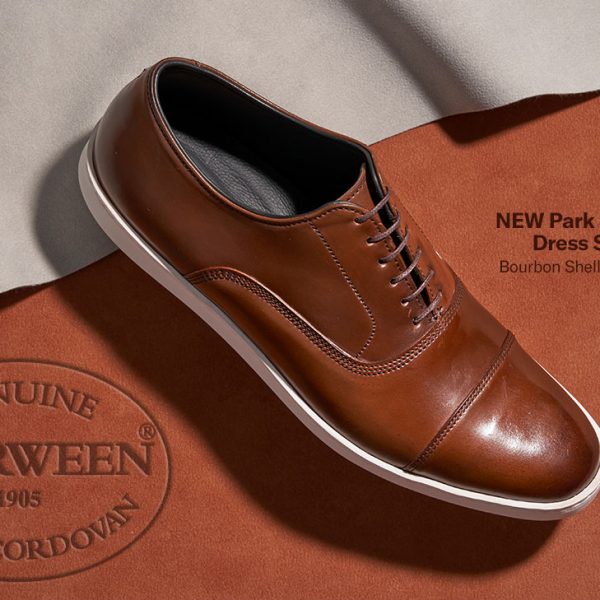 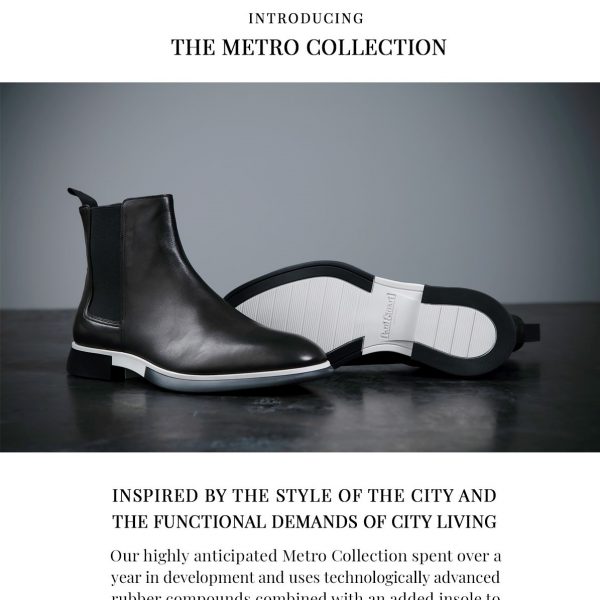 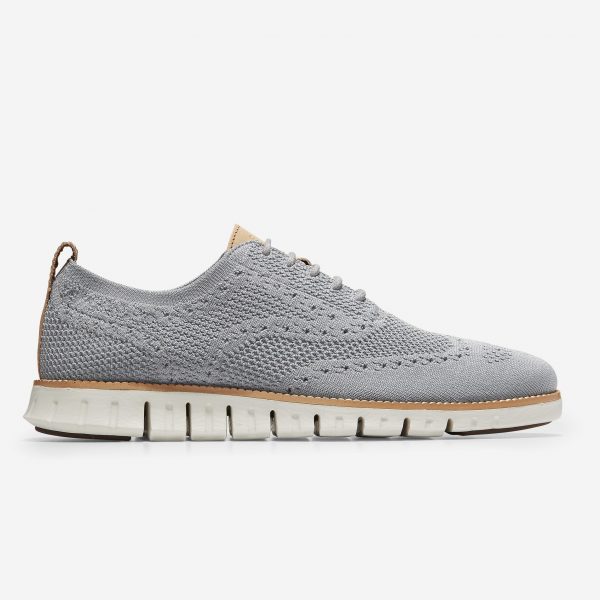 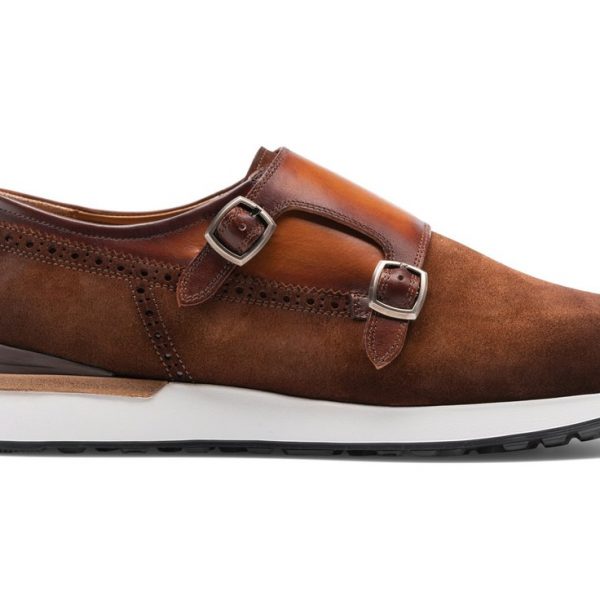 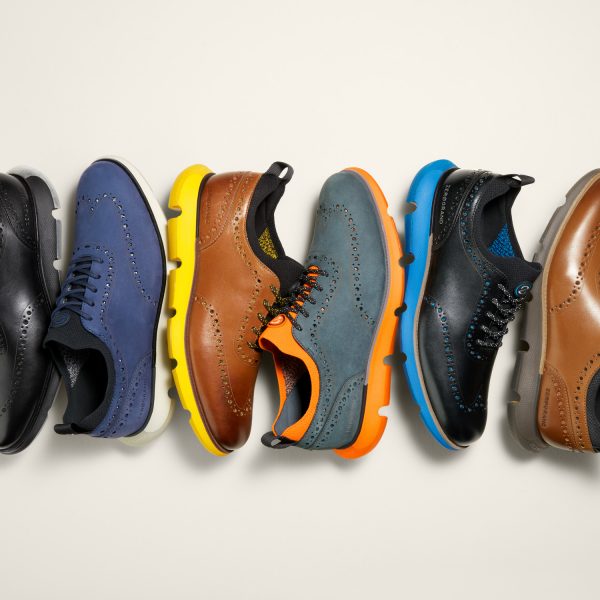 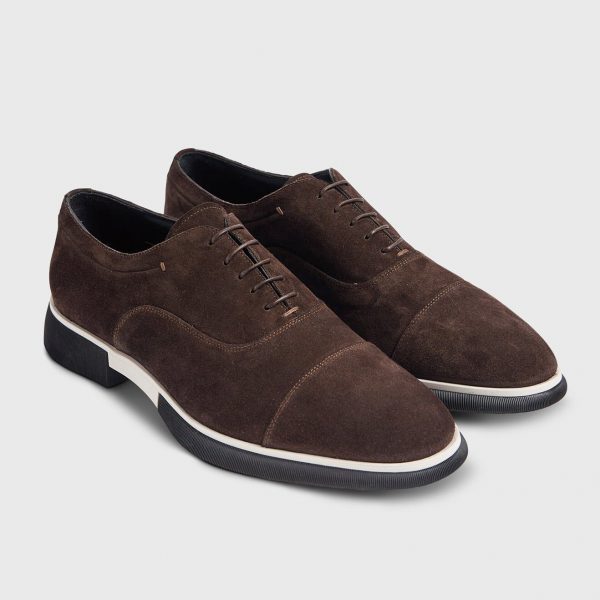 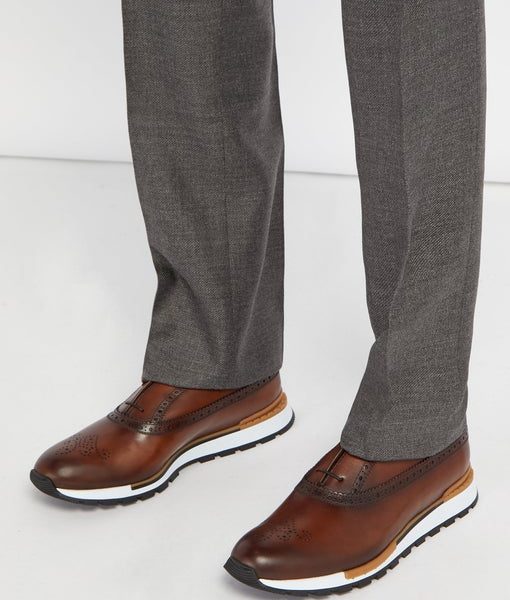 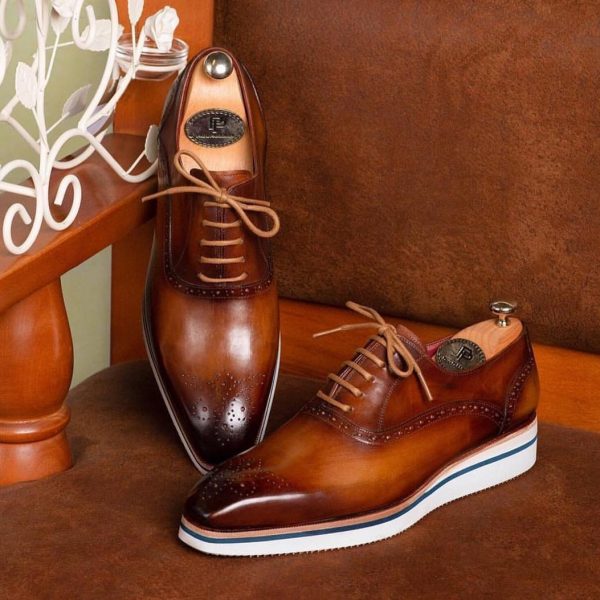 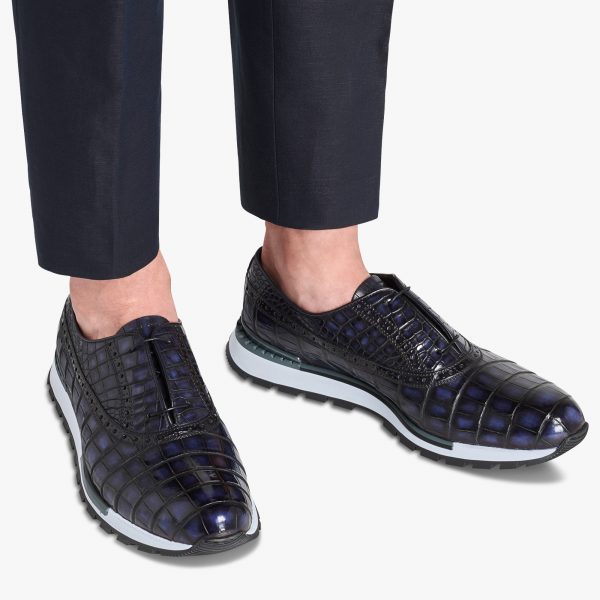 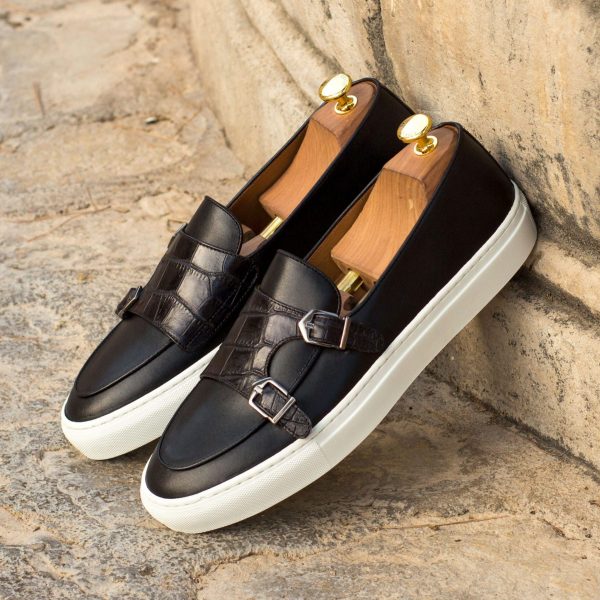 Such sneakers have become popular for a few reasons. As men’s style has become more casual in the last ten years, traditional shoe brands have tried offering such designs as a way to stay relevant. Many men also equate dressing up with dressing well, but are afraid to stand out, so they want something that looks suitably casual in their business casual environments. Plus, after decades of wearing cushy sneakers, many find traditional footwear to be uncomfortable (they do, admittedly, take some time to break in). Lastly, some blame can probably be attributed to Common Projects. Twenty years ago, the idea of selling a luxury sneaker seemed outrageous. Now brands such as Loro Piana, Berluti, and Tom Ford have sneakers that cost upwards of $9,000, and a stitched-on Margom outsole has become something of a sign of casual luxury.

All-white, minimalist shoes such as Common Projects’ Achilles Low are too simple to be offensive. But these other dress shoe hybrids are an abomination. They’re too dressy for casualwear; too casual for tailoring. Most of all, they look tremendously dorky. These are the UNTUCKits of footwear; the Patagonia fleece vest of shoes. These shoes look like they sleep on a Casper mattress. They want you to subscribe to their Substack.

There are so many great sneaker options out there, we’ve recommended no fewer than fifty. If you want a classic sneaker, you can pick up a pair of Chuck Taylors, Nike Air Force 1s, or Vans slip-ons. There are also countless remixes from niche companies such as Visvim and Novesta. Common Projects’ b-ball highs are an upgraded version of Nike’s iconic Air Force 1s. Some of my favorites are the retro-running shoes styled after sneakers from the 1970s. I find they go fairly well with things such as Champion sweats, mountain parkas, shorts, Shetland sweaters, and jeans with an oxford button-down. If you really have to wear a suit with sneakers, make it a casual suit with all-white Common Projects.

But if you’re going to do something as serious as interview a former President of the United States, stick to the rules. Sometimes our clothes aren’t about projecting our personality, but simply respecting the occasion. 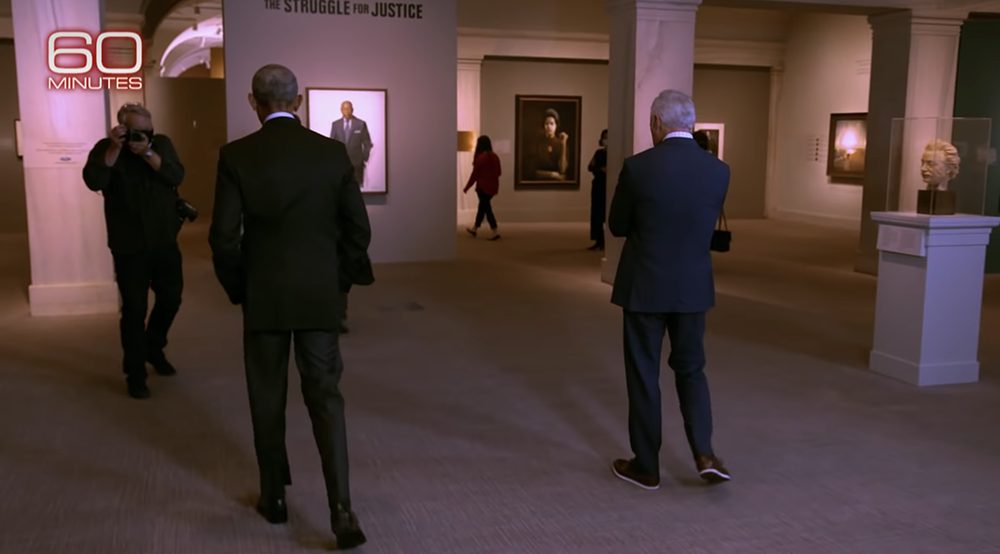