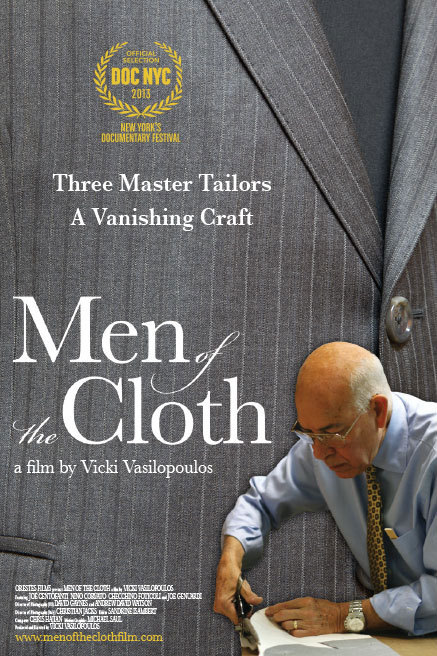 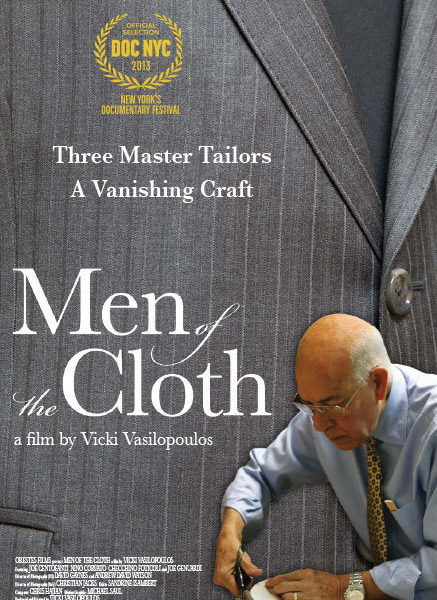 The long awaited Men of Cloth film is premiering in New York next month. The film is about three Italian tailors facing the decline of the apprenticeship system. Traditionally, very young men (often children, really), enter the tailoring trade at an early age, but with growing opportunities elsewhere, fewer and fewer have gone into tailoring, which has left many master tailors without students. This particular film focuses on three men: Nino Corvato and Joe Centofanti, who are both traditional custom tailors in the US, and Checchino Fonticoli, who has spent his entire career at Brioni.

The film is premiering on November 19th and 21st at New York’s Documentary Festival (Doc NYC). You can buy tickets here, and see the trailer here. Some other interesting documentaries will be at the festival, which you can browse here. Seems like it could make for a fun activity if you’re in town.

Also, in case you’re unaware, our friend Gianluca Migliarotti (who directed and produced O’Mast) recently came out with a documentary on Florentine tailor Antonio Liverano. I had the opportunity to see it some time ago, and it’s a great film. Recommendable to anyone passionate about Italian tailoring, bespoke clothing, or even just traditional men’s style in general. You can see the trailer here. DVDs can be bought from The Armoury, Exquisite Trimmings, or The Hanger Project.