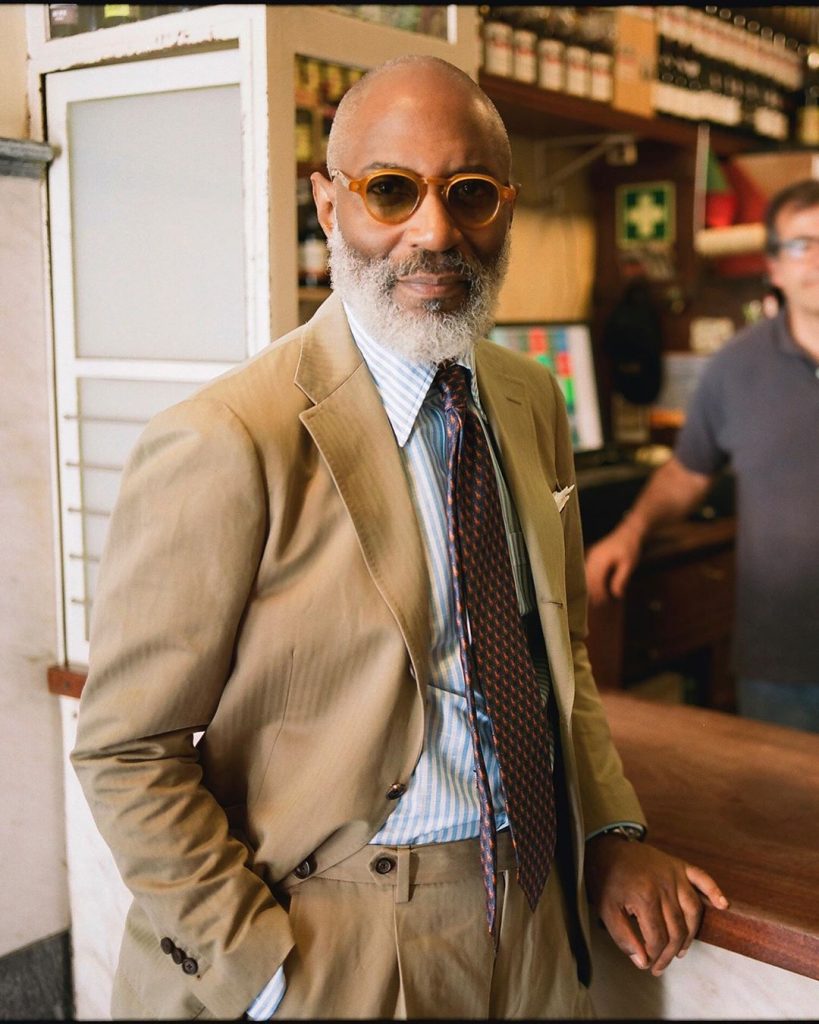 They’re as reliable as the fireworks themselves. Every Fourth of July, stores across the United States use Independence Day as an opportunity to clear out some seasonal stock. Here are five great sales we spotted. Not all of them are strictly Independence Day sales — some are archive sales, some end-of-season sales, and some are anniversary sales. But they span everything from tailoring to contemporary to workwear. Hopefully, you can find something in the mix.

Drake’s: Up to 30% Off Seasonal Items

You’ll never be as handsome as Jason Jules, pictured above, but with Drake’s sale, you’ll get closer. At the moment, they’re having their end-of-season sale, where you can find select items discounted by as much as 30% off. In the past, I’ve found that things tend to go quickly. Drake’s will do another round or two of price drops, but styles and sizing tend not to last very long here.

Jason above can be seen wearing this tan, herringbone suit, which is available for $1,256 (not inexpensive, but also not a bad price for a well-styled, half-canvas suit nowadays). There are also mid-gray wool flannel trousers ($270), raw denim jeans ($220), tasteful navy ties ($116), crinkly rayon-blend scarves ($130), and bold striped shirts ($186). For guys who want to wear sport coats with denim, Drake’s jeans have one of the best cuts I’ve seen anywhere. They’re a slim-straight model with just a bit more room in the rise, which makes them look better with a tucked shirt and tailored jacket. 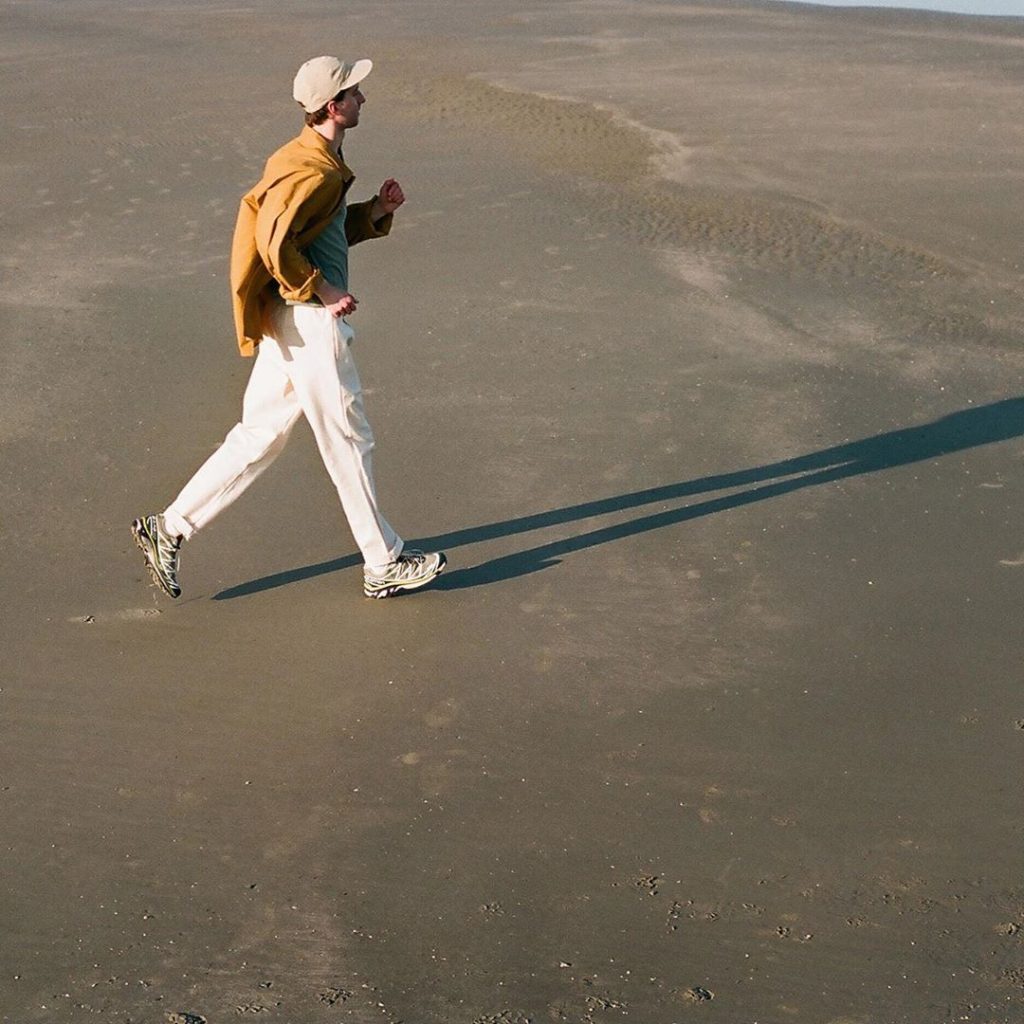 Namu is a contemporary clothing store based in Houston, Texas. They sell things that sit somewhere between workwear and minimalism — jackets that can be worn with jeans for a more rugged look, or with elasticated “easy pants” for something contemporary. Recently, James — who’s half of the company’s husband-and-wife team — got into grad school, so the operation will be moving shortly to Chicago for two years. As such, they’re having an online archive sale of old stock from previous seasons.

The store carries a lot of South Korean brands that would be hard to find elsewhere, such as Eastlogue and Document. They also have notable Japanese labels such as Niche, Ts(s), and Kaptain Sunshine (the last being my favorite of the bunch). See this gray wool pile sweater from Maillot ($92), Kaptain Sunshine “traveler pants” ($124), and tan Document summer shirt ($69). Namu is also holding their end-of-season sale, where you can find a more extensive selection of items. 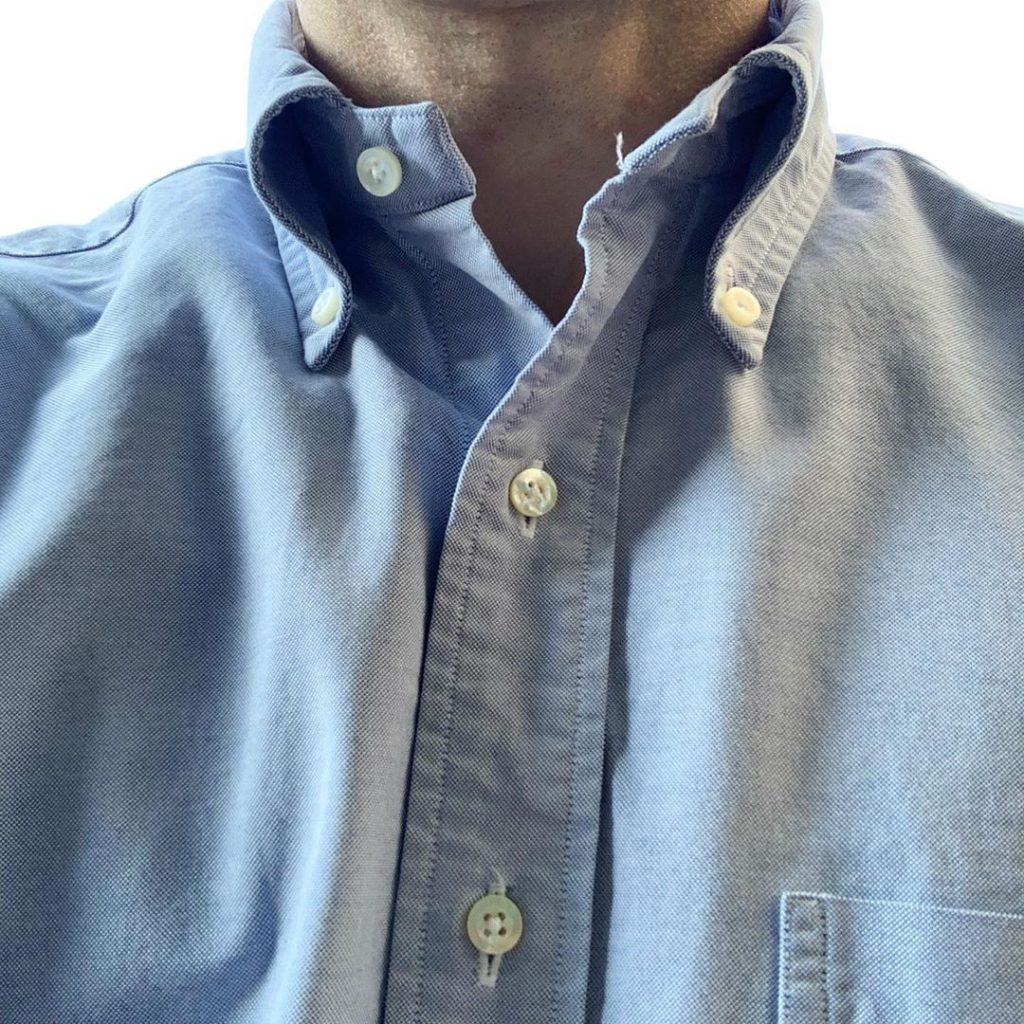 When Michael Spencer first launched, they received a lot of attention for being one of the only companies to offer an oxford-cloth button-down with a fully unlined collar. That interlining, a seemingly inconsequential detail, was a sticking point for many Ivy Style purists. Before the 1990s, all Brooks Brothers button-downs were made without an interlining, which gave their collars a softer, more expressive roll. But sometime in the ’90s, they decided to fuse their collars, which many felt made them look less trady.

A few years ago, Brooks Brothers went back to their unlined collars, but in doing so, they also took out their chest pockets and nearly doubled the price of their shirts. For guys who have a bit of scratch and prefer the pre-1950s style of OCBDs, that clean, pocket-free chest is excellent. But for many men, including me, that chest pocket is an important detail — it’s sportier, more casual, and part of a 1960s Ivy Style look.

Since Michael Spencer allows you to customize any of their shirts, you can get a made-in-the-USA, American styled dress shirt made to any style combination you prefer. For me, the ideal OCBD is one with a soft, unlined collar, regular placket, barrel cuffs, box pleat, and a single chest pocket. Michael Spencer offers them in four fits, which are similar to their counterparts at Brooks Brothers (so Michael Spencer’s modern/ slim is like Brooks Brothers’ Regent; Michael Spencer’s extra-slim is like Brooks Brothers’ Milano). Michael Spencer has summer classics such as bright plaid poplins, solid white seersuckers, and light blue end-on-ends. My favorites, naturally, are the oxford cloths, which are available for about $95. You can see Jerrod from the blog Oxford Cloth Button Down wearing one of their shirts above (I love that collar roll). 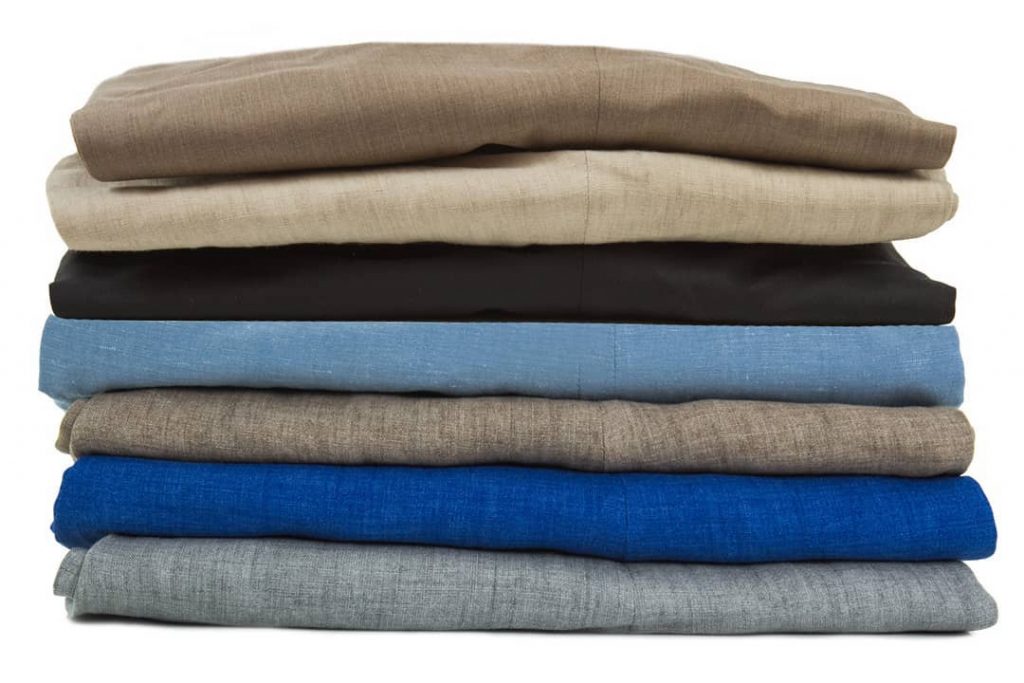 Dapper Classics: Up to 25% off

We’ve raved about their trousers before. Most quality trousers cost about $350 or more, mainly because they’re made abroad, often by Rota in Italy. With shipping and import taxes — which double up once you account for mark-ups — that means that wool trousers commonly cost about $350 or $400 (if you want something better than what you can from J. Crew). Dapper Classics, however, uses the Hertling trouser factory in NYC, which saves on some of those costs. As such, their trousers can still be made to top-end specifications, from fabrics such as Fresco, and sold directly to customers for about $225. With the current promotion, that knocks these down to about $169, which is a tremendous value.

For trousers that will be versatile, stick to colors such as light grey, mid-gray, and tan. Mid-brown can be excellent in the fall/ winter seasons. Navy is usually better with lighter colored sport coats, such as cream or tan, and casualwear. 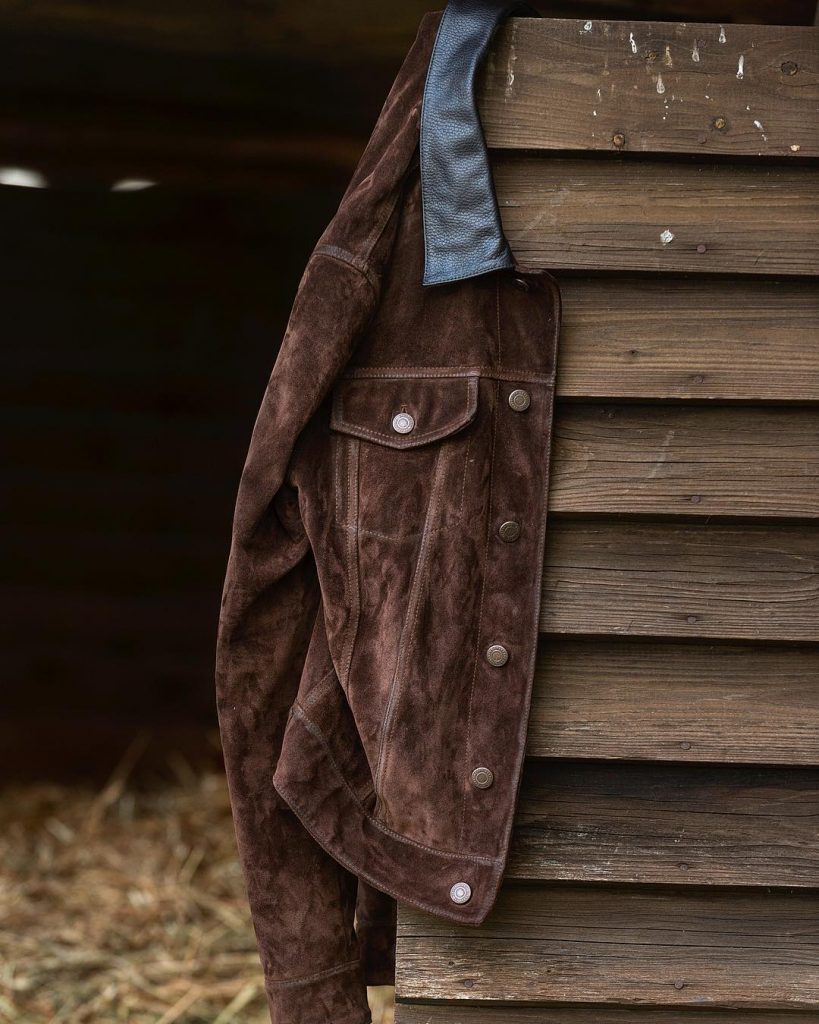 The Rake doesn’t actually carry all of their stock. Some items are held at their London warehouse, while other things are pulled from their retail partners. That means, if you order something available at their London facilities, it’s picked up immediately and shipped the next day. Other items need a little more lead time because The Rake has to order it from their partner, then ship it to you. You can tell which is which on the product page. You’ll know which is which because, on each product page, it’ll give you an estimated time for delivery.

That means that, if you search around, you can sometimes find items at The Rake available elsewhere on the web (since those partners also have online stores). The main advantage of ordering from The Rake is that they offer free shipping and returns, which can be really useful if you’re ordering something from an overseas shop. If you ordered it directly from their partner, it may be more difficult to make a return if things don’t work out — assuming you can return at all. If you order the same thing from The Rake, however, they provide a free return label and can collect the item from your home.

The inventory here is endless and includes famous names such as Anderson & Sheppard, Private White VC, Camoshita, Rubinacci, and Drake’s. At the moment, I’m eyeing these suede trucker jackets from Barbanera, which have been discounted to $539. Not inexpensive, but pretty good for a suede jacket that was made in Italy. Word has it that you can get a 10% off coupon if you download The Rake’s app, although I haven’t tried doing so.

For more sales notices, subscribe to our Inside Track newsletter. Every Saturday, we round up the best of online sales, which can be especially useful this time of year as we head into end-of-season promotions.