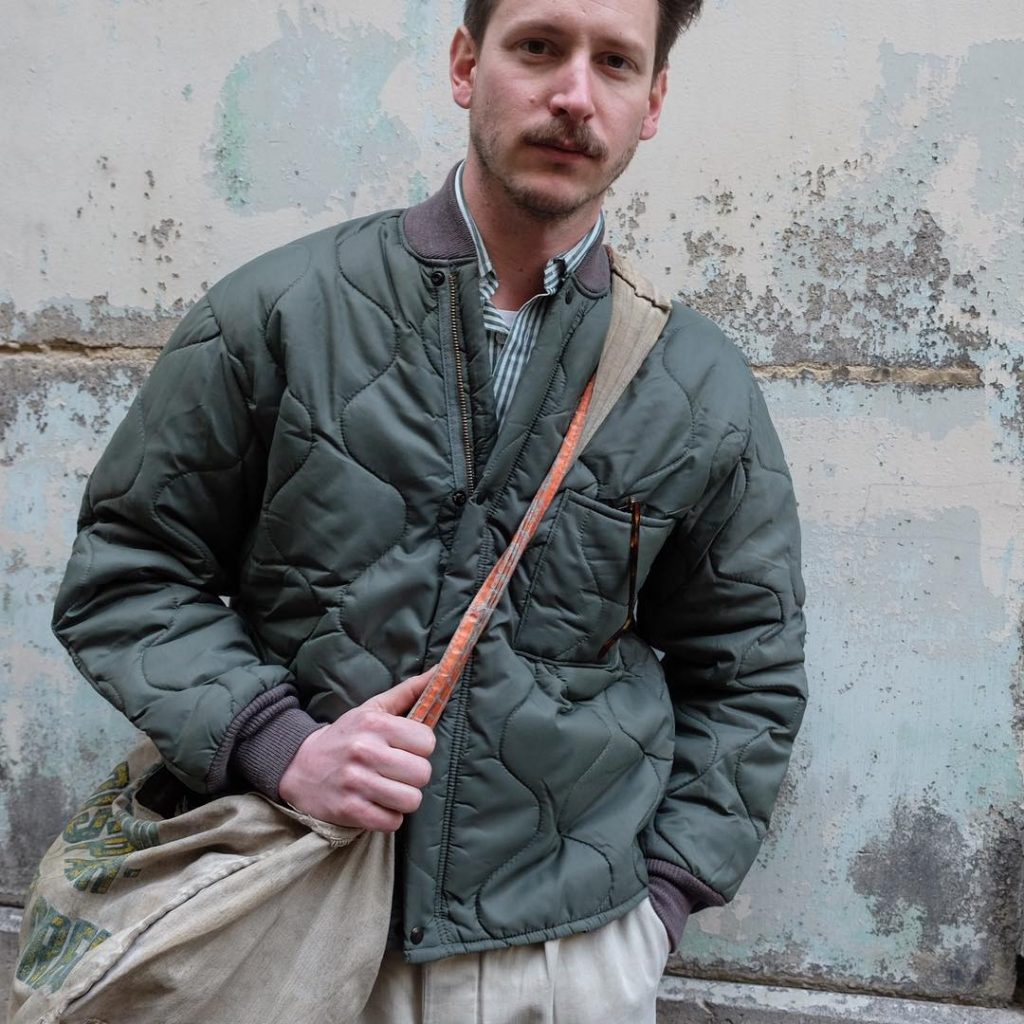 Fortune favors the prepared. A few years ago, while surfing for deals on eBay, I stumbled across a cheap Ten C liner. Ten C, for those unfamiliar, is an Italian outerwear brand that sits somewhere between Stone Island and Nigel Cabourn. The two founders, Paul Harvey and Alessandro Pungetti, perfectly blend techwear with heritage, innovative fabrics with classic military design. For me, some of their jackets are the best in their class — their M-65 nearly the Platonic ideal of an M-65, a fishtail parka that’s more interesting than I’ve seen anywhere else. Like many good things, however, they’re dearly expensive.

When I came across the liner, I didn’t even own any Ten C outerwear yet, but I figured I would buy it “just in case.” (This is the twisted logic of anyone who loves clothes). “I should get this just in case one day I do own a Ten C parka,” I told myself. “Really, I’m saving money.”

Well, at some point, I was able to save up for one of those parkas, but the jacket I wear the most is still that original body liner — not layered underneath my parka, but as a standalone piece of outerwear. I mostly pair it with  slim-straight jeans from 3sixteen, a chunky zig-zag textured sweater from A Kind of Guise, and some overdyed side-zip boots from Kapital (all pictured below). It’s a nice in-between piece when I want something warmer than a cotton jacket, but don’t want to deal with the bulk of heavy outerwear. Basically the perfect thing for spring. 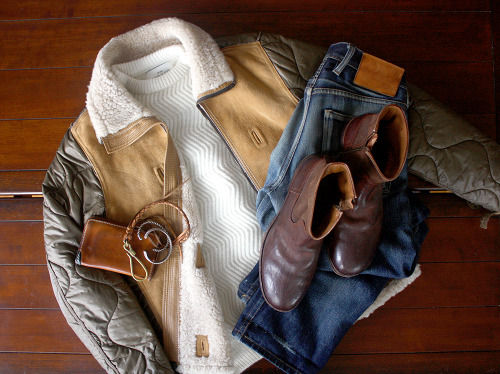 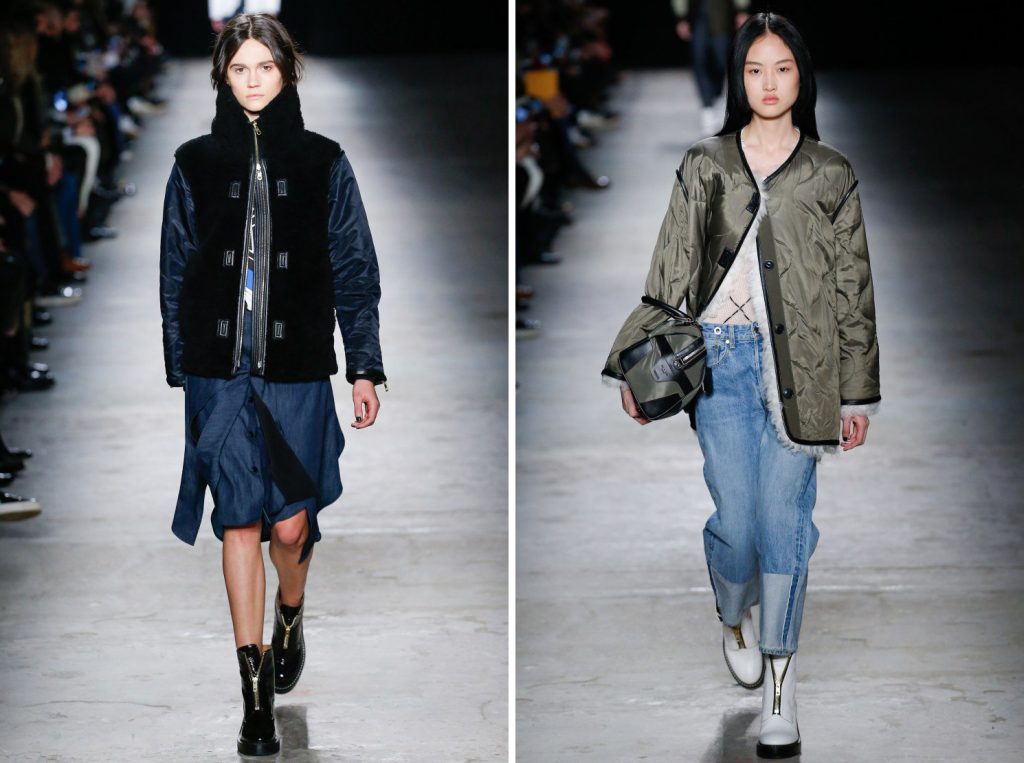 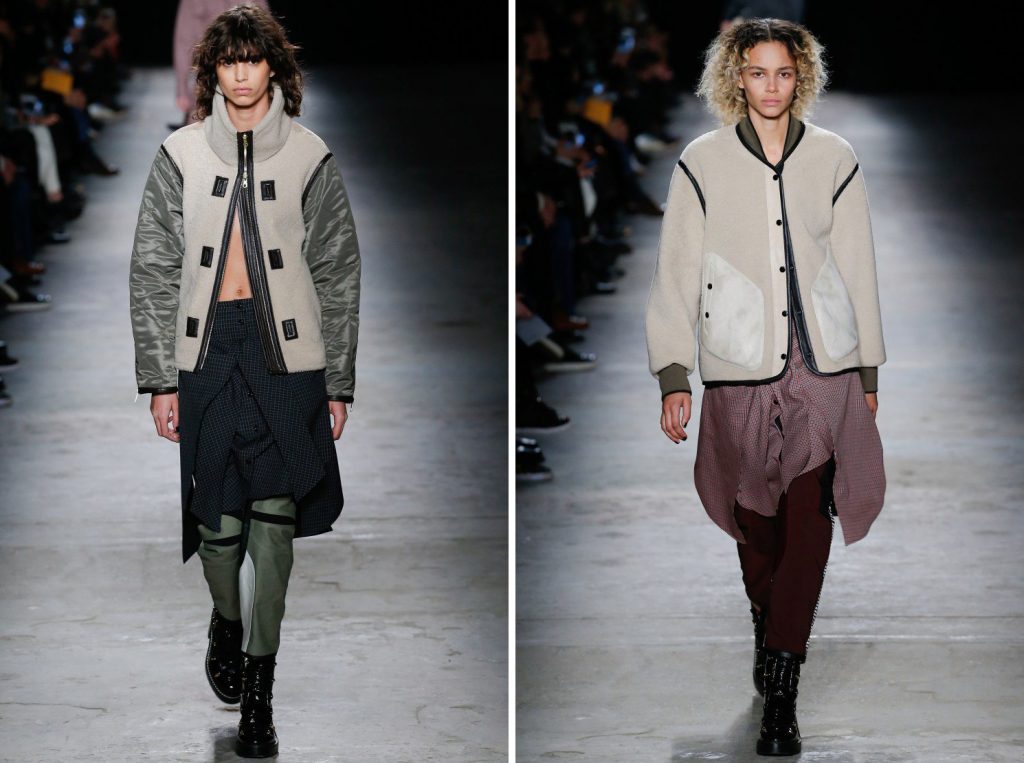 The secret to a liner’s insulation is the quilting, where individual chambers trap warmth. Inside, any number of materials can be used for batting, which is the technical term for the warming middle layer. Sometimes inside you’ll find cotton, which doesn’t have much loft, but comes in different thicknesses. That’s what your grandma probably used to make her quilted blankets. More commonly, however, you’ll find down feathers or some kind of synthetic (the latter sometimes being polyester or microfiber). Their high-loft makes them warmer and lighter than cotton, and they’ll hold up better after multiple washings.

Unfortunately, Ten C doesn’t make that liner anymore. (See? “Just in case” logic works). It’s been since replaced with a bulkier liner with puffier, channel-quilted sleeves. I don’t think the design works as well on its own, but who knows — I didn’t think this one would be anything either.

Since owning this liner though, I’ve noticed liner-inspired styles crop up everywhere. Rag & Bone designed a collection of womenswear liners a few years ago, which they debuted at their FW16 runway show. One of the olive-colored, onion-quilted liners was backed with what looked to be a Celine-inspired fur, but the others weren’t too far off from what you could imagine in a menswear collection.  They were essentially upgraded versions of military surplus designs. Sateen was replaced with fleece; grosgrain substituted for leather. Even though the jackets had buttonholes in the front, as you’d find on an original liner, they were clearly meant to be worn on their own and not locked inside a parka. 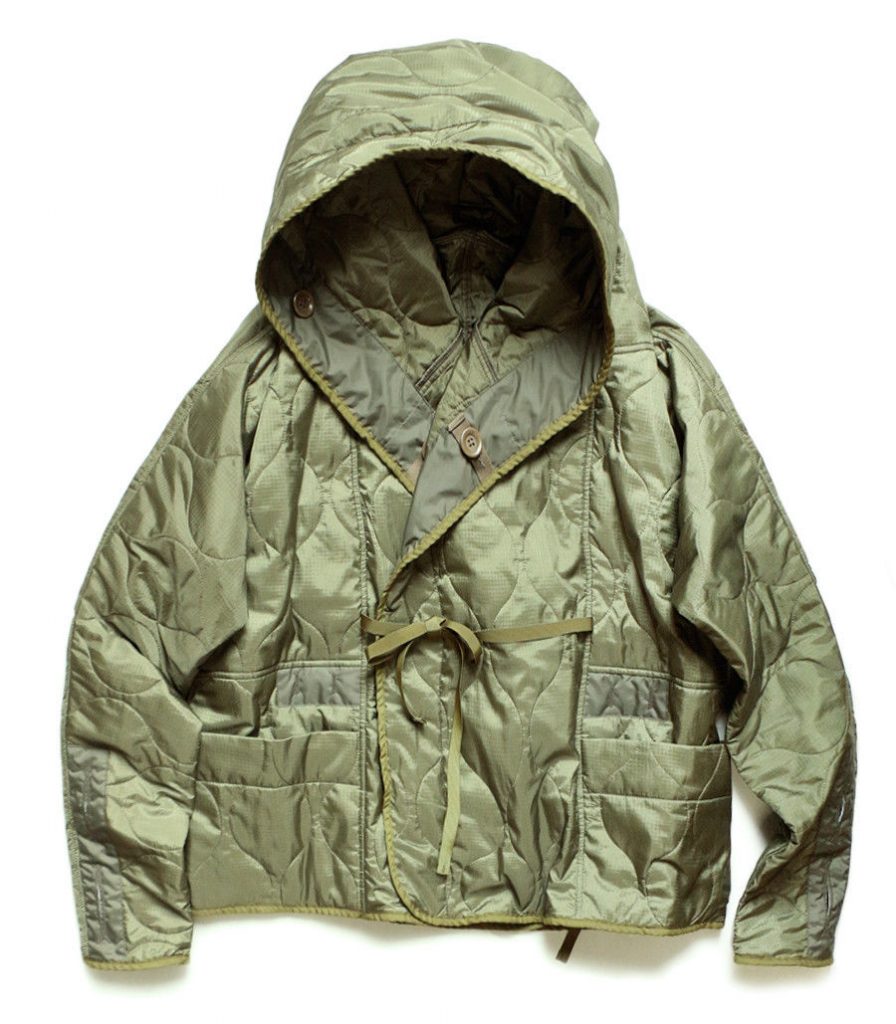 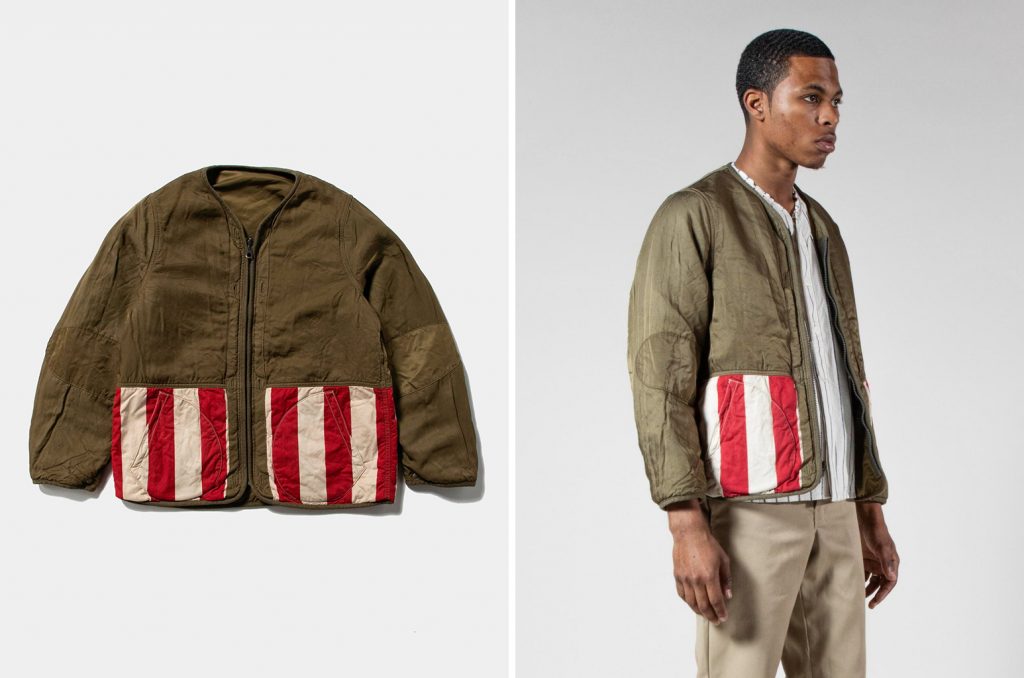 Naturally, Japanese workwear labels such as Kapital and Visvim have their versions. Kapital’s is a lightly padded liner designed to be layered underneath any of their signature Ring coats (which itself is something of a merger of a Japanese kimono, with its T-shaped sleeves, and an American military field jacket). Cotton Sheep in San Francisco has them and will take phone orders. When locked into a Ring coat, it’ll give some additional warmth, but given the brand’s strange and at-times doleful turns on workwear, militaria, and folk-clothing, it can also be naturally worn on its own (so long as you like Kapital’s style). With its oversized hood, shawl-like collar, and shiny fabric, the liner almost looks like a cropped boxer’s robe.

Visvim’s Iris liner is a bit more straightforward. They’ve done them in the past in standard military-issue colors, such as black, navy, and olive green, but they’ve also made them in a dusty pink. The jackets have a grosgrain trim, front-zip closure, and v-neck design (which can be good if you wear hoodies, although I like them with normal sweaters). As with all things Visvim, the price is staggeringly high — a whopping $1,850 for something that’s supposed to be a mid-layer. At least this season’s version is reversible (I guess?). You can find it at leading streetwear boutiques such as SSENSE, Union, and Haven. 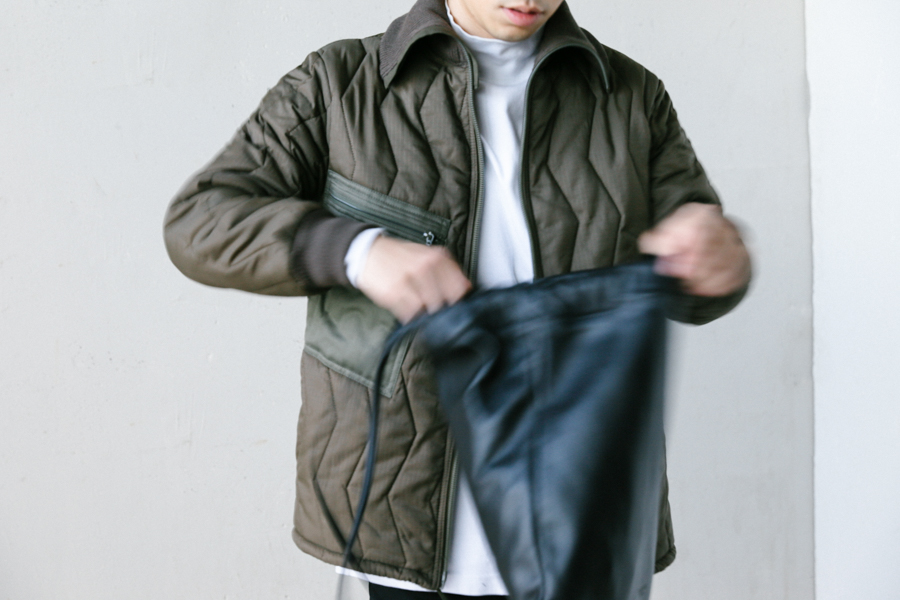 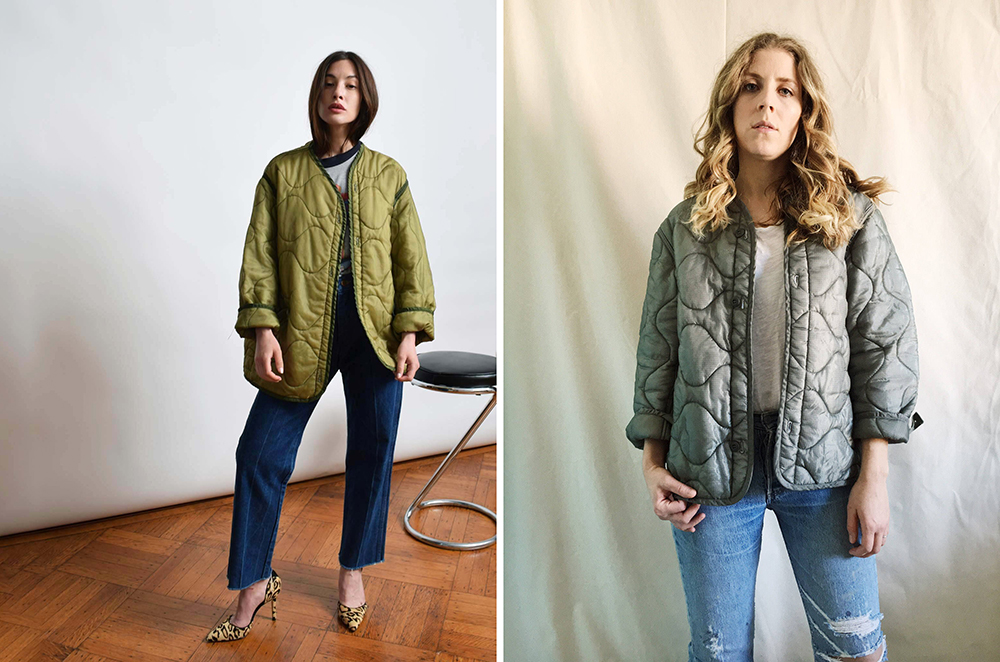 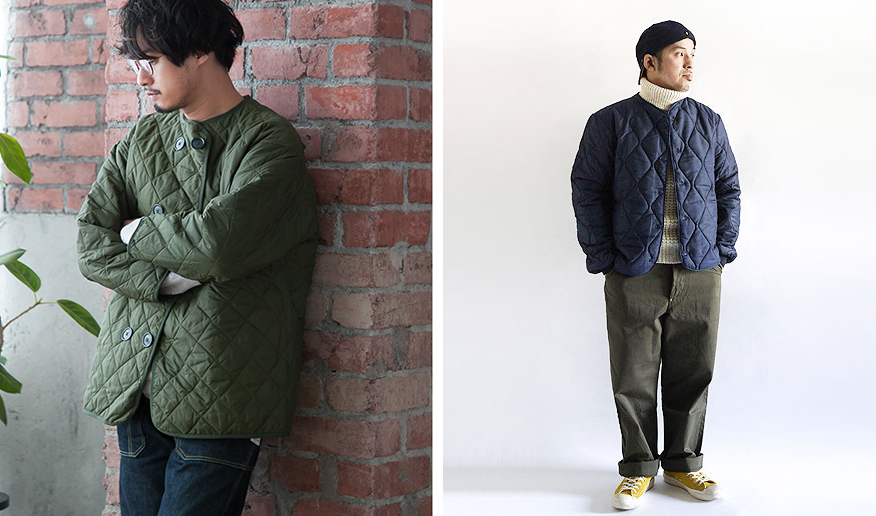 More affordably priced is Uniqlo’s, which is on sale right now for under $70, but my favorite budget-friendly options are the milsurp originals. You mostly see these in womenswear — the sort of styles that borrow heavily from menswear, Southwestern design, and workwear. But given their shared masculine roots, these are the sort of things that can find a home in your closet.

Milsurp liners tend to be a little oversized by design in order to fit into actual military outerwear. Some of the sateen ones can be a little flimsy, the sleeves a bit wonky, and the body cropped. You have to be OK with the idiosyncratic designs and fit. These aren’t meant to look like tailored clothing, after all. At the same time, they can lend a bit of personality to a workwear outfit, and depending on how much you want to spend, they can be pretty affordable too (some liners can be as cheap as $20, although you should expect to spend somewhere around $150). Your best bet is to scour local thrift and milsurp depots, since that’s the easiest way to get the right size, but if you’re intent on shopping online, here are some keywords to search for (as well as some recommendable outlets): 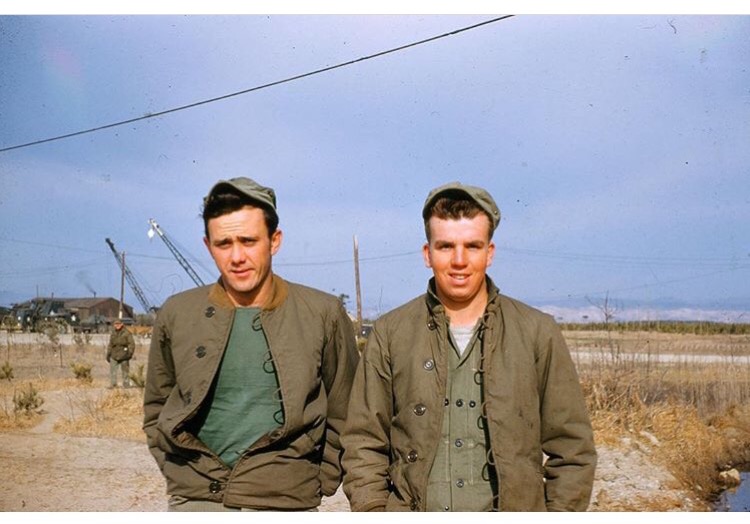 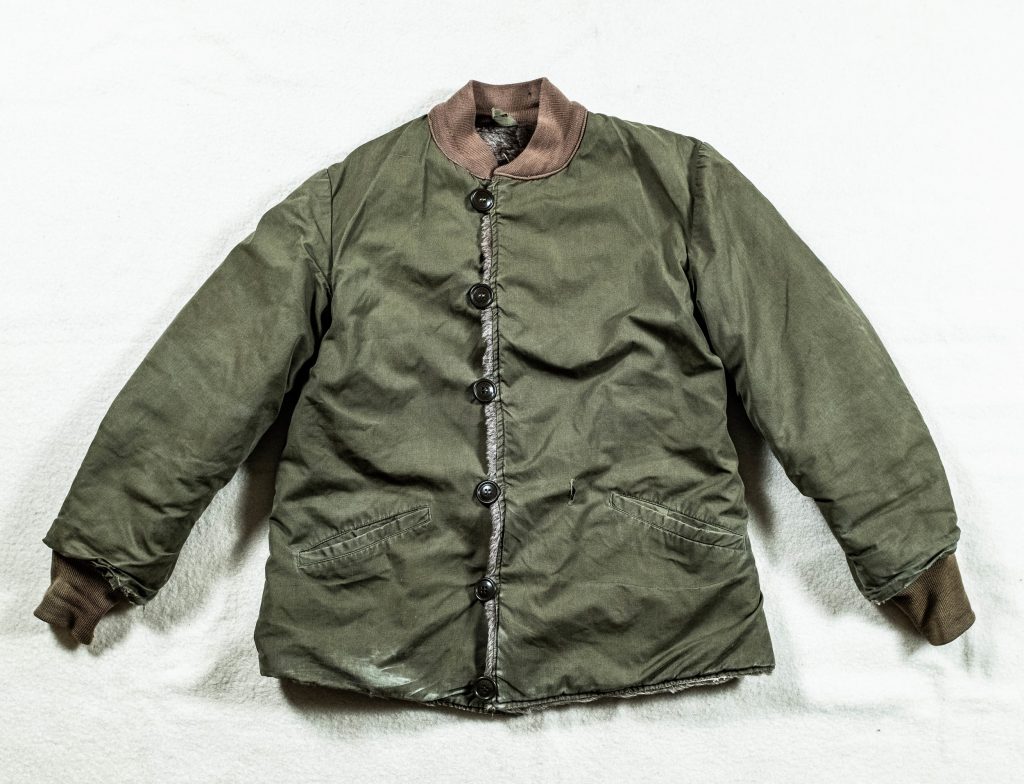 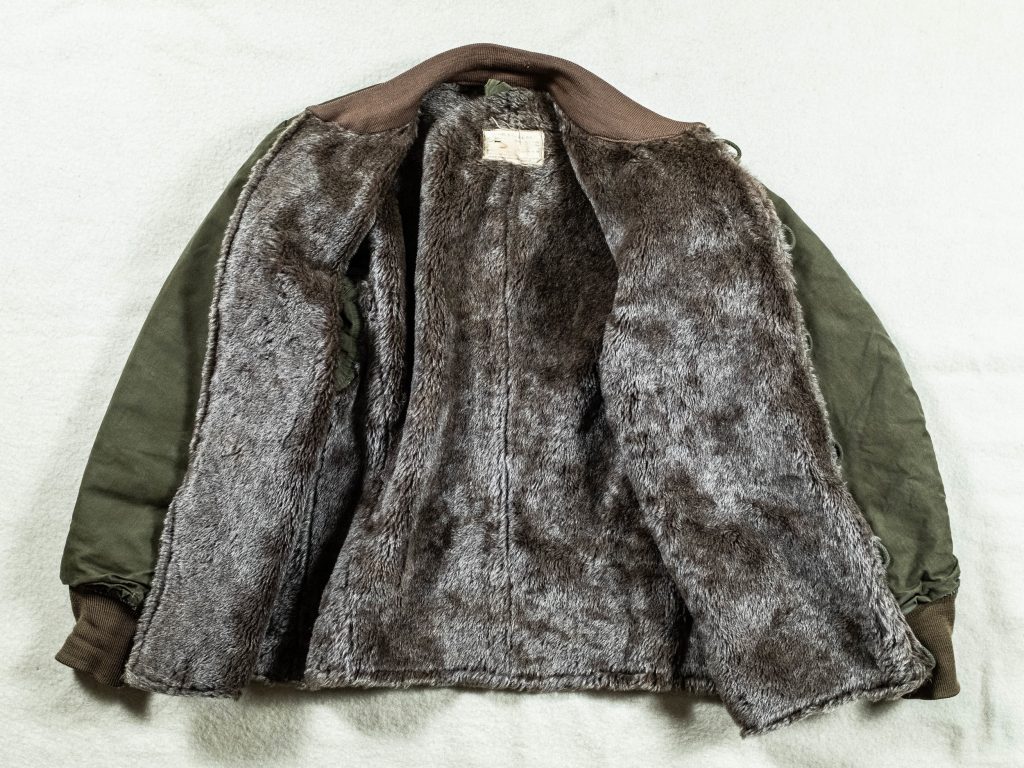 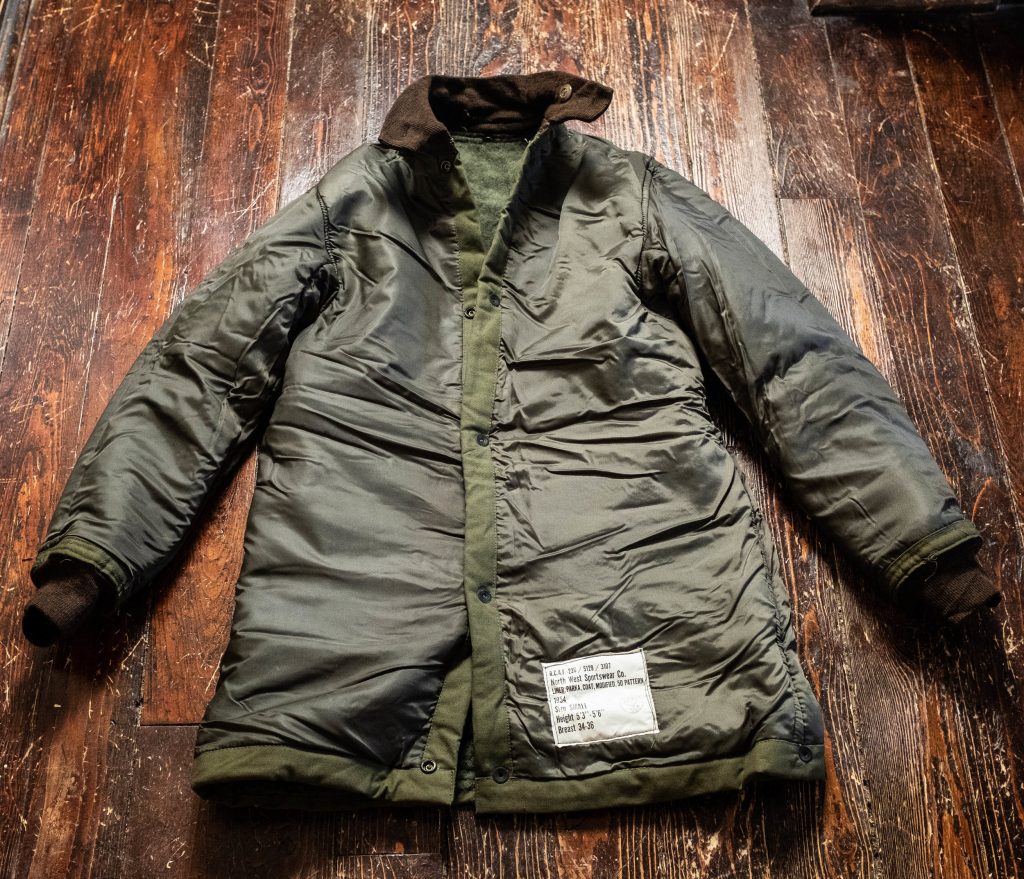 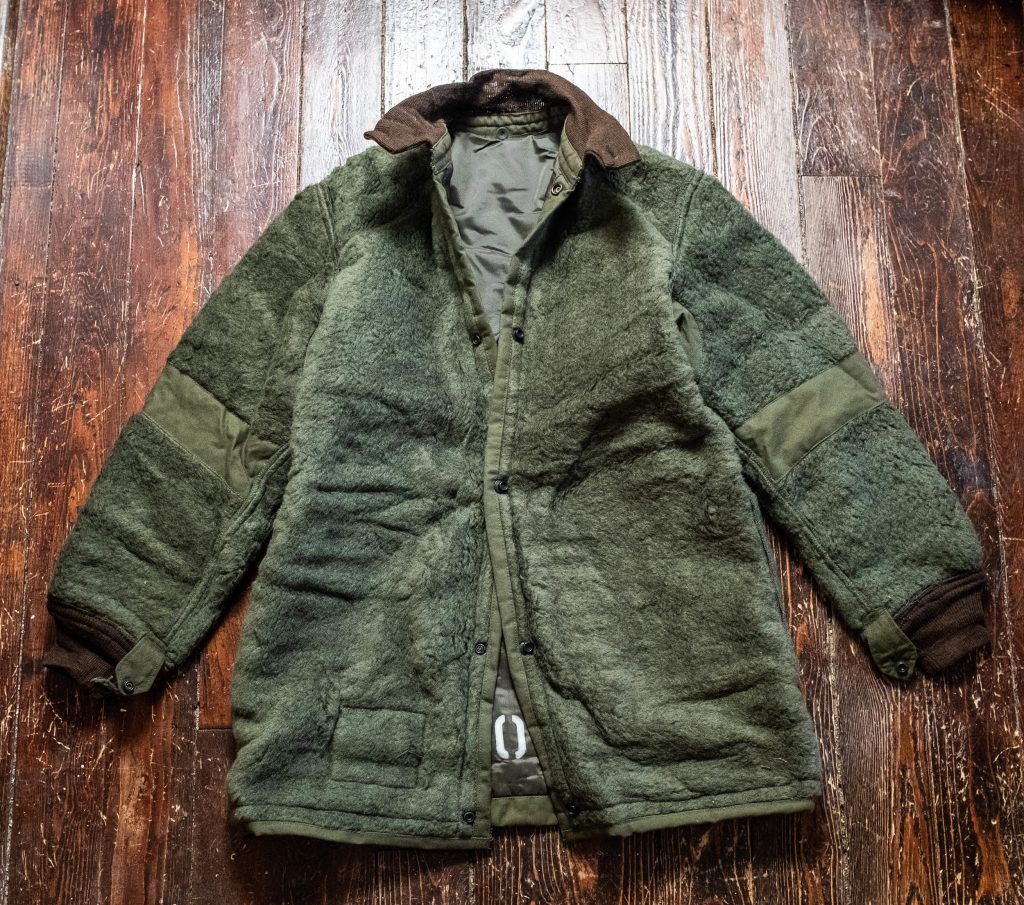 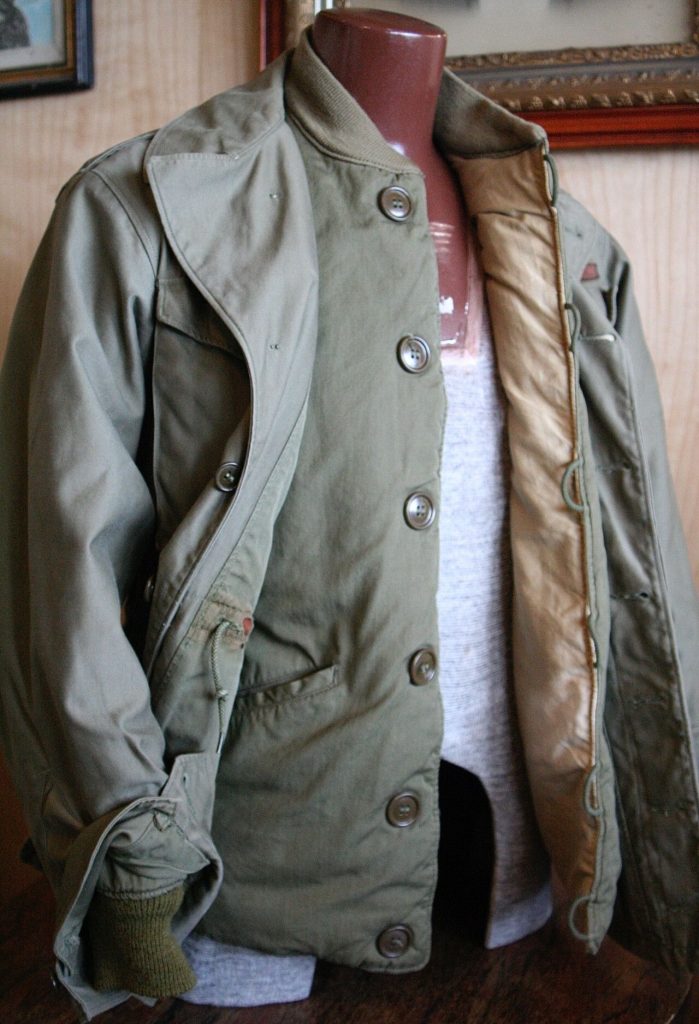 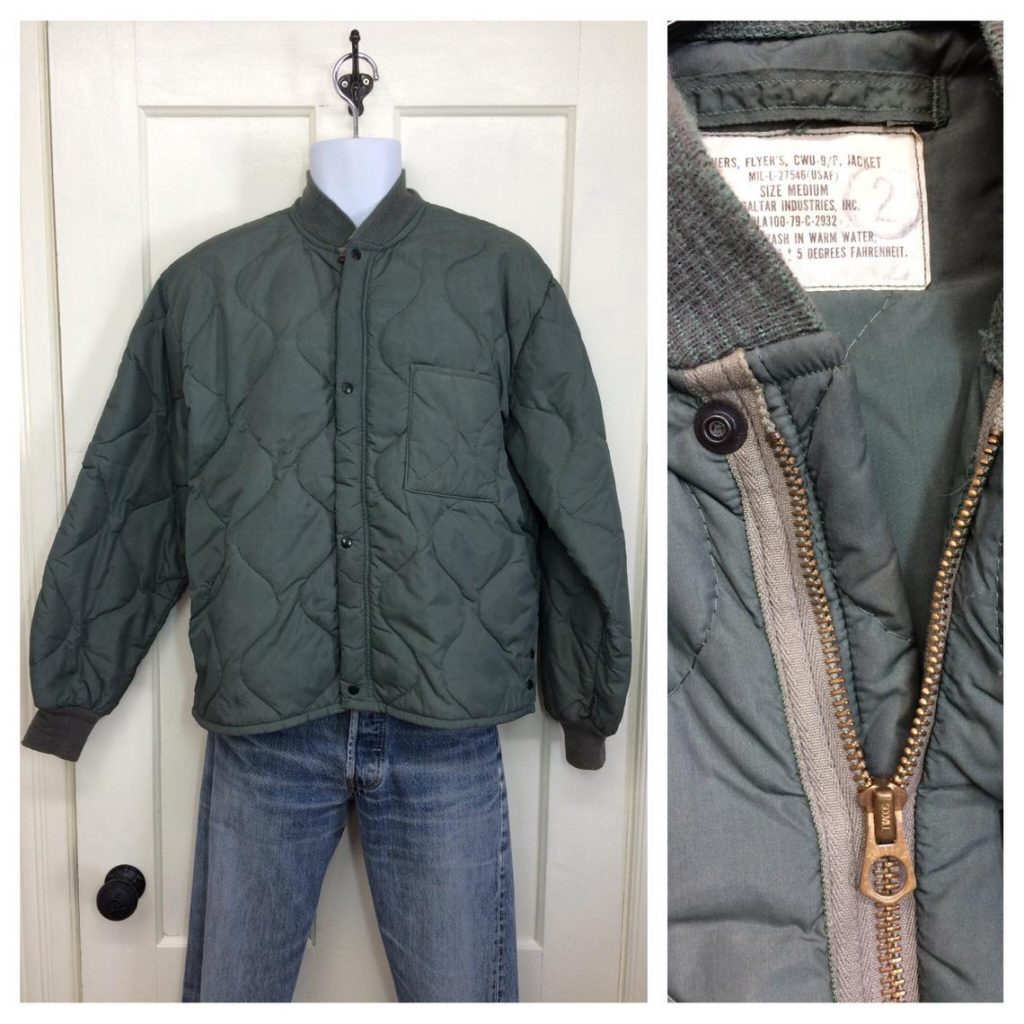 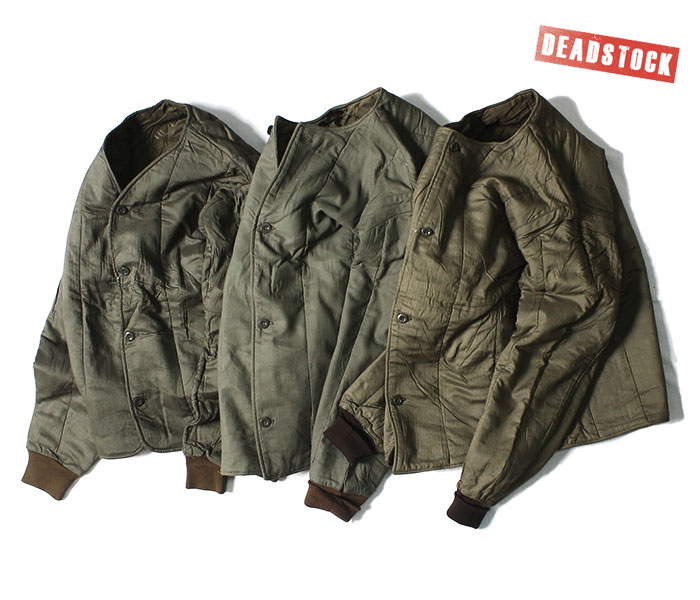