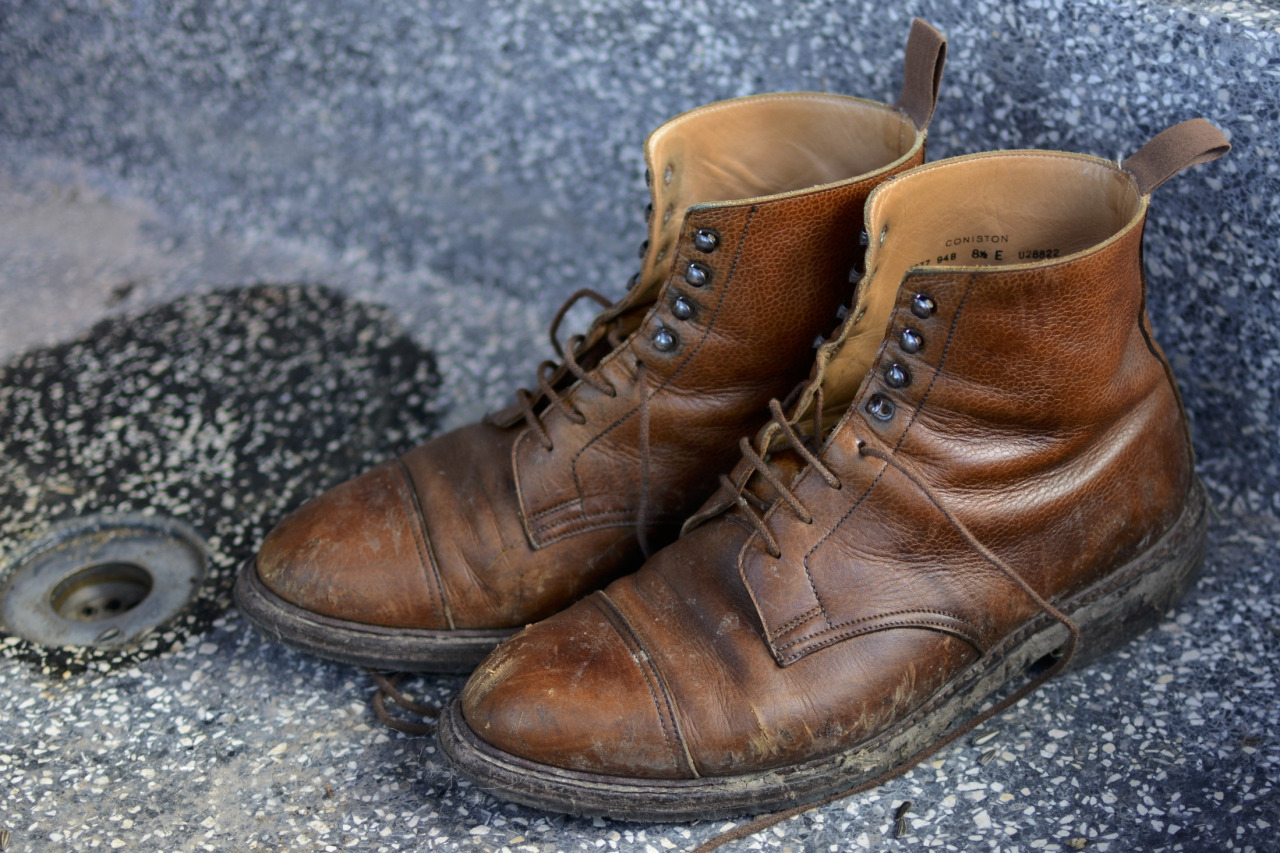 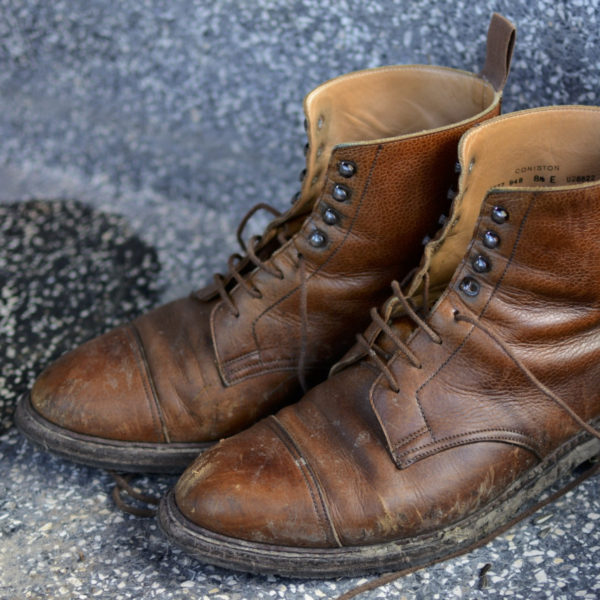 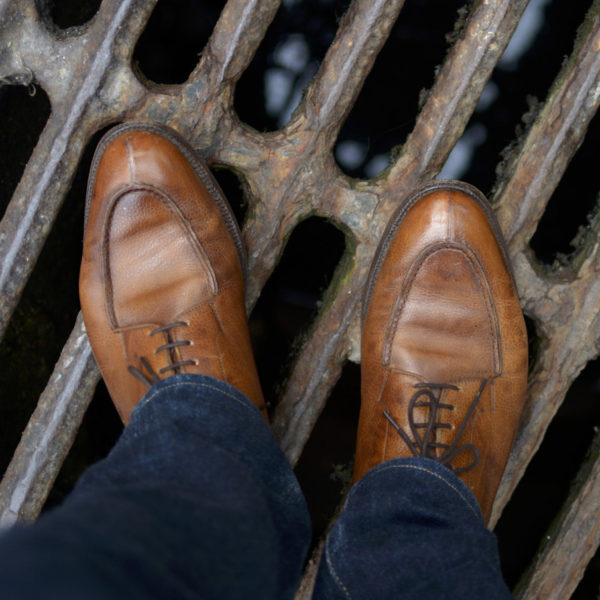 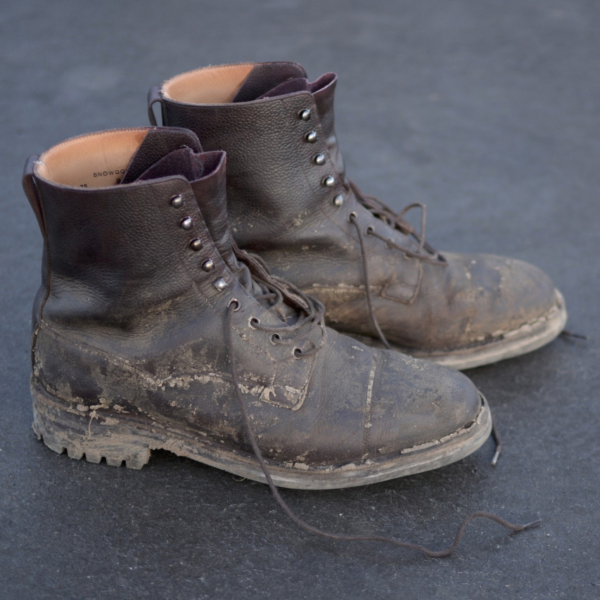 I love these photos of Chris’ shoes. He’s a fisherman in London who happens to have an affinity for Crockett & Jones footwear, and his shoes show a basic principle: when you buy something that’s well made, it often looks better with wear.

The first pair you see are Crockett & Jones’ Conistons, which Chris says he wears when he goes home to visit his parents. “They live in a small coastal town, and when I’m there, I like to fish along the oyster bank. The oysters stand upright, which means they cut and scratch my shoes when I walk over them – everything from the soles to the uppers. Still, I think they’ve held up pretty well. I wear them with jeans and an RRL biker jacket or a waxed Barbour.”

The second pair are some split toes, which Crockett & Jones calls their Cornhill model (they’re on sale right now at Ben Silver). Chris says these are his “go-to smart-casual shoes,” which he pairs with everything from chinos to informal suits. “These have seen the inside of a lot of pubs and clubs, which is where the marks you see mostly came from. They got especially thrashed during one Kingsday, a heavily celebrated Dutch holiday. In that case, I had to wash the shoes in lukewarm water and use a bit of mild soap. With this kind of construction, however, it’s fine so long as you know what you’re doing – just be gentle and stuff the shoes later with newspaper to help them dry (don’t place them next to a heater, otherwise you’ll damage the leather). I think the shoes look better for the experiences, actually.”

Finally, the last pair is Crockett & Jones’ Snowdon. They’re made in what’s known as a veldtschoen construction, which helps keep water out. “These a lot more heavy duty than my Conistons, which is why I don’t wear them as much. They’re more outdoor-specific, but great when I know I’ll be going through a bit of mud and water.”

The best thing about the shoes is that they don’t need that much upkeep. Chris says he uses Obenauf’s on the boots, then occasional Saphir polish for the split toes. For all the the chatter online about how Goodyear-welted shoes provide you more value in the long run because they can be resoled, I think the real value is in how they naturally look over time. Resoling shoes nowadays can be expensive, sometimes as much as getting a new pair of cheap kicks, but poor quality shoes will never develop the kind of patina you see above. And when you get that kind of patina, resoling is worth the money. (Should you need a reliable shop to resole shoes, we recommend Willie’s. They take mail-ins.)

For more of Chris’ shoes, you can visit his Tumblr.