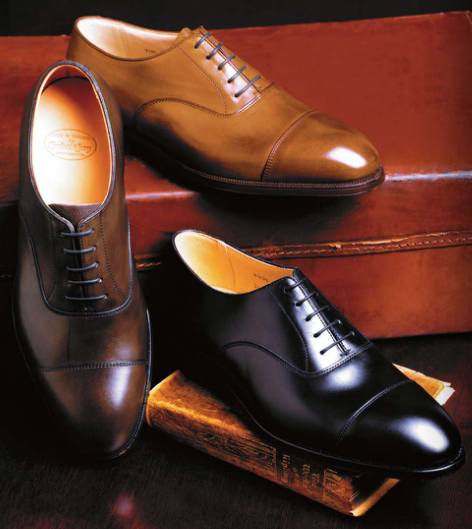 One of the questions I frequently get in my inbox is: “I’m looking to buy a better pair of dress shoes, and only have X to spend. Should I save up for something better, or is so-and-so brand OK?” Like with many questions we get, a lot depends on the person asking.

It’s worth noting, however, that in footwear (like in everything), there are serious diminishing returns after a certain point. Very roughly speaking, that point tends to be around $350 at full retail, although what’s sold at full retail can be had for less with smart shopping (eBay, factory seconds, seasonal sales, thrift stores, etc).

The Unfortunate Reality of Diminishing Returns

There are a number of things that go into the construction of a good shoe, but the two biggest are: the quality of the leather used and how the soles have been attached. Jesse did a great job in describing the difference between corrected grain and full grain leathers here. It’s also worth noting that even among full-grain leathers, there can be differences in quality. Additionally, most well made shoes will have their shoes attached through a Goodyear or Blake stitching process. Jesse reviewed some of these in the second episode of our video series, and you can read more about each technique here. The short of it is: with a sole that’s been stitched on, rather than glued, you can more easily resole your shoes, which means you don’t have to bin them when the bottoms wear out.

In the past, the “entry price” for good (dress) shoes tended to be around $350. These were usually from Allen Edmonds, Ralph Lauren, and Brooks Brothers, although not everything from these brands were worth buying. There were also some European names such as Herring and Loake’s 1880 line.

After this, you get marginally better constructions, but the differences become smaller and smaller (perhaps a leather insole vs. a fiberboard insole, or a sole that’s been attached by hand rather than machine, or slightly better leathers used for the uppers). Largely, as you move up from the $350 MSRP mark, you’re paying for design. A $1,250 pair of Edward Greens won’t last you 4x longer than a $350 pair from Allen Edmonds, but to many, they’re shaped and finished more handsomely.

The Emergence of a More Competitive Market

The good news is that the market has gotten a lot more competitive in the last five years, and the cost/ benefit curve has smoothed out considerably. Today, there are companies such as Beckett Simonon, John Doe, and Jack Erwin below the $200 price mark (the last of which I was particularly impressed by). Just a hair over $200 is Meermin, which I still think is one of the best values for (relatively) affordable footwear. They have a “Classic” line for about $200 (but with customs and duties, you might pay around $230) and a higher end “Linea Maestro” line for about $300 starting. And at the $350 mark, there’s more than Allen Edmonds and Loake’s 1880 these days. Paul Evans, Kent Wang, and Howard Yount are all good companies to look into.

The question of how much should you spend isn’t about what’s “good” in the footwear market, it’s about what’s “good enough” for you. For dress shoes, the only real criteria are: quality full-grain leather uppers and some kind of stitched on sole. Much of the rest is about aesthetics and personal preference.