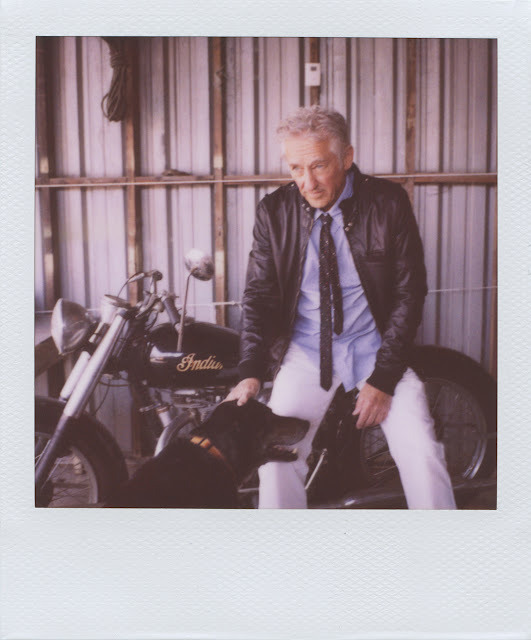 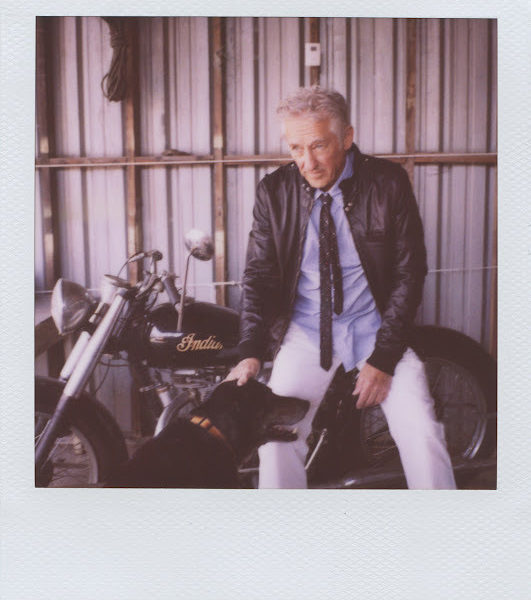 “In 1951, when I was fourteen, I landed a job in an Oklahoma City laundromat. The pay was respectable–fifty cents and hour, up from forty-five. In a swampy, bunkerlike back room with a large concrete center drain, I had to mix bleach and water together in brown glass bottles for the customers to use. It was sweaty and dank, but I got to listen to a faraway radio, faint but distinct, playing music by the likes of Lefty Frizzell, Hank Williams, and Faron Young.

One day, I saw a news item about the murder of a nurse in Ann Arbor, Michigan. A photograph of one of the teenage killers showed him in handcuffs, being escorted by police. He was wearing what looked to me like white Levi’s. White Levi’s! What style! I was overcome by an immediate urge to get a pair for myself, but after looking around I was told that no such product existed–at least, not in Oklahoma.

Then it came to me: I would make my own. I brought a pair of bluejeans from home, doused them in undiluted Clorox bleach, and placed them in a washing machine. I let them sit for half an hour, the mystery and suspense building. When I finally opened the door, I found, to my astonishment, a pair of pure-white, radiantly glowing Levi’s. A triumph.

Or so I thought. Reaching in to grab them, I felt my hand sweep through a puffy lump of dead white fibres, softer than cotton candy. The rivets and the buttons were the only parts that survived.

At the time, I was banking on white Levi’s coming into fashion. I had to wait twenty years to buy a pair off the rack.”

-Ed Ruscha in The New Yorker