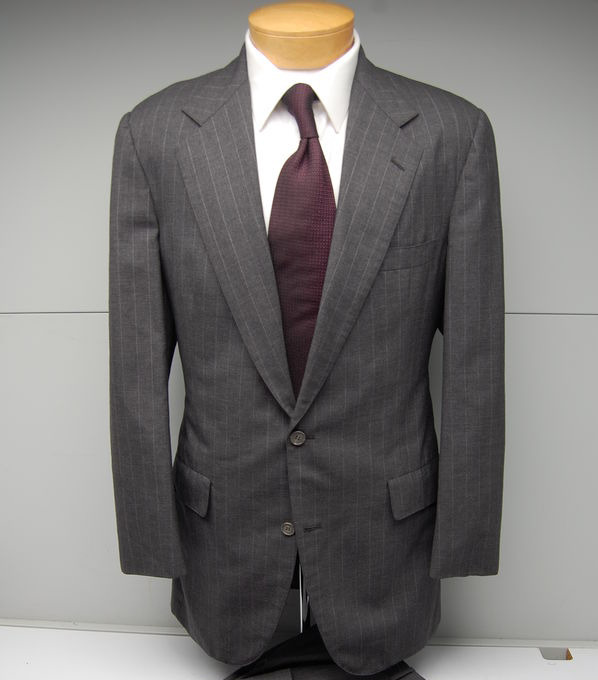 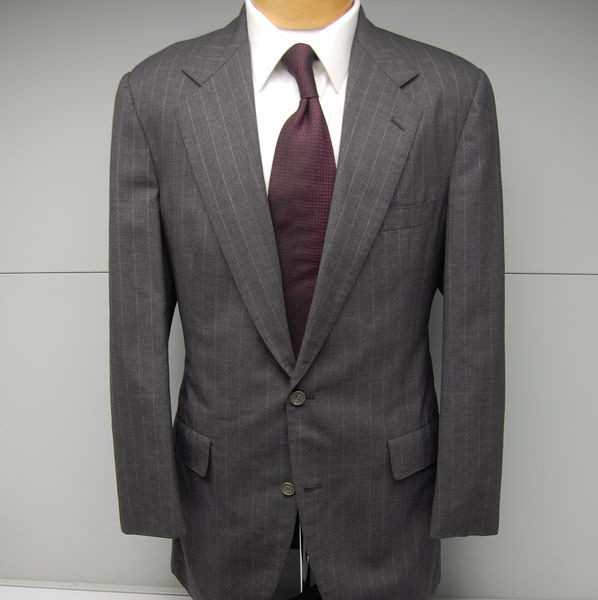 I recently received a couple of emails from readers asking if I thought something they were looking at on eBay was an orphaned suit jacket. An orphaned suit jacket is a jacket that used to belong to a suit, but for some reason – whether because they were worn through, badly damaged, or just plain lost – the matching trousers are no longer available. It’s not uncommon to come across these when you’re looking at second hand clothing, and you’ll want to avoid purchasing them. Wearing an orphaned jacket can make you look like you spilled something on your suit trousers and had to change out of them. It’s not a good look.

To be sure, there are no hard and fast rules, and some suit jackets can be worn as sport coats. Those made from cotton, linen, tweed, or corduroy are usually fine. There are also some wools that can be successfully used for both business suits and casual sport coats. However, for the purposes of this post, we’ll assume the simplistic view that suit jackets should generally never be worn alone, as most of the ones you’re likely to encounter through second hand clothing are of a certain type that shouldn’t be.

So how can you tell what’s what?

Certain patterns can also be clues. Pinstripes and chalkstripes always indicate something was meant to be worn as a suit. Birdseye, nailhead, pinhead, and very fine herringbone – the kind that you only notice is herringbone when you inspect it up close, but looks solid from a foot or two away – also tend to be reserved for suits, though there are exceptions. If it’s a chunky, rough weave such as tweed, something like a birdseye would be fine.

Similarly, pay attention to scale of patterns. Though suits can come in big, bold patterns, and sport coats in quiet and subtle ones, the more successful sport coats tend to have larger scale designs. It’s a way of announcing to the world: this isn’t something to be worn to a business meeting. Thus, if you’re in between whether or not a jacket can be worn by itself – if the pattern is very small or faint, you’re probably safer off passing.

Lastly, if a jacket has buttons made from metal or mother of pearl, or are covered in leather, you’re likely looking at a sport coat. Horn, on the other hand, can go either way, but one thing you can do is count the number of buttons on the sleeve cuff. If there are less than four, the chances of it being a sport coat go up.

In the end, however, you just have to use your own best judgment. Remember: the point is not to say whether something is definitively orphaned or not, the point is to not look like you’re accidentally wearing a suit jacket without the matching trousers. In the end, just keep that in mind and go with your gut.