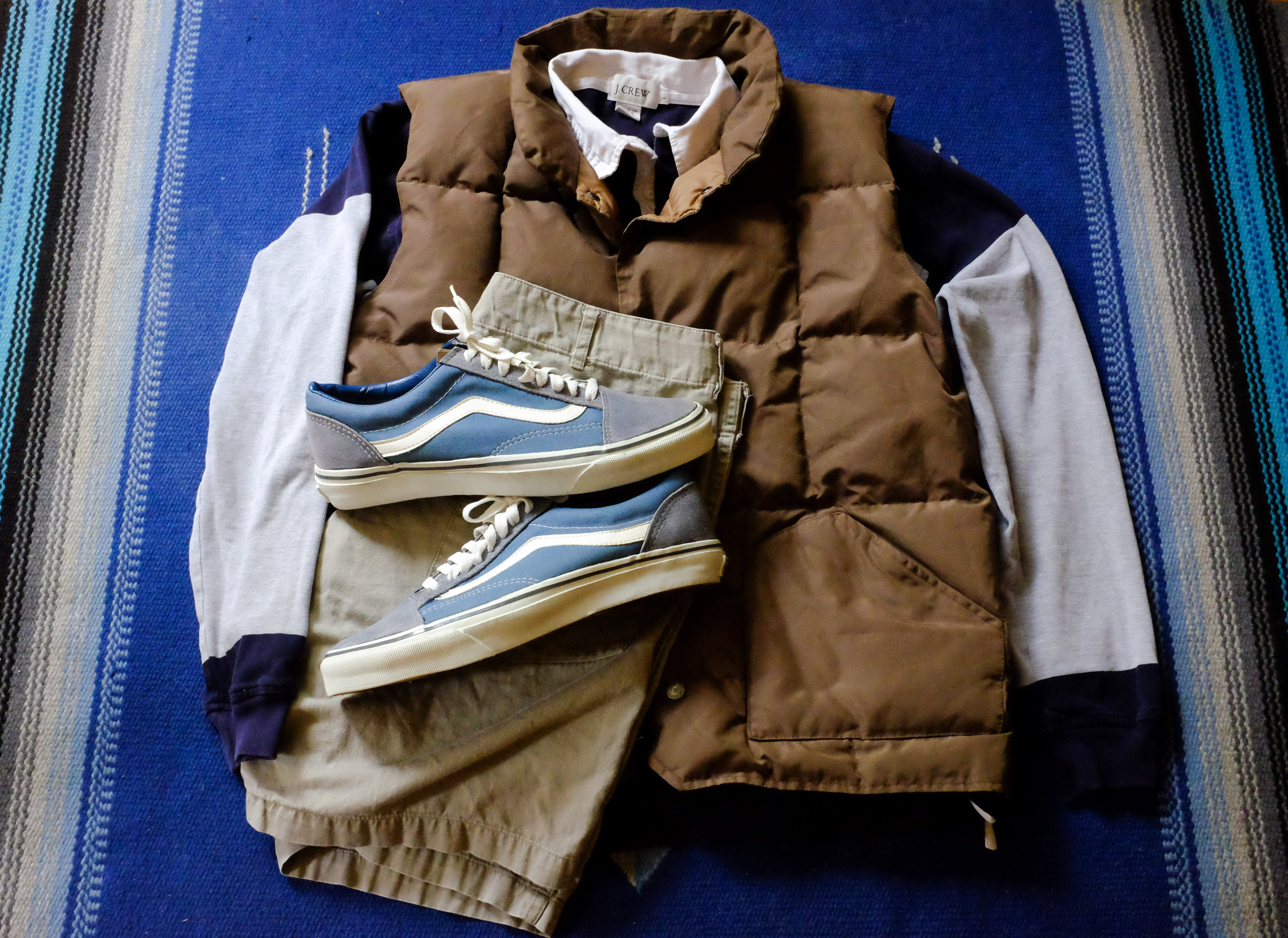 When summer is at its sweaty zenith, or winter its dark, shivering nadir, you don’t really have to make many decisions on what to wear. Whatever nudges you toward comfortable. You can make some efforts at style around the margins. It’s the shoulder seasons when you have the most choices to make and need to be adaptable, and maybe not coincidentally, when, as they say, you can really start dressing. We all look forward to the times of the year when denim jeans and jackets, beefy t-shirts, and boots make sense — it’s almost inarguably when men’s casual clothing looks best.

During the spring and fall, when you can wear nearly whatever you want so long as you can shed or throw on a layer, one combo that sometimes gets short shrift is to wear shorts with long sleeve shirts, and even outerwear. It’s sort of the mullet of men’s clothing — unexpected, intentional, yet sometimes OK. I associate long sleeves with shorts with four basic categories/origins: 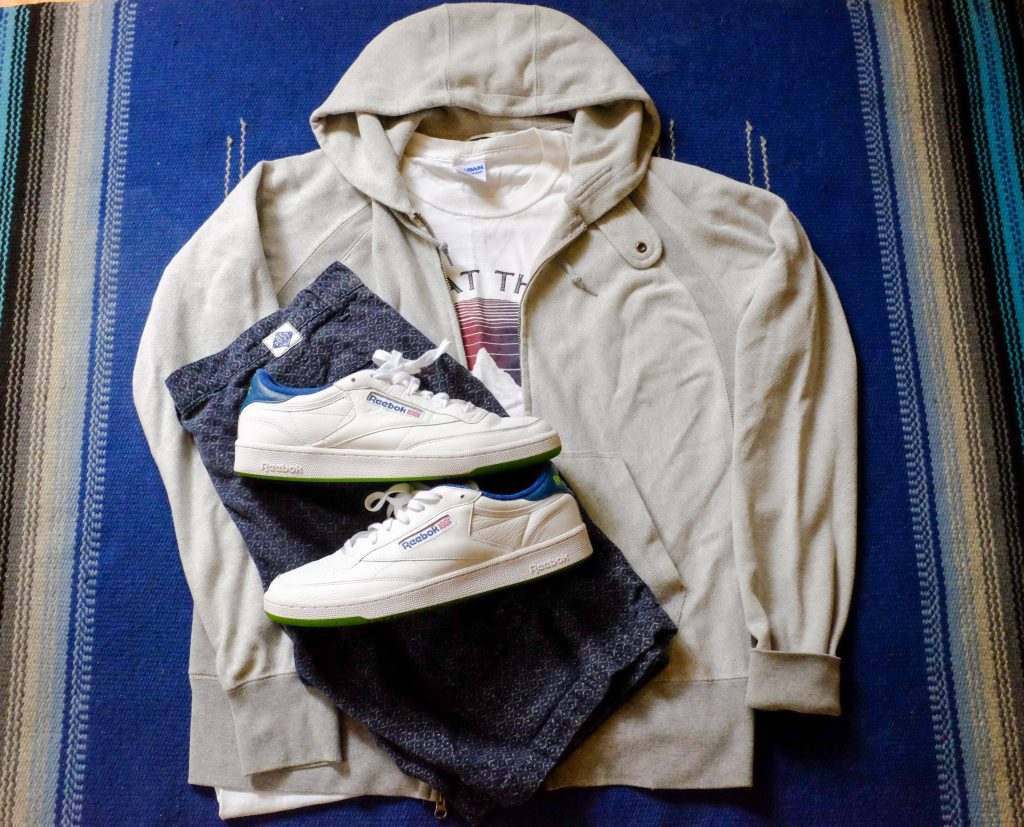 I’ve been wearing shorts, a blue oxford, and loafers to casual dinners since I was in college — I used to stick to brown pennies and khaki shorts, now I branch out a little. I’d wear shorts and a hoodie to the beach in the breezy, gray offseason, or to any weekend morning activity: bagel runs, farmers’ markets, yard sales, soccer practice. It’s a dog walking, football tossing, ten-speed cruising outfit. 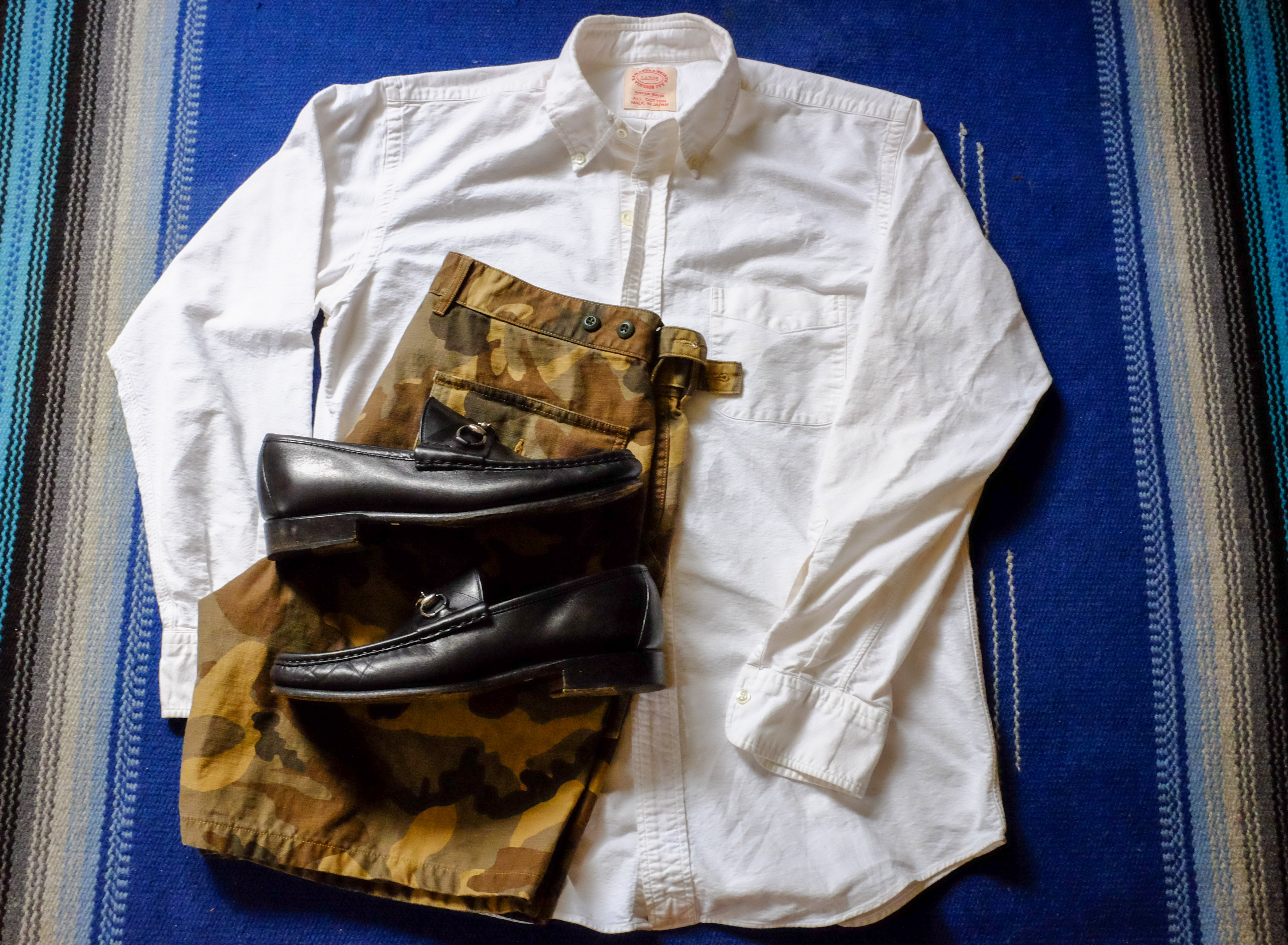 For outerwear, as needed, I tend to stick to vests or light overshirts — the latter is a favorite of Post Overalls’ designer Takeshi Ohfuchi. The layering concept makes it important to wear a decent t-shirt as a base, in case it gets warm enough, or you do enough actual physical activity, to need to lose to long sleeve. And you have to consider socks. I go with no-socks/no-shows or slouchy white tubes, a choice that’s mostly shoe dependent. 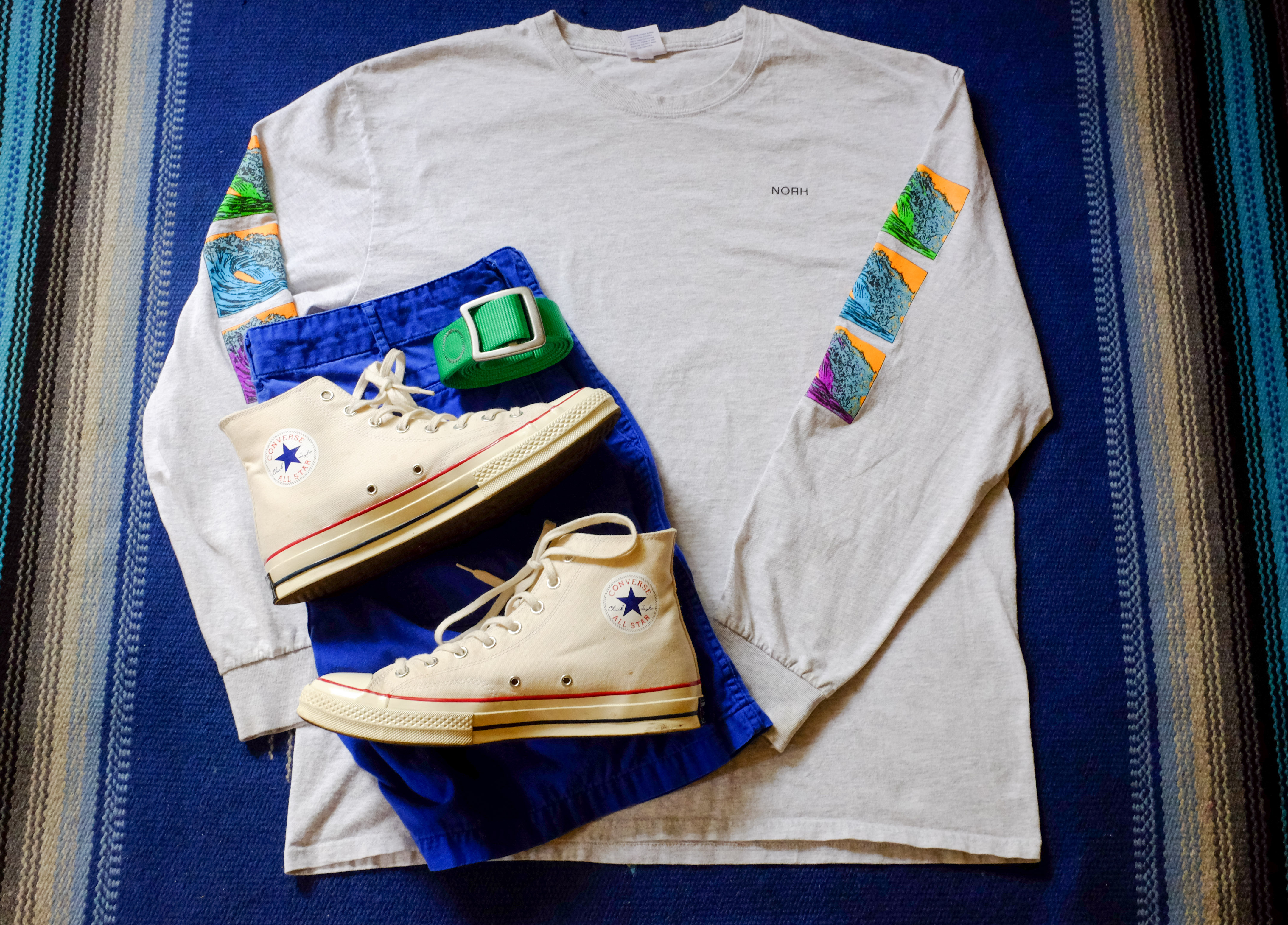 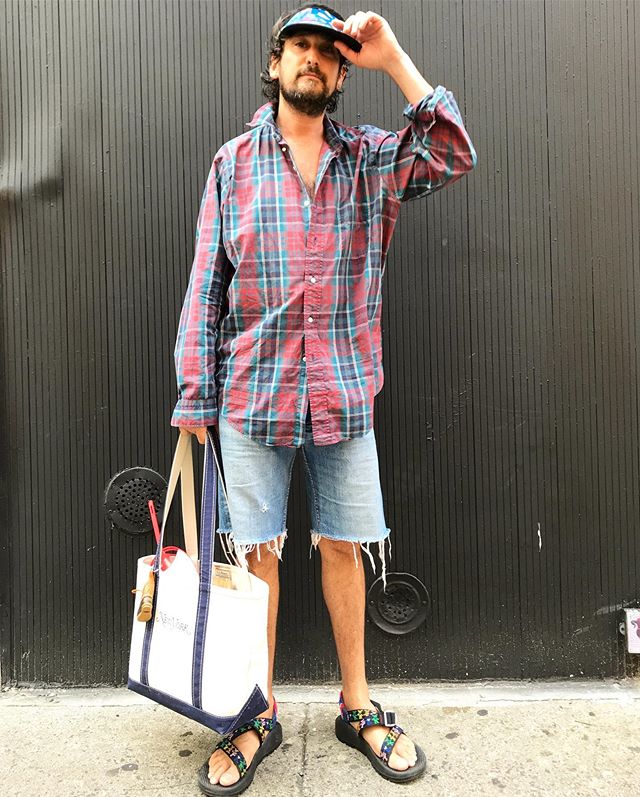 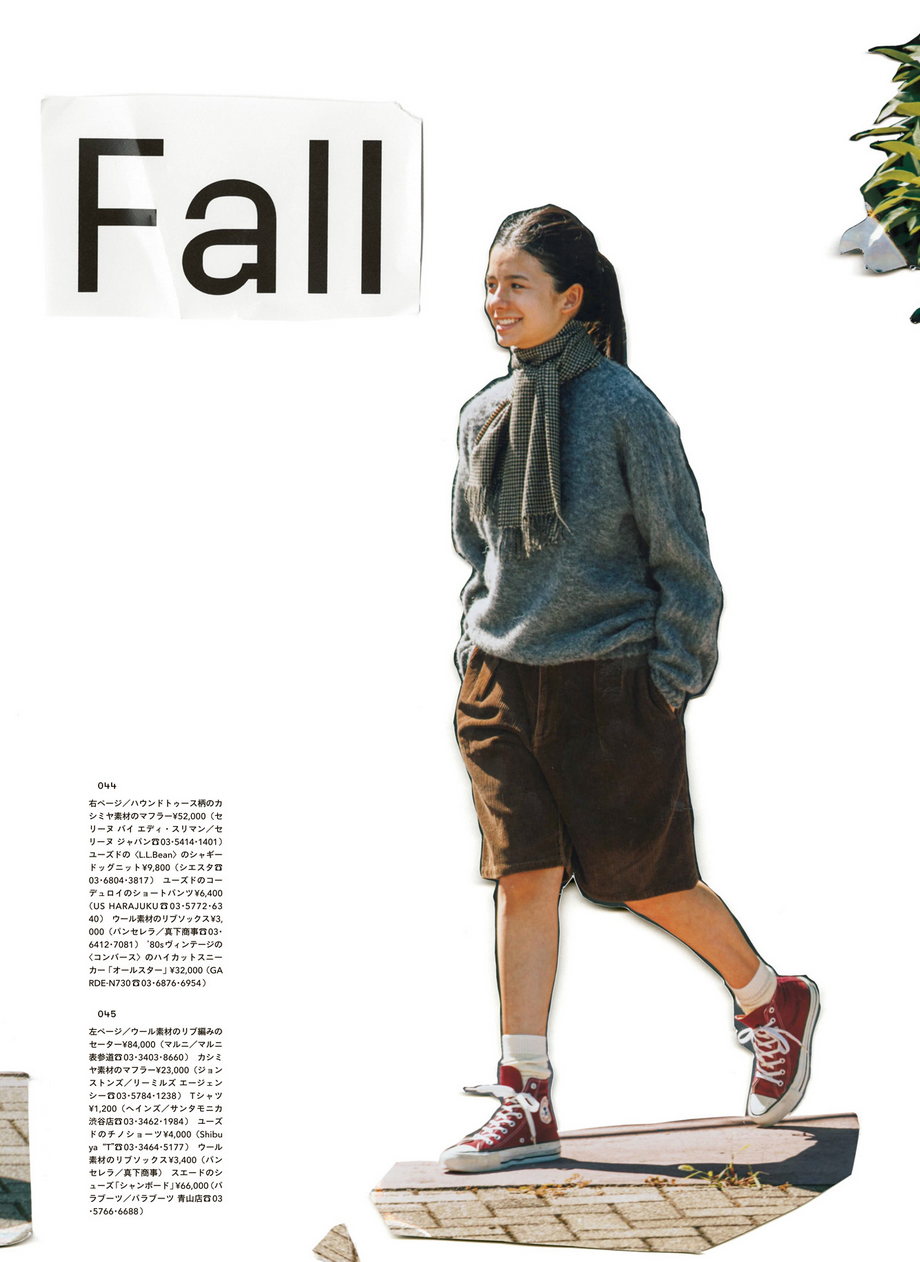 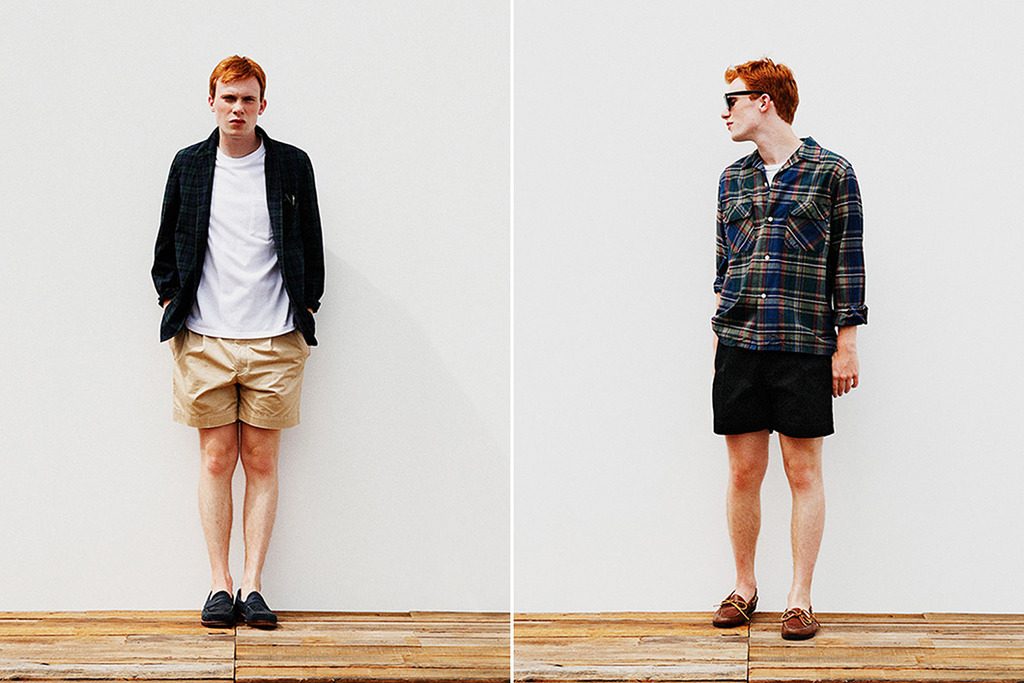 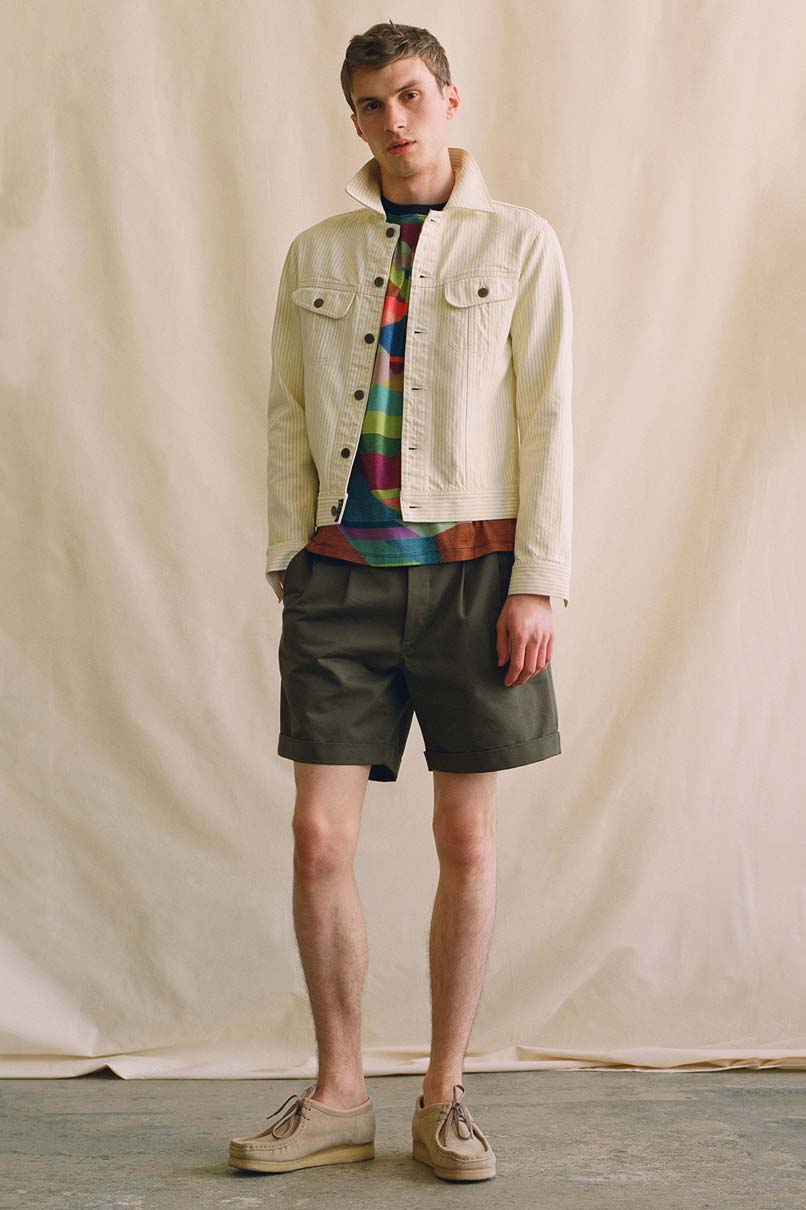 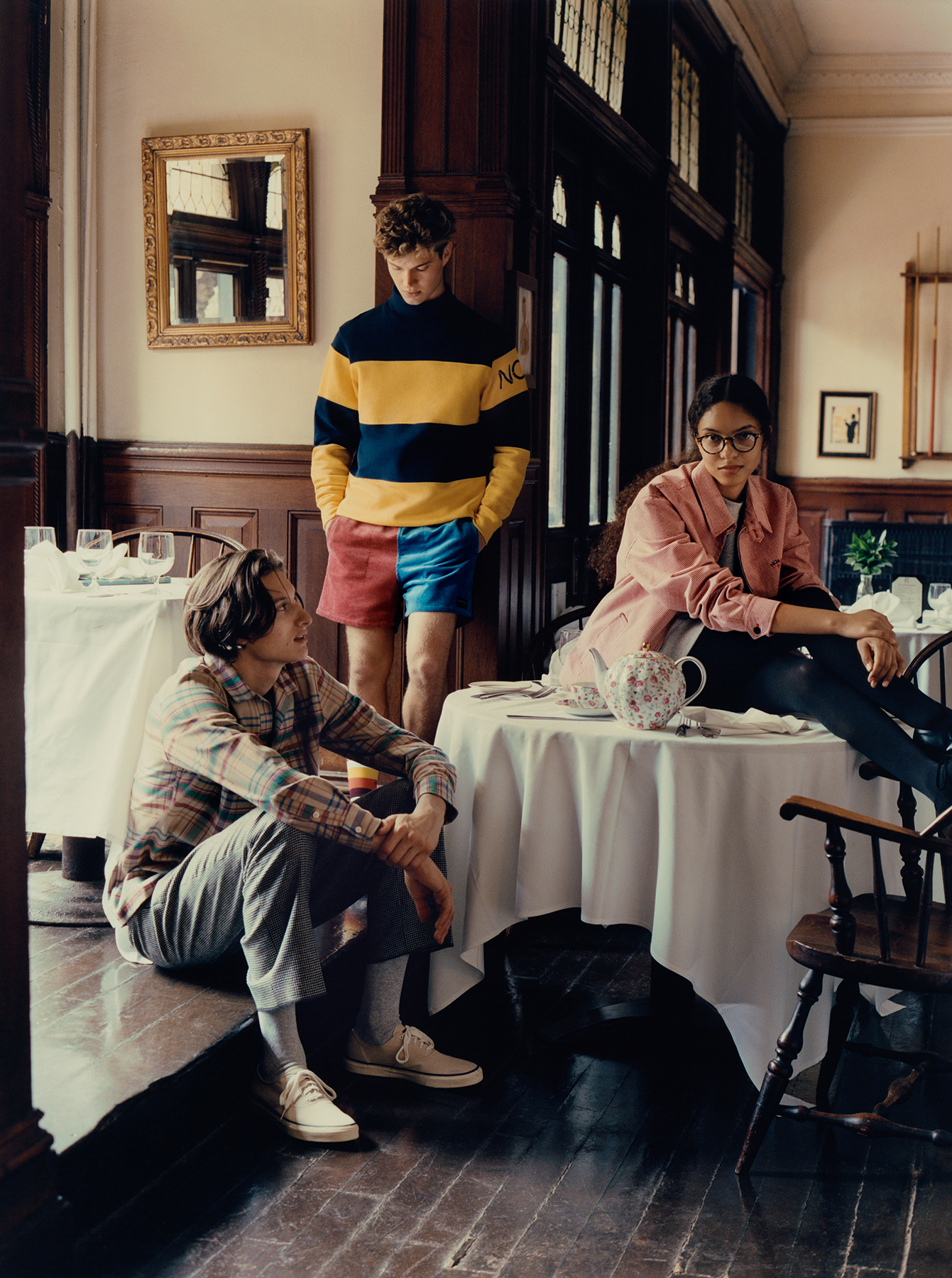 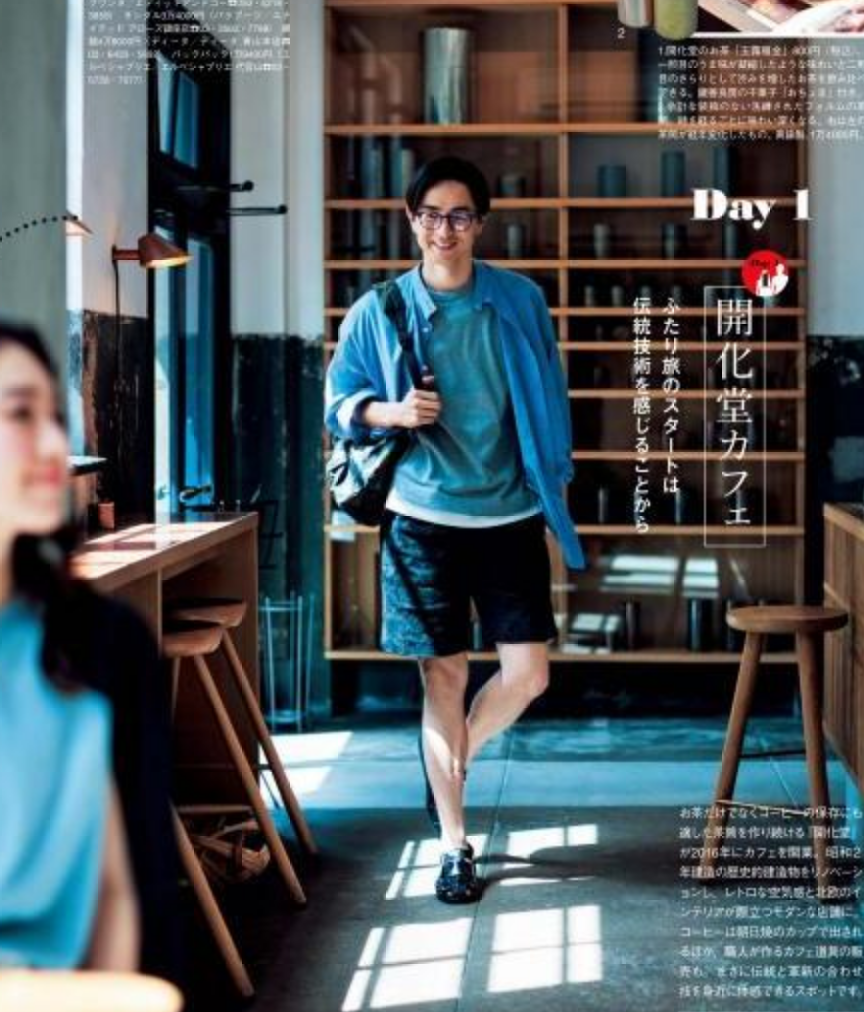 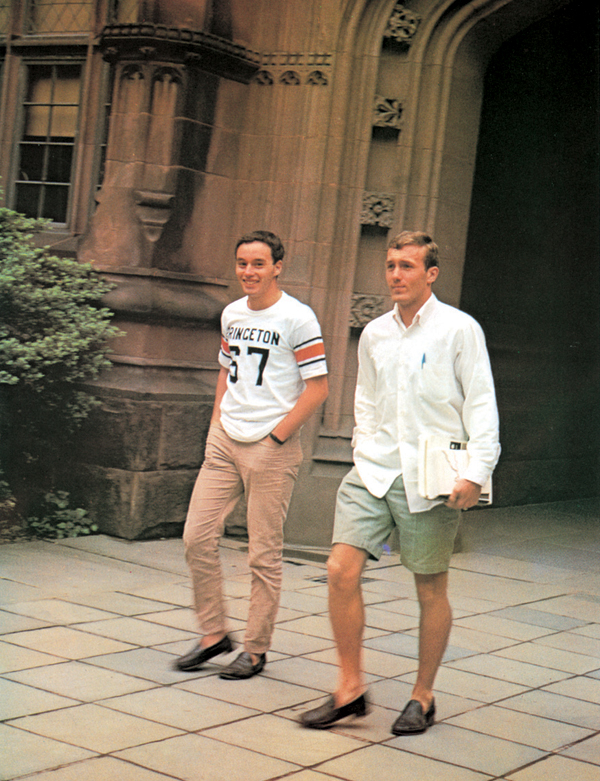 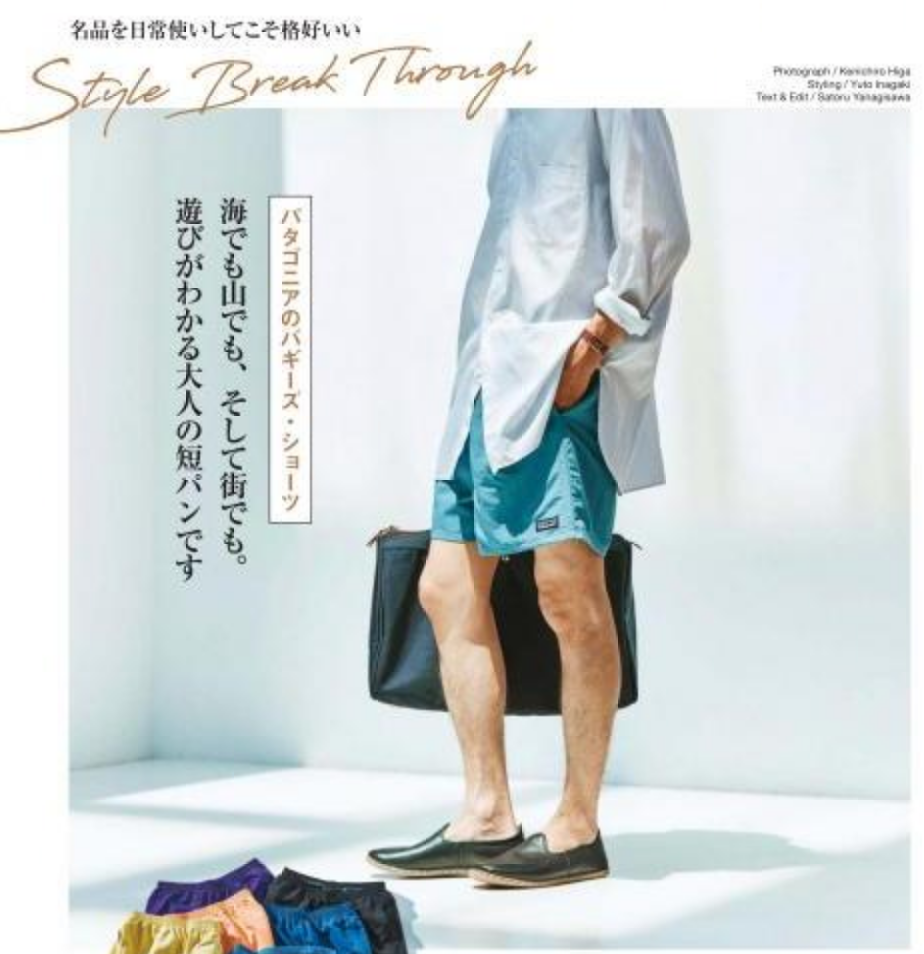