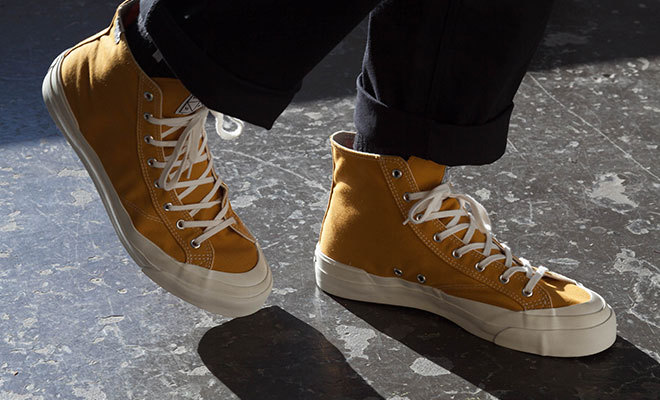 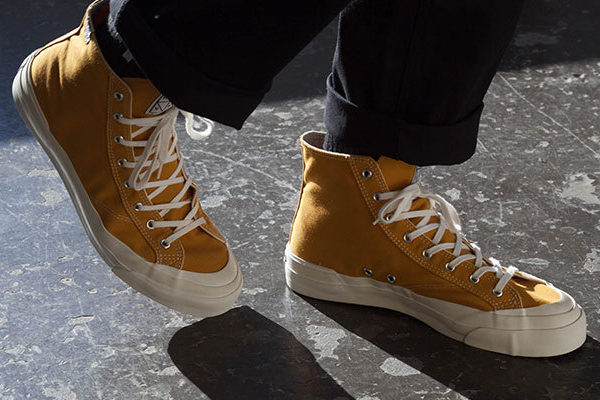 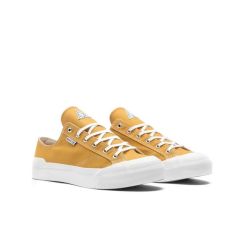 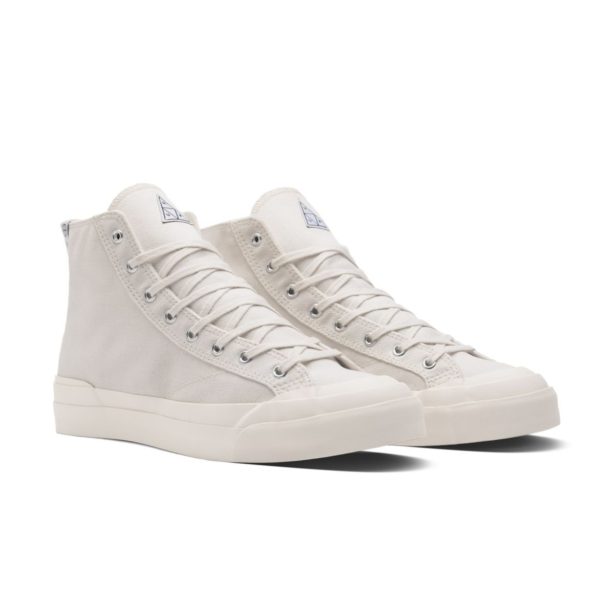 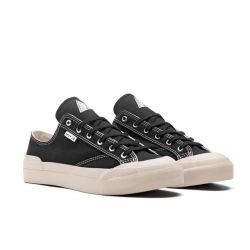 I like the basic canvas’n’rubber sneakers made by Japan’s Moon Star factory–which I’ve talked about before–they make, among others, the slightly sculptural take on Chuck Taylors marketed as Shoes Like Pottery. Although the difference between those and cheaper vulcanized-rubber-sole sneakers like modern Vans Authentics or Chucks isn’t massive, Moon Star’s stand out a little more and are, on the whole, slightly more solidly built. Of course, a pair of Shoes Like Pottery cost three times as much as a basic pair of Chucks. 🎶the sad trombone of budget constraints🎶

But! Moon Star also made some vulcanized sneakers for skate shoe/marijuana sock empire Huf last year, and those shoes are now on sale. Huf Classics made by Moon Star are now $63 for low tops and $70 for highs, about the same as standard canvas or canvas/suede Huf Classics, and around the same price as Converse’s well-regarded Chuck Taylor 70s. The Moon Star Classics have a slightly thicker sole than the standard model, and the usual crescent-shaped toe cap/wrap, vs Chucks’ full rubber toe. Huff offers black, white, red, blue, and mustard, and at Huf’s site most models still have pretty full size runs available.

Filed Under: Huf, It's On Sale, Made in Japan, Moon Star