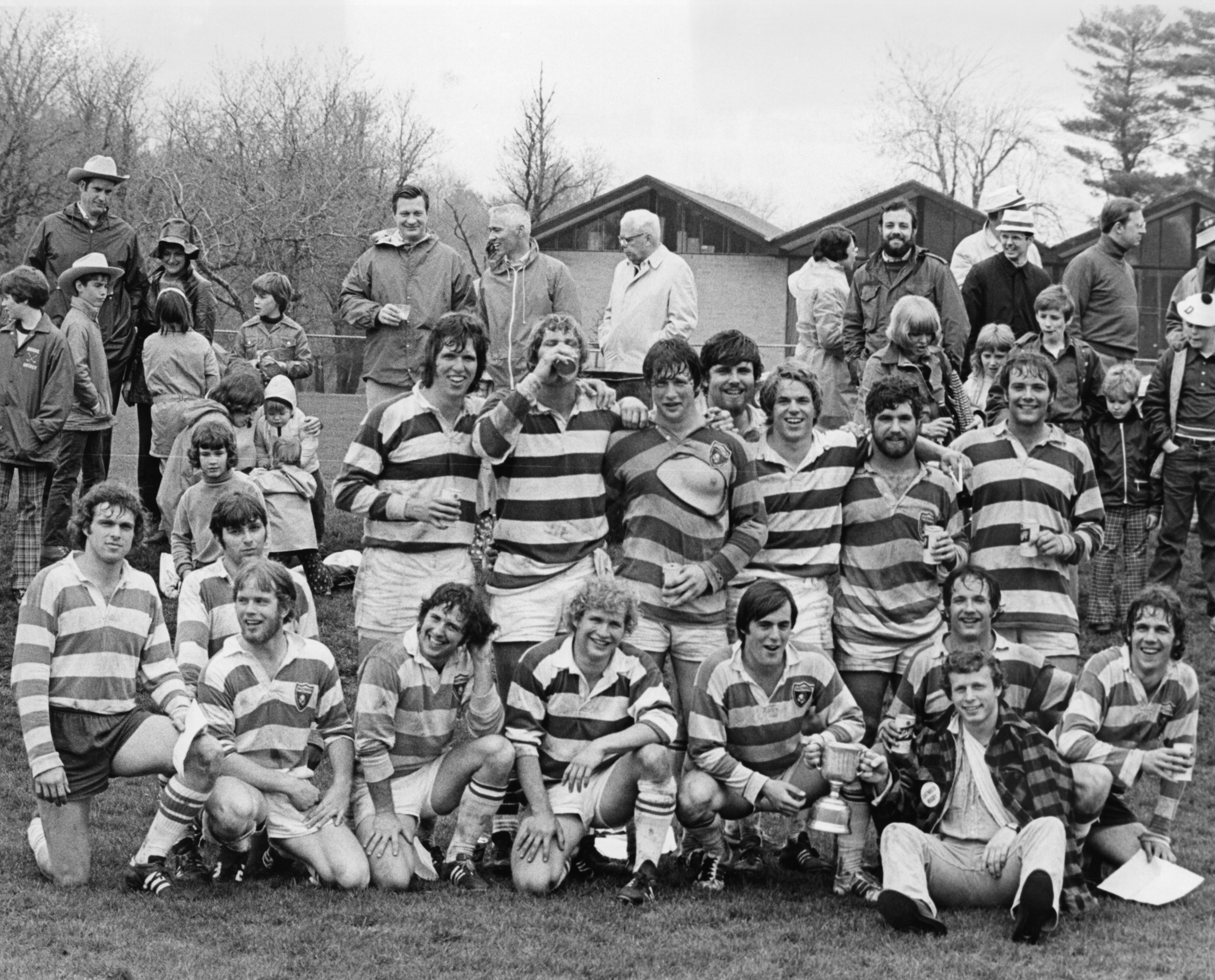 When it comes to sports’ influence on what we wear, often a sport moves on but the broader sportswear stays the same.

I’m not much for golf, but a couple of times a year I get a chance to play with my dad, who recently retired and is now more or less a full-time golfer. On the course, in the quiet, neutered pleasantness of landscape molded by golf-oriented artifice, we bond in typical father/son fashion. Basically, he gives me advice and I struggle to take it, and we talk about little outside of the last swing or the next. It’s fun, and at least once during every outing, I think to myself, “Hey, this is pretty nice. I could get into this.”

The only barriers are the colossal amount of time and money golf requires, my allergy to country clubs, and the state of golf-wear, which is entirely intolerable. Like many sports, golf has had tremendous influence on men’s fashion, but the clothes the actual athletes wear bear little resemblance to the clothes that have trickled into everyday men’s style. Like the cotton pique golf shirt, which can be great. But pro golfers today (and amateurs who’d emulate them) wear terrible, shiny, performance fabric shirts and are generally walking billboards for their sponsors.

Likewise, rugby players today wear jerseys that pay little homage to the classic, cotton, collared rugby shirt. They’re polyester/synthetic, tight (to avoid being tackled by your jersey), sometimes with a semblance of placket, and sometimes with patches to help grip the ball better. The classic cotton rugby, however, persists — witness the articles in men’s magazines every year heralding its comeback. I mean, we’ve endorsed rugbies at Put This On multiple times, and at least since at least 2009.

When I think of rugby shirts, I think of growing up in the northeastern U.S., where they seemed to denote sort of generic prep. My memories are of catalog rugby shirts from Land’s End or L.L. Bean — they had the key elements of a classic rugby:

Additional features, most of which I used to avoid, were embroidered crests, chest patches, and numbered patches on the back to imitate field-worn jerseys. 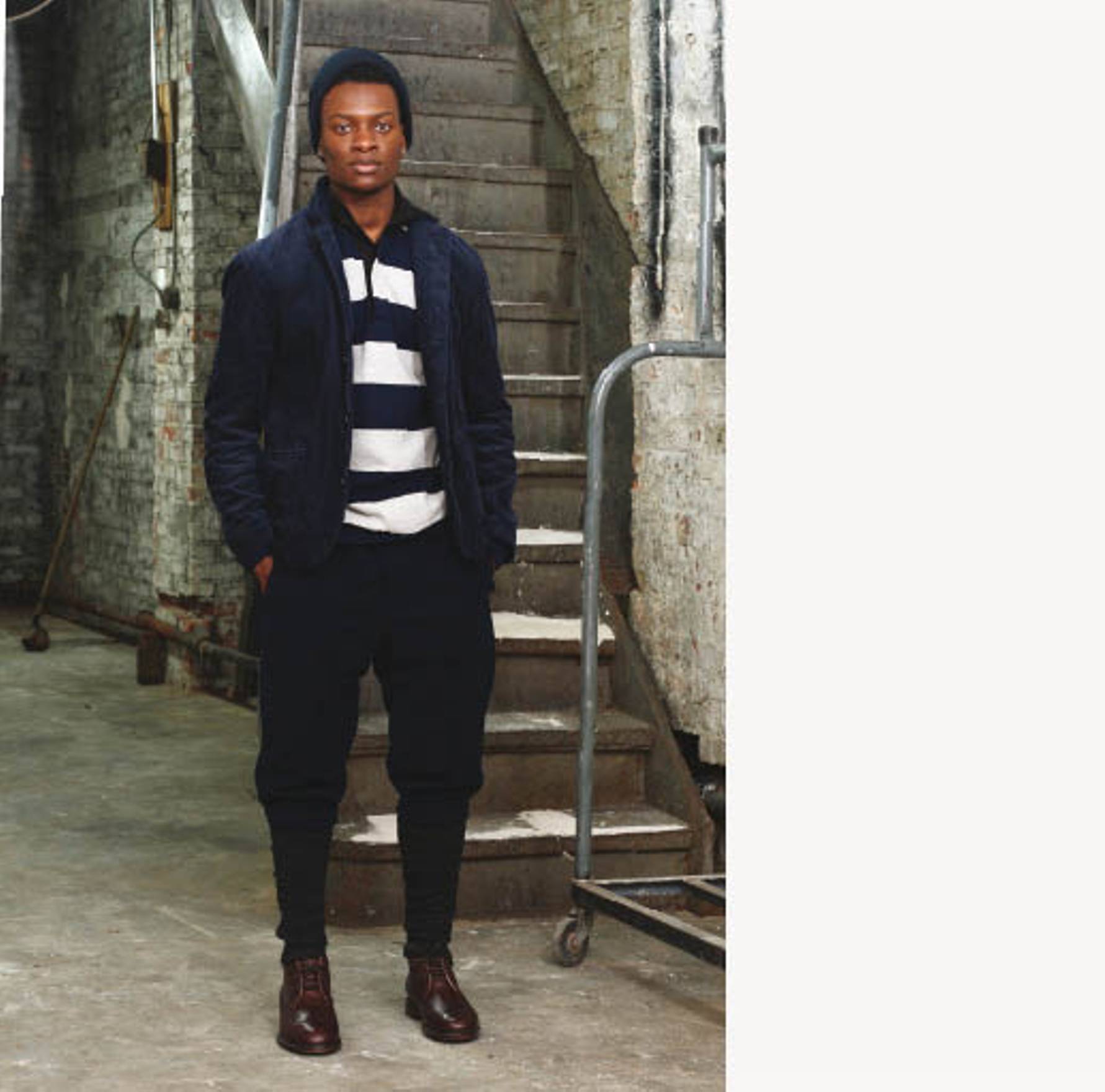 These days, I’m more aware of other subtle/subcultural associations for rugbies. David Hockey’s art dude rugbies. 70s rock climbing rugbies, allegedly rooted in Yvon Chouinard figuring out the collar held up well when carrying rope (these remain some of my favorites). Italian Paninari and their penchant for Benettons (See also Andrew Luecke and Greg Foley’s book, Cool). And 90s hip hop culture, influenced in part by Polo’s sporty 90s aesthetic, and made the rugby a basic unit of classic streetwear. 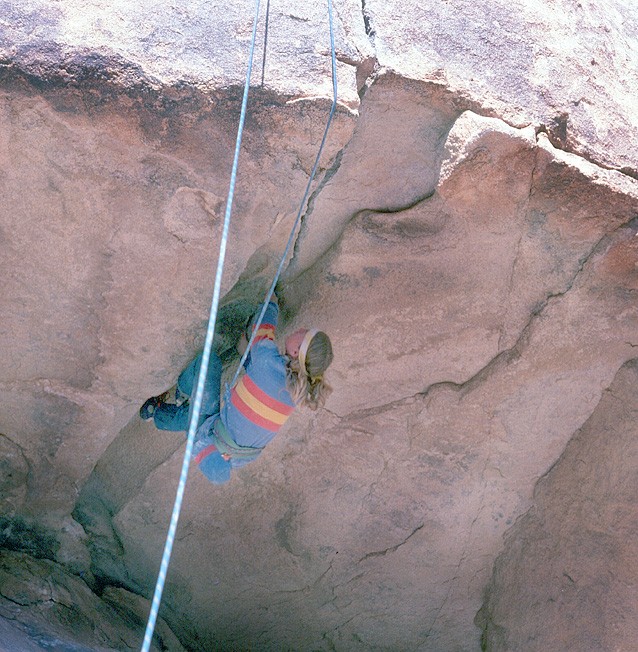 We’re not, of course, tied to faithful reenactments of past styles, whether that’s 1970s Ivy campuses or 1990s New York streets. I used to consider treatment of the rugby as a layer to be an affect of Abercrombie store merchandising, but I’ve seen it work and it makes some sense, if you treat the shirt as more of a sweater/sweatshirt rather than a long sleeve polo. I asked Anthony Madsen-Sylvester how he incorporated rugbies into his current wardrobe, and he said, “I tend to wear them oversized and tucked into cords, collar flipped and under a Barbour or a sport coat. Might even layer a rollneck underneath for that Rugged Ivy steez.” 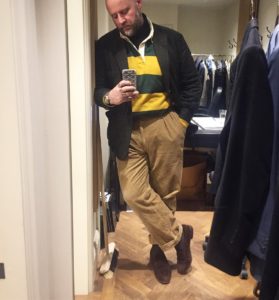 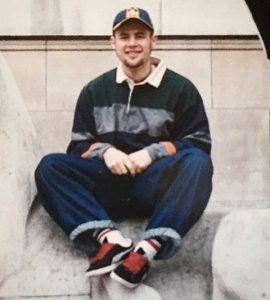 Anthony favors the 1980s Italian versions. “The strongest resonance for me is the classic Benetton green or blue striped one with box logo worn by the English casuals and the Italian Paninari in the mid 80s. That’s when I first lusted after one. I’ve picked up a couple of vintage ones but the prices for the proper Made In Italy ones in decent colors has gone through the roof.”

I still tend to wear mine un-layered, with jean or trouser-cut corduroys or khakis–less often with jeans. They’re also a great choice for the very short but enjoyable shoulder seasons when the long-sleeve-shirt/shorts combo is viable.

The State of the Rugby Market

Whether there’s a prep/Ivy resurgence or not, there are a lot of new rugby shirts out there right now, at any price you’d like to pay. 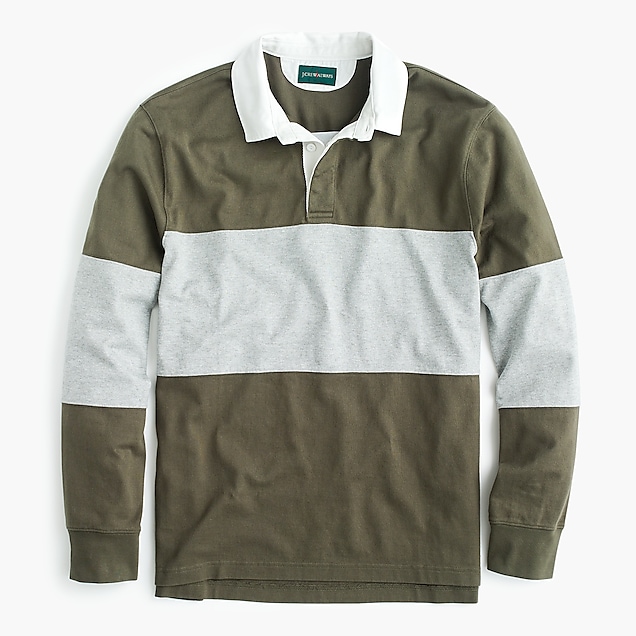 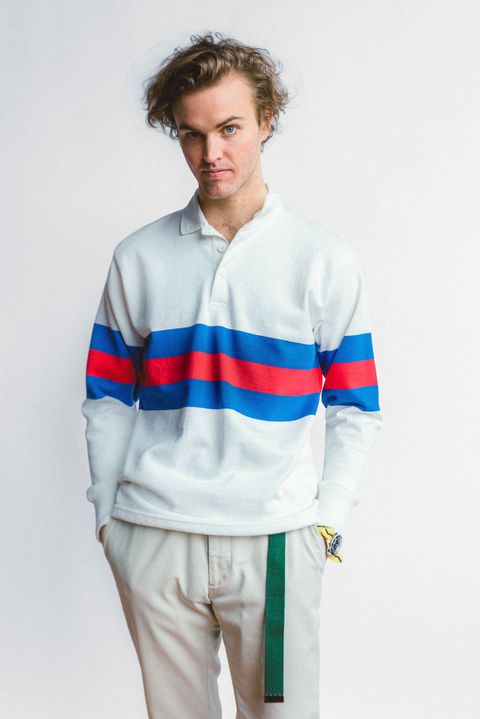 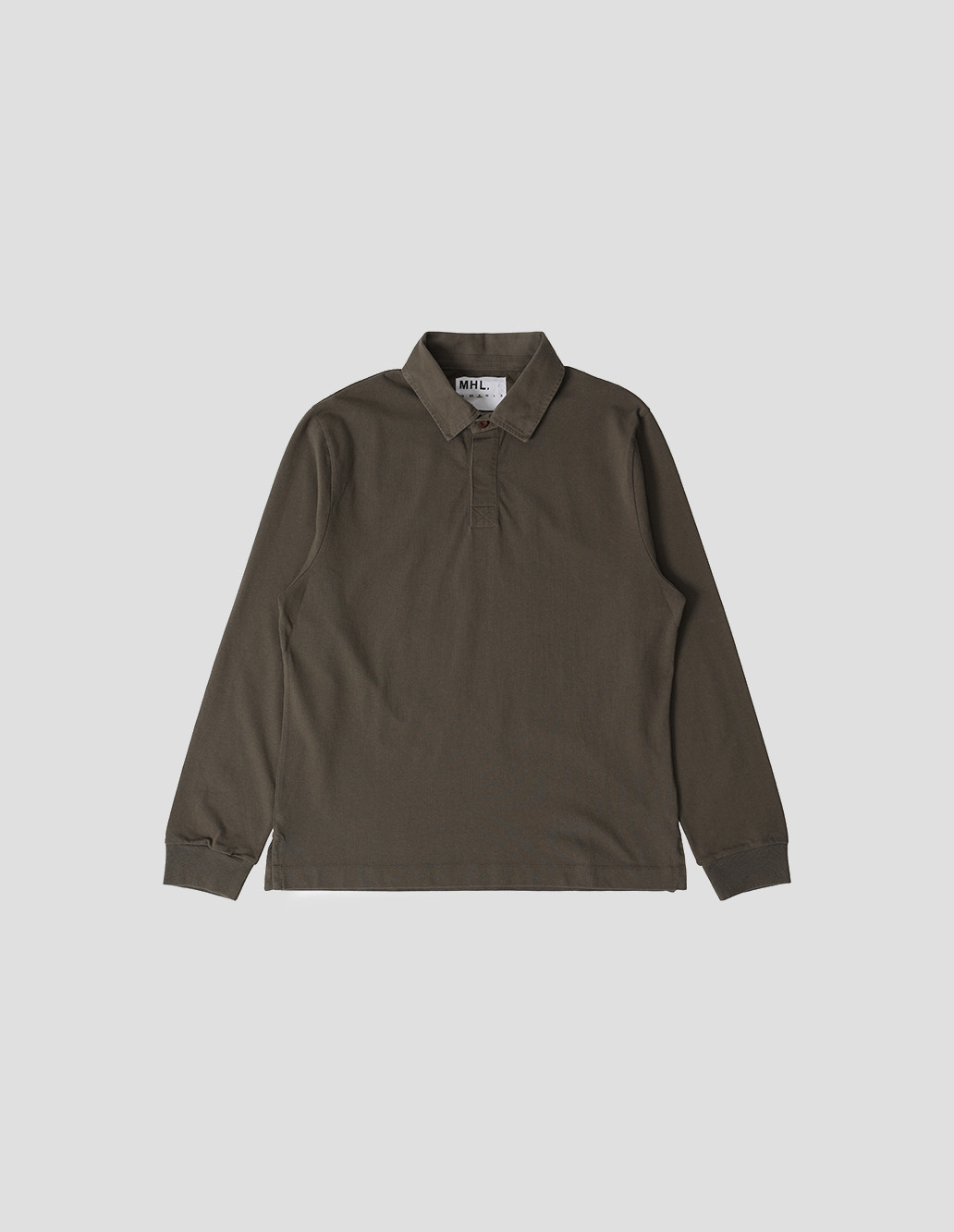 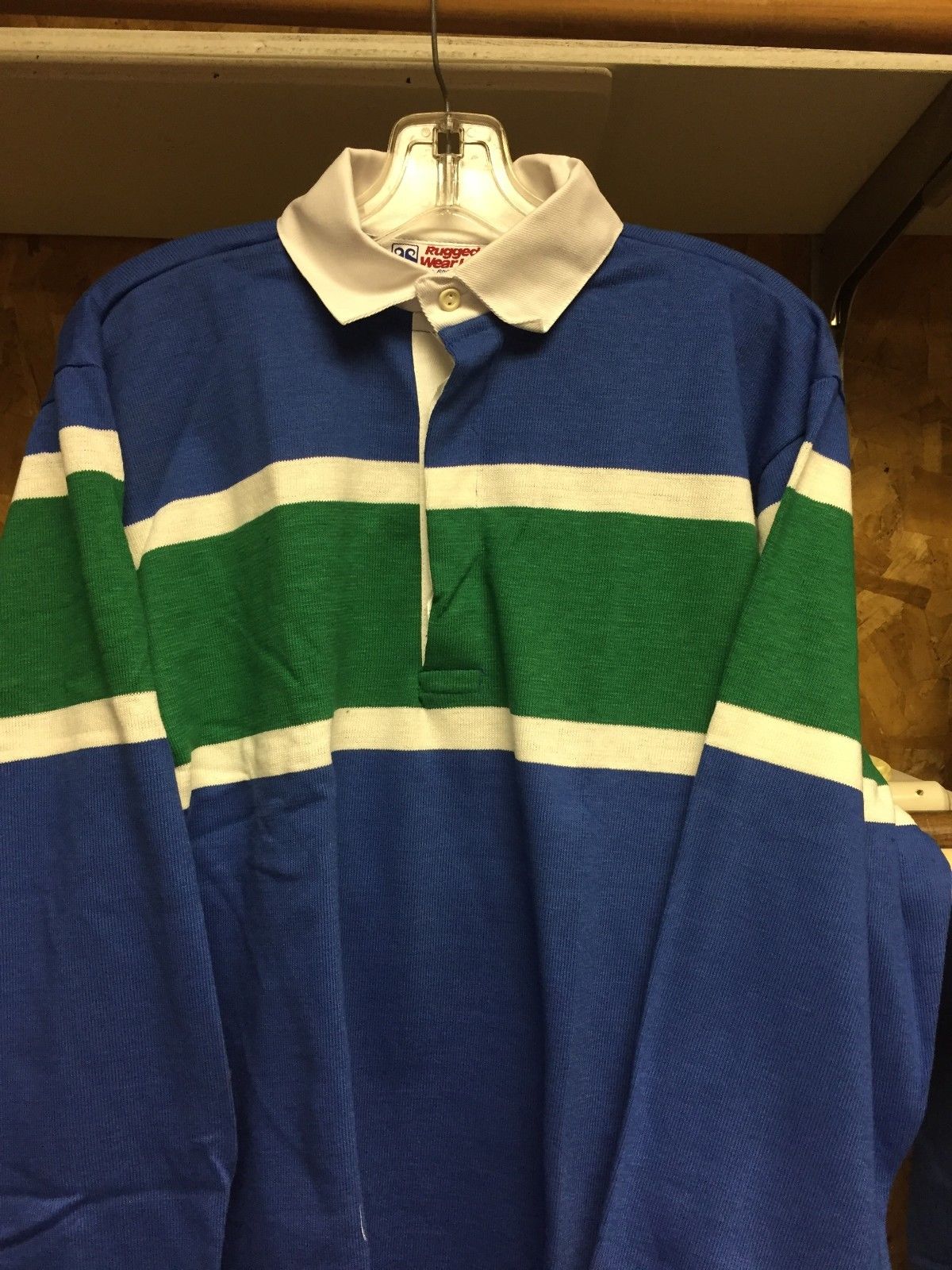 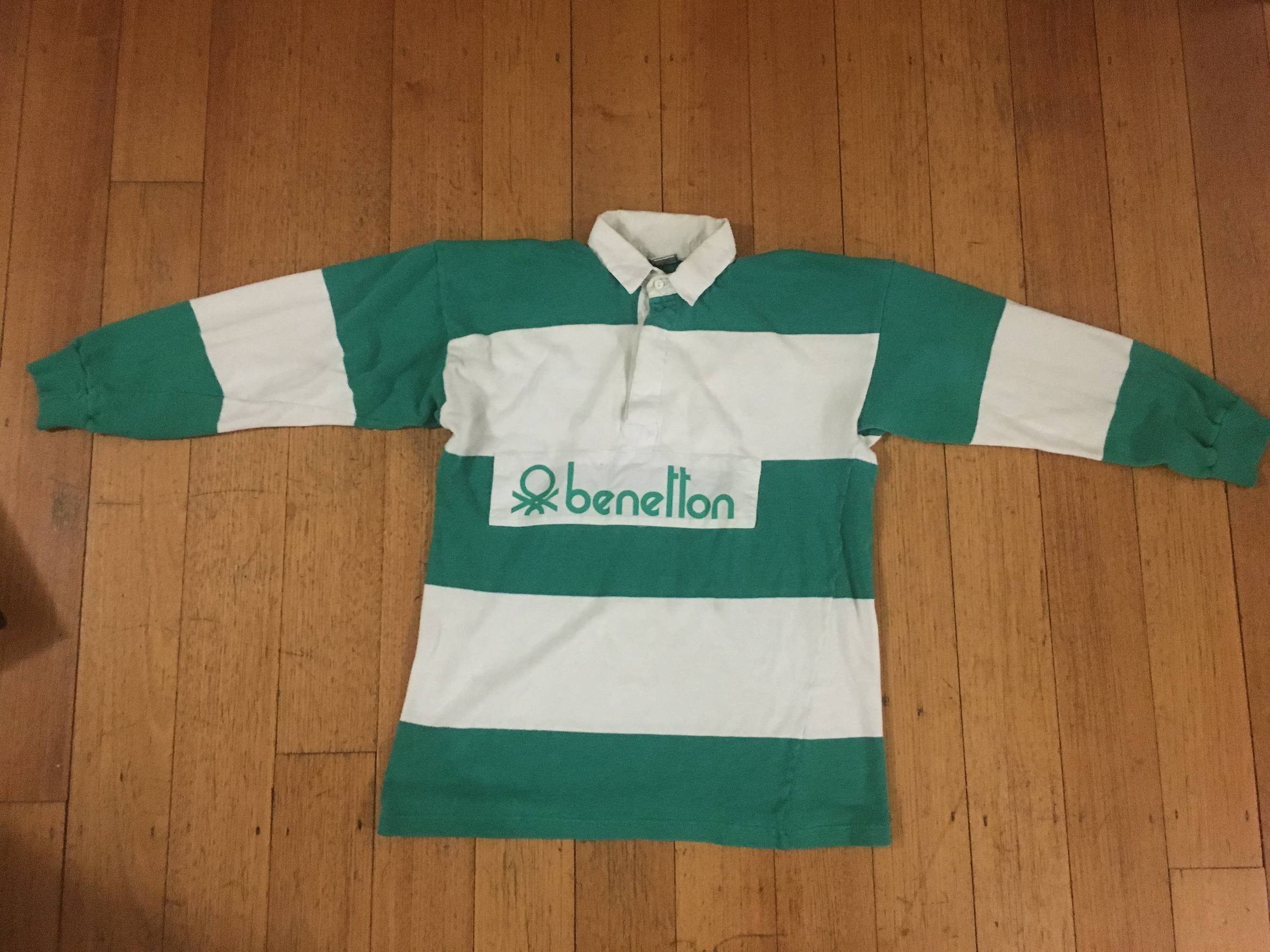 A classic Benetton on Grailed.