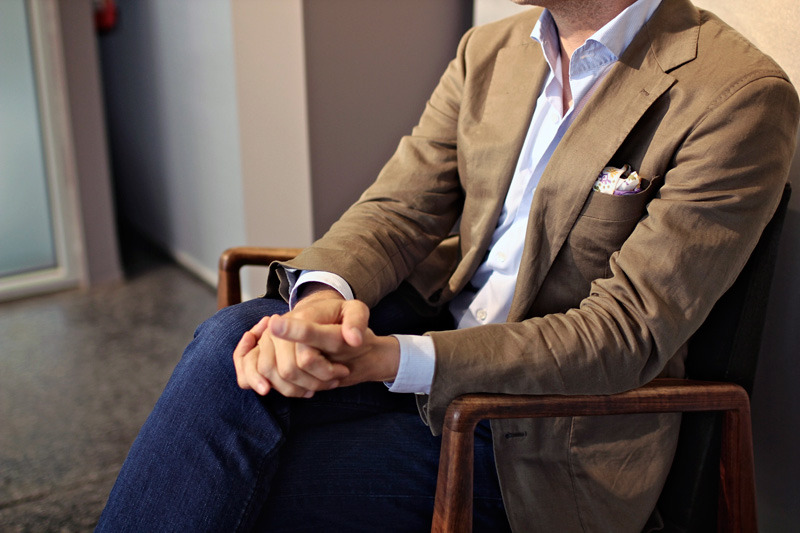 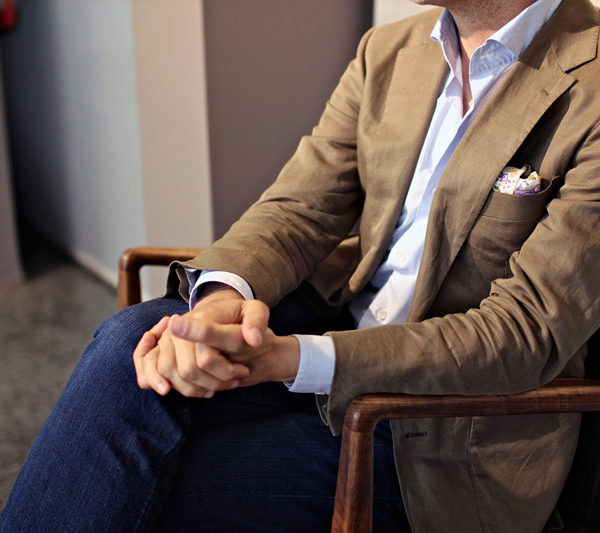 Everyone has their own pick for what they’d consider a summer essential. For me, it’d be a breathable sport coat. Something made from an open weave material – and has little canvassing, lining, or padding inside – will wear much cooler than your standard year-round wools. In fact, as hot as the weather gets in July and August, I don’t even touch my “year round” sport coats until October.

Most open weave materials can be classified as one of two types: tropical wool and linen. More of than not, breathable sport coats will be made from linen, partly because tropical wools tend to be very smooth, so they’re reserved for suits. The upside to linen is that it not only breathes well, but it’s also a good way to take the inherent dressiness out of a tailored jacket. Nothing says carefree and casual like having a few rumples and wrinkles in your sport coat.

You can wear linen jackets with almost anything, but I find they tend to look best with linen trousers. Something in a contrasting color, but similar weave, will make it so that your jacket and trousers are distinctive, but also harmonious. That is, pair smooth, tightly woven linens with other smooth, tightly woven linens; and slubby, spongy linens with other slubby spongy linens. A linen jacket will also pair well with cotton chinos, as both will have the same casual, summery sensibility. Between these two fabrics, you have a world of trouser options once you play around with color.

Don’t get too hung up on rules though. Luciano Barbera once advocated wearing a linen jacket with wool flannels, and while I personally wouldn’t do it – who am I to argue with one of the world’s best dressed men? Patrick Johnson of P. Johnson Tailors is also pictured above wearing a linen jacket with denim. If you want to try that kind of combination, consider getting a jacket that’s slightly shorter in length and forgoing the tie. As usual, the danger with denim plus sport coat combinations is that they can look a bit discombobulated – very dressy up top, too casual down low. Play down the jacket by getting something that has a slightly less traditional cut, and forgo any neckwear. That way, you’ll bring the tailored jacket down a notch in its formality.