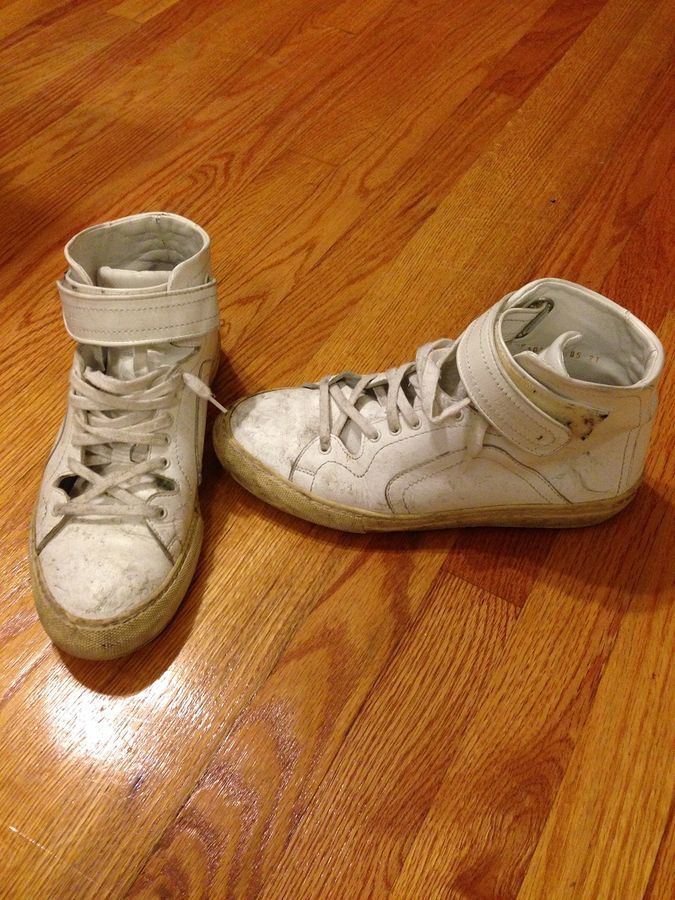 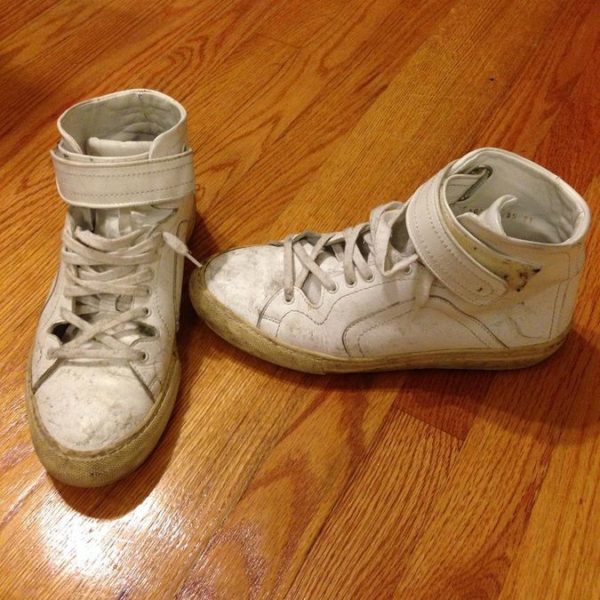 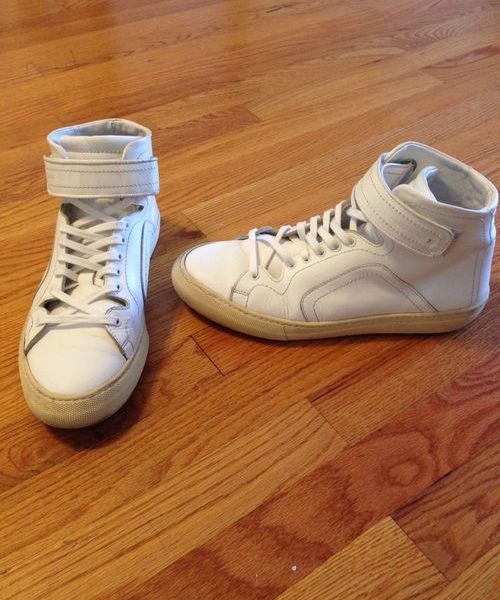 I never advocate fussy treatment of sneakers–boxfresh is nice and all but most improve with a little dirt and creasing. When simple canvas sneakers like Vans authentics or Chucks get too far gone, they can be tossed in a washing machine, but what to do with leather is less clear.

A potential solution: Mr. Clean Magic Eraser. Kyle (previously featured as a Real Person) recently uploaded before-and-after photos of his Pierre Hardy sneakers, which he’s been wearing on and off since 2009. He scrubbed them with a Magic Eraser, added new laces, and they’re looking 4 years younger. I’m going to try this out on an older pair of Nike Dunks as soon as I can.

Some caveats–the eraser pads are made of melamine foam, a whiz-bang space-age product that’s mildly abrasive, like an incredibly fine sandpaper. It took all the dirt off Kyle’s kicks, and the original glossy finish, too. If you’re concerned about that, test it out on an inconspicuous spot before you attack your Margielas. Kyle also said that the eraser was less effective on the rubber sole than on the leather upper. For suede sneakers, I’ve found suede cleaning kits (which often include a traditional, rubber eraser and a brush) effective, and would expect the Magic Eraser to be less so.