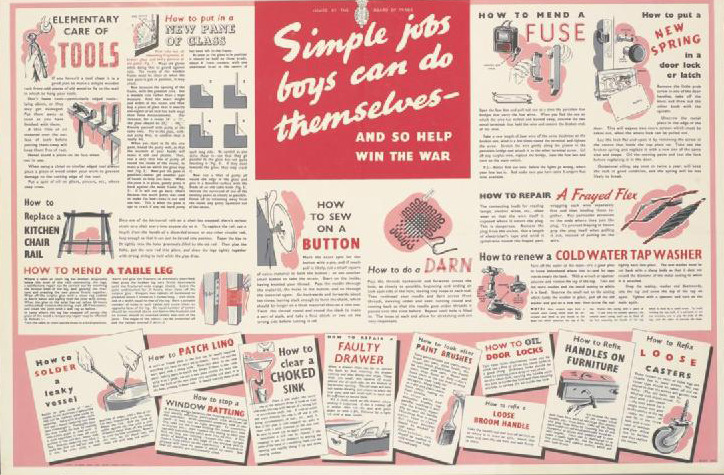 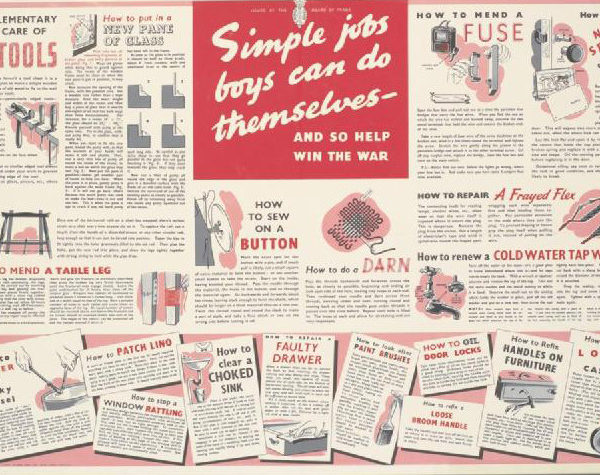 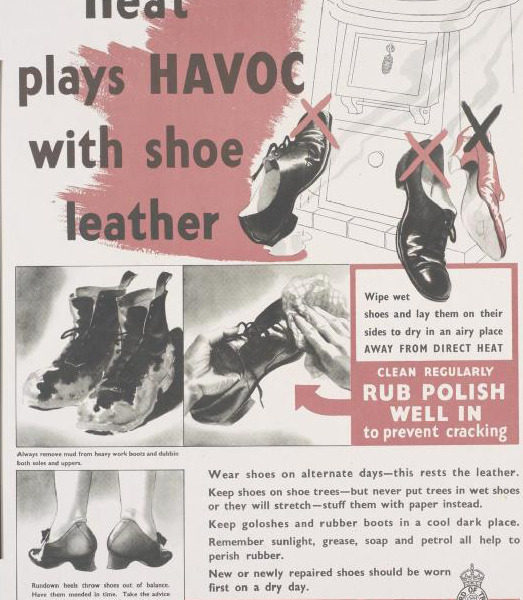 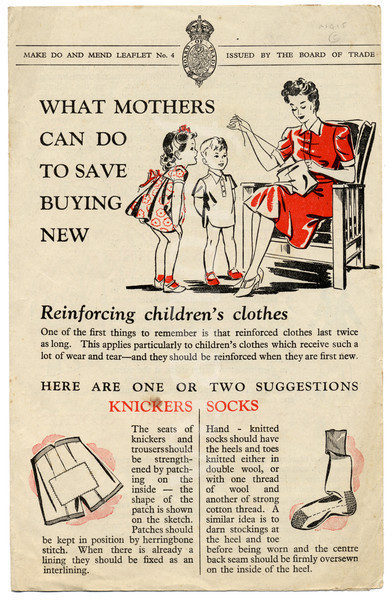 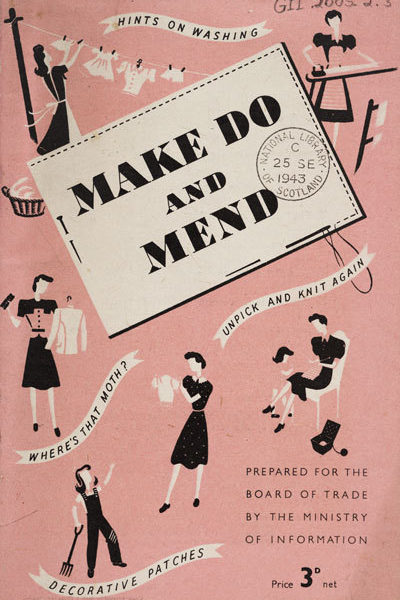 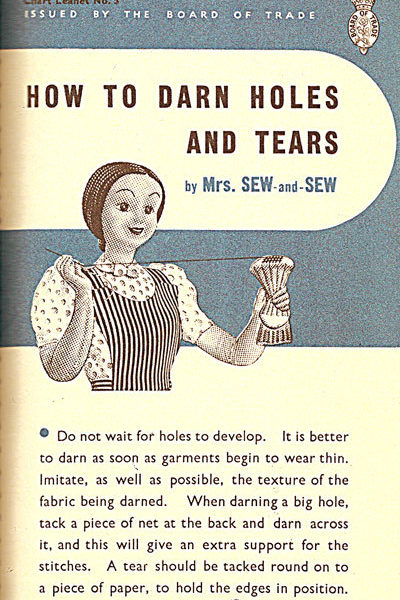 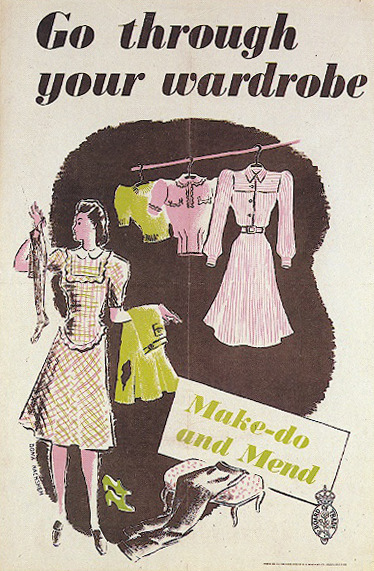 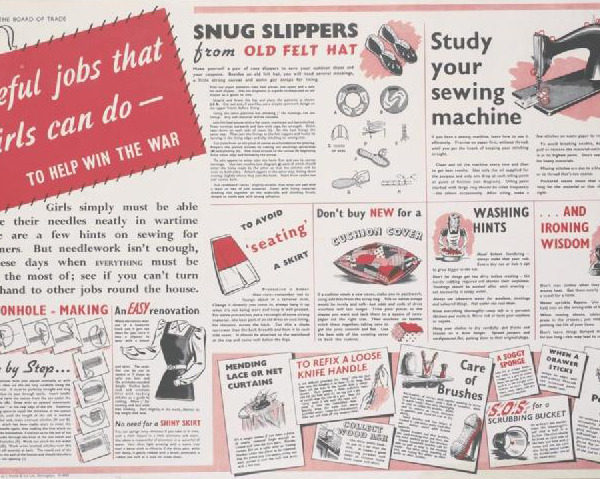 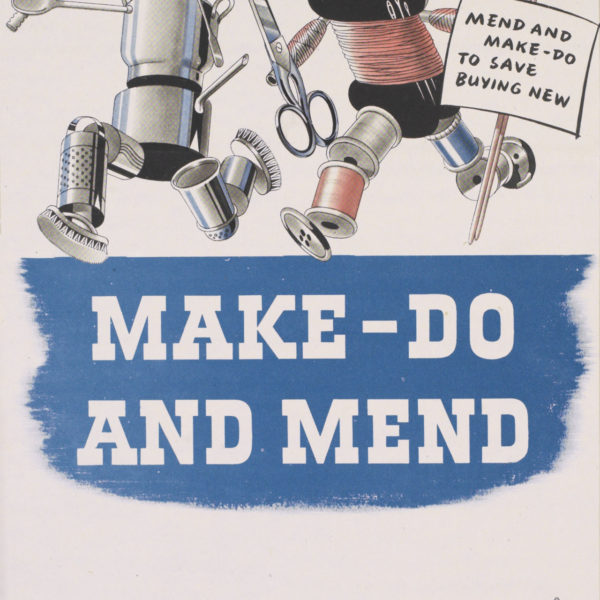 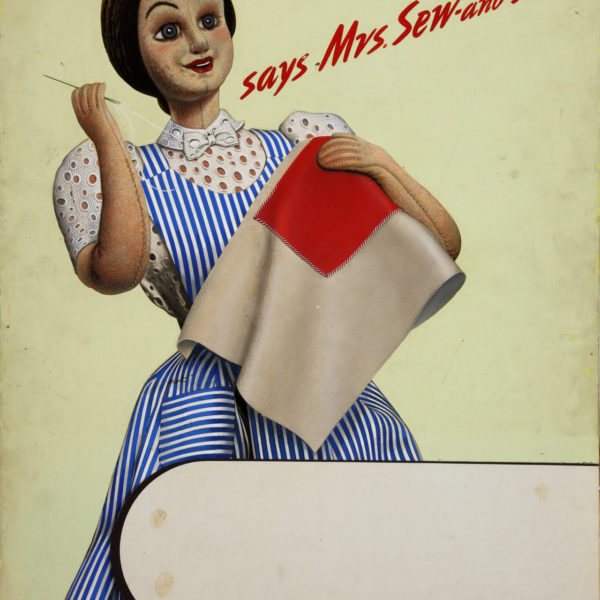 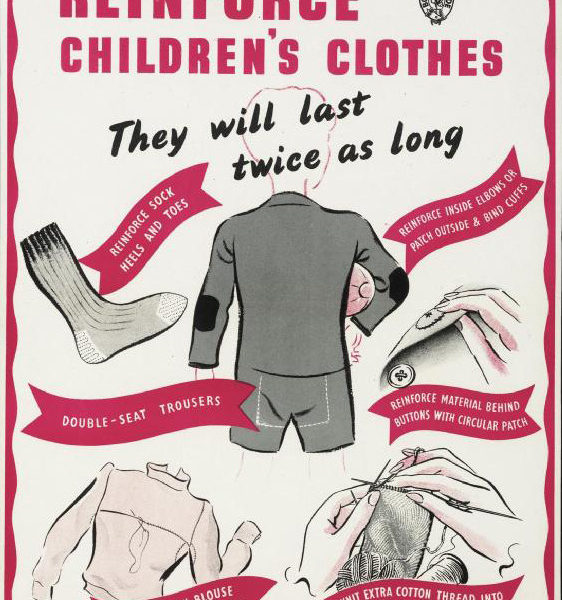 The Imperial War Museums’ website has a really great collection of “Make Do and Mend” artwork, which was used in Britain in the early 1940s to support the government’s rationing programs. After the outbreak of WWII, Britain saw a decline in imports and a strain in domestic production, so they had to ration food and clothing in order to make sure they had enough to fight the war, while at the same time ensuring that each citizen got what they needed to survive.

This resulted in some interesting changes. Men’s jackets, for example, only came with three buttons and two pockets, and pants were made without any pleats or cuffs in order to help conserve materials. Women’s dresses also came without any pleats, elastic waistbands, or fancy belt detailing, and heel height was limited to two inches. In addition, the government gave each family a certain number of “clothing coupons” per year. Every item of clothing at this time cost a certain amount in coupons and a certain amount in money, so if you didn’t have enough coupons, you couldn’t pay for something. Generally, each adult was given enough coupons to buy one new outfit per year.

Out of this came a British “make-do and mend” ethos, whereby civilians were encouraged to patch up and repair old garments, rather than buy new and replace. When garments couldn’t be patched up any longer, they were “deconstructed” so that their raw materials could be recycled. Raggedy sweaters, for example, were sometimes “unknitted” so that the yarns could be used to darn old knits or makes new ones entirely. This was thriftiness at its best, born out of a need to fight fascism.

Anyway, as I was saying, there’s some great “Make-Do and Mend” campaign artwork on the Imperial War Museum’s website. Much of what you see above is from them, though I also pulled from Google Images. There’s also a great video on YouTube that was originally produced by England’s Ministry of Supply, where you can see a sort of “fashion show” for clothes that have been made from old, recycled garments (e.g. turning old, plus-sized trousers into new women’s dresses).