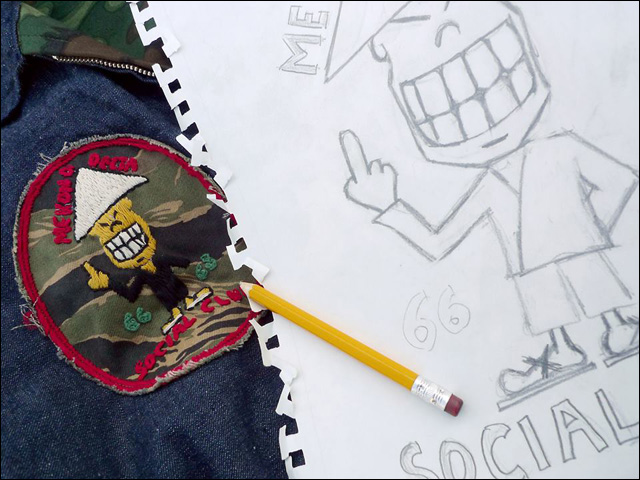 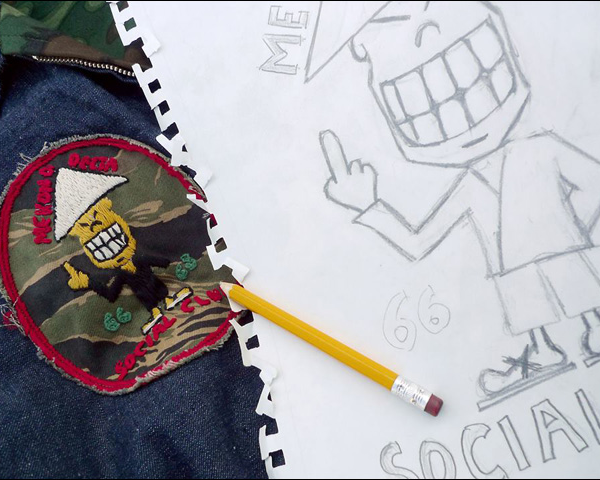 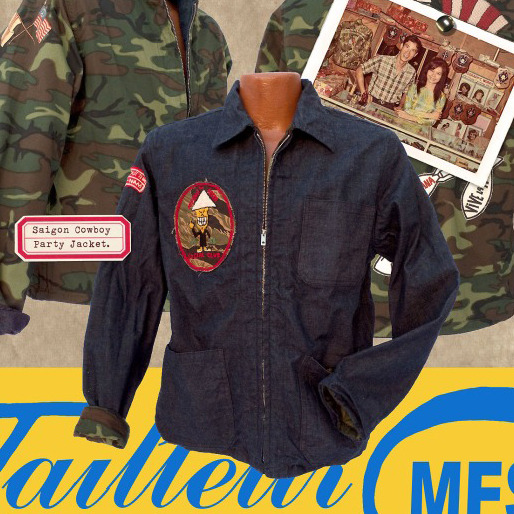 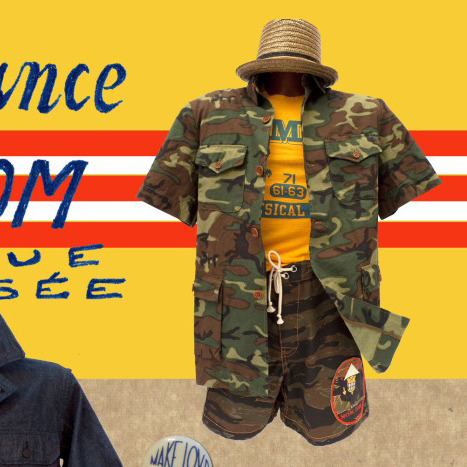 Christophe Loiron, founder and designer behind Mister Freedom, has given us the perfect illustration of how to make a bad situation worse.

Last week, he revealed his latest spring/ summer collection. Titled “Saigon Cowboy,” it takes inspiration from the Vietnam War and features a racist caricature of a Vietnamese man. You can see the illustration above: drawn with slanted eyes and big teeth, and wearing a stereotypical conical hat.

As one might expect, Loiron’s been criticized for his design. He’s responded in a number of ways. At first, he claimed he’s offering a subversive comment on the absurdity of war and imperialism. That’s when I contacted him for an interview, hoping for some clarification. Initially he responded via email, but then his communications took a turn.

After reading Jon Moy’s post at Four Pins (which ran with the lede “A BIG FUCK YOU TO MISTER FREEDOM FOR THIS RACIST FUFU SHIT”) Loiron told me that he’ll decline to comment at all and instead just “pass and move on.”

Then yesterday, Loiron posted a picture of the patch on Facebook and Instagram, along with the message: “Things might not always be PC or tasteful, but I believe keeping a sense of humor helps swallow the pill of Life. Je suis Victor Charly, Mekong Delta Social Club.” (Victor Charlie, for those unfamiliar, was the NATO code for Viet Cong).

I’d hoped to write about the ways the messages we send with our clothes can be interpreted in unexpected ways – but that statement was a bridge too far.

My family fled Vietnam shortly after the Tet Offensive. In their escape, a number of people died – some killed by the Viet Cong; others executed by the Khmer Rouge when they arrived in Cambodia. Those who eventually made it out of Indochina left with pretty traumatic memories. One of my aunts watched a young girl get violently raped when pirates boarded their escape boat. Those in my family who eventually made it to the US are eternally grateful for the chance to live here, but we’ve also experienced racism. Telling people they should have a sense of humor about the kind racism and upheaval they’ve experienced is even more insensitive than creating this patch in the first place.

Loiron declined my request for a phone interview, but he did answer some of my questions over email. He said he intended the jacket to have an anti-war message: “There’s a skull with an Uncle Sam stars-and-stripes top hat dropping bombs, and several messages in French and English. ‘Pax Americana,’ ‘Vive La Mort,’ ‘Après Moi, Le Déluge’ … each underscoring the absurdity of it all.“ The man depicted on the patch, he said, is meant to represent the Viet Cong guerrillas telling the US to go home.

It’s unclear to me how this jacket – or any of this collection – actually communicates the absurdity of war. Loiron doesn’t re-imagine or re-interpret any of the clothes or patches that were around at that time; he’s just re-creating them. More importantly, he didn’t answer the bigger issue: why did he choose to depict the Vietnamese character in the most racist and offensive way possible? He’s obviously trying to be provocative, but why?

To be clear, I don’t think Loiron is a racist man. He pointed out to me that his wife and clothing manufacturers are Japanese, and his in-laws spent their adolescent years in Japanese internment camps. He’s also used his label to help raise funds for disaster relief in Japan and the Philippines. (Japanese and Filipino people aren’t the same as Vietnamese, but to be frank, I don’t think Loiron is sophisticated enough to draw a difference.)

I do think, however, that he included this patch because he thought it would be, well… punk rock. Mister Freedom as a brand is largely about reproducing vintage garments, and this looks like something a US soldier might have actually worn at the time.

If it is a reproduction though, that’s no excuse. Loiron should exercise some common sense when designing clothes. The need for authenticity should stop when things cross over into racism. What do we gain from reproducing the racist iconography of the past? What’s the message being sent when his customers wear such iconography today?

Here’s the thing: I’m a Mister Freedom fan. Or was. In the end, I wish Loiron just did the decent thing and cop to his mistake.

As Jesse once wrote, it’s easy to feel like people are attacking your inherent character when you’re called racist or sexist. No one sees themselves as inherently evil, so the kneejerk reaction is to protest: “I’m not a racist, I’m not a bad person, I couldn’t have done something racist!”

The bigger thing to do is to take a hard look at your actions and try to see how other people might see things. Consider their feelings and how they experience the world. In other words, be empathetic. Then maybe you can see how things can be viewed differently and say: “Since I’m not actually racist or sexist, I want to apologize for my actions.”

So: I don’t think Christophe Loiron is a racist. I just think he’s an idiot.