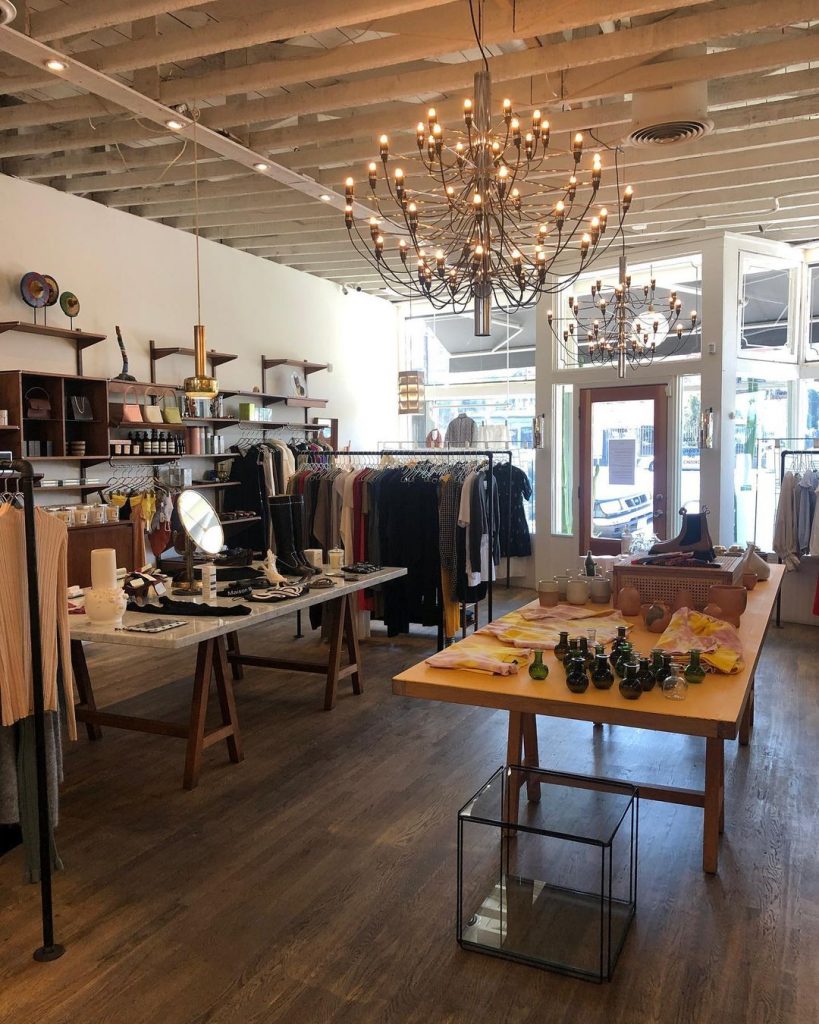 Mohawk General Store is one of those niche fashion boutiques made for people who simply love clothes. I love how often they’re willing to take chances with their seasonal buys, so it’s not always the latest, hottest craze, but also not the most boring things imaginable. Their lines are upscale and often luxury, but not serious or somber. The store is designed for people who like to try things on and have fun.

Each year, they hold an archive sale for things that didn’t move in previous seasons. But like many stores, they only hold it for people who are able to visit the shop, which helps keep online customers interested in shopping at full-price. Since this year has been especially rough on retailers, and holding a jam-packed in-store sale isn’t wise or possible, they’re now holding it online. Starting tomorrow, November 11th at 11am PST, you can find select items up on their website at discounts between 70% and 90% off.

Some things at Mohawk General Store are a bit more fashion-forward than what we usually talk about here at Put This On. But you can also find offbeat Japanese workwear labels such as Monitaly, Haversack, and Engineered Garments, modern minimalism from Lemaire and Our Legacy, and basics from Gitman Brothers, Save Khaki, and Barena. SMOCK is Mohawk General Store’s in-house line, which in the past has offered drapey cardigans and pleasingly wide pants. If your taste leans a little more adventurous, 70-90% off discounts will be an easy way to experiment.

Oh, and while you’re there, check out their current season stock as well. I have a slightly wider, double-knee version of these Stan Ray painter pants, which I love (am wearing them right now). I also bought this oversized Monitaly bomber this season, which is made from military parachute fabrics from the 1970s and ’80s (go true to size). Alex Mill has a cool 90s style chore coat in a heavily washed denim. And for this season’s Smock offerings, Mohawk General Store made some printed tees that pay tribute to the Jazz Workshop, a legendary San Francisco North Beach music venue where numerous acts made live recordings during the 1960s.

More details about the sale can be found on Mohawk General Store’s Instagram.

Filed Under: It's On Sale, Mohawk General Store