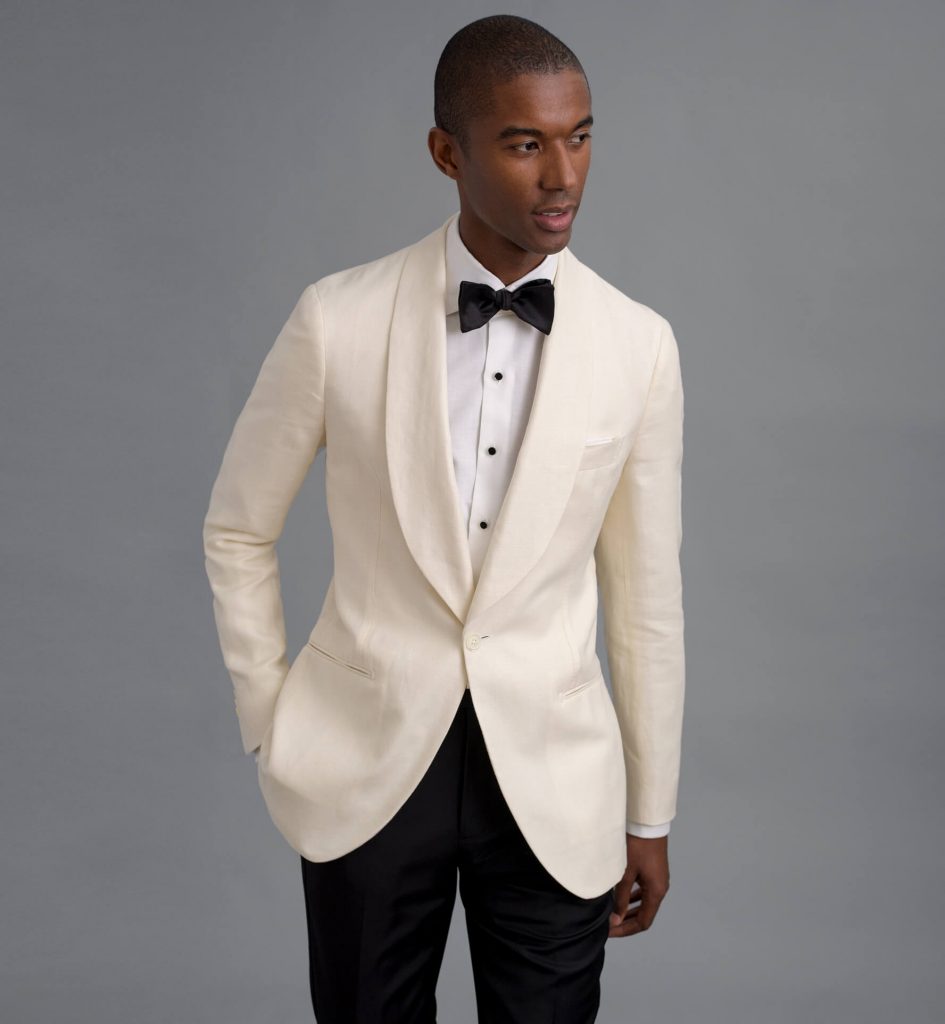 Put This On wouldn’t be possible without the support of our sponsors, so twice a month, we like to give them a special shoutout. Doing so allows us to recognize them for their support and update readers on our sponsors’ special happenings.

Much has been written about the supposed death of tailored clothing, but as office dress codes relax, tailoring is transitioning more into a celebratory role than a required one. If you want to wear something fun this summer, consider the cream-colored dinner jacket. A formal rig traditionally involves a black or midnight blue tuxedo, usually finished with silk or grosgrain facings. But in the summertime, you want something a little bright and more celebratory. Proper Cloth’s “Mayfair” jacket is made from a wool-linen blend, giving a crisp, dry hand and superior drape. It has a slightly warm color — like milk with a touch of butter — and can be worn with formal black trousers, a formal white shirt, and black slip-on shoes. When would you wear this sort of thing? To summer weddings, garden parties, and fancy dinners. This isn’t daily attire (unless you live life like that), but it’s the sort of thing you can wear for fun when the right occasion arises.

For something more casual, consider Proper Cloth’s new line of spring chinos. Most chinos on the market fall into one of two categories: the uber-expensive, tailored cotton trousers from Italy (which commonly start at $300 and up) or the mass-produced chinos you find at the mall (typically retailing for under $100, but roughly made with overlock stitching). Proper Cloth’s chinos are made much like their dress trousers, which means they have covered French seams and a split-rear waistband. And since they’re customizable, you can choose your details — on-seam or forward slanted pockets, button or zip fly, belt loops or side tab adjusters, etc. 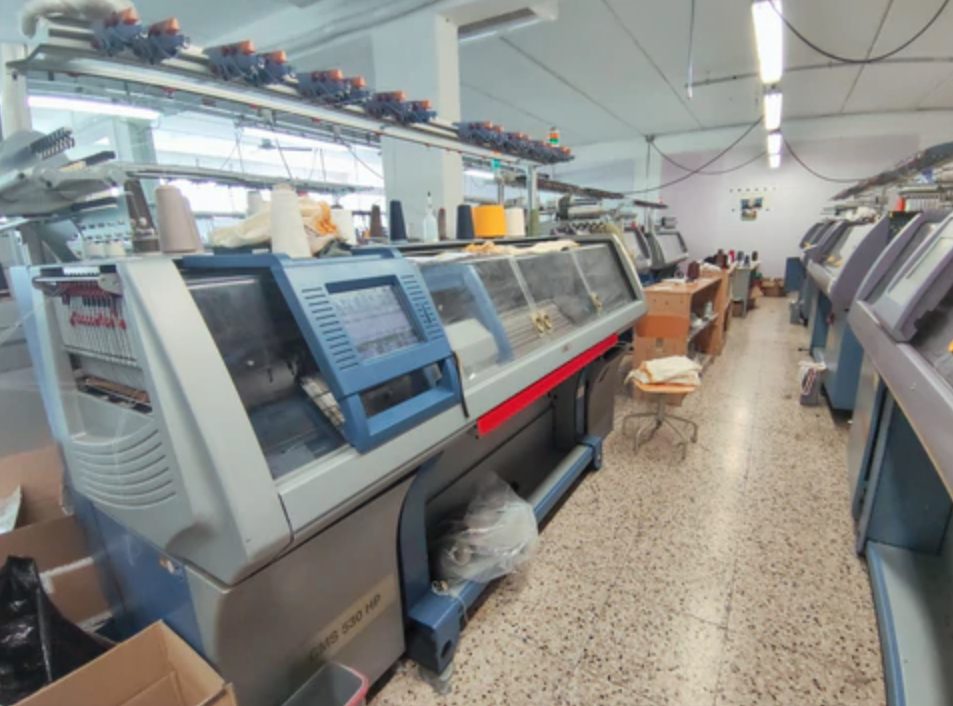 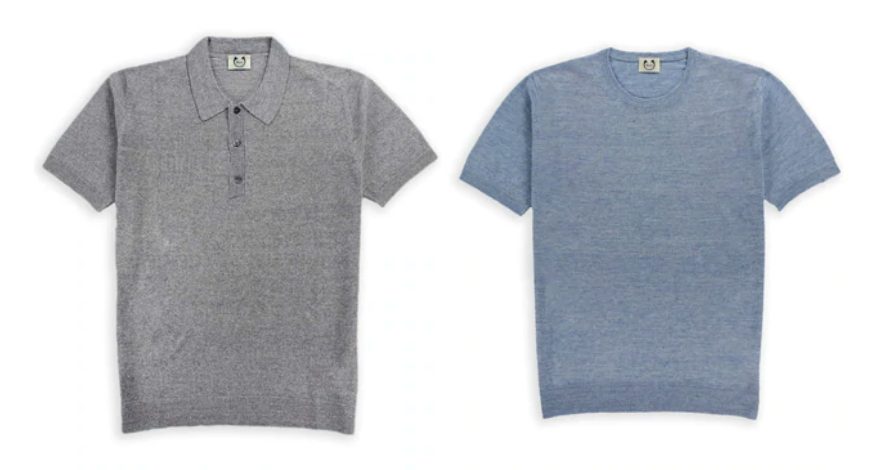 In a small knitwear factory based in Italy, machines are humming as they produce Wolf vs. Goat’s fine gauge knitwear. The factory’s current owner, Quartino, says his mother started the business when she was just a young seamstress. At the time, she had a small side hustle selling homemade knitwear. She took the profits from that and bought a motor-driven loom, and then operated on that for a while until she could save for modern machines. The company kept growing until it reached its peak in the 1990s, when they were producing almost two million knits per year.

Like almost all manufacturers based in post-industrial economies, this small knitwear factory has had to change course in recent years. Decades of globalization have made it difficult for high-cost manufacturers to keep up with cheap imports and overseas factories, so this factory, like many others, has had to focus more on quality than quantity. “The world is packed with people that are willing to make the same middle/low-end product,” says Quartino. “You try to pinch pennies and save 10 cents here or there. That becomes a daily war. You have to constantly try to find a way to be competitive. You then end up cutting the costs by cutting workers’ salaries or cutting the quality of the yarns. I did not want to get involved in this, so I make the best product I can, asking for the best price I can. Now, I do not have to fight over 50 cents because when people see my products, they are happy.”

This factory specializes in small-batch, high-quality knitwear, mostly made from fine gauge yarns. “I mostly make 18 gauge products, and we are specialized in this ultra-thin gauge. In my factory, I have machines for all gauges, and the 3 gauge (super chunky) machine is taking dust.” Fine gauge knitwear is silky and smooth, more comfortable to wear in the springtime, and can be used as layering pieces in the fall. Wolf vs. Goat’s selection includes short and long-sleeve polos, linen-silk quarter-zip sweaters, and linen-cotton crewneck that feel more unique than your basic merinos. These sweaters have a soft hand characteristic of Italian knitwear production, but cost a fraction of the price of what you’d pay at Zegna or Canali. Remember, you can always get 50% off all of Wolf vs. Goat’s full-priced items if you sign up for their Rewards Membership program.

Over the last thirty years, suspenders have gone much in the way of hats. Once common in men’s wardrobes, they’ve become something of a relic of the past. But why might you want to wear suspenders? For one, they’re more comfortable than organ-squeezing tourniquets. Since your waist expands when you sit, and returns to its smaller circumference when you stand, belts are only comfortable in one of these positions. Suspenders, on the other hand, allow you to have a little extra room at the waistband to accommodate these changes. Plus, they’re better at holding up your pants. Belted trousers tend to slip down throughout the day, which requires you to adjust them continually. You can set the desired length with suspenders, put them on, and never bother with them again. There are two sides to American style. The first is the buttoned-up, conservative look of trad, which involves Brooks Brothers’ sack suits and Alden brogues. The other side is much more fun and celebratory. This second side includes everything from seersucker suits to patchwork madras to critter pants. It also includes all of the riotous, pastel-colored clothes people wear to the Kentucky Derby.

To celebrate the fact that the Kentucky Derby is happening this Saturday, Dapper Classics just put up their new Derby collection. Included are some pastel-colored neckties, traditional leather belts, and bright pocket squares. There are also a ton of high-quality socks in fun colors such as sky blue, pastel pink, and egg yellow. These socks are available in solid colors and derby-themed motifs, such as horsebits, jockeys, and mint julep cups. Even if you can’t make it to the Kentucky Derby, these cheerful socks can be worn to garden parties and fun outside gatherings. Their bright colors will add a springtime feel to any outfit. The fact that these are produced at a third-generation, family-owned mill in North Carolina only underscores their American pedigree. 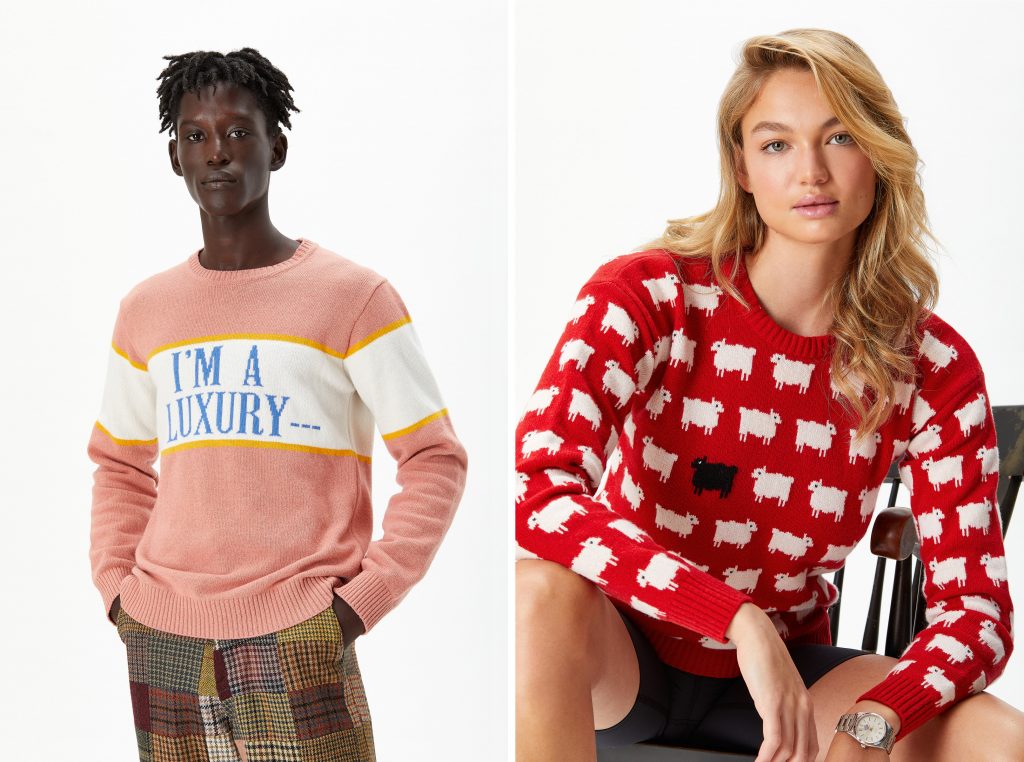 During the 1980s, the Sloane Rangers were the British equivalent of American preps. They embraced things such as waxed cotton Barbour jackets, tattersall shirts, and Hunter boots as part of an upper-middle-class look, partly inspired by photos of the newlywed Charles and Diana wearing theirs while at their country home. But the most iconic pieces associated with Princess Diana are these intarsia sweaters you see above, which have been brought back by Rowing Blazers.

One of them is the “sheep sweater,” a red knit jumper emblazoned with rows of sheep (including one black sheep) designed in 1979 by two young women in their twenties, Joanna Osborne and Sally Muir. Their label, Warm & Wonderful Knitwear, began with a market stall in London’s Covent Garden but shot to fame in the early ’80s when Lady Diana Spencer began wearing one of their sheep jumpers to her fiancé Prince Charles’ polo matches. David Bowie, Andy Warhol, and a string of other icons of the era were also early Warm & Wonderful customers. The pattern has been copied from time to time, but Osborne and Muir have not produced the original until now. This one is a true collaboration and comes with a “Warm & Wonderful for Rowing Blazers” label.

Another iconic Diana knit is a soft pink and white sweater with the cryptic phrase “I’m a luxury” blocked out across the front. The original was produced in several colorways during the 1980s by British designer George Hostler and his compatriot Gyles Brandreth, a writer, broadcaster, and sometimes member of the British Parliament. Princess Diana and Elton John were among the duo’s devotees. “Both of these sweater designs have been copied or referenced by others over the years (sometimes without crediting or acknowledging the original designers),” says Rowing Blazers creative director Jack Carlson. “But collaborating with the original designers is exactly what makes this so special to me. I can just picture Joanna and Sally in their twenties, selling their jumpers to Sloane Rangers, pop stars, and royalty. When I was little, in the early ’90s, my family lived in Hampstead in north London, and my mother had one of the original sheep sweaters. It looks as great now as it did then.” You can find the sweaters on Rowing Blazer’s website. 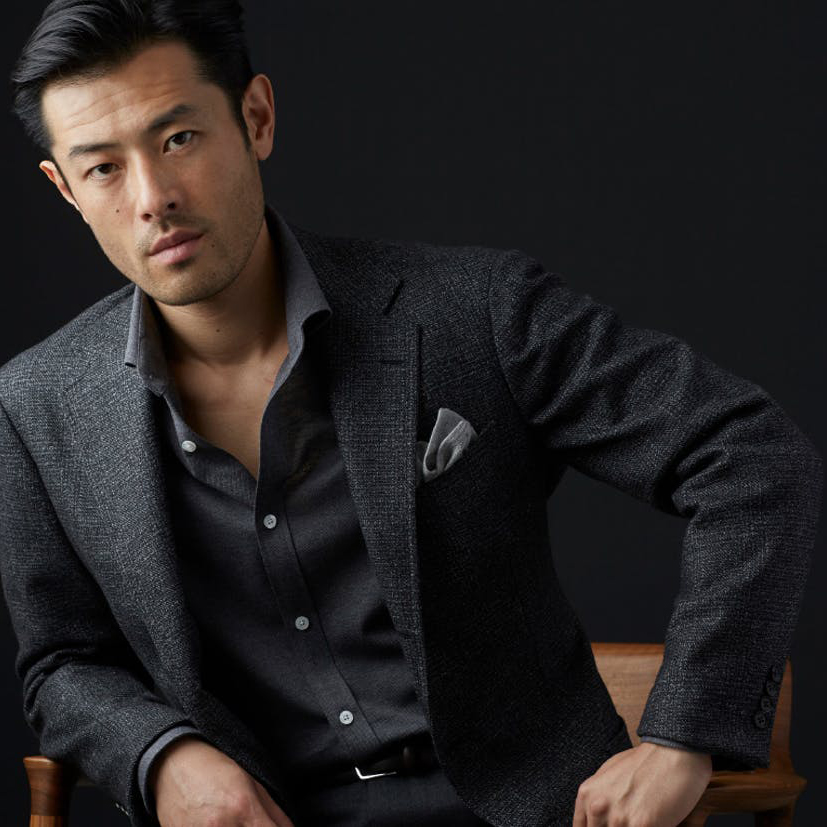 The Japanese are famous for their takes on American and Western European clothing, including vintage reproductions made to a fanatically high level of historical accuracy and modern, whimsical interpretations of the classics. Much of what gets exported, however, is casualwear. Today, you can find dozens of retailers for niche Japanese brands such as Visvim, and Kapital, but few stocking anything that approaches tailoring.

Ring Jacket is one of the few exceptions. As a brand, they’re relatively new, although they have deep roots. For most of the company’s 60+ year history, they’ve operated as a private-label manufacturer for top-end Japanese labels. As the story goes, in 1954, Jhoichi Fukushima decided to open a factory to produce the kind of soft-shouldered, Ivy Style suits worn by President Kennedy (and were popular in Japan at the time). In the 1980s, as Italian tailoring became more popular, they shifted to more Continental styles – still soft-shouldered, but with wider lapels and rounder silhouettes.

Today, under the leadership of Kunichi Fukushima (Jhoichi’s son), the company specializes in a sort of neo-classical, Southern Italian look. Their suits and sport coats have become immensely popular over the last decade, especially as The Armoury has helped introduce them to more people outside of Japan. And for the next couple of weeks, you can score one for a fraction of what they cost at retail. Our sponsor LuxeSwap recently received hundreds of new and unworn Ring Jacket suits and sport coats, which will be auctioned off on eBay at prices starting at $9.99. For a rundown of their models, checkout this guide. Also, be on the lookout for other Armoury-related products. The LuxeSwap has a ton of new Coherence outerwear, Ascot Chang shirts, Carmina shoes, and Armoury in-house products ready in their queue, ready to be auctioned.