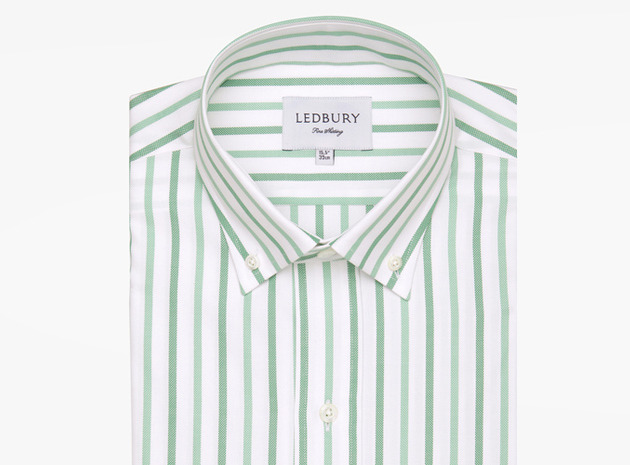 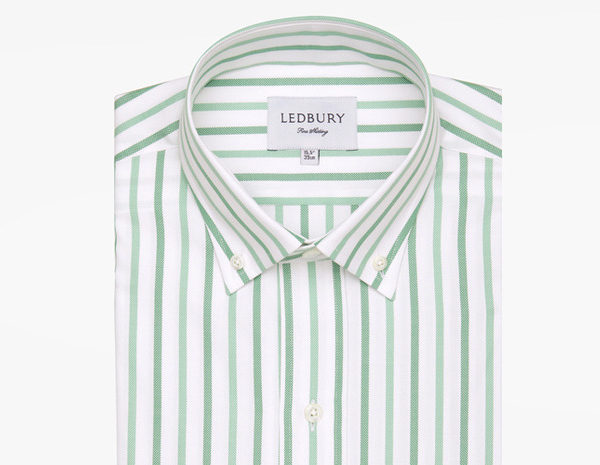 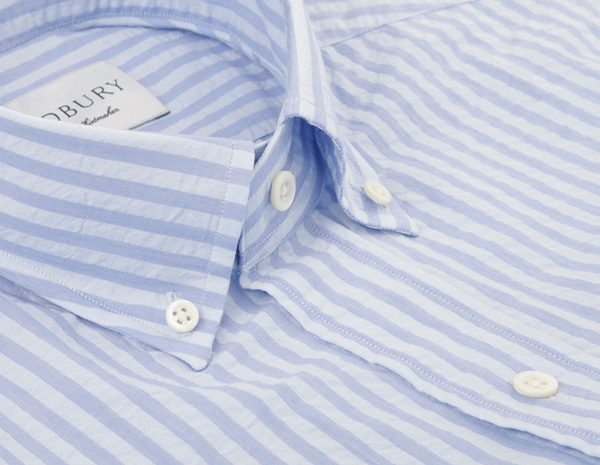 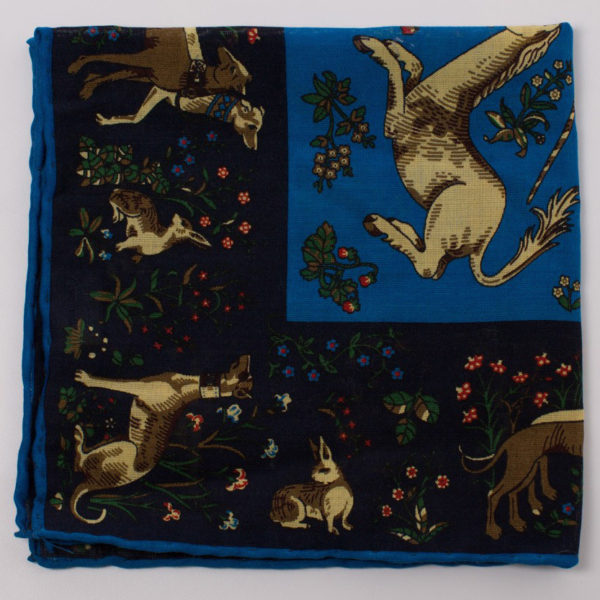 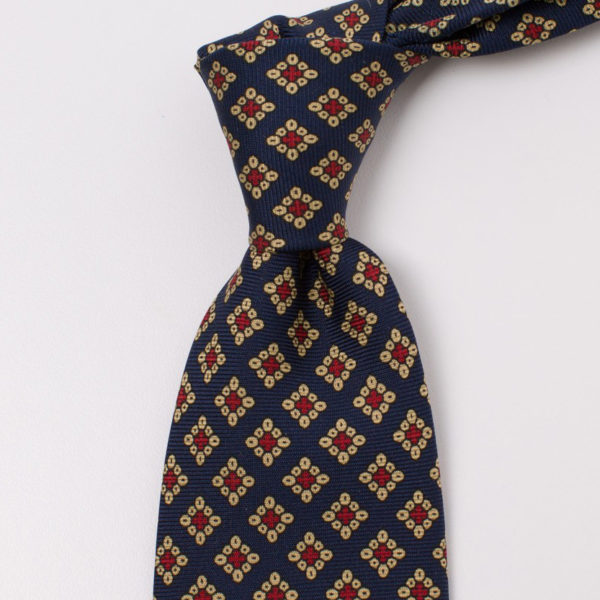 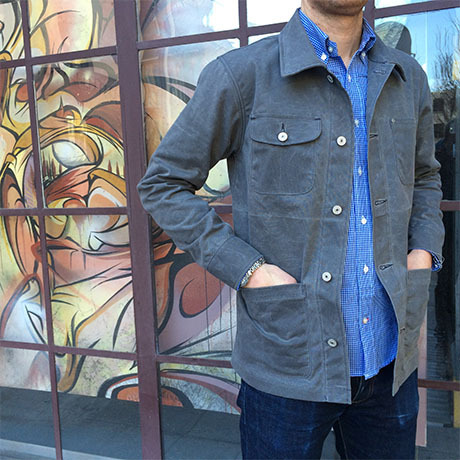 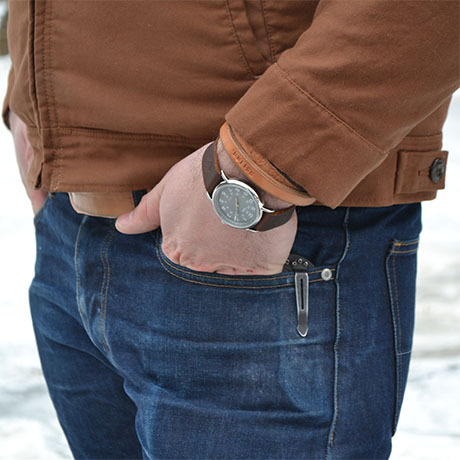 Many thanks to our four sponsors this month, each of which has some new things going on. Our first sponsor, Ledbury, recently revamped their “short run shirt” program, where they’re now releasing five new shirt designs every week. This allows them to play around a bit more with fabrics, but still sticking to their signature details: a collar that won’t collapse underneath a sport coat, and a slightly lowered second button at the front, so you can unbutton the collar without looking like a sleazy 1970s disco dancer. Among this week’s selection? A slightly alternating green stripe design woven into a royal oxford cloth (a slightly dressier version of regular oxford) and a unique button down seersucker (seersucker being a slightly textured material that’s known for wearing well in hot weather).

Our next sponsor, The Hanger Project, just received some new accessories from Talarico and Robert Keyte. Talarico is a small, small umbrella workshop in Naples, Italy, where just two men (an uncle and his nephew) make about four umbrellas a day. Most of these are single stick, meaning a single piece of wood is bent with steam and pressure so that it forms both the handle and the shaft. There are also pocket squares and neckties from Robert Keyte, one of the last English printers for real ancient madder (a unique chalky silk that pairs well with flannels and tweed). Included in the stock is even an old unicorn pattern that was once printed for Holland & Holland, a London-based gun-maker known for producing some of the best sporting rifles and shotguns in the world.

We also want to thank Gustin, an online company that organizes crowdsourcing campaigns to produce things for customers at a more affordable price. That’s achieved by eliminating overstock inventory or distribution mark ups. They’ve done this most famously with selvedge denim from Cone Mills (which they turn into raw jeans that are meant to be worn and faded uniquely by the wearer), but they actually produce a lot of other stuff. Right now, for example, they have waxed charcoal chore coat from a 13.5oz cotton duck canvas. Everything is also made in San Francisco, California. The only catch is that space is limited, so once slots fill up, everything goes to production, and the slots for that coat are pretty close to being filled. On the upside, you can keep up with their new products and campaigns on their website.

Finally, we want to thank Proper Cloth, an online company for custom made-to-measure shirts. They just released a new spring collection (complete with a lookbook) called “Chambers & Worth.”