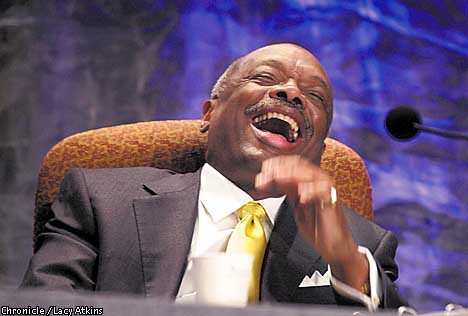 Chris from Phoenix writes: I have some philosophical questions for you.  The style you promote just happens to be something that is very much in fashion right now; ideas based on simplicity and classic American styles.  Did you have this approach 10-15 years ago?  Will this blog be gone in 10 years after fashion moves on?  I’ve often thought about this and was reminded of it again the other day while thumbing through an old GQ from 2003.  Many of the looks in the old GQ are the very ones argued against by the style experts in today’s GQ issues.  I know the Trad guys have their solution, but I feel some of those looks are a little too baggy and sloppy for my taste.

As much as we would like to pretend that men’s style is immune to the whims of fashion, that’s an absurd suggestion.  We are lucky, though, that for those of us with Y chromosomes, things are relatively stable.  It’s entirely possible for large swaths of our wardrobe to be appropriate ten or twenty years down the line, especially if we’re careful in what we buy.

Take a look at Willie Brown, the former mayor of San Francisco, above.  He’s dressed simply.  A suit that fits well (though he buys off the rack), a white shirt, a white square, a gold tie.  This picture happens to have been taken during his mayoralty, about ten years ago, but it could just as well be taken today.  If it were taken today, he wouldn’t likely be at the height of fashion, but he’d still look pretty great.

The realistic lifespan of a piece of tailored clothing is maybe ten years.  You can go from slightly ahead of the curve to slightly behind the curve, and if you play your cards right, you’ll get a ton of wear out of a piece.  If you’re extra-resourceful, you can pull it out of your closet again in a further five or ten years and catch the pendulum as it swings back.  Indeed, if you’re extra-conservative in your initial purchase, you can probably wear it continuously, if it’s being taken care of, and look just fine.

It’s true that we’re in a golden age of classicism in men’s dress.  Whether it’s the recession or just the fates, outfits that usually profess fashion are claiming “permanent style."  I think this is to be celebrated, frankly.  There’s no doubt that certain pieces, previously seen as classic, will become associated with this time.  Check out our Q&A about Doc Martens and grunge for an example.

I’ve written many times that dressing is a social, communicative act.  Part of any communication is understanding that the meaning received may be different than the meaning sent.  One filter is fashion.  You can, however, understand fashion and see how it will shape people’s perceptions of your dress without being a slave to it.  Indeed, you can dress to set yourself apart from fashion – you can dress elegantly.

In ten years, elements of what is in style today will not be in style.  Jackets will certainly be longer, for example.  Preppy clothes among the non-preppy set will subside, just as they did in the late 1980s.  Fewer people in cities will be seen in buffalo plaid, just as it was in the early 1990s. &etc.

The principles, though, will remain the same.  Fit will be first and foremost.  Men will still wear blue blazers and grey trousers and black cap-toe shoes.  Natural fibers will be preferred.  &etc.

If your goal in dressing is to be fashionable, then stick with GQ or equivalent.  Our goal is elegance.

Filed Under: Fashion, Q and Answer