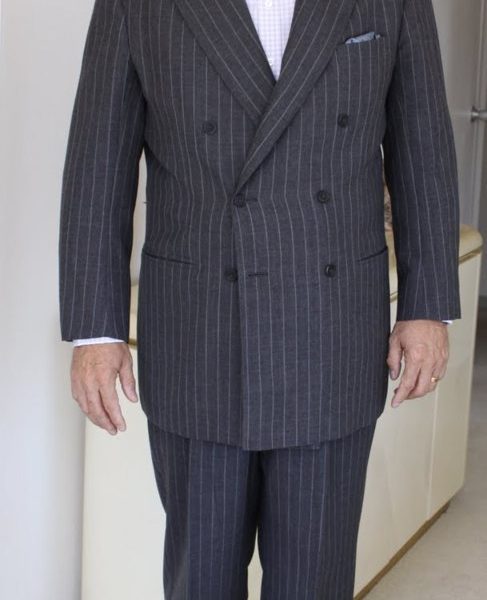 DT asks: Why do peak lapels sometimes have a hole stitched into both lapels? Why is this never (rarely?) seen with notch lapels? Is there a protocol for which hole to use for different occasions?

Double-breasted jackets often (but not always) have buttonholes in each lapel. This is really a matter of symmetry and aesthetics – some feel that because of the prominent lapels, a little balance is in order.

Generally speaking, if you’re wearing something in the lapel, you should put it on the left hand side, whether there’s one hole or two, as on our pal Will, above.