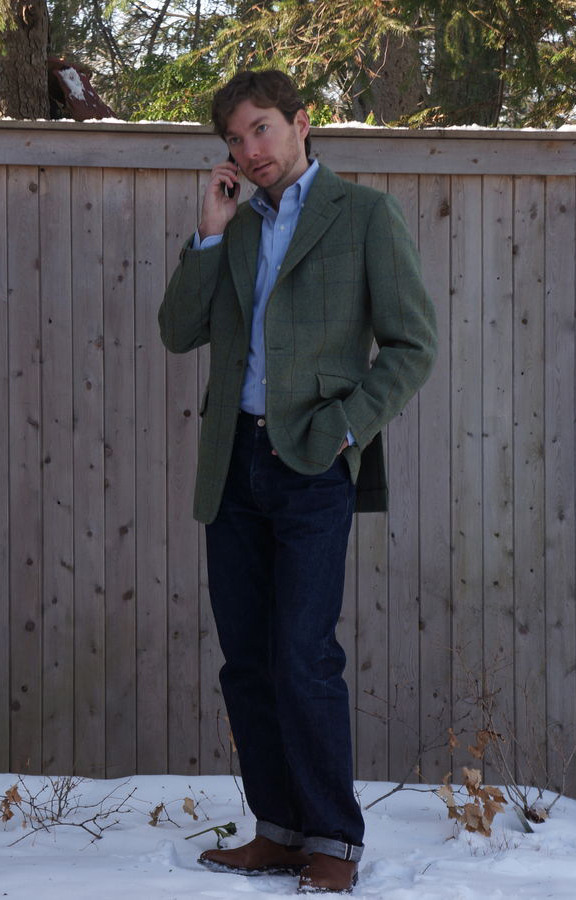 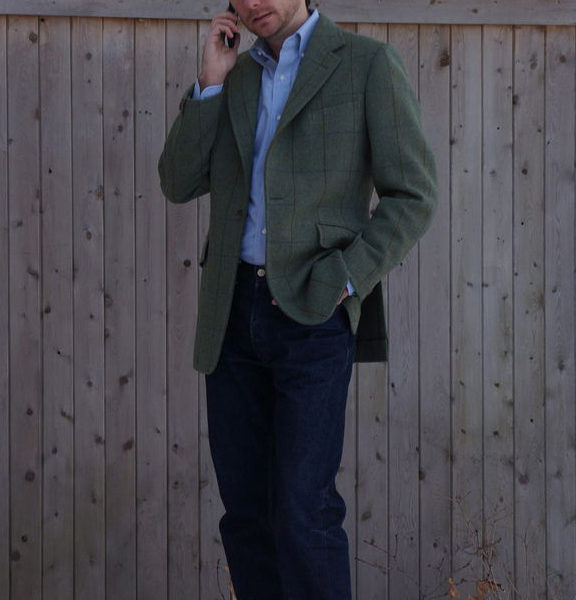 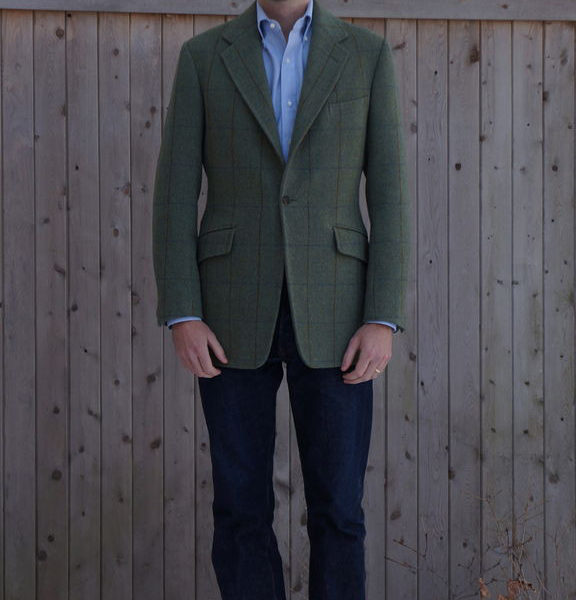 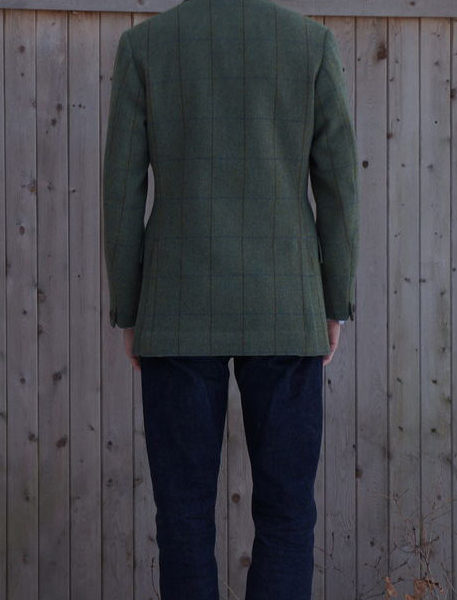 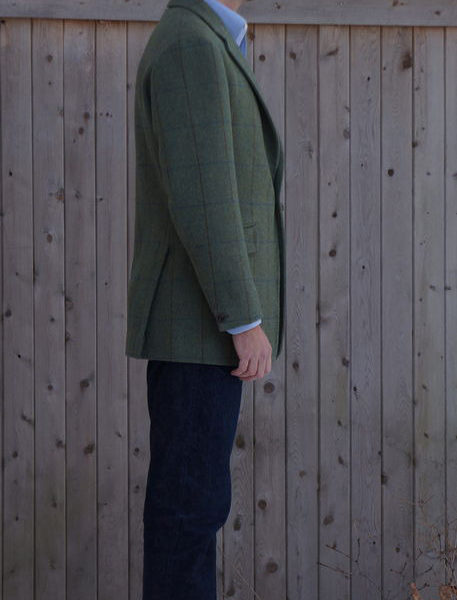 My friend David in New York City is one of the best dressed guys I know. He’s a fine and rare wine expert, running a company called Grand Cru Wine Consulting with his business partner Robert Bohr. They’re a concierge service of sorts – advising wine aficionados and buying bottles for them at wine auctions. The Wall Street Journal wrote about their company not too long ago, and David was photographed in a fantastic navy double breasted suit (which was made for him by our shared tailor, Steed).

Above, he’s seen wearing a green tweed he recently received from Steed. I’ve said on a number of occasions that I think sport coats with jeans are very hard to pull off. When it’s done well, it’s usually with tweeds.

It’s difficult to tell from the photo, but the cloth is woven with a unique combination of both herringbone and barleycorn patterns, giving it a very interesting and classic look. There’s also a blue and chestnut overcheck, which you can faintly make out in the photos. David chose some really tasteful and original details, such as the one button front and single button sleeves. Most sport coats have three or four buttons at the sleeves, while a single button is more of an old-school casual/ sporting detail, particularly found in Southern Italy. The soft shoulder construction and slightly full chest and upper back are signatures in a Steed jacket, and I think it fits David’s style excellently.

Tweeds and jeans go well together because of their equally casual nature and rustic background. With anything too smooth or slick – either in texture or sensibility – you run the risk of looking strangely dressy up top and too casual down bottom. The most obvious faux pas is to wear a suit jacket with jeans, but even as you go down the scale in formality, the combination can look very odd. A tweed sport coat with a pair of jeans, with an equally casual, blue button-down collar shirt (sans tie) and a pair of boots though? Excellent.

Incidentally, if anyone is interested in getting something from Steed, they’re touring the US in February and March. They do both bespoke and made-to-measure, and you can see their travel itinerary here.