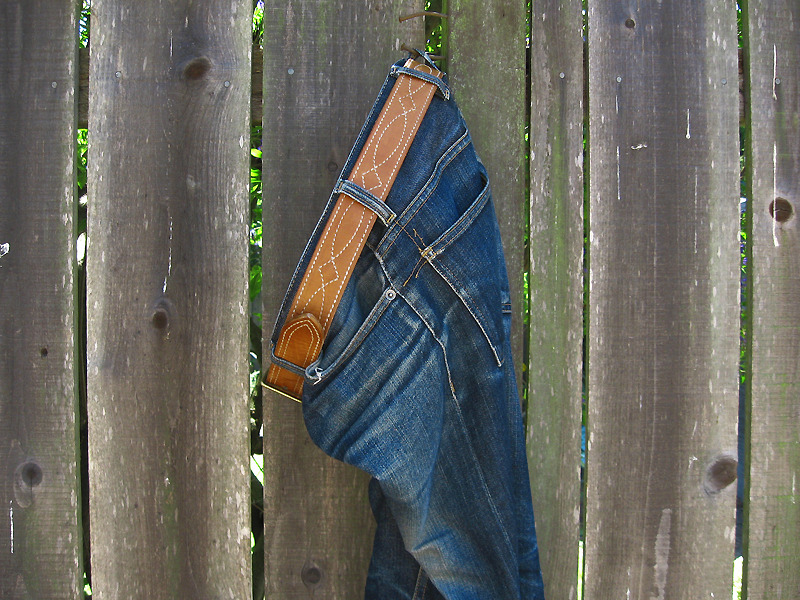 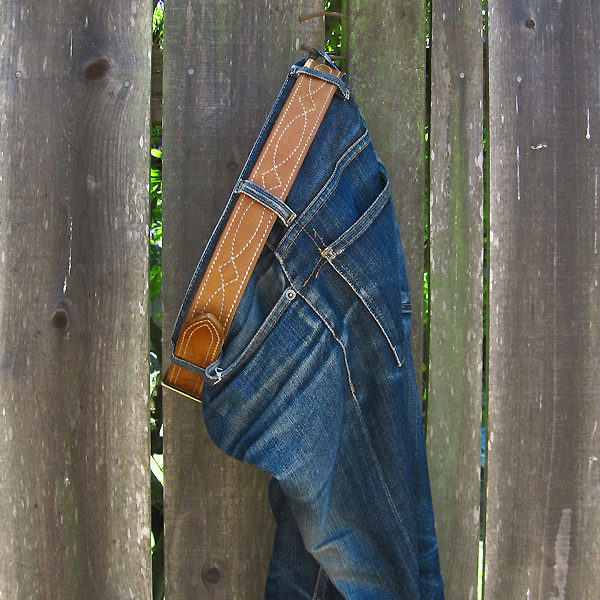 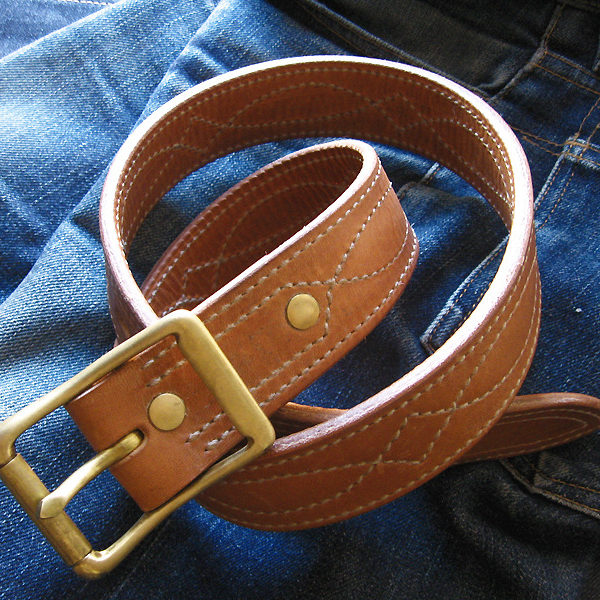 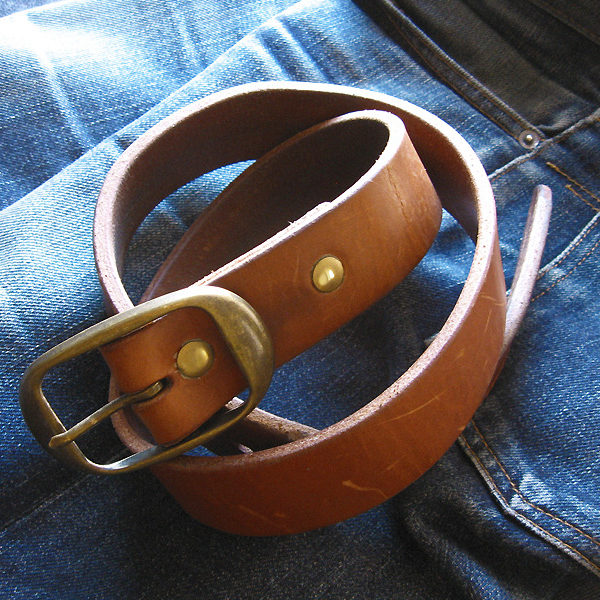 There’s probably a theory about why a guy my size would like such rugged belts (overcompensating for something, perhaps?), but regardless – lately I’ve come to really like Don’t Mourn Organize, a small, one-man operation based in Utah that makes custom leather goods. Eight months ago, I had Scott, the owner of the company, make me a harness leather belt cut to a 0.25” thickness. It’s thicker than your average belt, but not so thick that it’d be too tough to break in. The color of the leather was originally an unwearable pale beige, but quickly darkened to a light brown after I applied two or three coats of Obeanuf’s LP. It’s since darkened further, to a solid mid-shade of brown, after eights months of regular wear and use. You can see how it looks now in the photo above.

I’ve enjoyed the belt so much that I recently ordered another – this time a two-layer horsehide “Clint stitch” belt that’s so named because the stitching pattern is modeled after something Clint Eastwood wore in one of his movies. I find the Western style goes well with a canvas RRL jacket I own, while the plainer, harness leather belt looks better with heavy leather jackets.

Scott’s belts are beautifully rugged and uncommonly thick. These are not the type of belts you’d wear with dressy chinos or wool trousers. They’re what you wear with denim, fatigues, or heavy workwear pants. Being as thick as they are, there’s something satisfying about cinching up a belt that’s as rugged as your jeans or boots, and it’s great to see how the leather acquires a natural patina over time. You can order one of Scott’s belts in any color you wish, but for me, the joy is all in getting that natural colored leather that darkens with age. Much like how guys like the process of breaking in their raw denim and seeing how it fades, this is essentially the same thing, except that leather gets darker when you treat it to oil and conditioner, and as it gets exposed to sunlight.

Simple belts like the one I first bought cost $65. The Clint stitch belt ran me $75 (shipping included in both prices). Everything is custom made, so if you want some tweak in the design, Scott can usually accommodate.