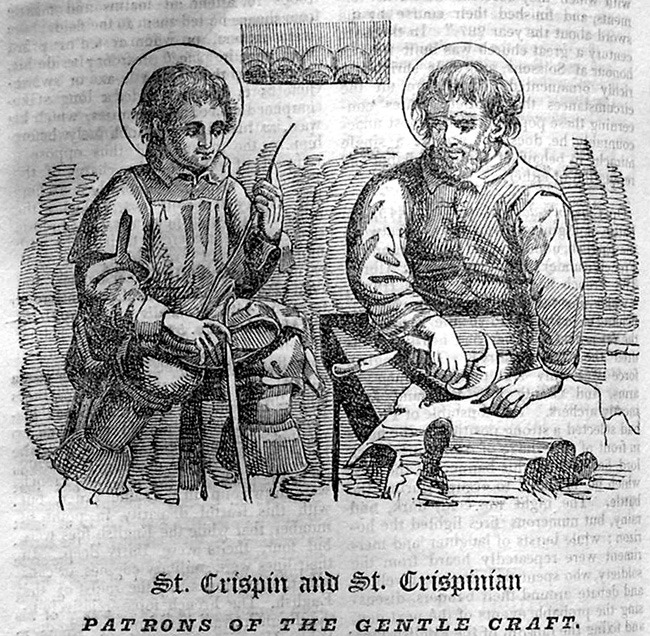 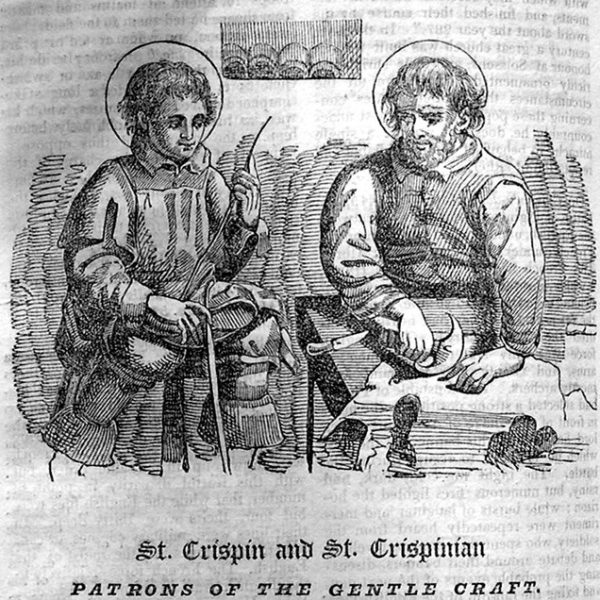 Tomorrow, October 25th, is Saint Crispin’s Day. Many people are familiar with the day from Shakespeare’s play, Henry V, where the King Henry V delivers a stirring speech before the Battle of Agincourt (“We few, we happy few, we band of brothers; For he today that sheds his blood with me; Shall be my brother; be he ne’er so vile”).

Few people, however, know that Saint Crispin and Crispinian, the two saints for which this day honors, are the patron saints of cobblers, cordwainers, tanners, and leather workers. The two were twin brothers, and born to a noble Roman family in the 3rd century. They fled persecution for their faith and ended up in Soissons, where they preached the gospel to the Gauls, made shoes by night, and helped the poor along the way. Unfortunately, their success angered the governor of Belgic Gaul, who had them tortured and thrown into the river with millstones round their necks. They miraculously survived, but were then ordered to be beheaded by the emperor on October 25th, 286. Saint Crispin’s Day thus honors their martyrdom.

According to ed et al, shoemakers around the world close up their workshops for this holiday, in honor of their patron saints.