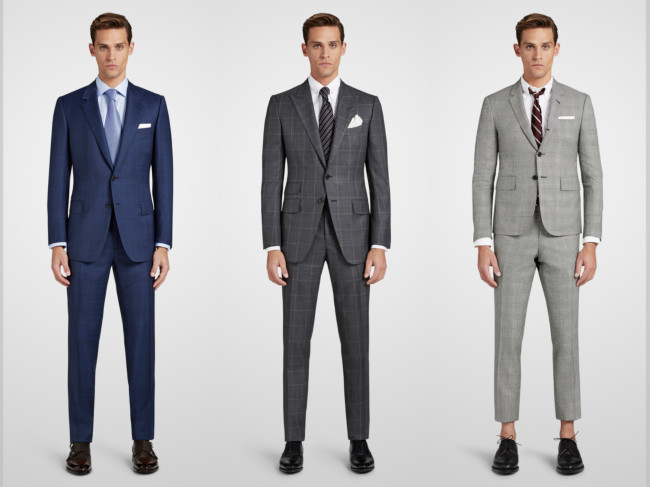 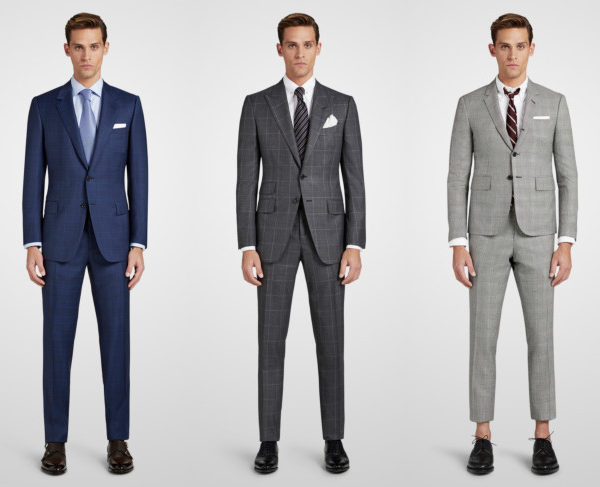 We mostly write about classic men’s style here at Put This On, but we’re not sticklers about it. Pete likes his Birkenstocks and offbeat Japanese brands. I’m almost always in this black Margiela leather jacket. And Jesse looks like a stylish 1950s trail guide these days (I really want that hat).

The one rule I’ll stand up for: suit jackets look better when they’re cut a little longer. Or at least in a more traditional length. Over the last fifteen years or so, hemlines have crept up higher and higher, largely due to the influence of Thom Browne. The photo above is about the best that sort of silhouette can look – and I don’t think it even looks that great. On guys who aren’t stick model thin, a shorter jacket can accentuate the gut, making you look heavier than you are.

There are two oft-bandied rules for where a suit jacket should traditionally end. One is that the jacket should always cover your bum; the other is that it should terminate around your thumb’s knuckle (the one closest to your thumbnail). I like a third rule better: the hem should roughly bisect you in half, from your jacket collar to the floor. That’ll give the best proportions between your torso and legs.

There’s a bit of wiggle room here. Some Neapolitan and Sicilian tailors think sport coats should be cut shorter than suit jackets in order to give them a sportier, more casual look. Italians also wear their tailored jackets a little shorter than the English in general (see Liverano & Liverano). None, however, will cut you a jacket as short as the last one above (the first two are about as short as I think most men should go).

That’s not to say that you should avoid all short “tailored-style” jackets. In the right material and with the right details, they can be great as casual pieces of outerwear. Something to pair with jeans, chinos, or casual wool trousers. See Pete, for example, wearing something from Engineered Garments here. Brands such as Barena, ts(s), and Boglioli are also good for this sort of thing.

As a suit, however, they look terrible.