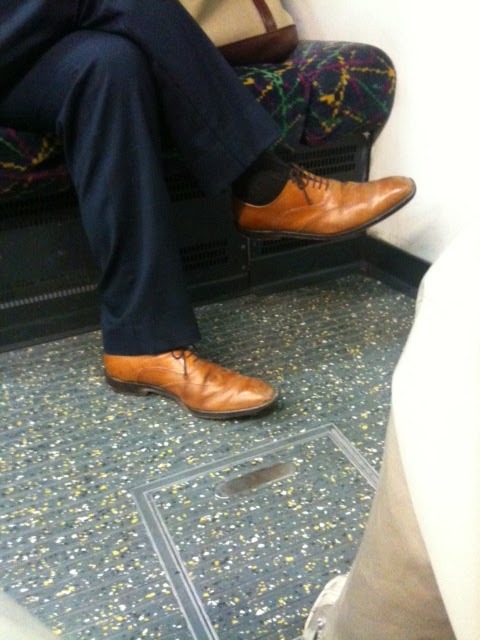 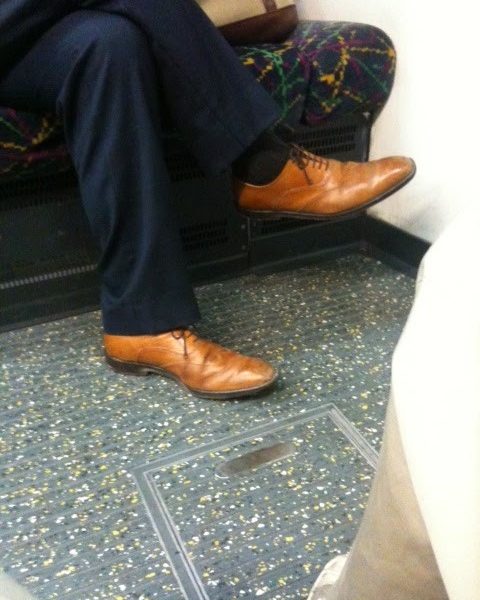 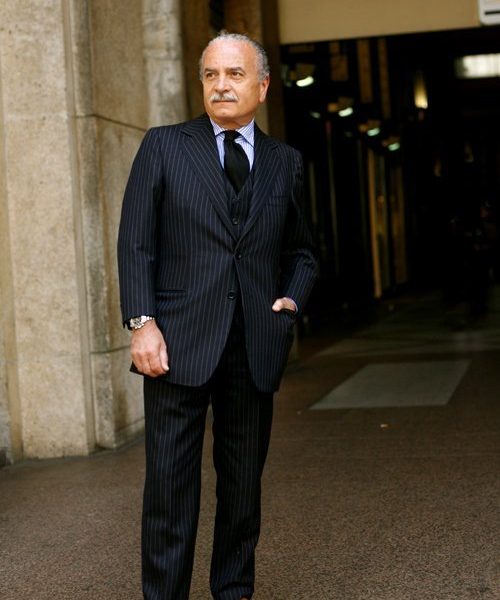 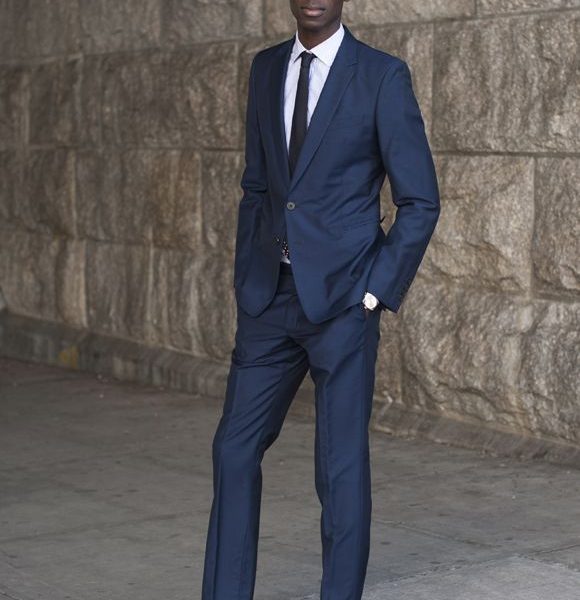 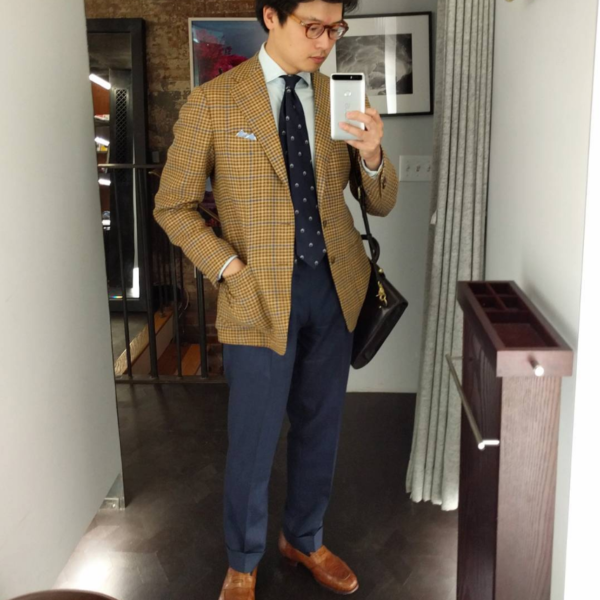 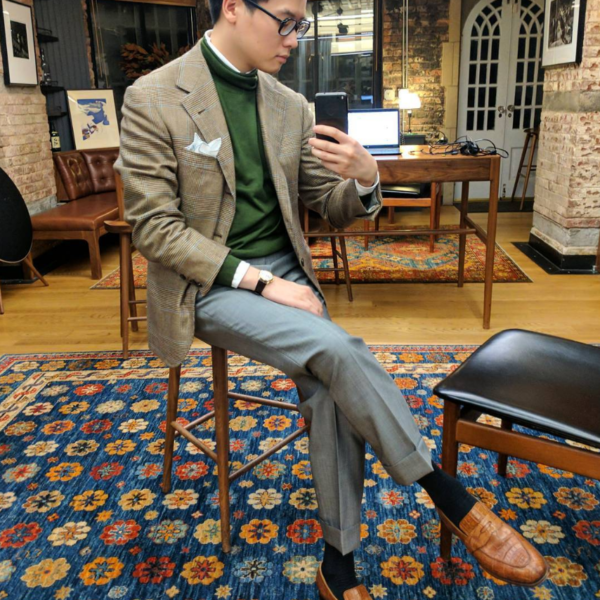 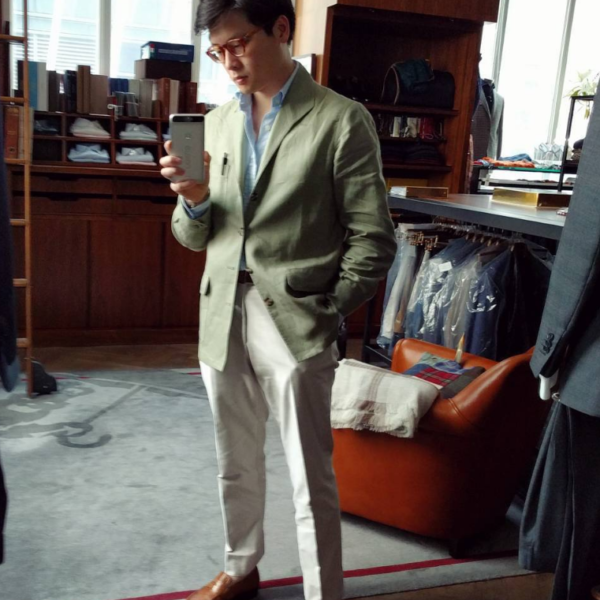 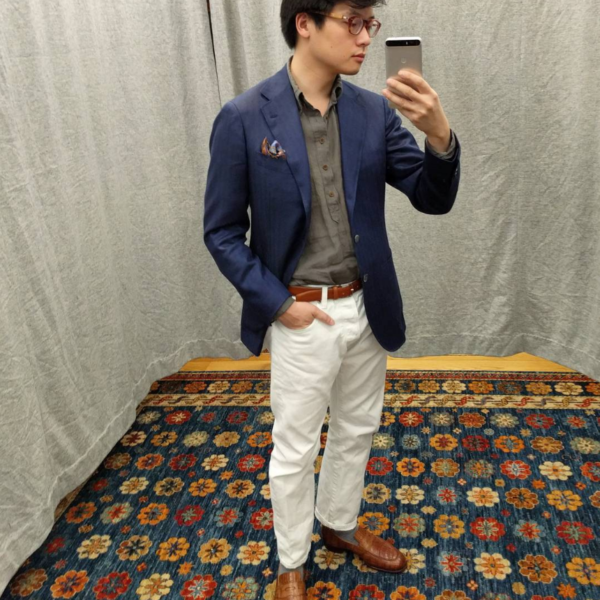 Plenty of style sites these days recommend tan footwear as your third or fourth footwear purchase. They’re cheery, bright, and deceptively seem like a good way to diversify a shoe wardrobe that’s already heavy in black and dark brown. Plus, tan is the natural color of spring and summer – and it’s good to have seasonal items in the closet.

The problem with tan shoes is that most guys don’t have the necessary wardrobe to support them. The only time I really see them is when I’m downtown, near the financial district, where they’re usually paired with navy suits (or, worse, charcoal). Which makes sense, really – where else would you wear them? Tailored clothes nowadays is mostly about suits, and suits are typically worn to conservative offices.

If you’re wearing a dark, conservative suit, tan shoes stick out too much in terms of color and formality. They shout and scream from under your trousers; they ruin the suit’s harmony; they drag the eye downward. Which is the opposite of where you want the focus on a traditional, tailored outfit: on your shirt, jacket, and tie combination.

There are some who’ll say that tan shoes help make suits feel more casual and carefree. Supposedly pairing them with navy is a very Southern Italian thing – an old trick Italian men use to liven up their business uniform. My very tempered, well reasoned, and lengthy counterargument to this: they’re wrong. It looks terrible. And if it matters at all, I’ve never seen anyone in Southern Italy wear this (the few times I’ve been). Only Americans who fancy themselves to be Italian.

We’ve written some posts in the past on how you can wear tan shoes successfully. They go with lighter colored suits, such as a light gray worsted, sandy wool gabardine, or an olive cotton. They’re also easier to wear when the color leans towards cooler, rather than warmer, shades of tan (so, for example, an earthy golden yellow, rather than a ruddy chestnut). That’s because most men’s wardrobes rely on cooler colors anyway, so if you’re going to pick up a pair, you may as well get something that’s less likely to clash.

Far and away, however, the easiest strategy is to just pair them with lighter colored sport coats (see Armoury co-founder Mark Cho above). Sometimes tan works with outfits that look decidedly summery – such as Mark’s mid-blue jacket with a gray, linen popover shirt and some white jeans. For a near failsafe combination, however, you can use a lighter colored sport coat to balance out a brighter pair of shoes, which helps prevent the eye from being drawn down (or, by the same token, the shoes from visually popping out). This works whether the pants are in a light tan, mid-gray, or dark blue (again, see Mark above).

Guys who buy tan shoes typically do it because they want to diversify their wardrobe, but the style really only works for wardrobes that are already diversified. Before you buy a pair, ask yourself if you already have a few lighter colored sport coats in the closet (or light colored suits). If not, stick to mid- and dark-browns – they go with everything.