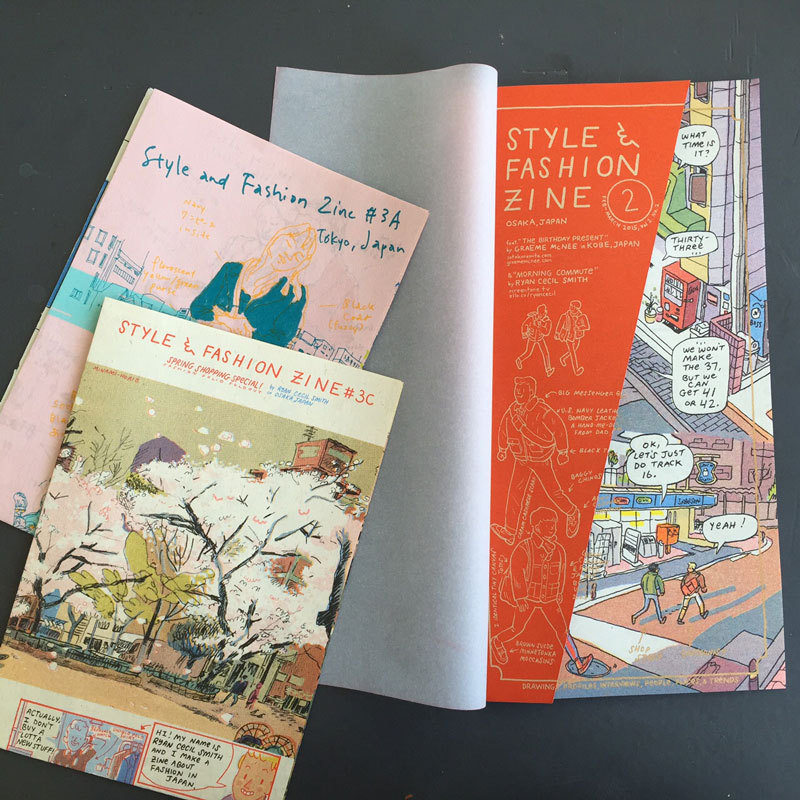 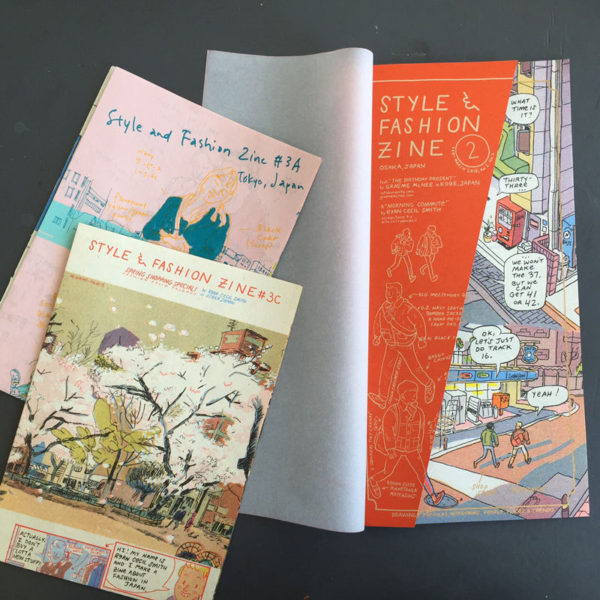 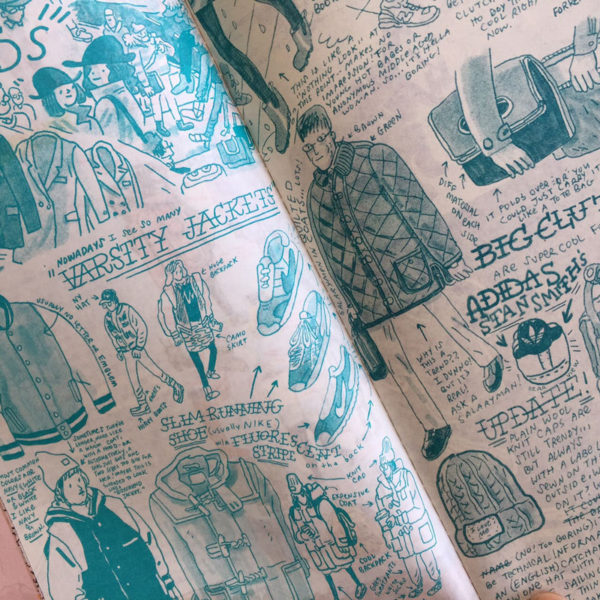 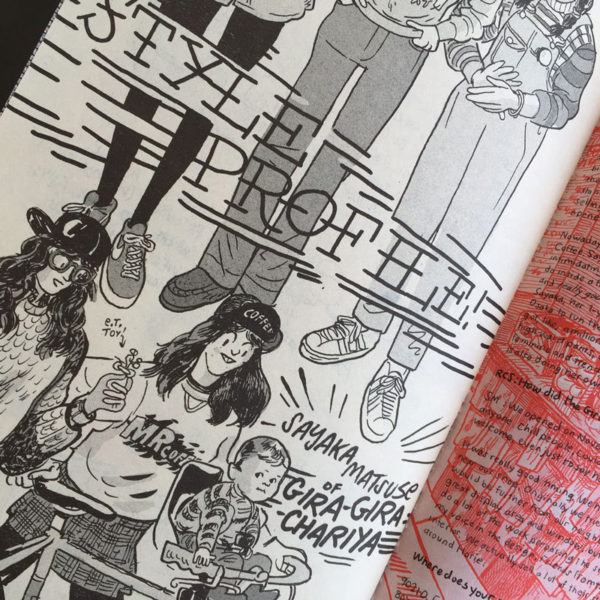 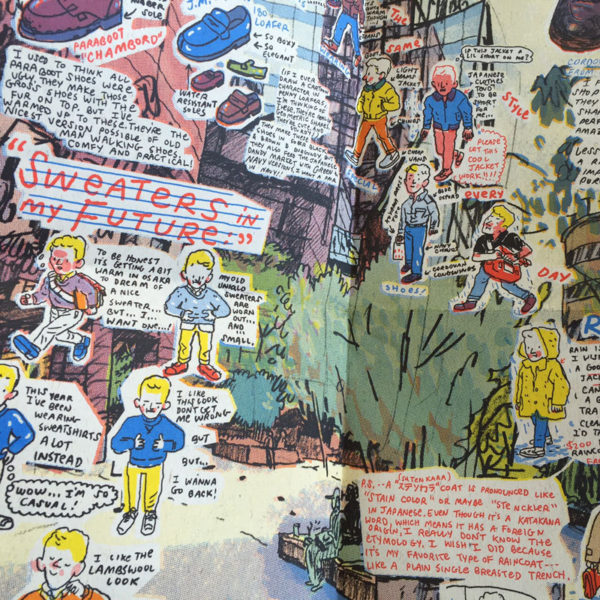 If you want to get miscellaneous printed matter in the mail, become a public radio host. Every day, my mailbox fills with books, sent from publishers (and self-publishers) hoping for a little press. Since I’m the “hip” public radio guy, comics and graphic novels come in, too, often courtesy of their authors. It’s a nice thought, but it gets a little overwhelming, and very rarely is something actually of use (or interest) to me.

Today, there was an exception. I got a sweet small packet in the mail covered in Japanese stamps Inside was the very plainly named “Style & Fashion Zine.” It’s a beautifully-produced indie comic about style in Japan (and in one issue, Korea), produced by some (I’m presuming non-Japanese) cartoonists named Graeme McNee and Ryan Cecil Smith.

It’s full of beautiful street sketches, little stories and perfectly rendered details. Like a cross between Dan Clowes, a fashion student’s moleskin, and one of those product-dense Japanese fashion magazines – Popeye or Free & Easy.

There was no note inside the package, but some creative googling located an online outlet for the publication – you can order them for $9-15 an issue here.