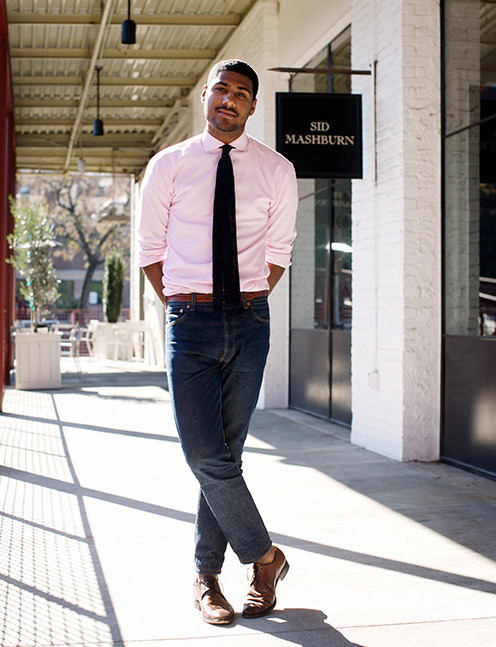 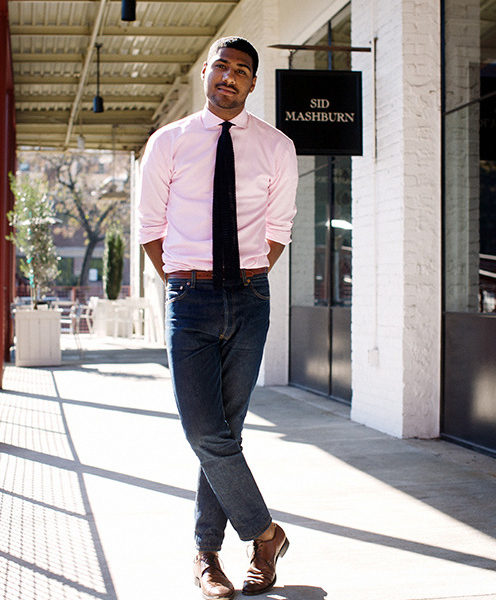 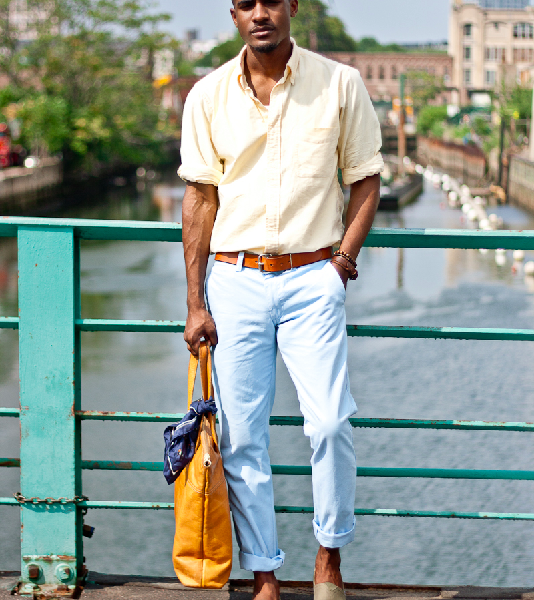 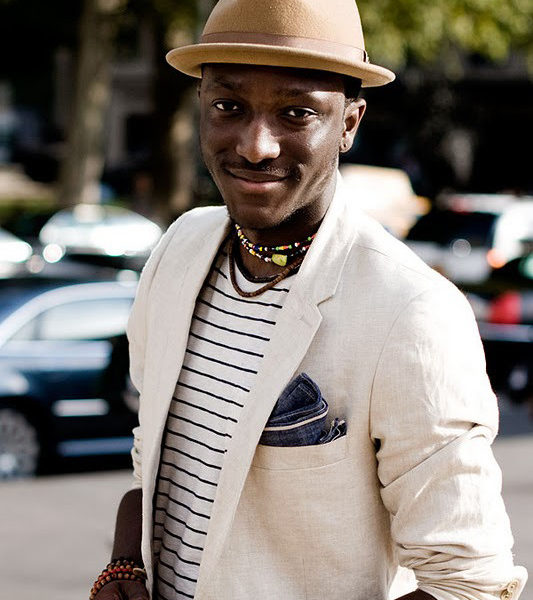 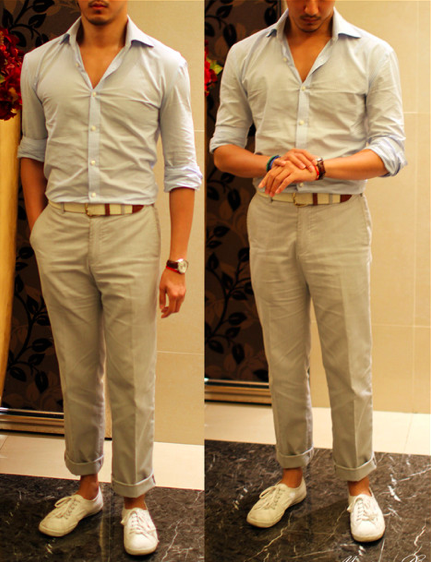 Before Jesse let me start writing here, I was a dedicated PTO reader for more than a year. One of the things I’ve always appreciated about Jesse’s posts was how grounded they were. While other blogs were off writing about $500 shoes and $2,000 suits, Jesse was recommending things that were actually affordable for most people.

Since I’ve begun blogging, I’ve found myself slipping into the same trap – mostly writing about really expensive things. Now, I strongly believe the philosophy that you should buy less, buy better. I get much more out of my really expensive purchases than my discount ones. However, it’s not like menswear is just a choice between Target and Cucinelli; there’s a lot of stuff in between. So for the final installment to this series, I wanted to cover some options for those who might be really strapped for cash.

Pants: Uniqlo’s vintage fit chinos fit pretty slim around the seat and thighs, but they’re a bit more straight legged from the knee down. If you’re OK with that, call up Uniqlo’s New York store and you can order a pair for around $30.

Shirts: Lands End Canvas has a line of decent shirts marketed under their “Heritage Collection.” You can get some for as low as $13. If you buy over $50 worth of items, they’ll knock off $10 and give you free shipping once you punch in the coupon code PARENTS (pin: 3135). That makes each shirt about $10.

There are also the telnyashka shirts I wrote about earlier this week. I really like the carded cotton on St. James, but if you’re strapped for cash, a reasonable verisimilitude can be had for under $20.

Shoes: I think most of the plimsolls I wrote about this week are affordable. For example, if you Google around you’ll find Supergas for around $45. You can also find Converse All Star Cups for pretty cheap here and here. Lastly, RopeySoles has some nice handmade espadrilles for $30. I especially like the denim and linen ones.

Watch: Timex Easy Reader is an obvious choice, but you might also want to consider Maiden Noir’s. Throw a Nato strap on either of these and you’re good to go. You can get straps either through Central Watch or eBay. Once all is said and done, you’ll have a great looking watch this summer for less than $70.

Belt: Beltoutlet.com has woven belts for $13 for and web belts for $8. You can also get elastic surcingles from Wood’s of Shropshire for $11. My favorites are the wovens, but any of these can be paired well with some cotton chinos.

Pocket squares: One of my first editorial posts ever was about custom pocket squares. Go find some fabric you like and send it to Son so he can sew some handrolled edges on it. The whole thing should cost you around $25.

That concludes the Five Days of Summer. If you want to review the past installments, just click here for the full series. Now you don’t have an excuse to look bad this summer.