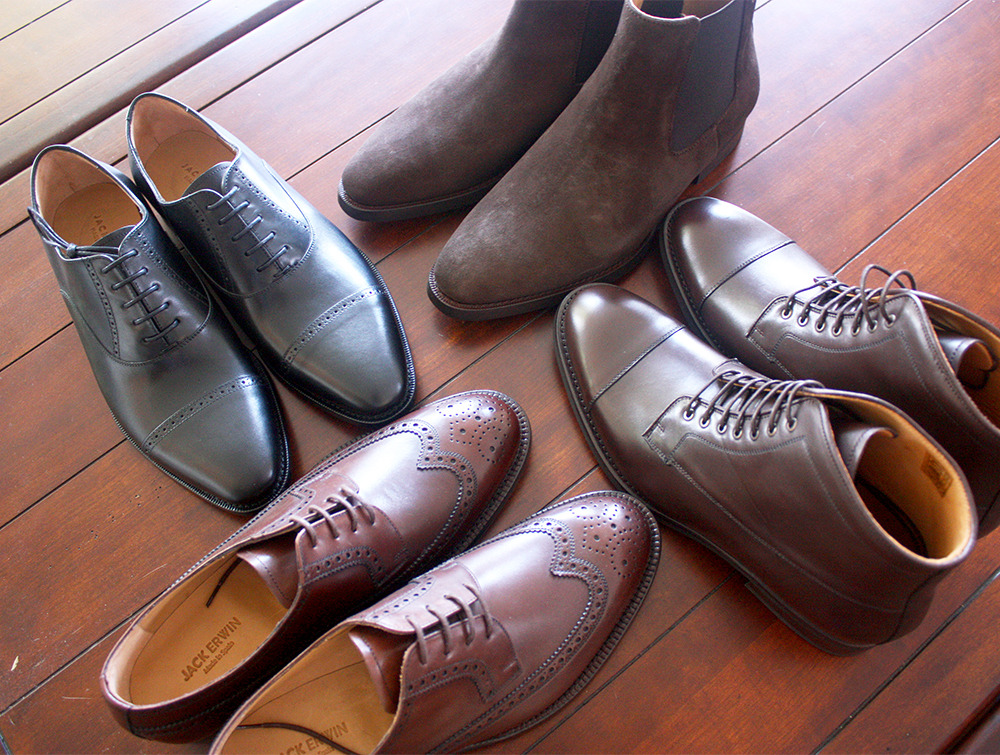 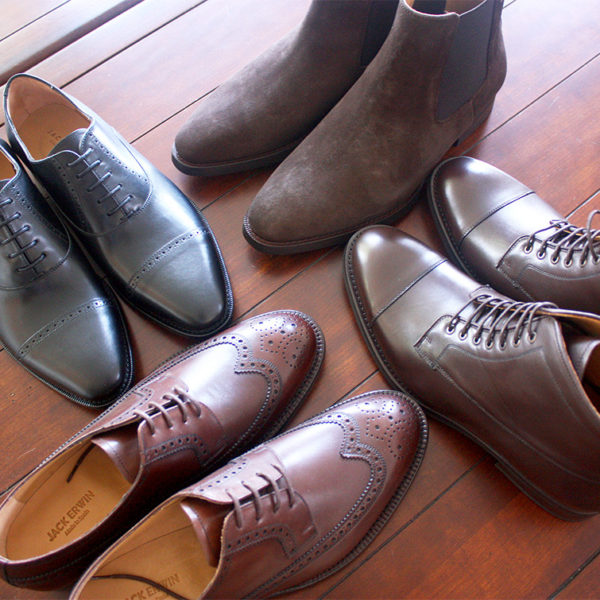 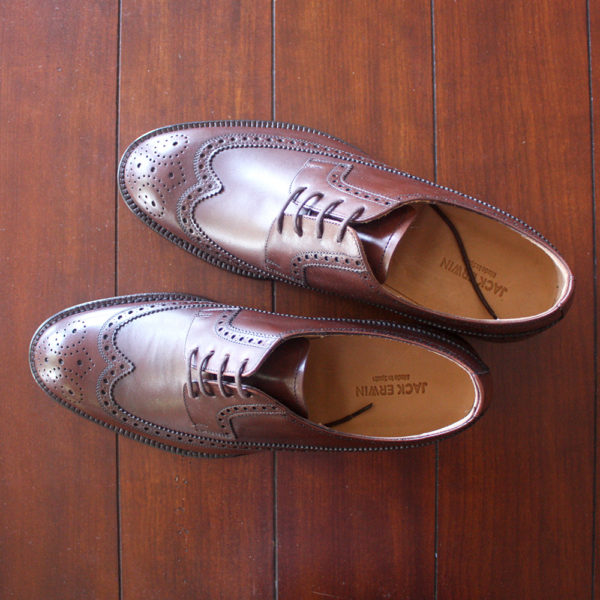 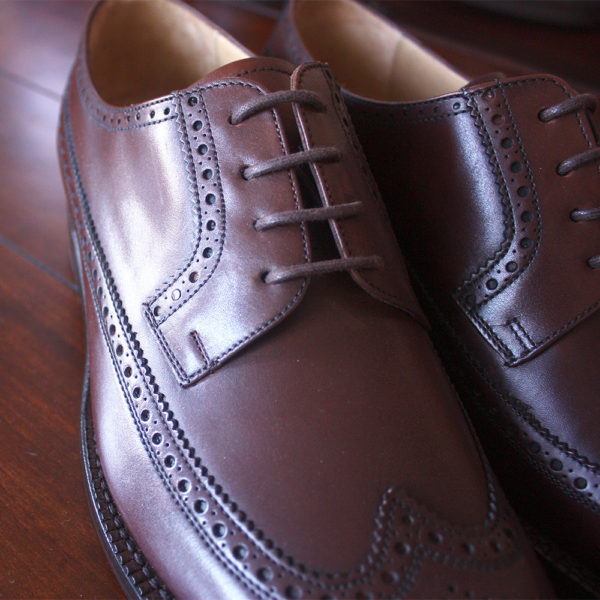 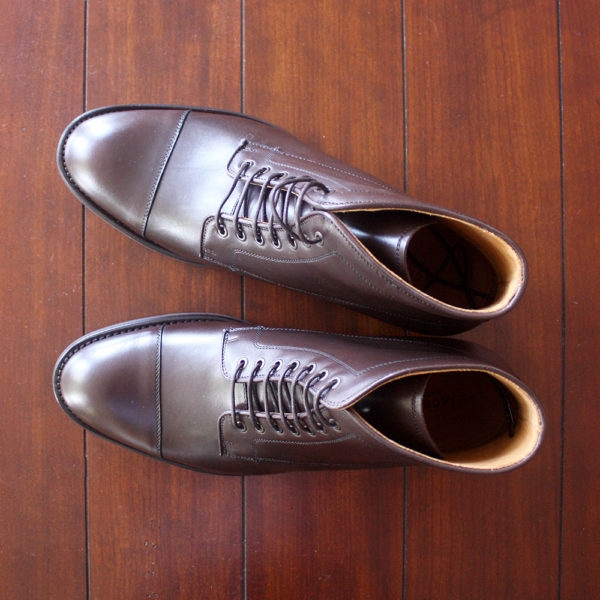 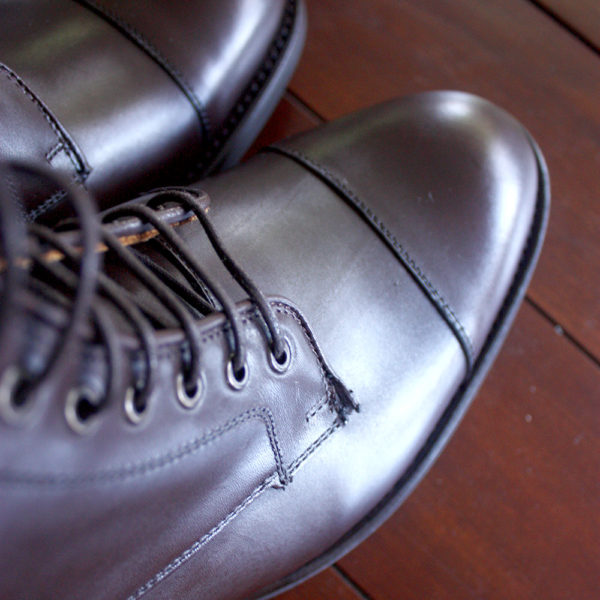 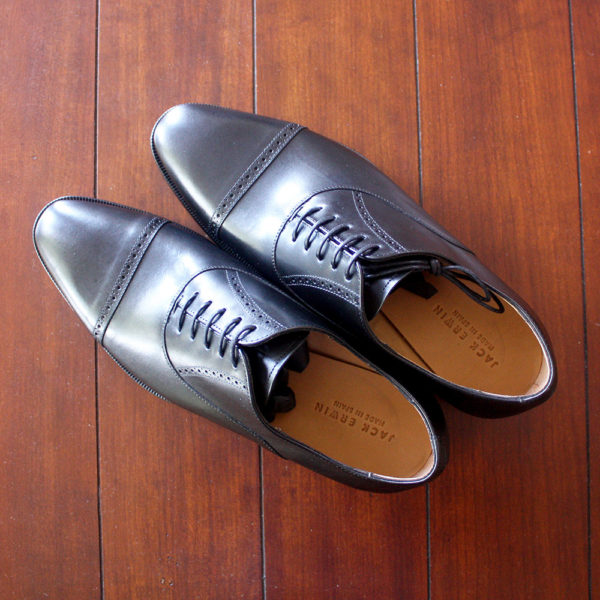 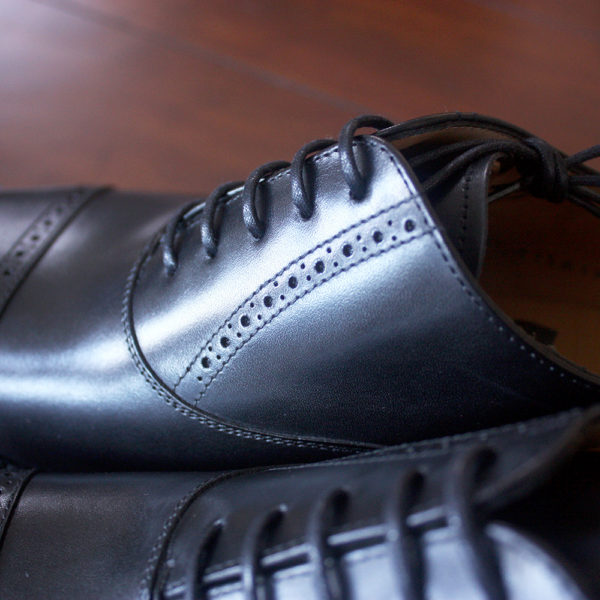 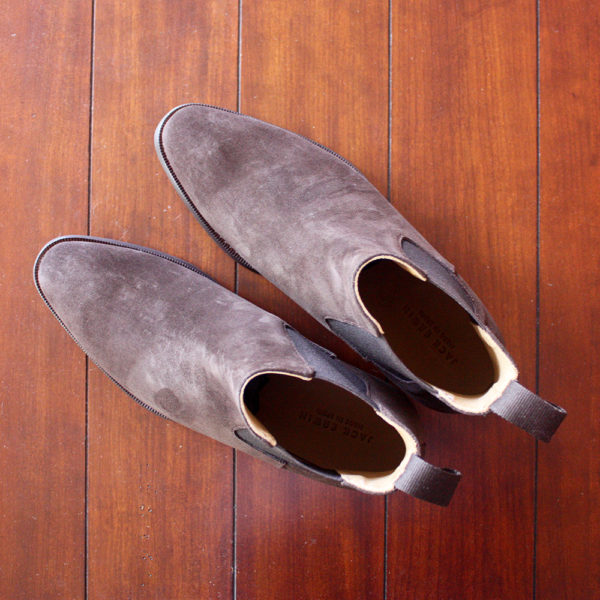 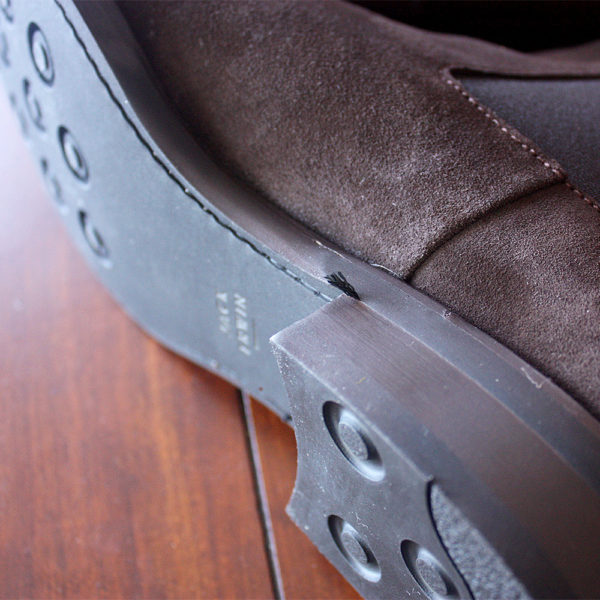 It’s been a few years since we wrote about Jack Erwin – an American company making high-value shoes for budget-minded consumers. Since then, they’ve moved their production from Portugal to Spain, and introduced a new line of Goodyear welted shoes (which they call their Sullivan line).

The company recently loaned us a few pairs to check out. The good news is that these are indeed as advertised: full grain leather uppers, classic styles, and Goodyear welted constructions, all for a very impressive price of $195. I like these new Goodyear welted models better than their old Blake stitched designs. Without that stitching going straight from the outsole to the insole, the shoes are not only more water resistant, but arguably more durable.

The Downsides: Materials and Quality Control

Obviously, some compromises have to be made at this price point. $195 shoes aren’t going to measure up to those retailing for $350 or more. What are some of those differences?

There’s also the low level of quality control. The punching on the brogues sometimes didn’t perforated all the way through, or the perforations didn’t align with the stitching. The suede Chelseas also had a bit of stitching trapped at the heel, while cap toe boots had a piece of leather that was straight breaking off from the facings. Yikes.

Jack Erwin doesn’t compare well to brands such as Meermin, but what they lack in quality, they make up for in service. Meermin ships from overseas, which means their shoes are harder to return if they don’t work out. Jack Erwin, on the other hand, operates from within the US and offers free shipping and returns. That’s very, very useful if you’re new to the world of leather shoes.

On Balance? Good for a Certain Kind of Customer

For the budget-minded guy, Jack Erwin is the most straightforward purchase. Your other options include shopping on eBay or at thrift stores for higher-end brands (Ralph Lauren can be particularly good if you know what to look for). There are also a few high-value overseas labels (e.g. Meermin, Charles Tyrwhitt, and Carlos Santos); Allen Edmonds’ factory seconds; and Gentlemen’s Footwear in San Diego (who carries a nice line of shoes from Bow Tie and Herring).

All of those are better than Jack Erwin, but they’ll be slightly more expensive, take a bit more time to track down, or require you to take some risk (perhaps a bigger cost for returns, risk of import taxes, etc).

Deciding between those options depends on what you value. As Jesse wrote five years ago, the old saying “fast, good, or cheap: pick two” also applies to menswear. Jack Erwin is for the guy who wants something decently built, but for as little cost and hassle as possible. That’s a worthwhile niche to fill, even if there are better options out there.