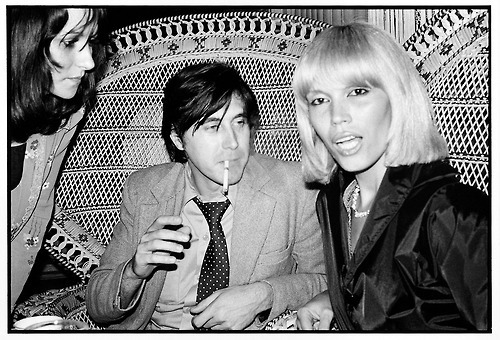 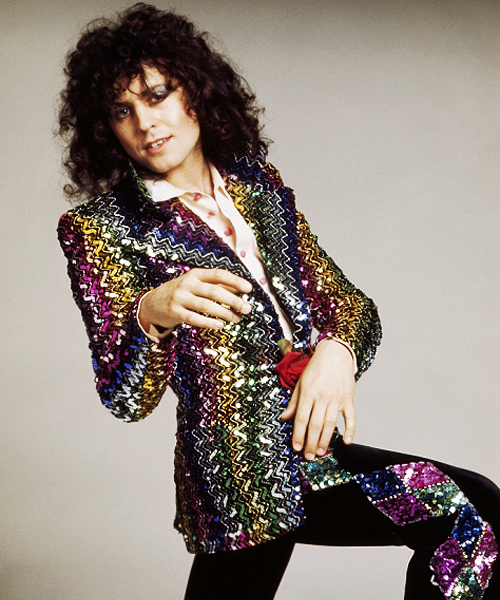 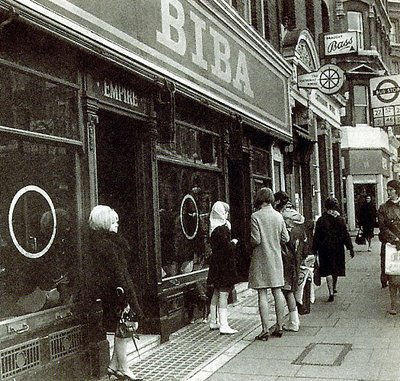 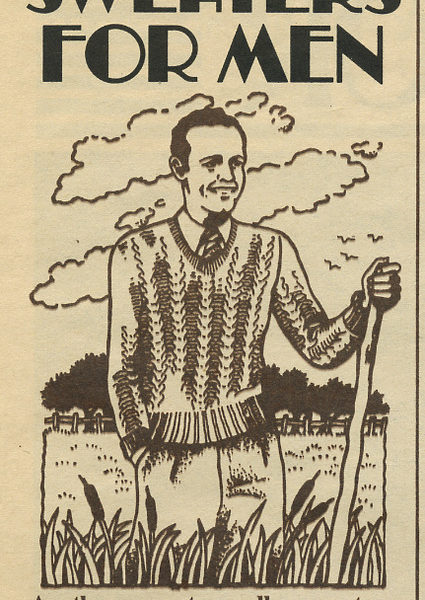 Nearly all cultural output today is at least a little retro. Pop music rides waves of revivals, reboots and remakes dominate the box office, and nearly all of our emulate-able, timeless style icons did their best timeless style-icon-ing in previous decades.

In design, at least, the impulse to find the next big thing in our parents’ and grandparents’ closets seems to have taken hold in the 1960s, specifically in London. Shops like I Was Lord Kitchener’s Valet sold used military regalia to clients like Jimi Hendrix and Eric Clapton, and Biba sold new designs but broke with modern, space-age 60s concepts in favor of art deco and romantic styles. Biba founder Barbara Hulanicki said in 1966, “I love old things. Modern things are so cold. I need things that have lived.” That sentiment is broadly echoed in Brooklyn and LA flea markets today but was unusual at the time, when the middle class strove to buy and wear what was shiny and new, and used clothing had yet to be branded vintage. Rather than the bright textiles made possible by modern technology, Biba favored “dull, sad, Auntie colours,” and Hulanicki revolted against prevailing 1960s shop design, painting her store’s windows black to block out sunlight and keep the vibe “funereal.” The furniture was also drably upholstered and deliberately old looking.

Biba made its name initially selling dresses via mail order, but by the 1970s outgrew its boutique space and took over a seven-story department store in Kensington High Street, filling it with men’s, women’s, and children’s clothing and even food; an early example of lifestyle marketing. The taste cultivated by Hulanicki and the Biba crew was focused but eclectic—signage was carefully designed and hand-painted to echo the architectural details in the building, built in 1932. The wares verged on fast fashion, with Biba churning out Victorian dresses, big-collared men’s shirts, and miniskirts, all at accessible prices. It catered to the growing glam rock scene, with louche stars like Bryan Ferry of Roxy Music (shown elegantly zonked at Biba in this photo from 1973) and Marc Bolan (T Rex, photographed in a sequined Biba jacket) shopping and hanging at Biba; the New York Dolls played there.

Biba flared out in the 1970s and the name has gone through several diluted revivals not endorsed by its founders. The original label’s menswear occasionally shows up in vintage condition on ebay, and although I generally think people underestimate their ability to “pull things off,” Biba’s stuff is admittedly not wearable for most men in 2013. Stores like Biba, though, whetted the public’s appetite for styles from the past re-interpreted for today, a category that captures most of men’s clothing over the past decade.

For more information on Biba, check out Kasia Charko’s blog about her time as an illustrator at Biba, and recent books on Biba. I first read about it in Simon Reynolds fascinating study of pop-cultural nostalgia Retromania.

Images from Kasia Charko’s blog, Purple Magazine, and the Victoria and Albert Museum.