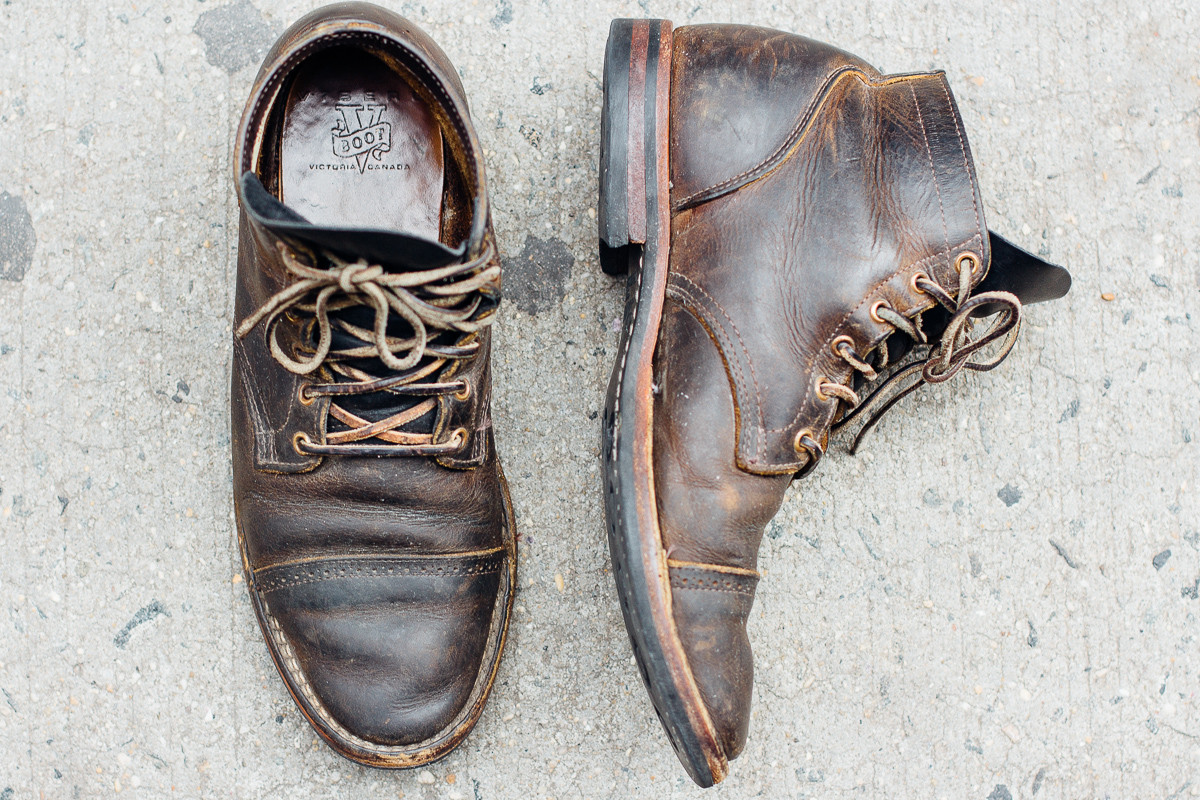 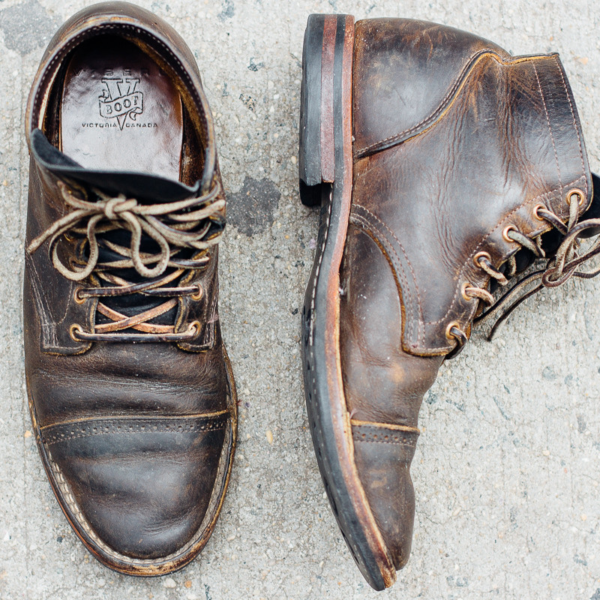 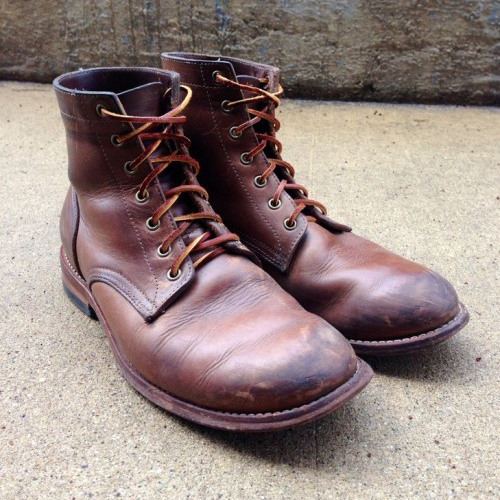 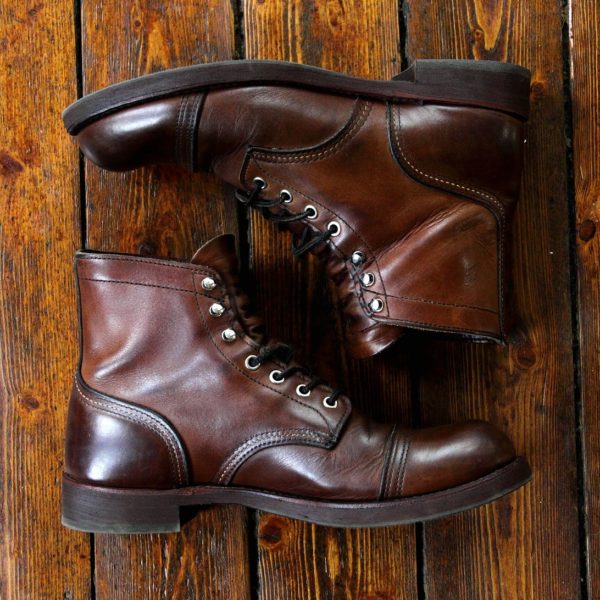 The craze for Americana/ workwear clothing seems to have died down, but the trend did leave us with some very useful things. Raw denim jeans are still great, and light blue chambray shirts are still handy. I also find that work boots remain versatile, even if you don’t care to dress like an mid-century lumberjack. I wear a pair of Oak Street Bootmakers Trench boots, for example, with leather motorcycle jackets, navy wool peacoats, and olive green field coats. Paired with jeans, these are the kind of clothes that will look great with wear, even if you don’t invest in a lot of upkeep. Just check out how those work boots pictured above look with all their scuffs, stains, and heavy wrinkles.

There are a bunch of places to get work boots – either those actually designed for heavy labor, or those that will only do the work of making you look good. From the affordable to most expensive, here are some to consider: