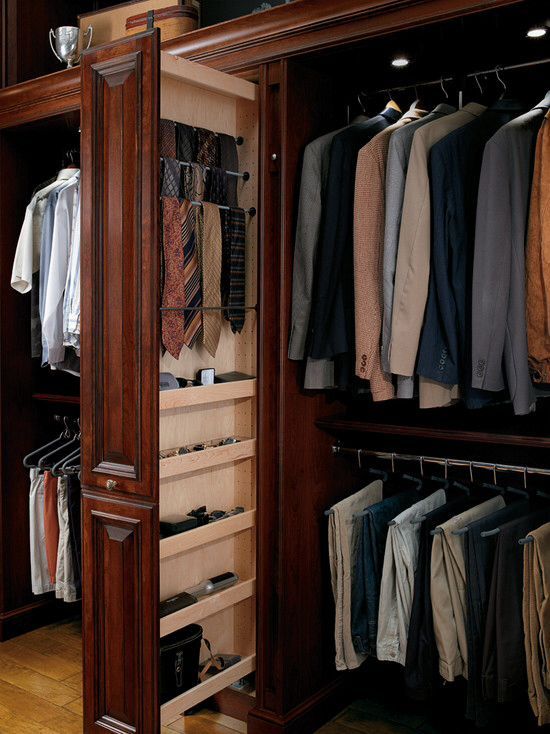 For people obsessive about style, 2010 is remembered as the height of “#menswear,” a nickname – sometimes pejorative – derived from when Tumblr editors could tag photos with the menswear hashtag for higher visibility. It was a time when tailored clothing, workwear, and other heritage styles dominated online conversations about men’s style. Magazine editorials and short blog entries breathlessly repeated the same phrases, such as “buy less, buy better,” encouraging men to be more thoughtful about their wardrobe purchases. As men flocked to stores to buy Goodyear welted shoes and fully canvassed suits, many felt they were investing in a wardrobe they could wear for a lifetime.

As time marched on, things changed. Some found their tastes developing in unexpected ways. Others needed to rebuild their wardrobe because of changes in their circumstances – a change in their job or city, or a global pandemic that forced them to work from home (sometimes in the same office, but more casually attired).

Since many people in 2010 thought they were “buying it for life,” we were curious to know what has stuck around. So we asked some key menswear figures who were around during that #menswear era to see what from 2010 they still have in their wardrobe. What makes that item special to them? How often do they wear it? And what do they plan to do when that item finally wears out? This is part one of our two-part series. Part two will be posted later this week. 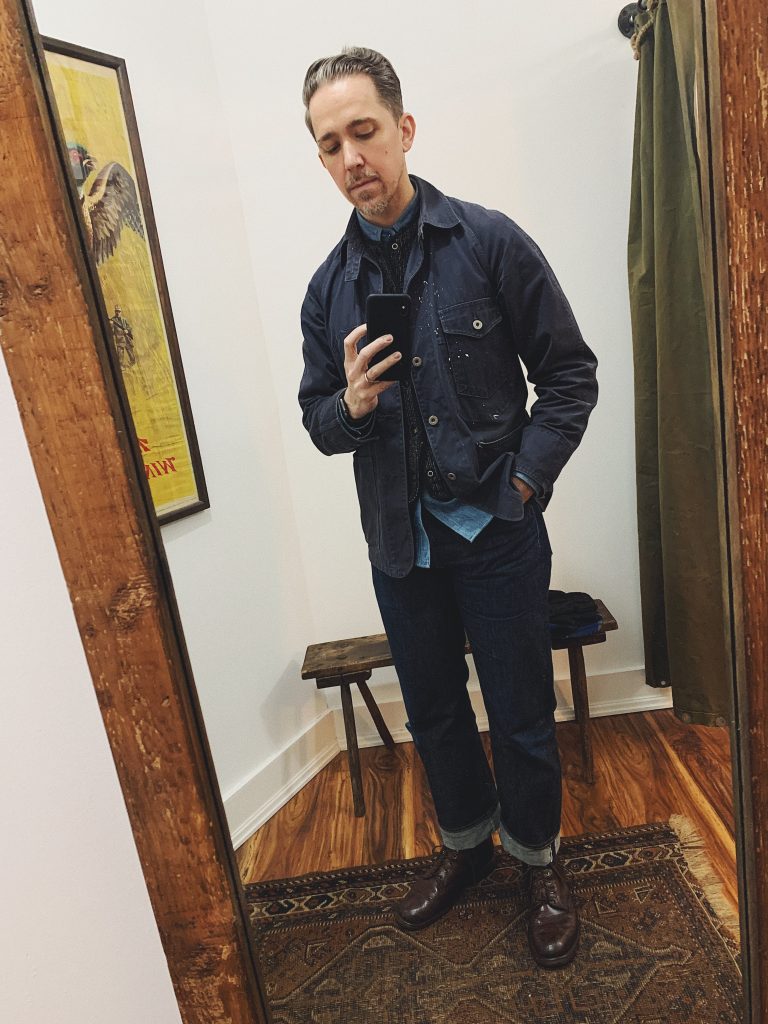 Before starting his vintage shop, Wooden Sleepers, Brain Davis spent a lot of time visiting one of New York City’s most famous heritage menswear stores, Hickoree’s. “There was so much energy and excitement around menswear during 2010,” Brain recalls. “I was just as excited about discovering smaller, independent labels as I was by learning about old heritage labels that I had previously looked over. Hickoree’s had a bit of everything, and it was run by these two brothers, Emil and Sandy. We became friends and I really looked up to them. I remember thinking, ‘Wow, I would love to be doing what they’re doing.’ So when they encouraged me to open my first brick-and-mortar, that felt special.”

On one visit to Hickoree’s, Brian fell in love with an indigo chore coat from the niche Japanese label Post Overalls. The cotton jacket is lightweight and unlined, making it easy to layer and wear during transitional seasons when it’s not too hot or cold. It also perfectly compliments Brian’s wardrobe, which is full of selvedge denim jeans and Army green fatigues. At the same time, the Post Overalls chore coat is a practical piece of workwear. Brian has worn it innumerable times, including when he built out his various Wooden Sleepers locations. “This thing has paint splattered all over it,” he says. “It’s been covered in sawdust, joint compounds, you name it. I’ve washed it a million times, and even though the thing is so faded, it’s never burst a seam, popped a stitch, or lost a button. It’s so overbuilt and well-made.”

Brian puts his clothes through their paces and takes a bit of pride in how his clothing has aged. So it slightly peeves him when he sees workwear outfits on Instagram where the leather is unmarred and the denim barely faded. “They don’t do anything in this stuff; some people barely even wear their clothes. It’s maddening. This is the same sort of ravenous consumption that people have complained about. It’s antithetical to the heritage menswear ethos, which is supposed to be about ‘buy less, buy better,’ not ‘buy better, buy more that’s even better.’” 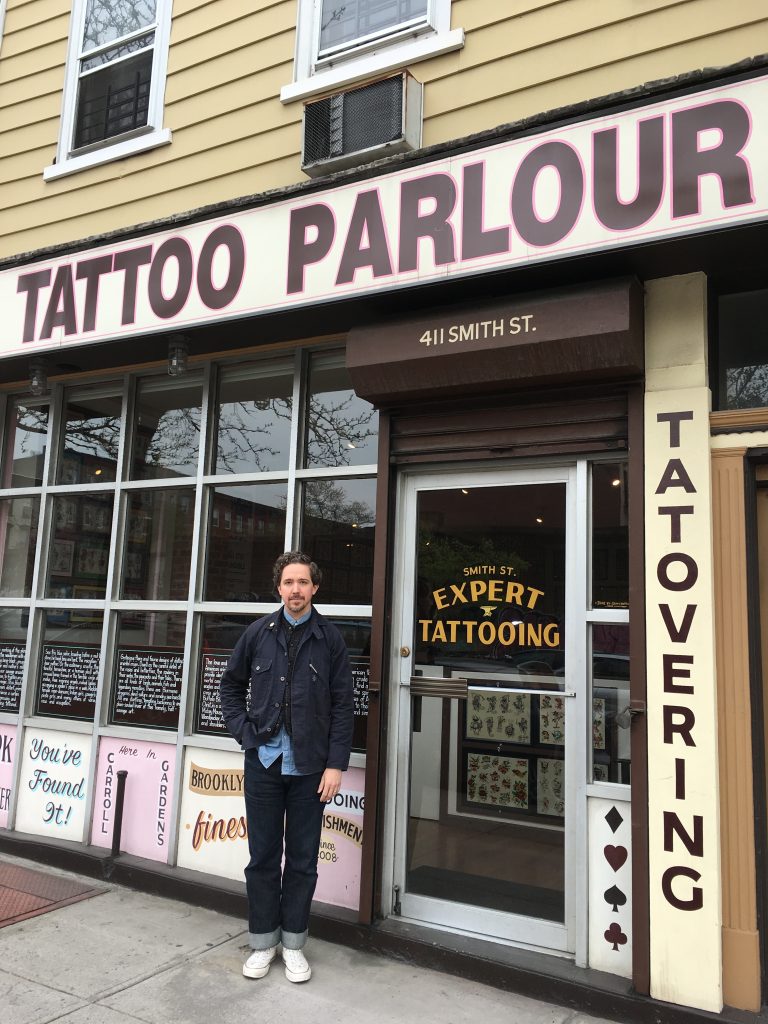 Being a rugged piece of workwear means that Brian’s jacket has only gotten better with age, allowing him to wear it throughout various points of his life and embuing the jacket with sentimental value. “When I look back, I can see myself wearing it all these different times. I was once asked to be part of a discussion at LIM College, and I was freaking out about what to wear because I don’t come from academia. Should I wear a sports coat and jeans? But that wasn’t me, and then I finally was like, ‘fuck it, I’m wearing my Post Overall jacket and my brown beach vest and jeans and boots. That’s just where I feel the most comfortable.”

You can still find Brian wearing the jacket these days. “The funny thing is, my sense of dress hasn’t changed much since those heydays of menswear, and I’m 40 years old now.” In fact, Brian still has a lot of the same clothing from 2010. “I was looking back over the years to see how many times I visited my tattoo parlor and found a picture of my first time going there. In that photo, I was wearing literally the same thing, head to toe. The same boots, same jeans, same chambray shirt, same Browns Beach vest, and same Post Overall Jacket.”

Brian plans to continue wearing the jacket for as long as he can. If it does wear out, he’s not too worried because he has a backup. “I befriended Takashi, the designer of Post Overalls, on Instagram and sent him a photo of the jacket. He didn’t even recognize the fabric because it had faded and evolved so much. I asked him if he ever made this jacket in Carhartt duck brown, and he sent me a photo of a new old stock version that he had with him in Japan, and I was like, ‘I will take it!’ So now I have a second version of the jacket in a different color, which I’m very excited about.” 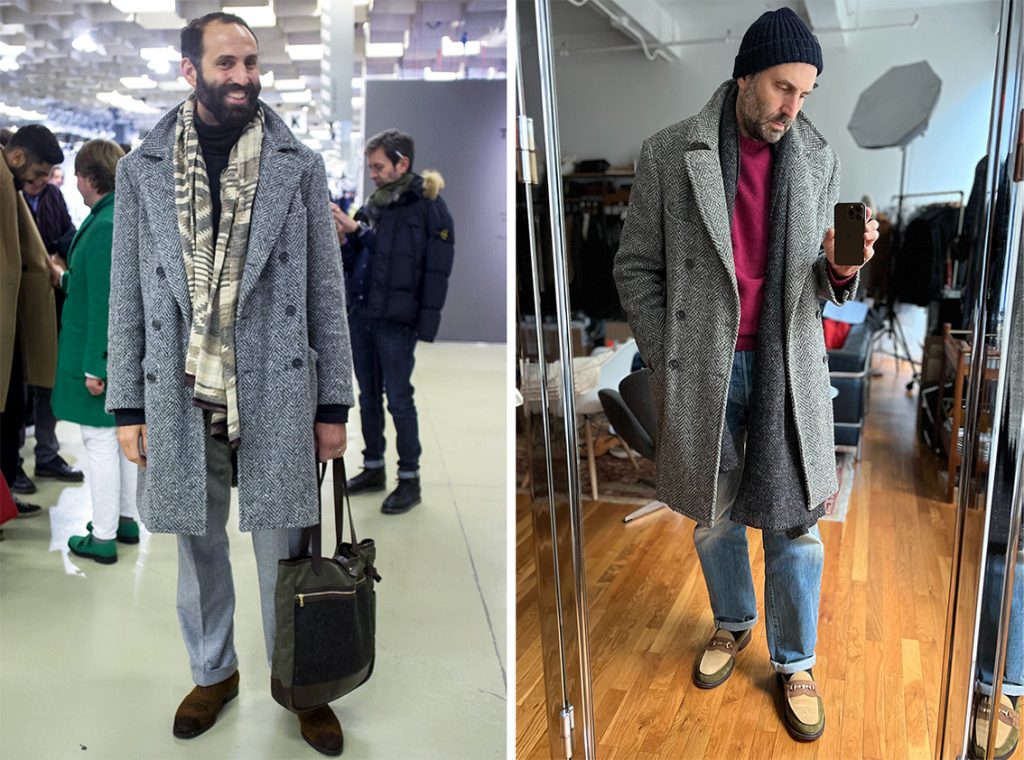 “I think that some people use blankets to combat anxiety. I kinda get that when I wear this coat,“ says Greg Lellouche, founder of No Man Walks Alone, referring to a stylish double-breasted overcoat from Isaia that he purchased back in 2008. “The weight is comforting.”

“I actually don’t remember where I bought the coat, although it was likely during this odd period in the mid to late 2000s when Sierra Trading Post had loads of Isaia suits, jackets, and outerwear.” The coat is made from a beautiful grey tweed that features a large herringbone pattern and a generous collar. Greg loves the coat for its weight and silhouette. “The fabric is so heavy, the coat always falls perfectly,” he says. “The generous collar also gives it great lines.”

When Greg bought the coat in 2008, he was still working as an investment banker on Wall Street. He needed a coat to protect himself from New York City’s harsh winters, and mainly used it over his suits and sport coats. But as his style has become more casual over the years, the coat has proved surprisingly versatile. “It’s easy to wear on weekends,” he says. “The herringbone pattern is chunky, and the grey colors are easy to match with everything from suits and oxfords to jeans and sneakers. If anything, this coat has discouraged me from getting new grey overcoats, only because I feel they could never replace this Isaia original. If something happens to it, I would probably get a similar coat made by our partners at Sartoria Carrara.” 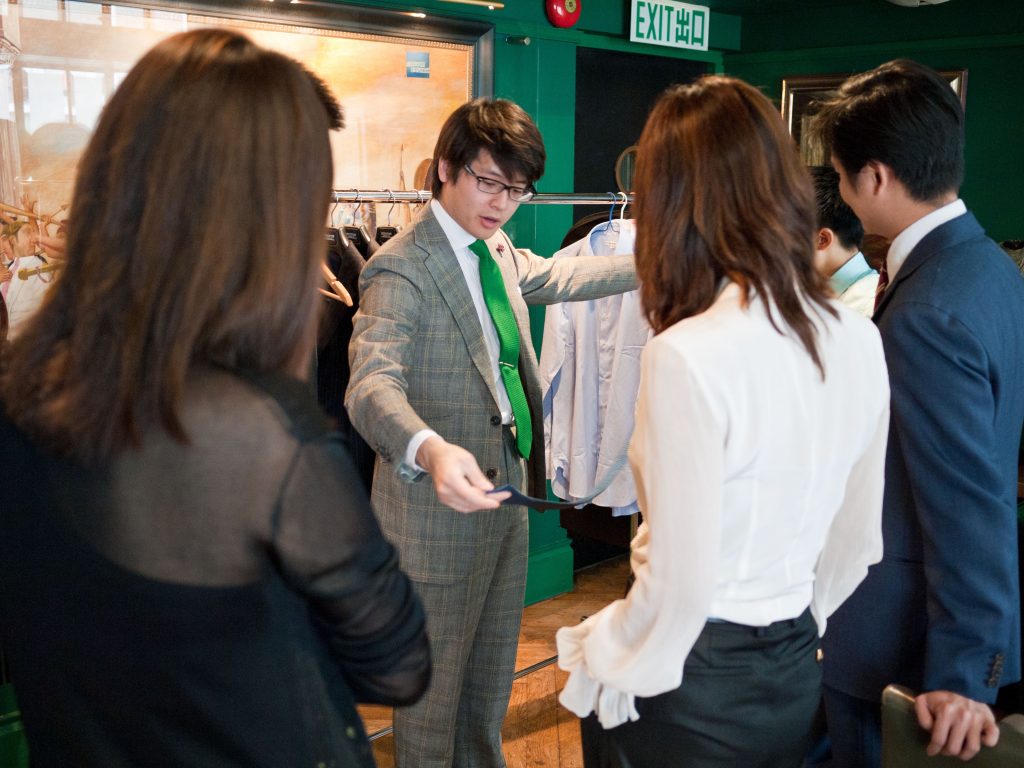 Mark Cho, Co-founder of The Armoury

Mark Cho of The Armoury remembers one of his favorite pieces of clothing: a suit he commissioned sometime around 2010, made from a vintage fabric he found at WW Chan. “The fabric was woven sometime in the 1970s and was from a mill called John Foster,” Mark recalls. “I picked it up at WW Chan in Hong Kong years ago. Back then, they had a huge cache of amazing vintage fabric that they thought was too dated to sell. I offered to help them by photographing the fabrics, cataloging them, and listing them for sale on StyleForum. It killed me to imagine that these great fabrics might be sold by the pound to a jobber and then used as stuffing.”

While going through that stock, Mark discovered a beautiful grey fabric with a yellow shadow check, which he kept for himself. “I thought the unusual pattern was beautiful. I was also intrigued by the idea of having a suit made from vintage fabric, as it would make it unique to me and not like anyone else’s.” Naturally, Mark had the suit made by WW Chan, the original owners of the cloth. When the soft-shouldered, single-breasted suit was finished, Mark wore it often, including on press tours for The Armoury before the store’s grand opening. 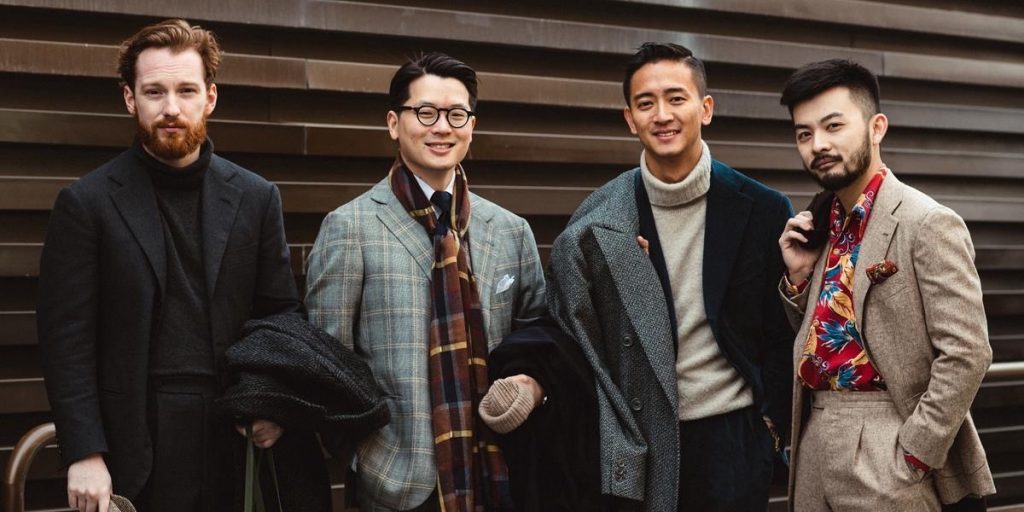 Unfortunately, as time goes on, we find that sometimes it’s not our style preferences that change, but our body’s physical shape and size. Several years after commissioning the suit, Mark gained weight and found the suit no longer fit him. “I kept the suit in my closet for about ten more years, just in case I lost enough weight to fit into it again,” he recalls.

Mark loved the suit so much that he went on a quest to have another made. He commissioned a similar cloth from another mill. He then gave a cut length of that fabric to one of his tailors, Antonio Liverano, who did a Florentine version of that WW Chan original. “It wasn’t bad, but it didn’t quite capture the spirit of what I had earlier,” Mark laments. He still wears that Liverano version occasionally, but not as much compared to his Chan. “It’s a great suit in its own right, but I think my tastes have changed since I originally commissioned that suit from WW Chan. While the fabric is similar, it’s not quite the same. The original fabric has yellower tones, even in the grey base, making it easier to wear. This modern reinterpretation is more neutral grey.”

After lying dormant in Mark’s closet for so long, Mark recently decided to part ways with his WW Chan suit. “I actually just sold the original. It’s really just because it was laughably small for me in my current plus-size frame, and I’d like someone else to enjoy it. I sold it through The Armoury’s second-hand outlet Drop93. Someone in Hong Kong bought it, and I hope they enjoy the suit as much as I did!”

Thanks to all who participated in this post! Readers can check back later this week for part two of this series.