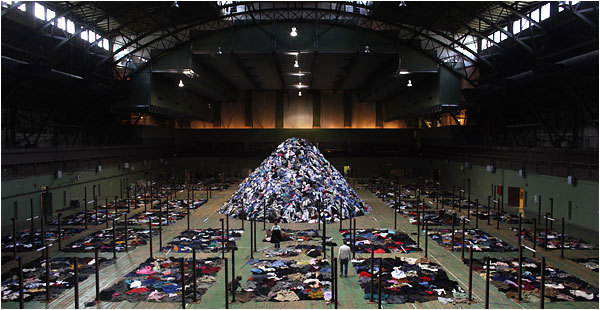 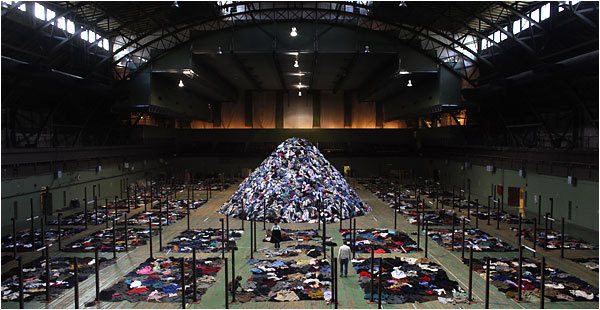 Pitti Uomo, the menswear trade show Pete recently wrote about, just ended last week. It happens to be one of the most publicly watched trade shows among menswear enthusiasts, but it’s hardly the only industry event. A number of “fashion shows” just ended in London and Milan, for example, and Bread and Butter is going on right now. After that, there’s Capsule, and then a few others.

I actually went to apparel trade shows in the mid-1990s, when I worked in print media. At the time, we had streetwear brands as advertising clients, so we’d go to do business. We also needed to make contacts in order to organize fashion photoshoots. I’ve never been to Pitti, but I’ve gone to a number of Magic shows (one of the biggest apparel trade shows in the US) and ASR before they shut down.

One of the things not captured by media coverage of these events is their size. Some of them are huge. At Magic, for example, you can almost walk continuously every day for the duration of the show (usually three days) and still not see every booth. Tons of brands are there, each with their own collections, and buyers from stores making their purchases. It’s kind of incredible to think of how much stuff is being produced, sold, and bought at these things. I mean, at the last Pitti Uomo alone, there were 30,000 attendees, 21,000 of which were buyers (21,000 buyers!). And after each round of shows, there’s another round in six months for the next season’s collections.

Anyway, it’s been about fifteen years since I’ve been to one of these events, but every time Pitti coverage comes up on my RSS feed, I’m reminded of an interview Move did with my old friend Jeff Ng, who’s a pioneer in the streetwear scene with his company Staple. On the issue of trade shows, he had this to say:

Fashion to me is a riddle. It’s this riddle I am always fighting with because, you know, you walk around a trade show like Bread & Butter and you see all these brands, and you’re just thinking to yourself, “how many jackets do people need? How many pants? How many jeans?” I feel kind of disgusted that I’m just adding more stuff into this world.

But I do realize that everyone sitting here is wearing clothes. Clothes are necessary, but what is the solution? Yes we do need multiple options, but do we need this many? […]

I’m certainly no saint, and I admit I like seeing new collections come out every season. I also enjoy purchasing new things, and the feeling of wearing them for the first time. But, every time Pitti coverage comes up on my RSS feed, I think about Jeff’s point. How does the cycle of seasonal collections and trade shows relate to clothing production, and how does that production relate to our consumeristic desires?

I don’t have answers to those questions (causality can run in either direction, or even both, I’m sure), but they’re food for thought.