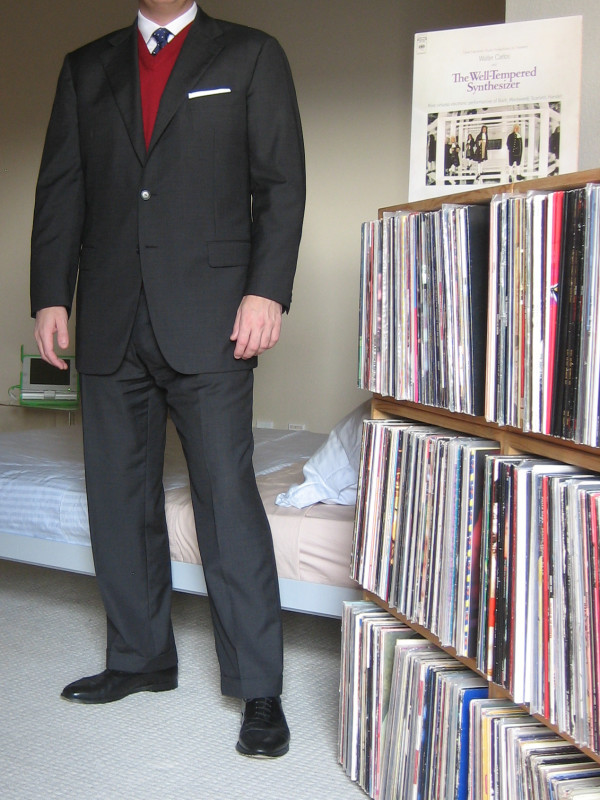 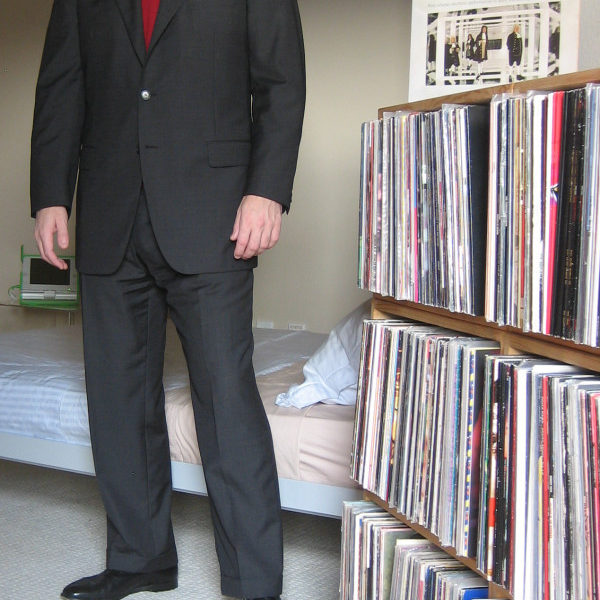 Benjamin writes to ask: I inherited a handful of my grandfather’s tasteful suits a few years ago and am slowly having them tailored and integrated into my wardrobe. Among my favorites are a very classic Brooks Brothers navy blazer and a cotton khaki suit. Both include three-button jackets, however the lapels were folded as two-buttons leaving the third button hole exposed on the lower part of the lapel. Being under 6’, I tend to prefer a two-button jacket, so I would like to keep them folded the way they are now. But I would also like to know a little more about the style, what’s the deal here? Was it a style years ago? Is it considered tacky?

What you’ve got is probably the most classic suit buttoning style, the 3-roll-2:  three buttons, with a roll in the lapel that rolls under the top button, making the coat functionally a two-button.

Three-button suits were the style of the “Friends” era, and two buttons the style of the “Cheers” era.  The 3-roll-2 is a compromise.  It’s found on many Savile Row single-breasteds, and is the classic buttoning for the undarted Ivy League-style “sack” suit.  It’s the opposite of tacky – the epitome of class.

The great challenge will be preserving the lapel roll as such.  On cheap and mishandled suits, the lapel doesn’t roll at all – it folds.  Often dry cleaners will press the lapel down into the chest of the suit, flattening out the suit’s three-dimensional shape.  They’ll also often press a 3-roll-2 into an awkward three-button, so be vigilant.  A good tailor can steam the lapel roll for you to preserve its shape.