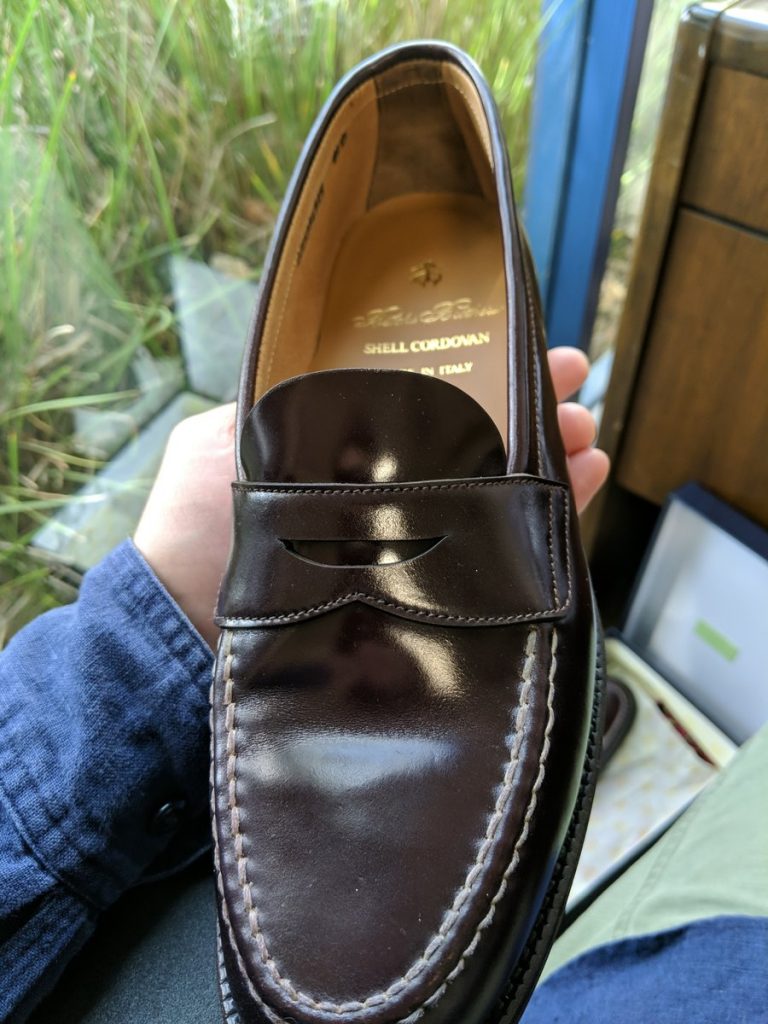 What a bummer. Earlier this year, we published a post about how Brooks Brothers is replacing their Alden-made shoes with an Italian line. For decades, Alden has made two of Brooks Brothers’ most iconic shoes: a modified version of Alden’s tassel loafer and a more comfortable, unlined version of Alden’s shell cordovan leisure handsewn. Those shoes were genuinely special. Not just because they were manufactured in America for one of the greatest American brands, but also because the shoes were well-made, stylish, and rooted in history. Brooks Brothers’ two iconic loafers looked just as good with tweeds and corduroy as they did with jeans and Shetland sweaters. They’ve been a trad staple since forever.

The new Italian line is like a shadow of the previous collection. StyleForum member Dazedstate recently ordered the shell cordovan penny loafers you see here, which he thought was the older Alden-made collection. He didn’t notice, however, that the product description said: “Made in USA or Italy.” “Suffice it to say, I got the Italian shoes,” he wrote. 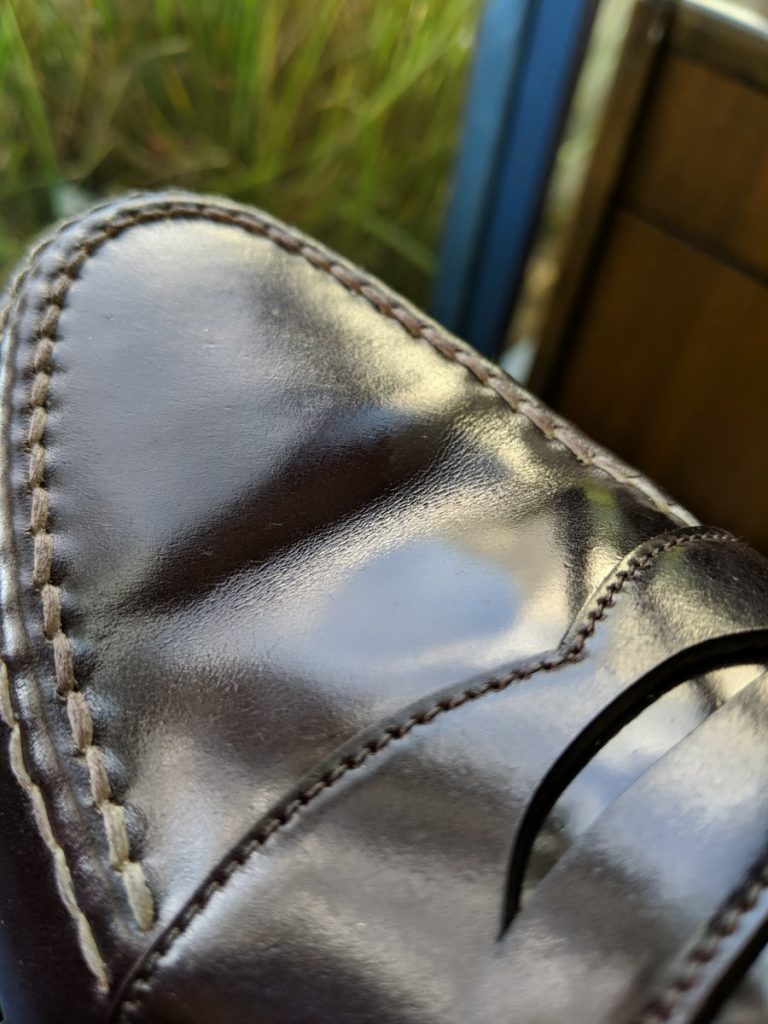 The new loafers look like an imitation of the real thing. The thick, contrast threads that make up the apron don’t look as nicely sewn as the older Alden version. And strangely, while the leather is labeled as shell cordovan, it wrinkles like calfskin — almost like corrected grain calfskin. Shell cordovan results in big rolling wrinkles, while calfskin gives the micro-creasing you see above. Horween’s shell cordovan commands a premium, so it’s possible the company just switched to a different tannery. Shell cordovan is also famous for being difficult to work with, as it often rips during the lasting process. Maybe this new material is to help offset some of those costs.

It’s a bummer to see what’s happened to Brooks Brothers over the years. On the upside, Brooks is still selling the remaining stock of their tassel loafers, and you can occasionally catch them on eBay. The unlined shell cordovan penny loafers, however, are harder to come across. I called several Alden stores this morning and the old Brooks Brothers designs aren’t available for special order, at least for customers. Whether an enterprising stockist (ahem) can convince Alden to make the shoes for them as a special order is another story. 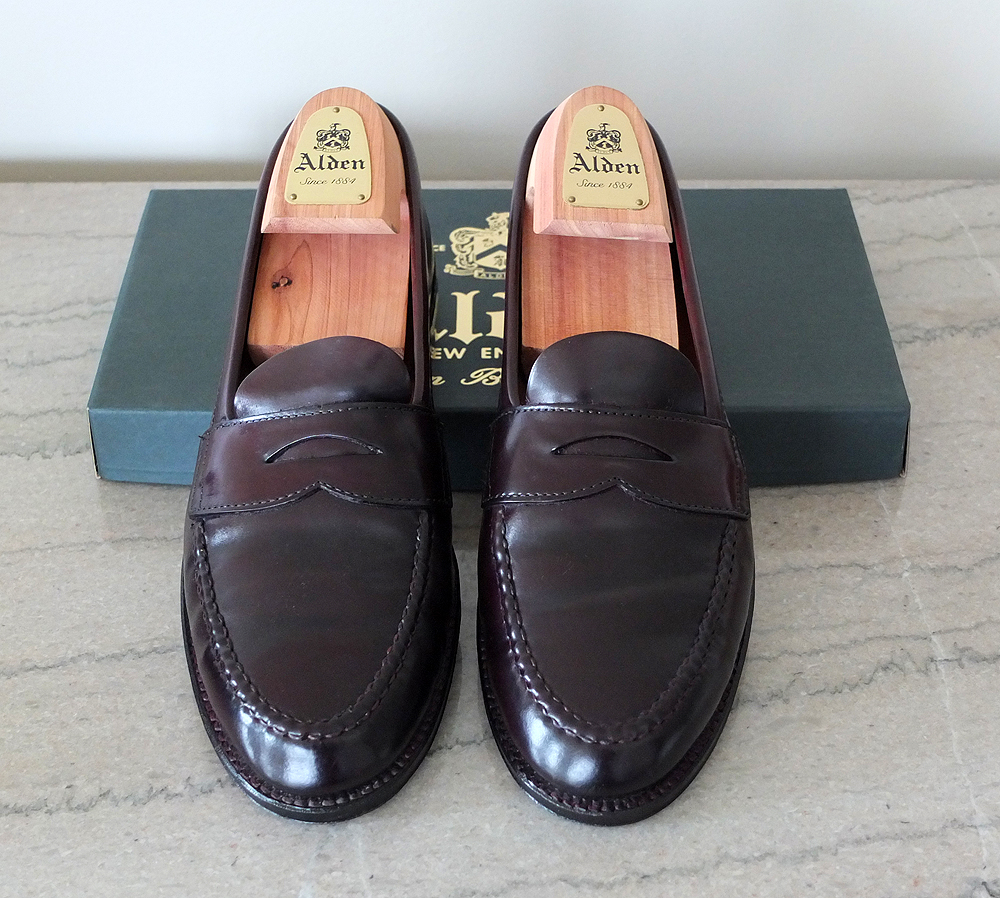 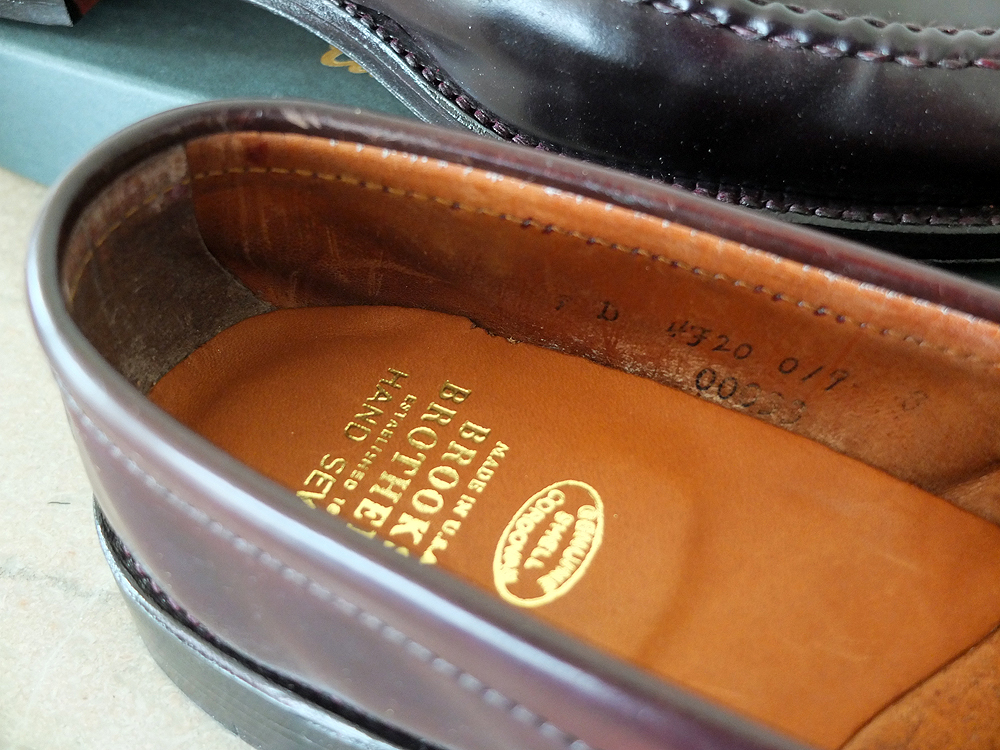 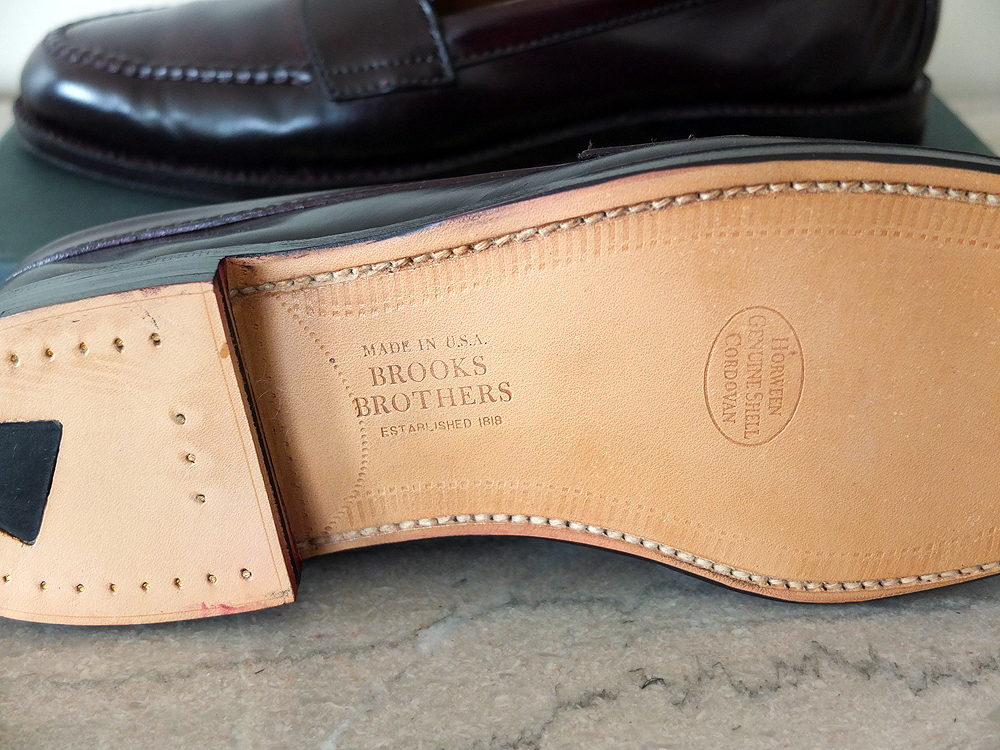