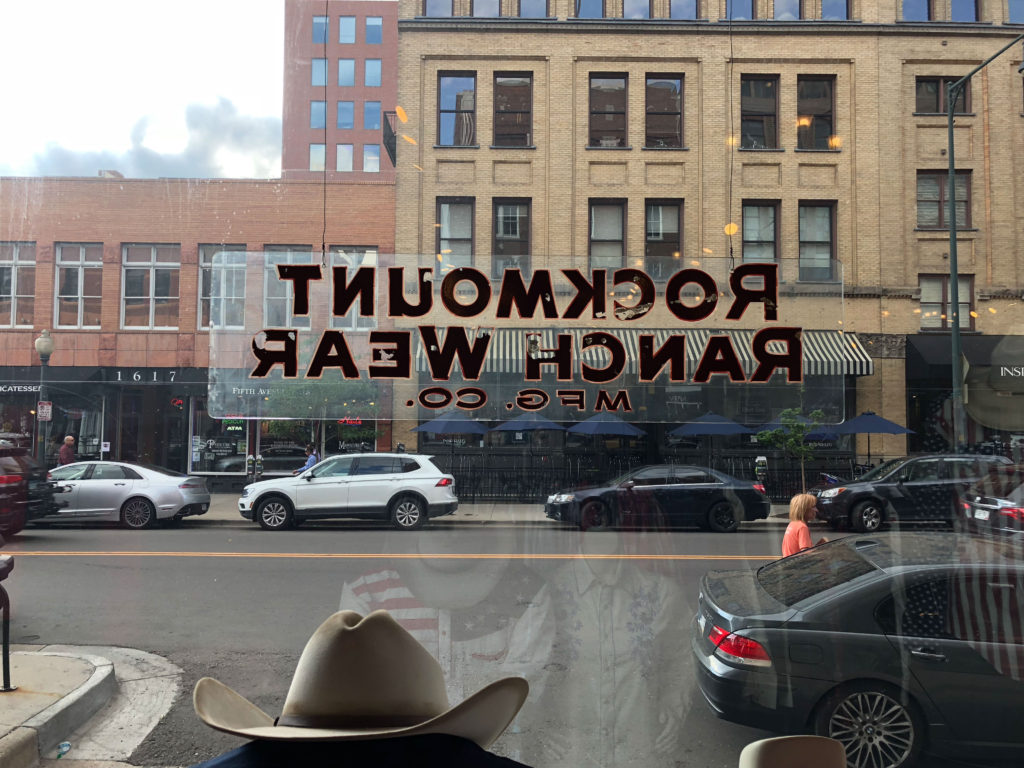 You’d expect me to say, at this point, that westernwear is great because it’s a legit, lasting regional style. But that’s not really true. There’s western wear shops everywhere. Heck, I live in Maryland and there’s one in Glen Burnie. And wherever you are, you’re probably no more than 20 minute drive from a place selling Wrangler western shirts. (There’s also hundreds of Brooks Brothers stores selling the OCBD lifestyle worldwide.)

So I didn’t need to come to Denver to visit Rockmount Ranch Wear to find a western shirt, a style I’ve dug since it was an indie rock cliche in the 90s. Western shirts (and western wear in general) represent such an odd, wonderful mix of traditional masculinity (we’re tough! we need shirts that won’t restrict us if we get caught on the horn of a goddamn BULL!) and colorful, wild self-decoration (we also need embroidery! And lots of interesting trim!).

Opening the door into Rockmount’s only retail location, in an old warehouse in downtown Denver, feels a bit special. Rockmount (headquartered near the Rocky Mountains; get it?) claims to have essentially invented the western shirt, or at least the snap button western, in the 1940s. Jack A. Weil, grandfather of the current Rockmount president, put diamond snaps on western-styled yoked shirts for safety and durability. Weil took what was essentially farm workwear and glamorized it, once telling an interviewer “The first thing I did was get rid of the farmer.” Diamond shaped snaps and sawtooth (two point) pocket flaps remain signatures of the Rockmount western. 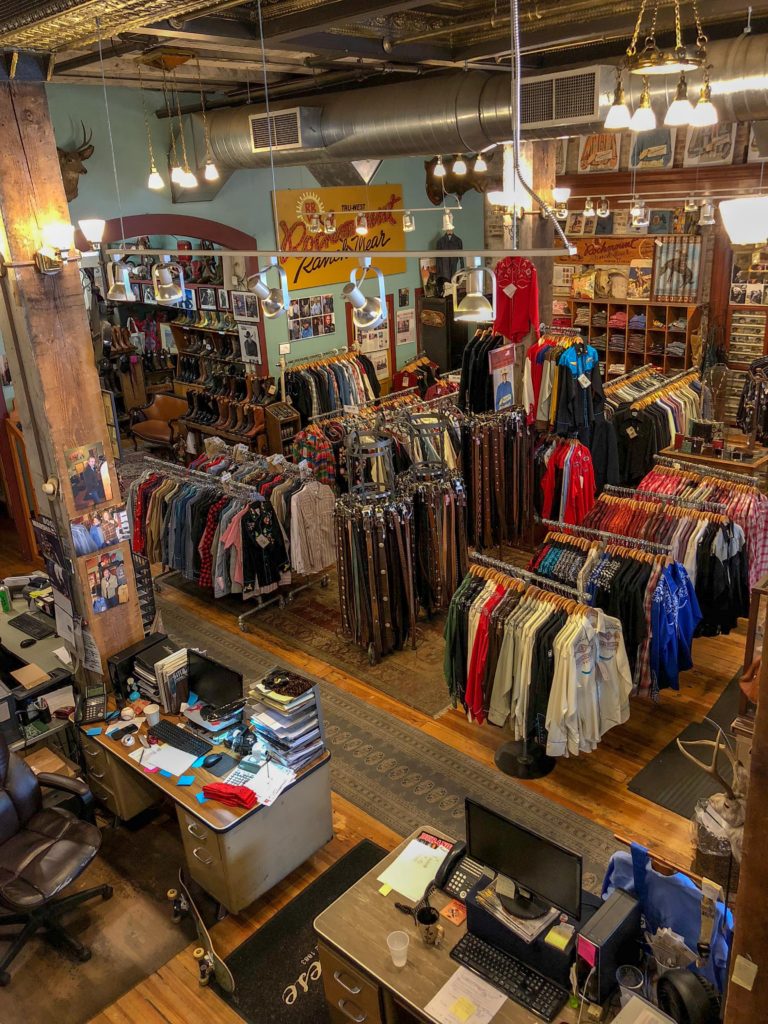 The store has a small, dusty museum section in a loft overlooking the sales floor featuring old Rockmount clothing and memorabilia. There’s also some well-worn office space and filing cabinets–the company still does mostly wholesale. The floor is occupied by racks and racks of western shirts, primarily. Mostly for men, but plenty for women, and a lot of amazing kids’ shirts. They also carry hats (Stetson), boots (a lot of, but not exclusively, Lucchese), and accessories like bolo ties and tooled belts. And Rockmount souvenir tshirts, because it’s a tourist destination, after all.

Rockmount seems aware of the inherent silliness of the western shirt, and makes a lot in wild fabrics–florals, graphic prints, even Hawaiian prints. They famously embroidered cannabis leaves on shirts a few years ago (recreational pot was legalized in Denver in 2014). My favorites are basic chambrays and denims, many of which are still made in USA (the embroidered shirts are not–I didn’t see a noticeable quality difference handling new shirts). But there’s plenty of options for the bold. I also really liked the fleece versions, which reminded me of 90s Ralph Lauren western themes.

I also appreciated that, while many shirts are sizes S, M, L, (you’ll probably want to buy a size smaller than your standard–they run relaxed), Rockmount sells some shirts with collar/sleeve measurements, dress shirt style. I found my size 16/34 to fit ideally–neither baggy nor constricting. Most shirts are around $100, although some of the coolest ones I saw were on the 20% off sale rack. 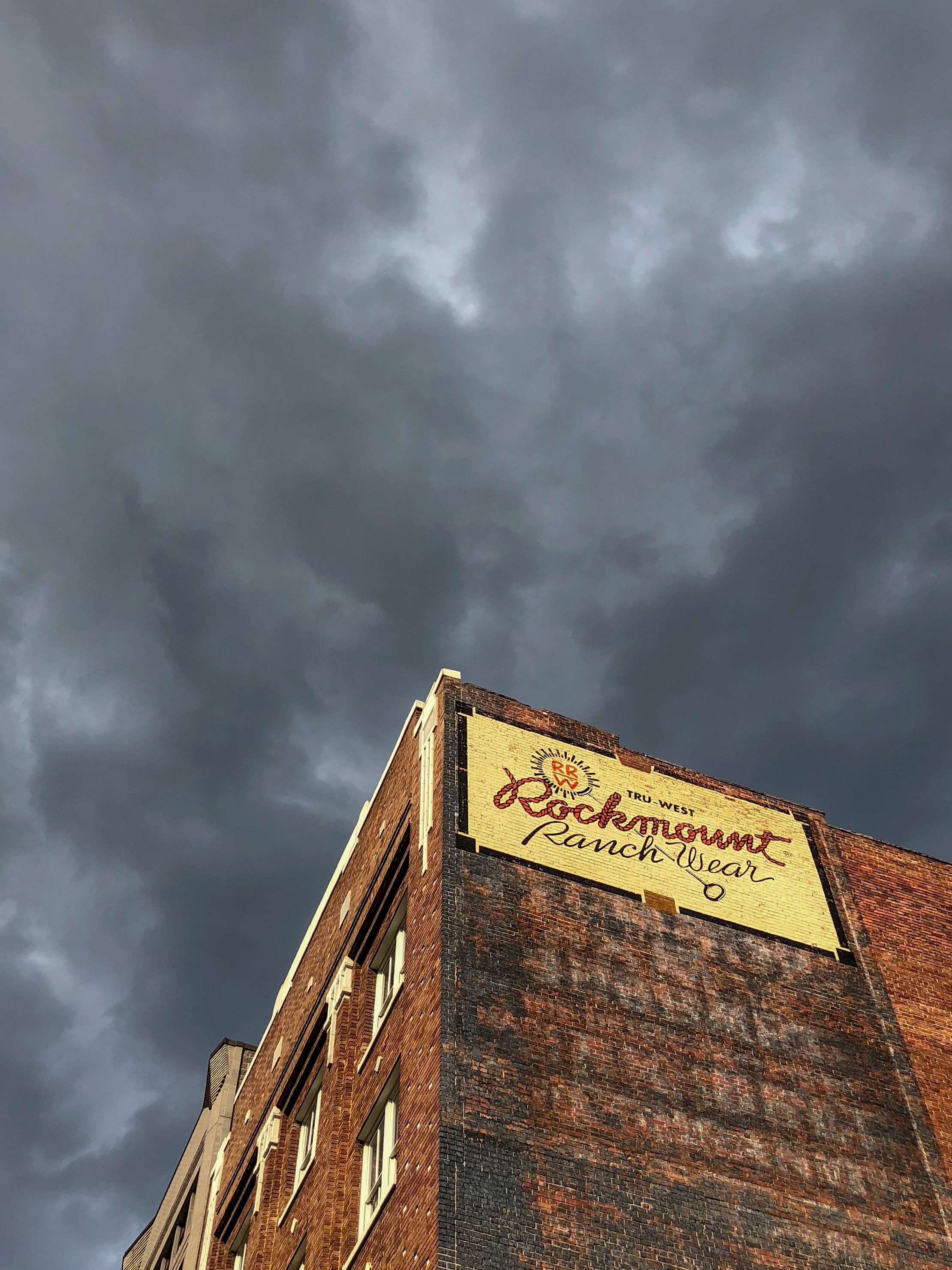 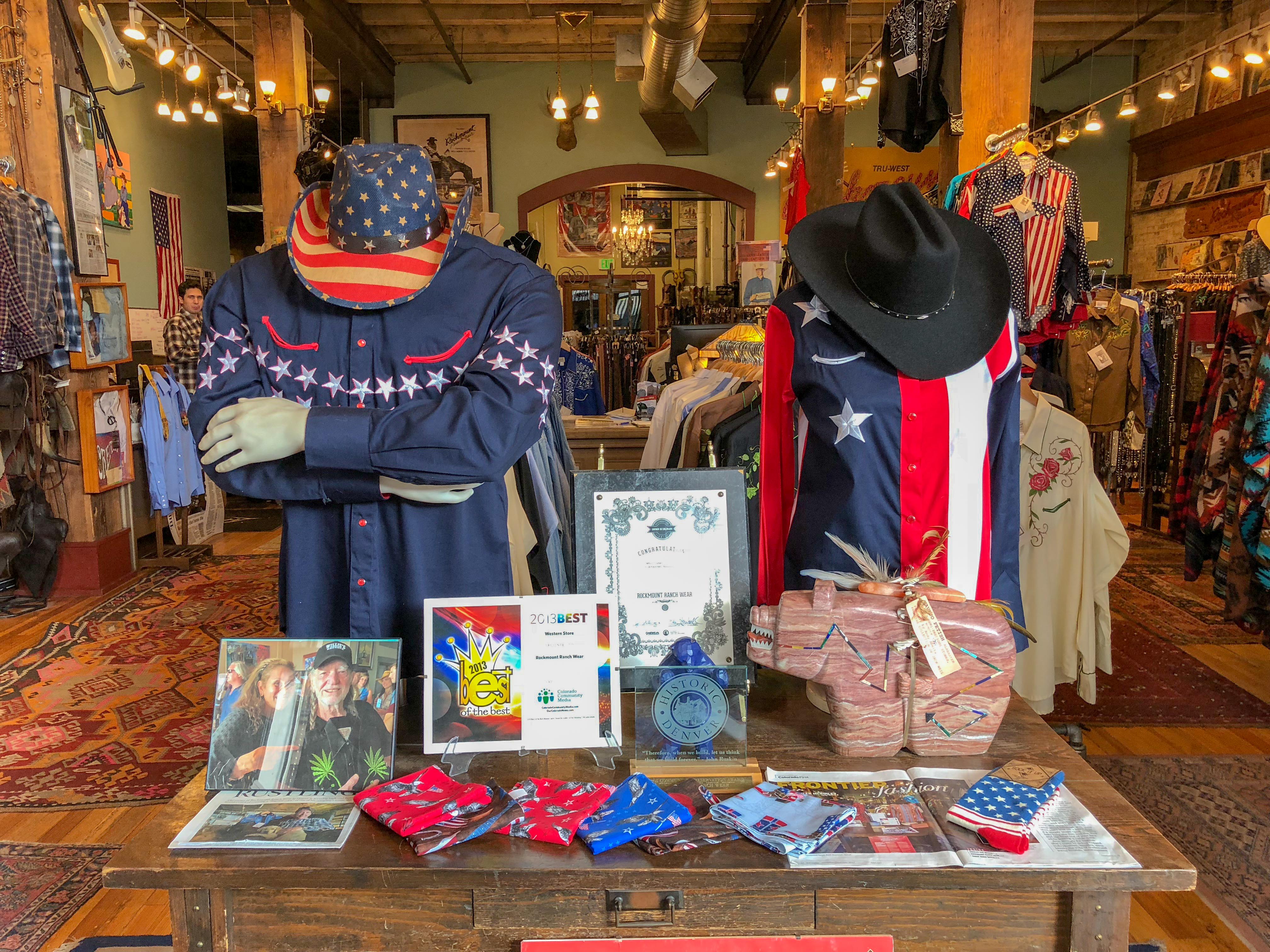 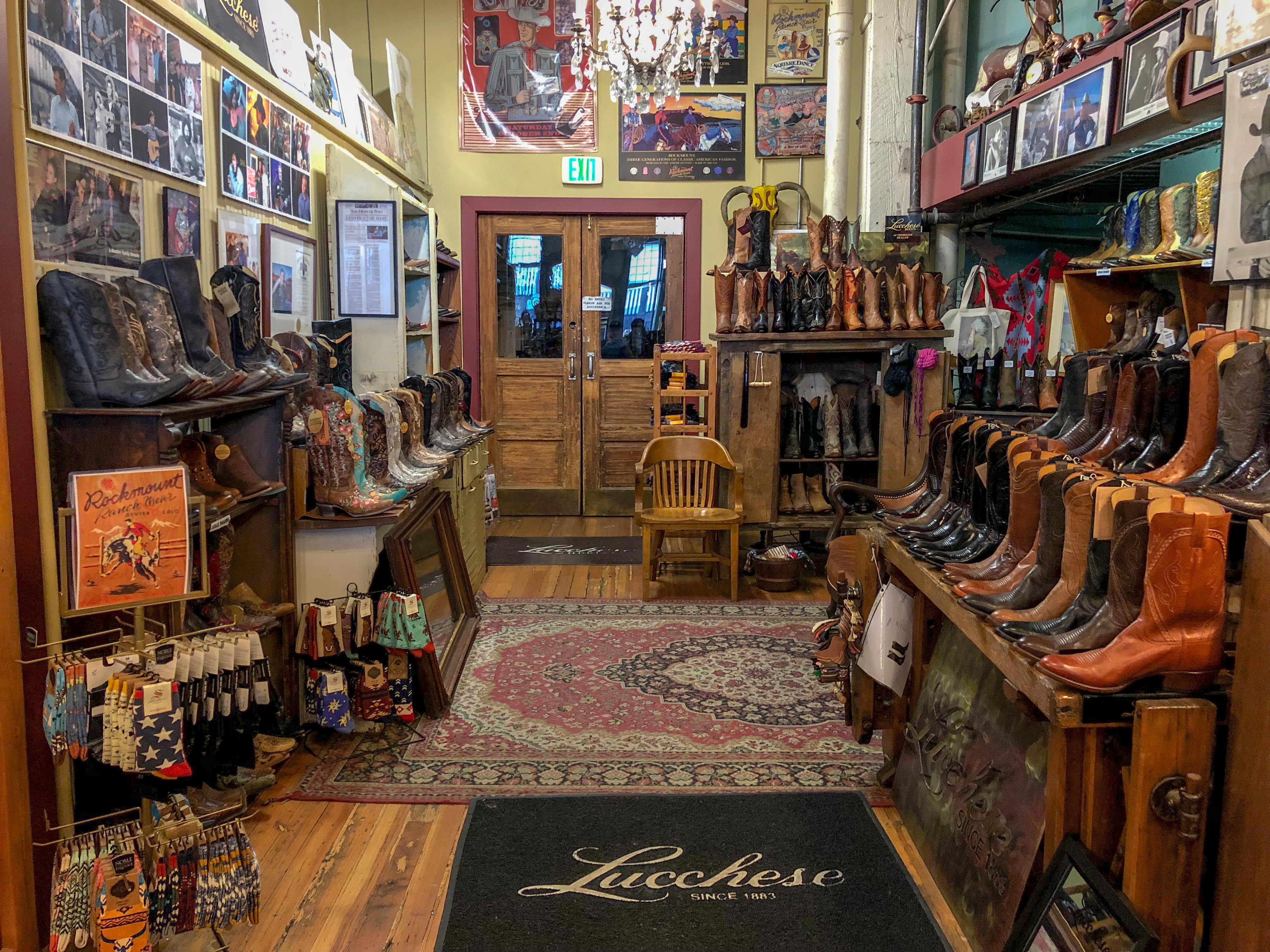 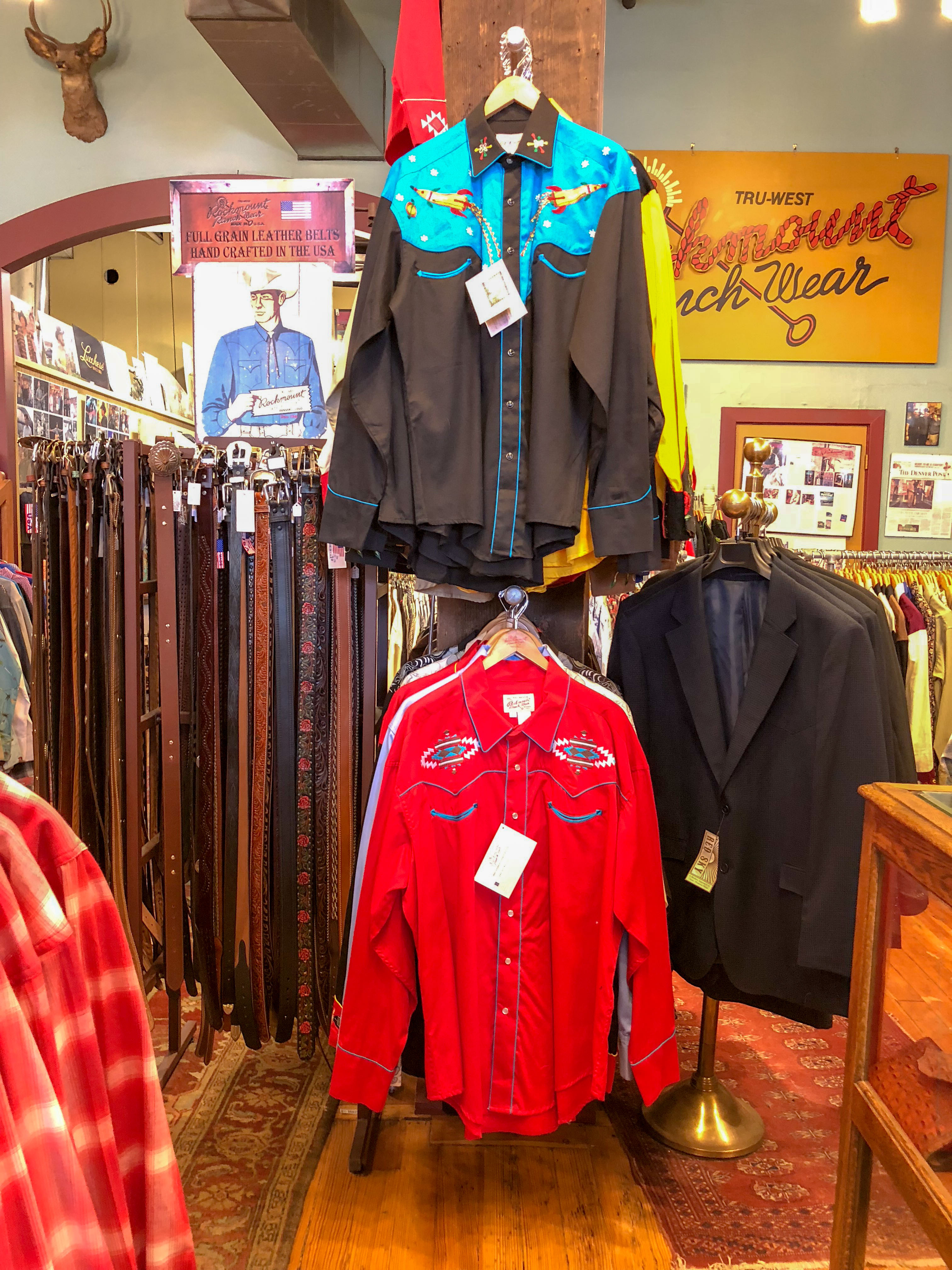 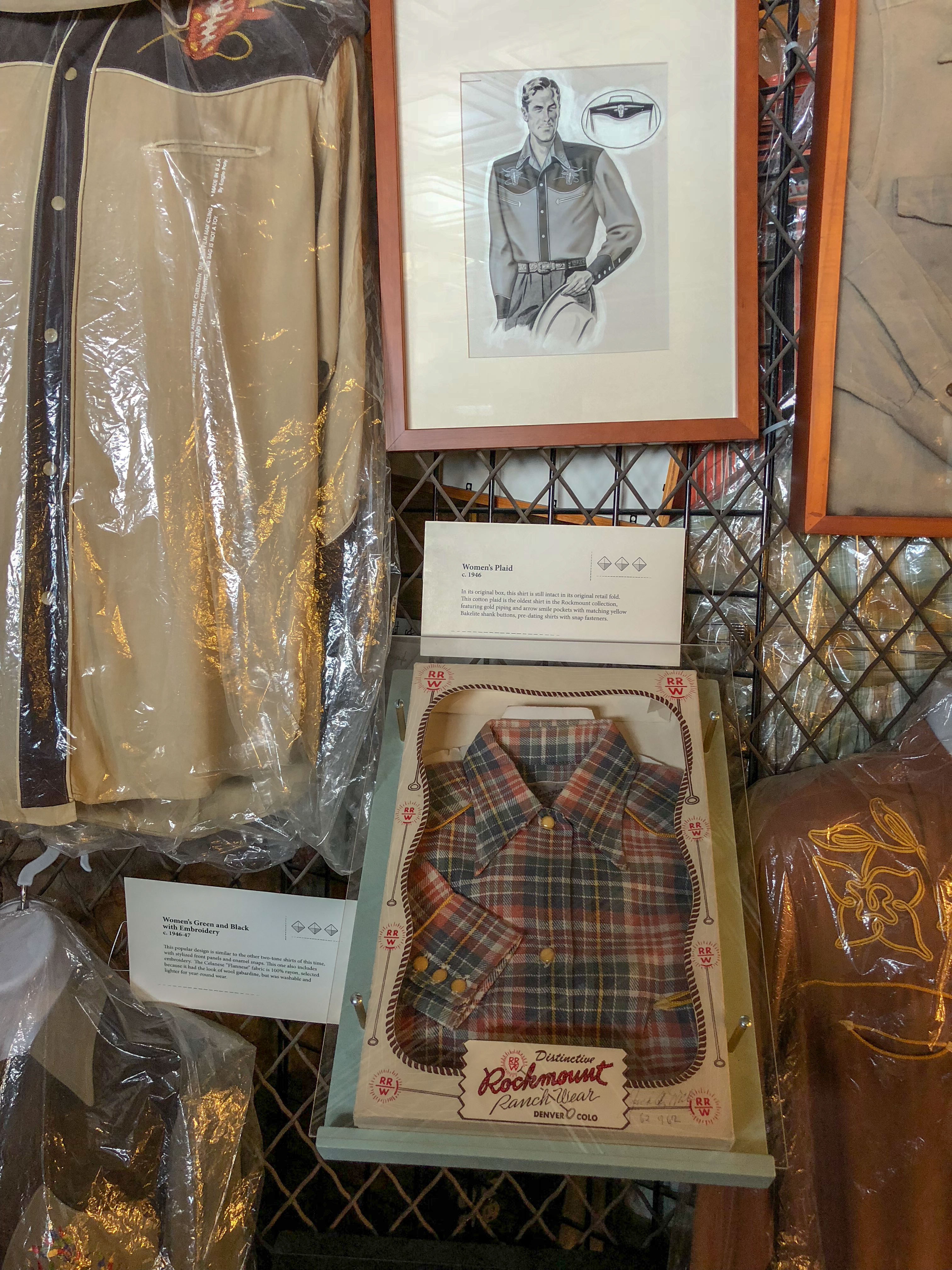 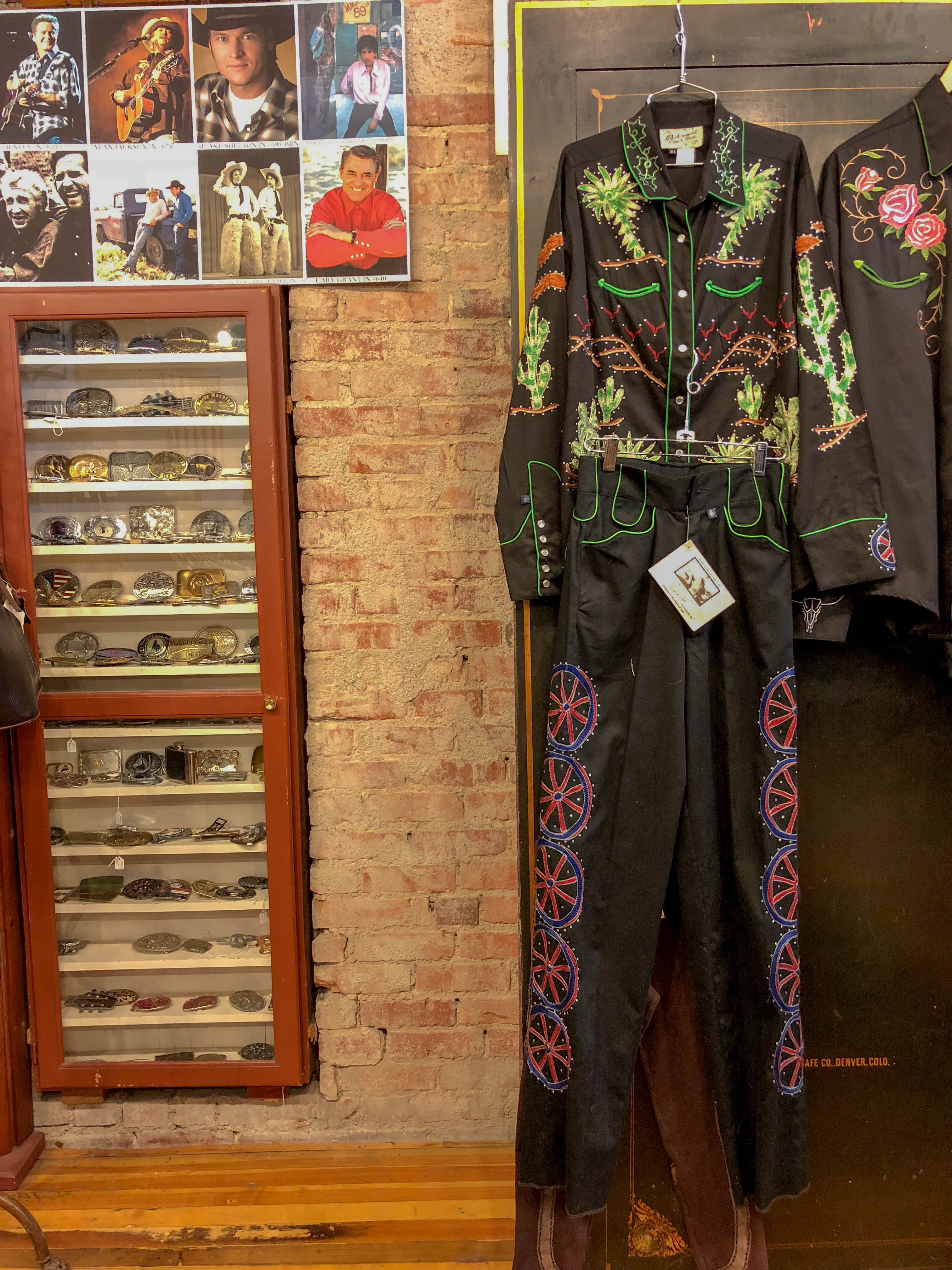 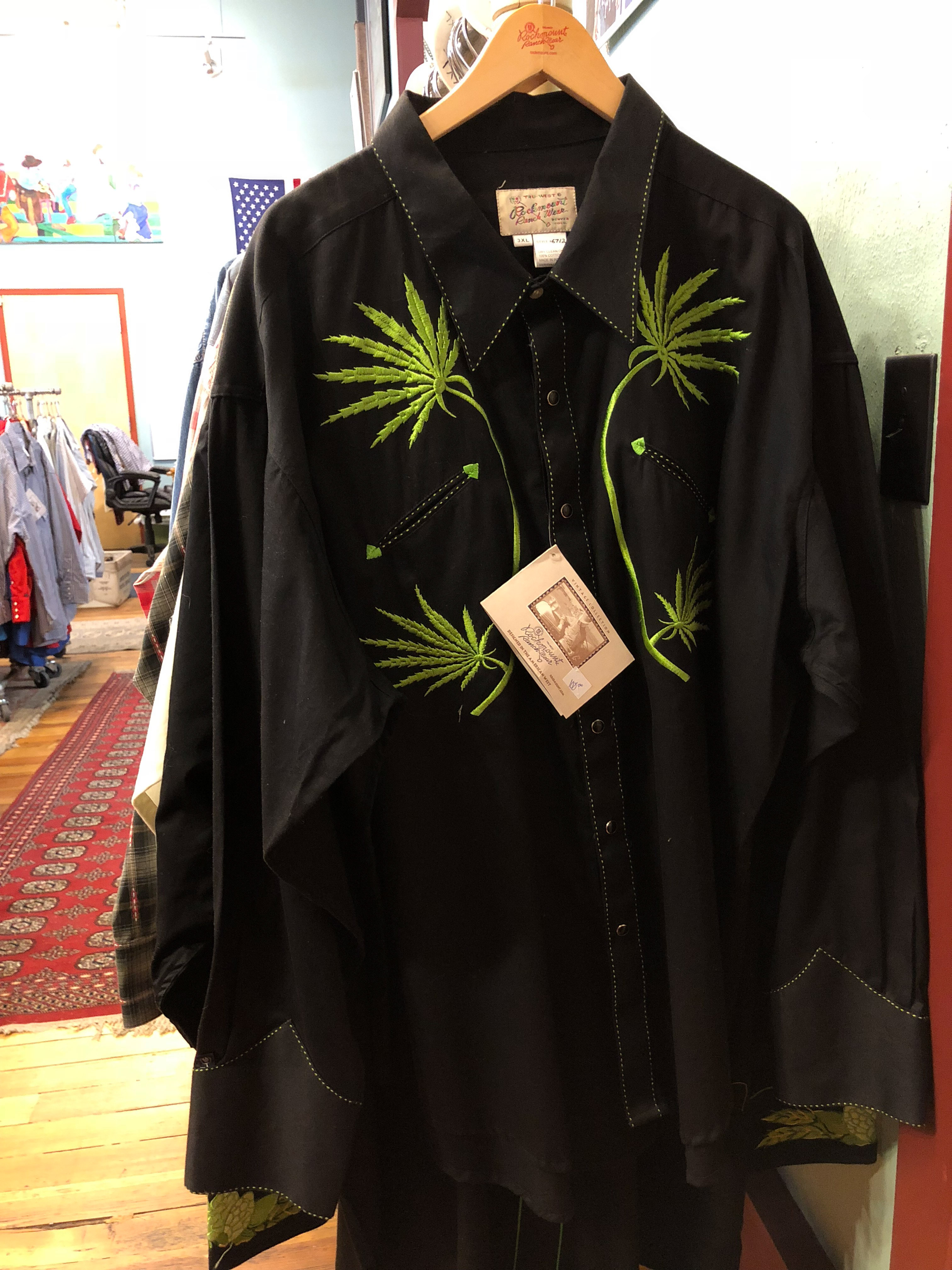 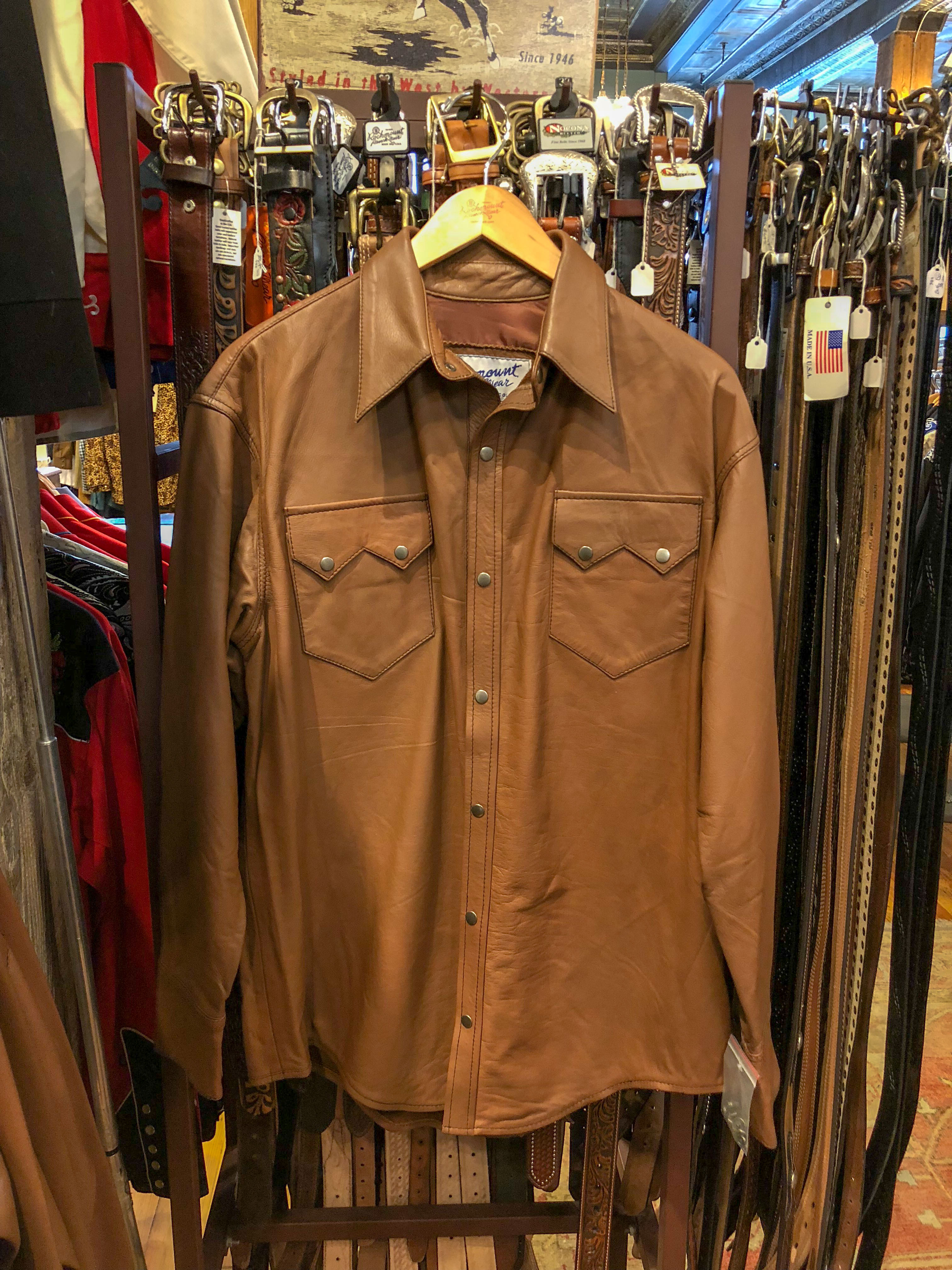 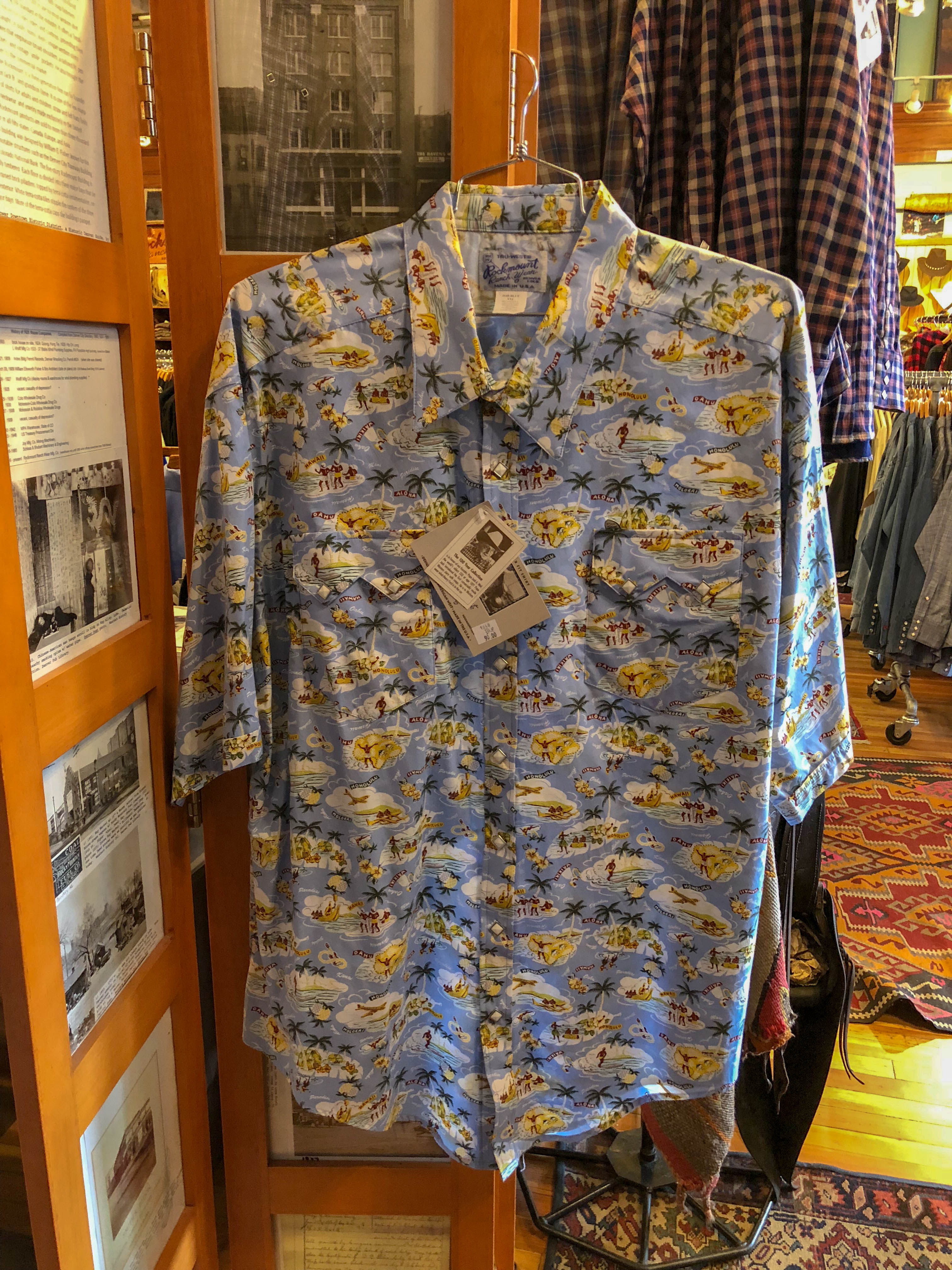 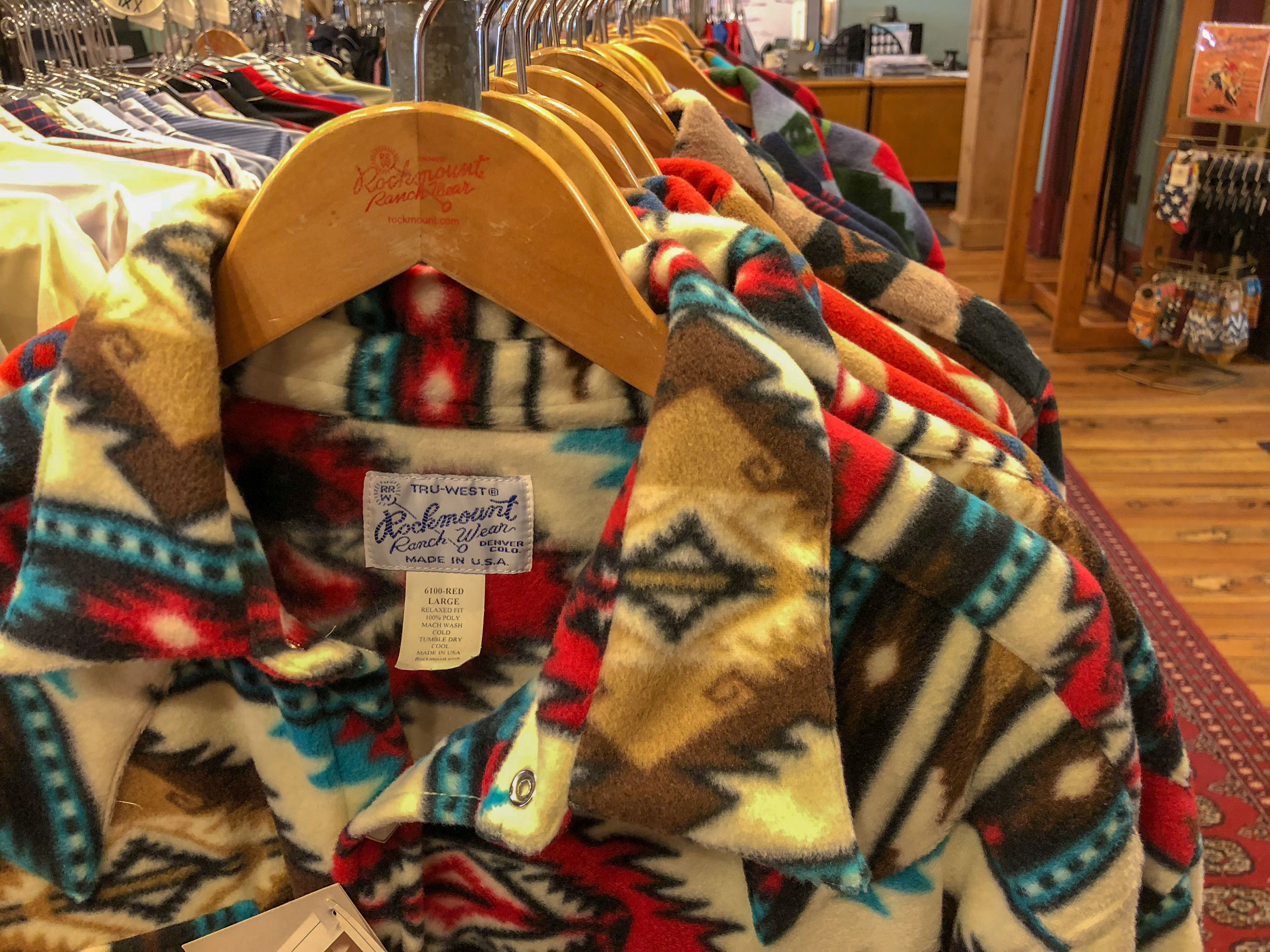 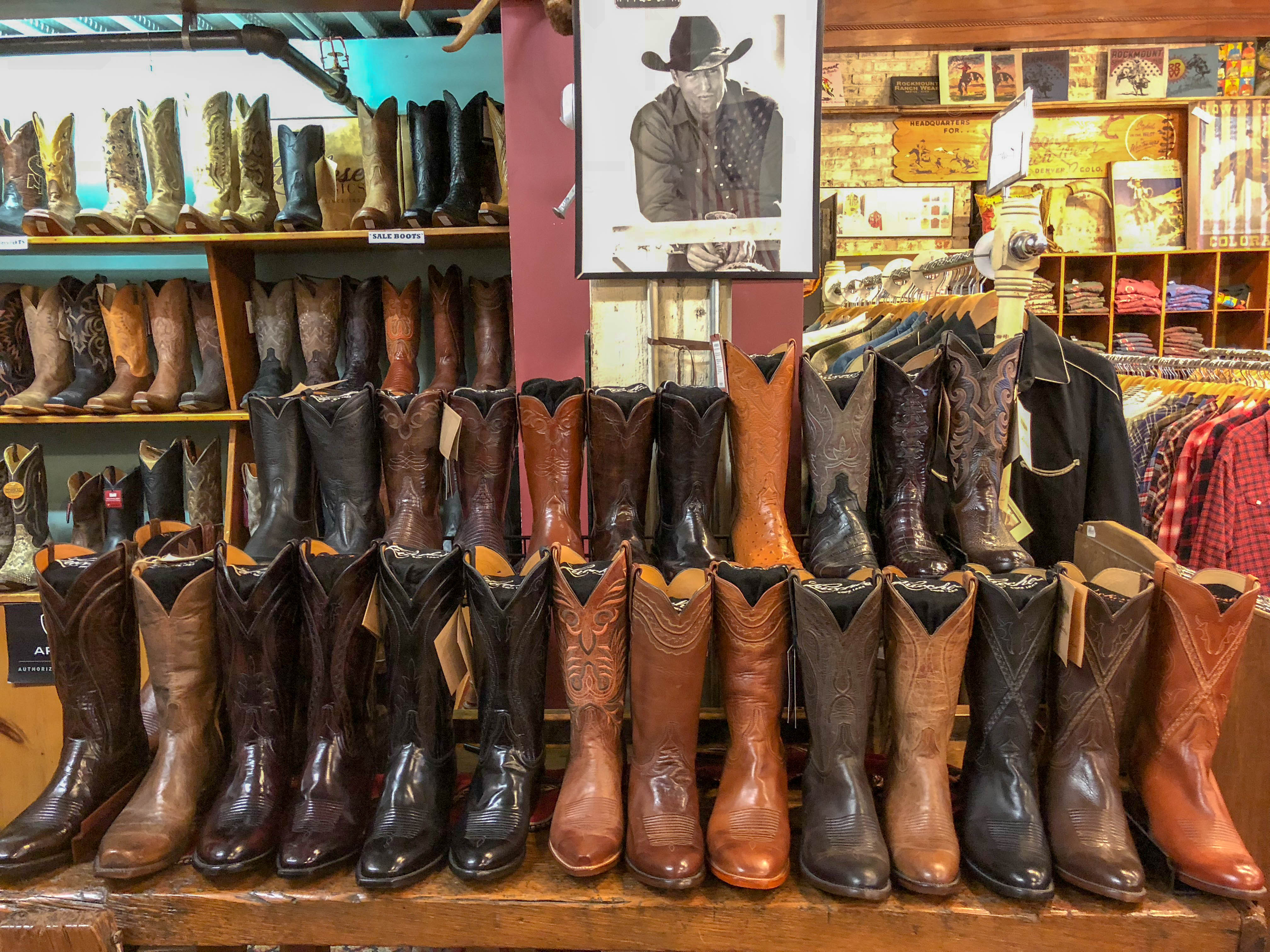 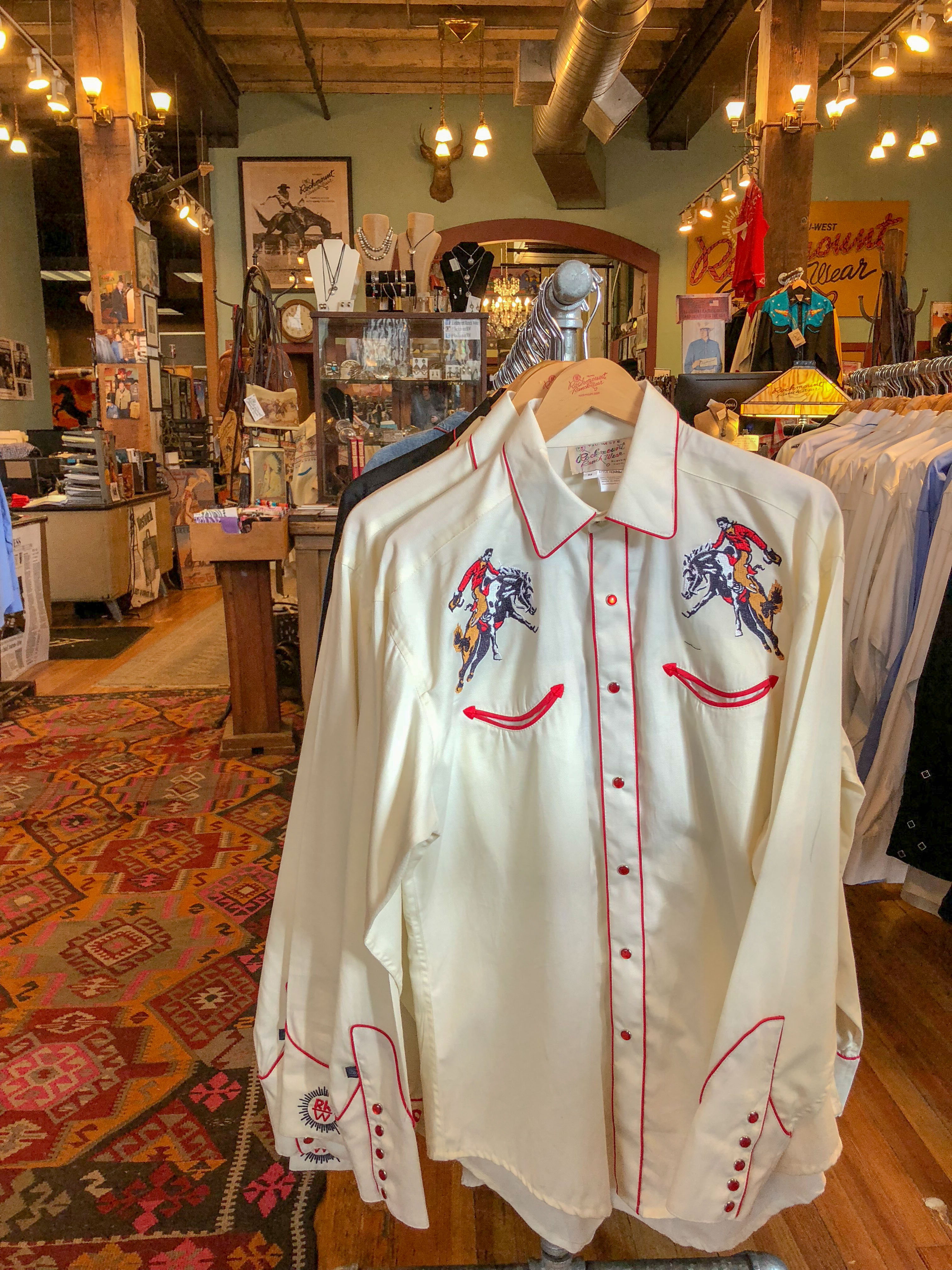 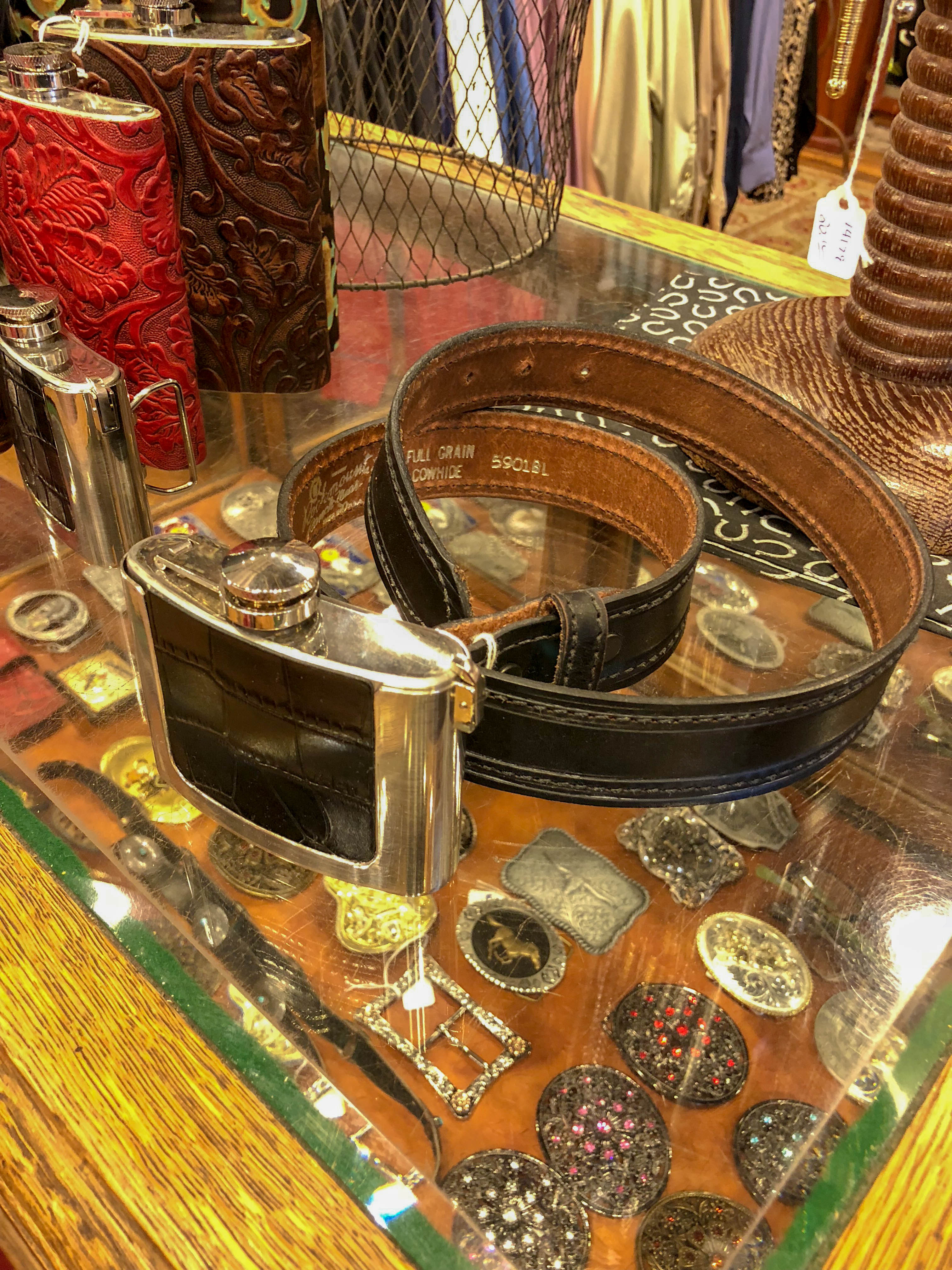 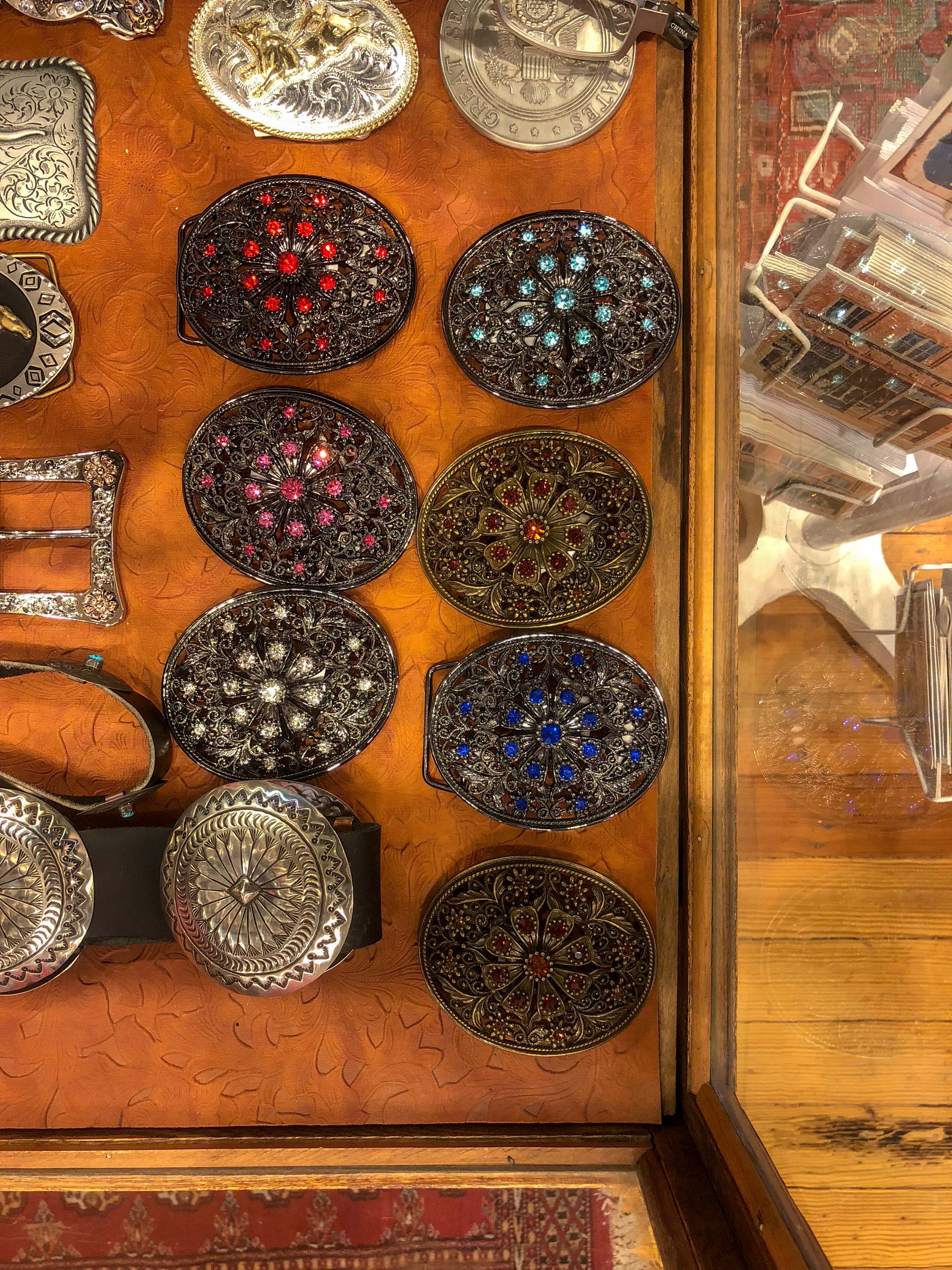 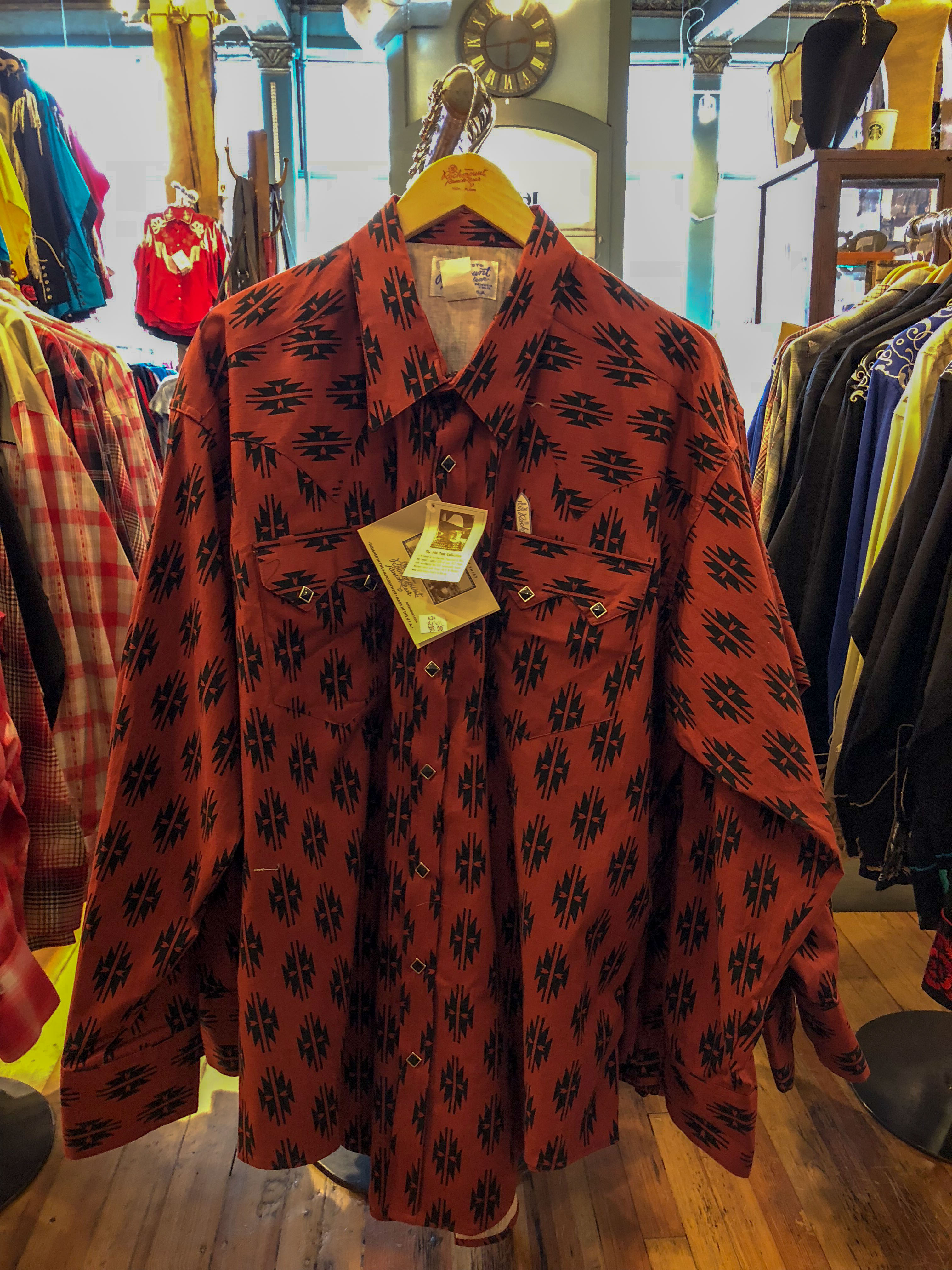 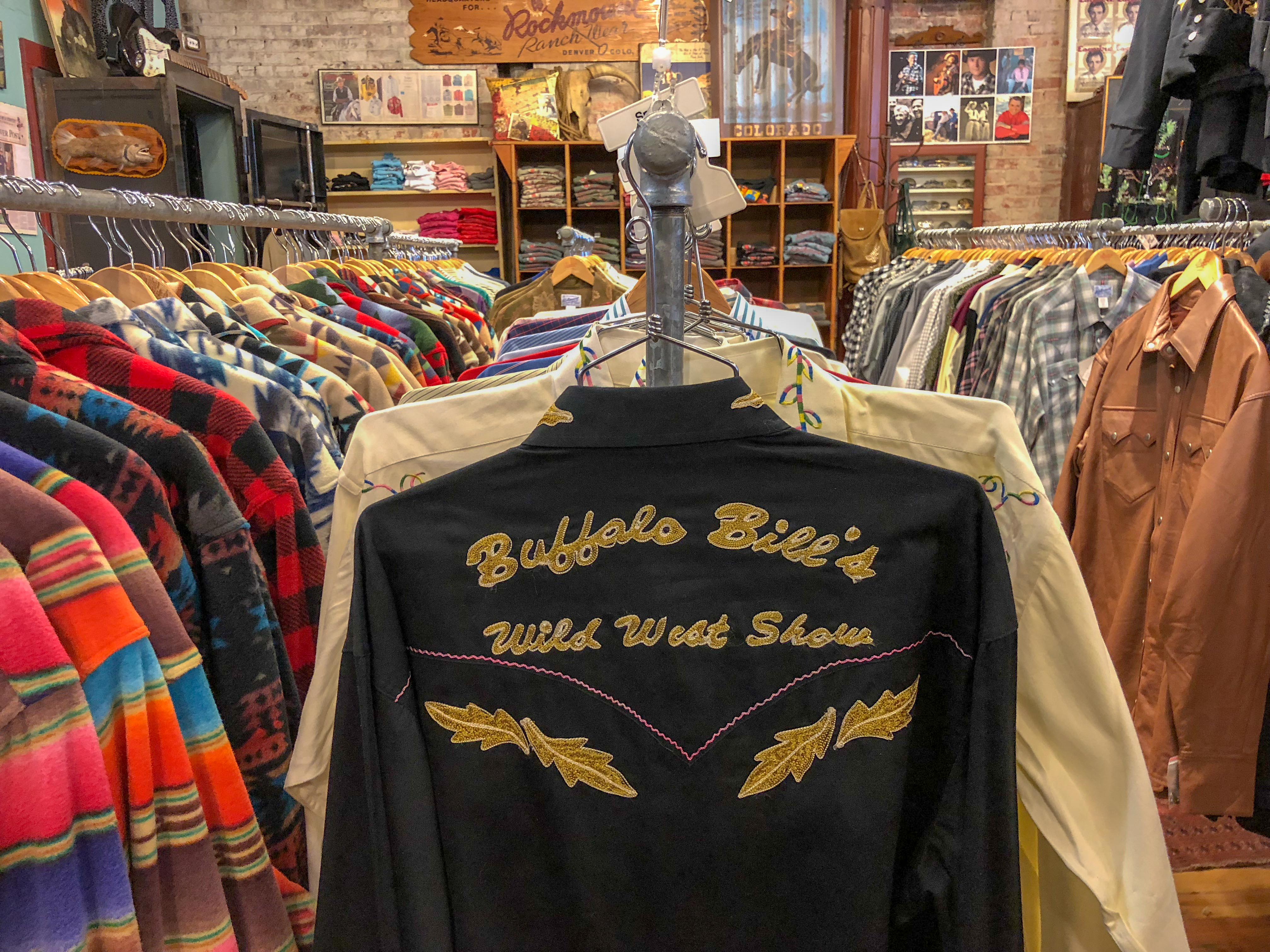 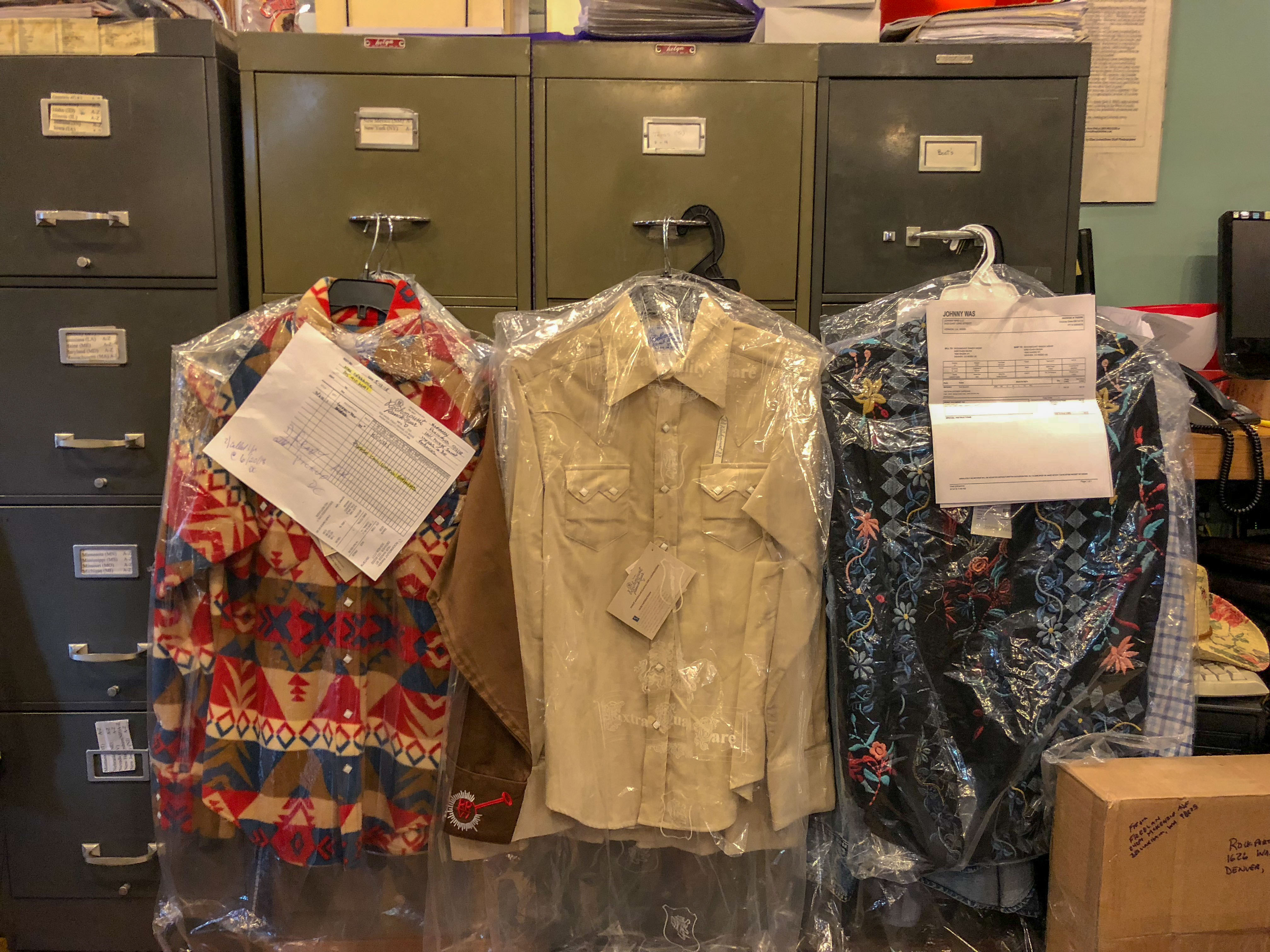 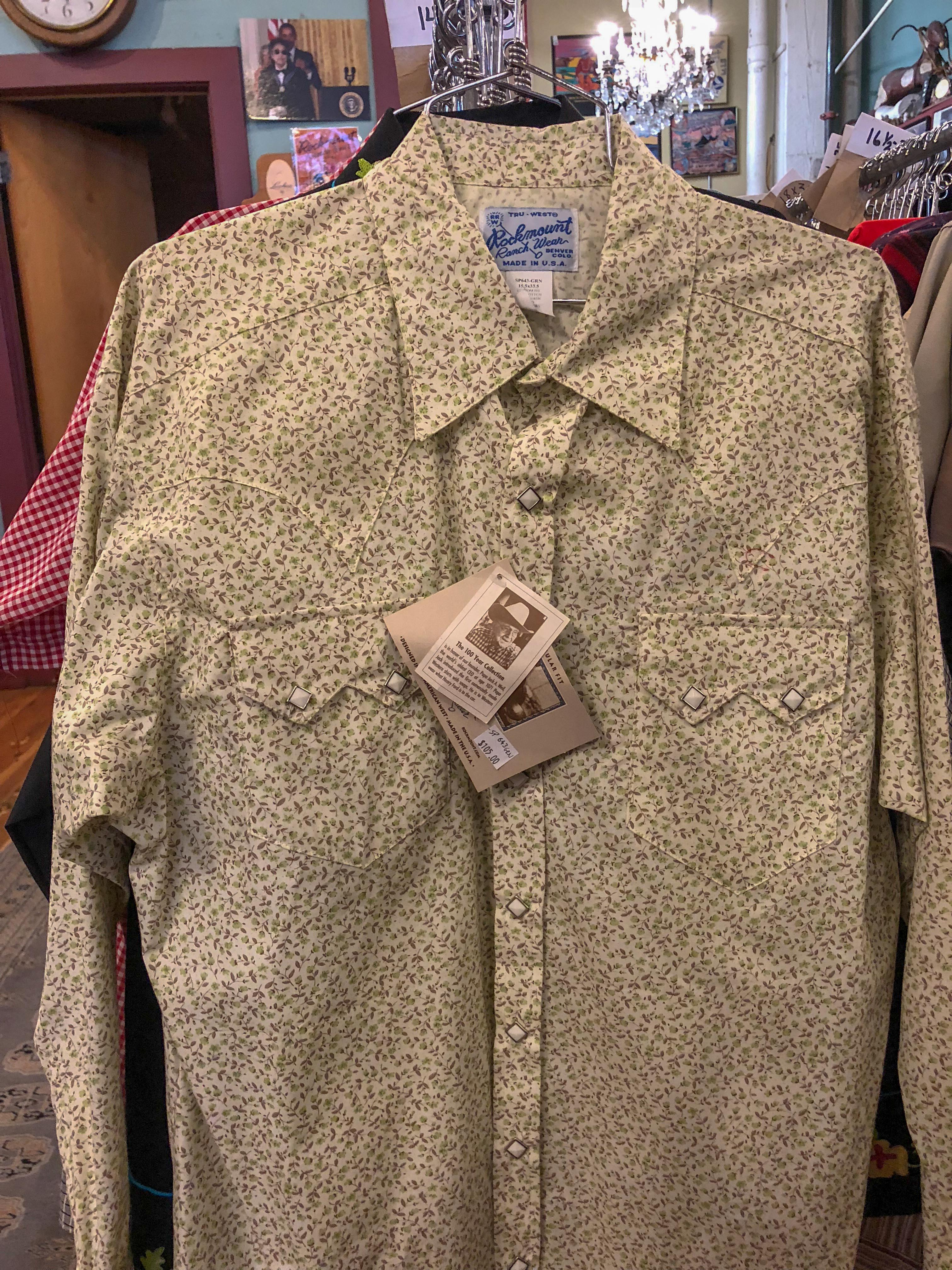 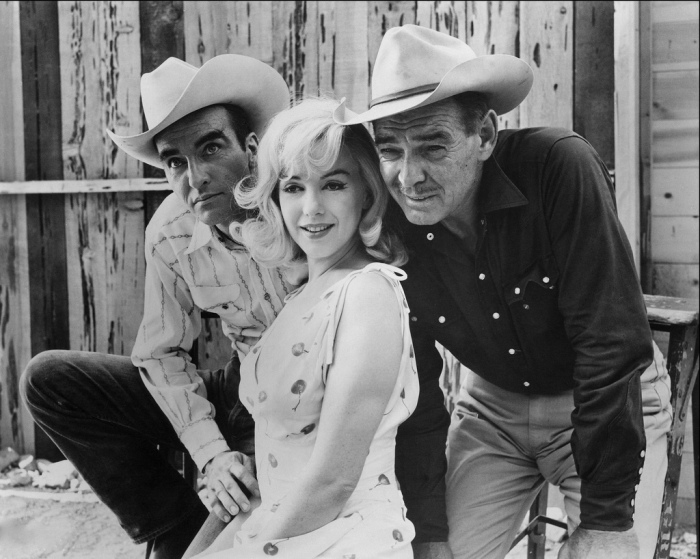 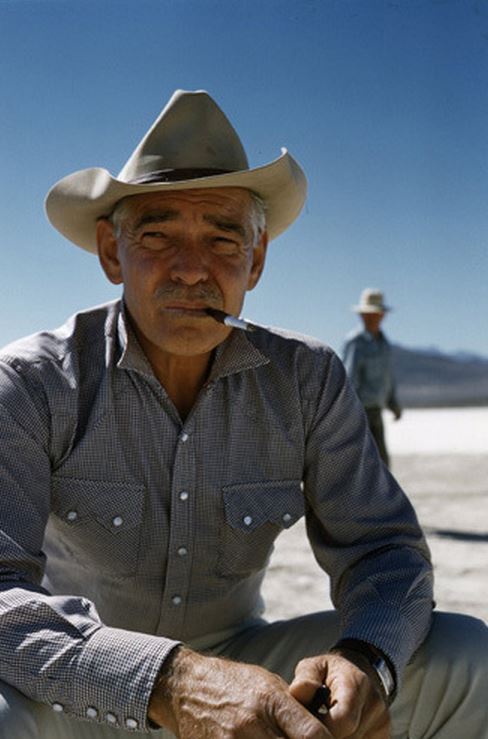