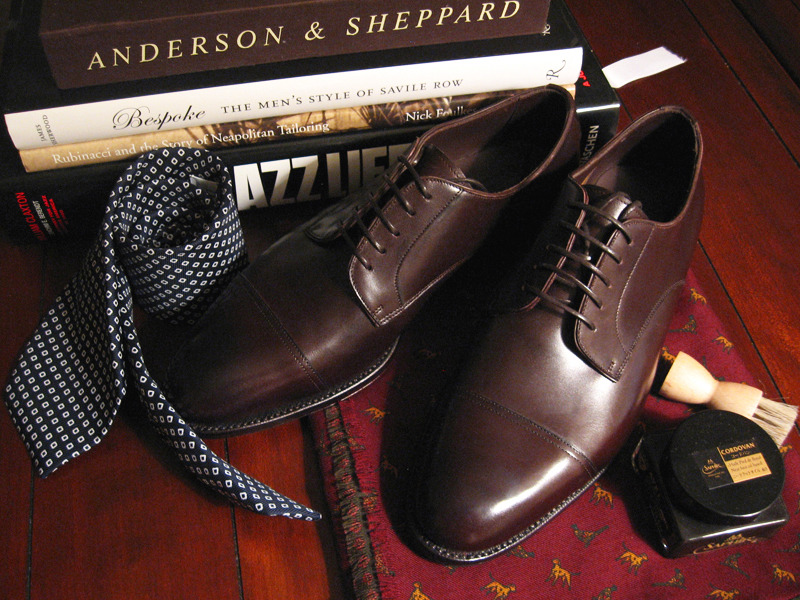 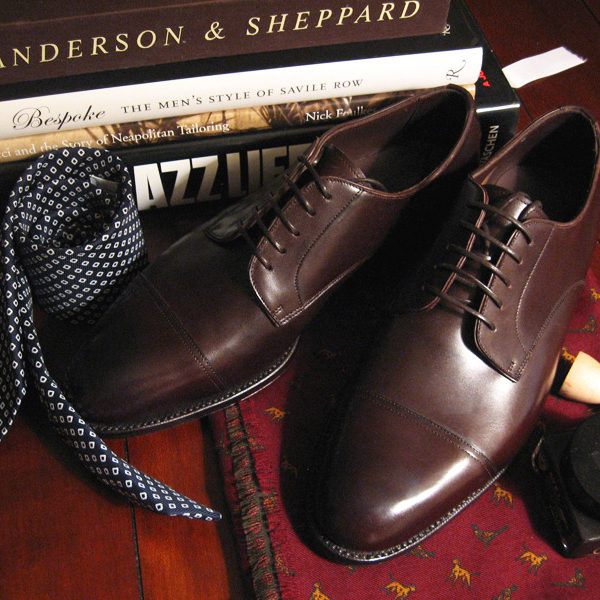 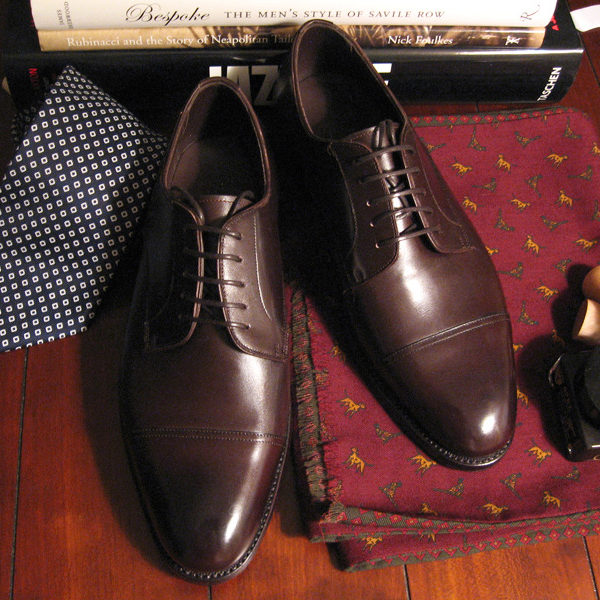 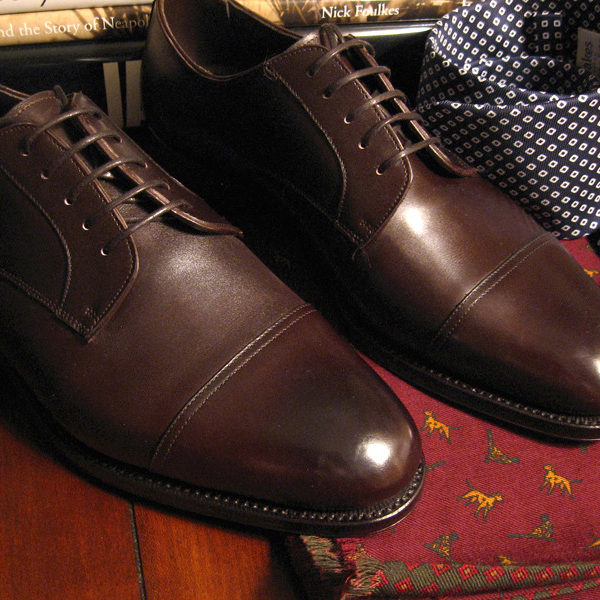 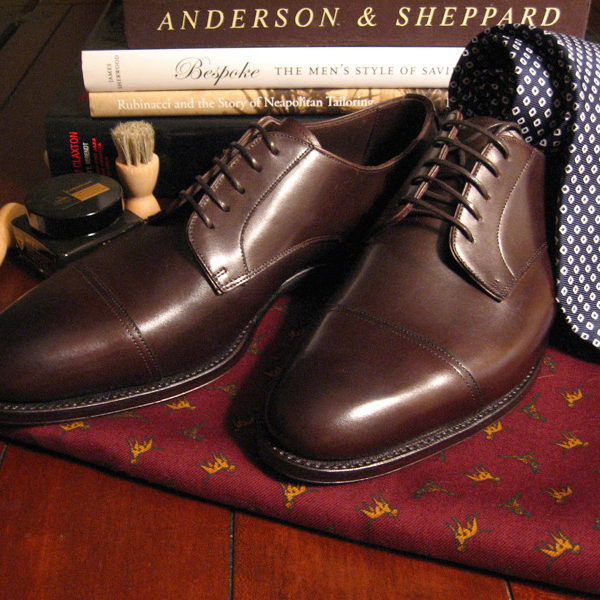 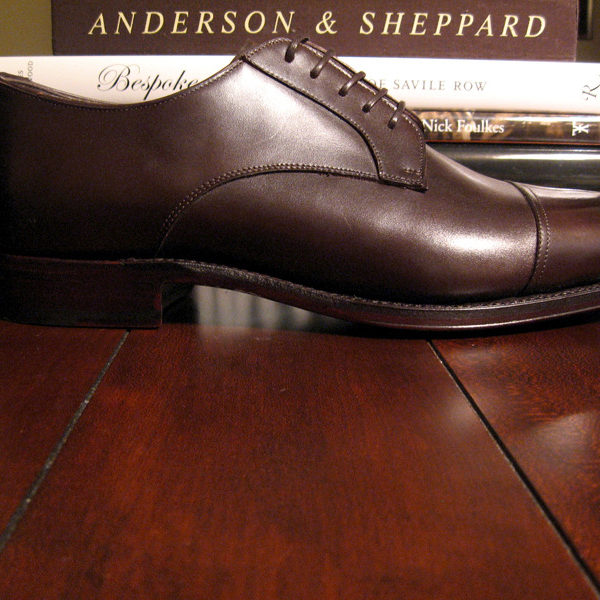 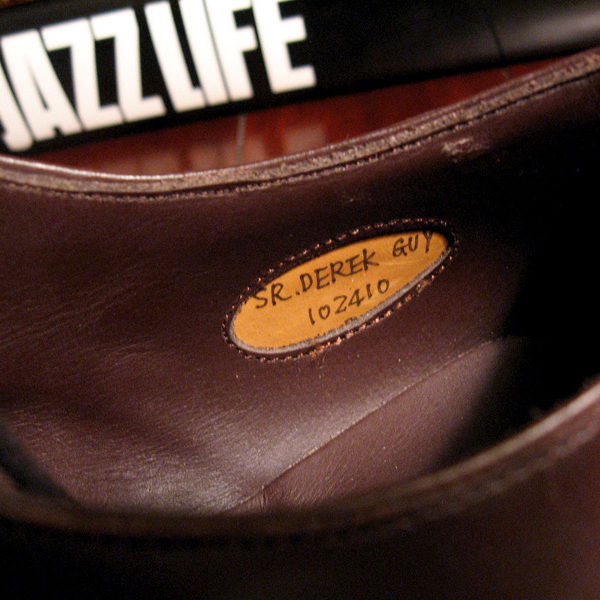 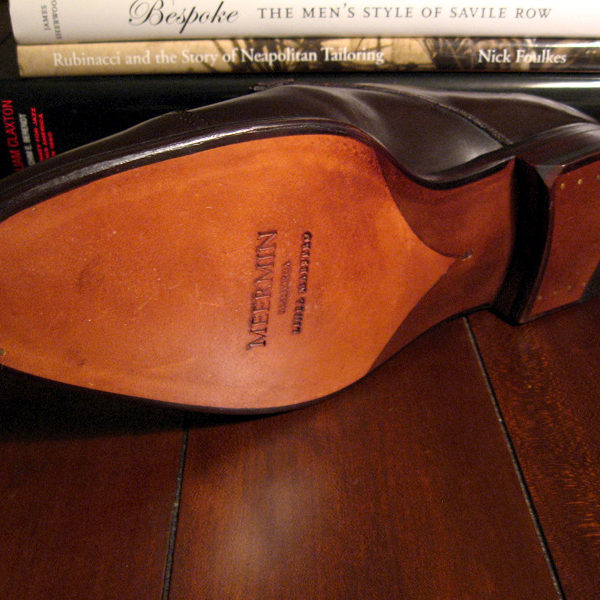 Exaggerations are so often used in menswear writing that it can be difficult to state something grand without sounding hackneyed. Everything is “perfect,” “the best,” and “will last forever.” At the risk of seeming like I’m committing the same sin, I’ll say that I think Meermin offers the best value, if not simply the best shoes, among the relatively more affordable brands of footwear I know of.

The two lines are characterized in the following ways:

Any of their ready-to-wear shoes can be customized through their made-to-order program for a small surcharge. So when Meermin’s proprietor, Pepe, offered to send me a pair for review, I asked for this cap toe blucher from their Classic Collection to be made from a dark brown leather and constructed to Linea Maestro standards. I was also able to specify the last, so changed out the soft square style of Ama for the rounder toe Hiro. You can see all of their last shapes here.

The result, I think, is a handsome, genuinely classic pair of shoes. It’s dressy enough for most work environments, but casual enough for leisurely days. The last is shapely without being pointy, and the rich, well-finished leather shines up more easily than many of my other shoes. Pepe was also able to nail the fit just from going off of my size in other brands, and although the leather was a bit stiff at first, it broke in nicely after about a dozen wears.

The only criticism I can make is that their quality control could be tightened up. In a StyleForum thread, a couple of their customers reported experiencing split-soles early on. The company, however, has been very responsive in offering to replace any defective shoes. It should perhaps be noted that many high-end, well respected brands have also had reports of similar problems pop up every once in a while; this isn’t unique to Meermin. At the same time, my own pair came with cap toes that had been unevenly burnished. The difference was slight, as you can see in the photos, and I’ve since fixed them by applying a bit of dark polish on the lighter toe cap. Perhaps the quality control there could be improved, but it’s nothing so bad that I’d feel uncomfortable recommending them.

These shoes, in my opinion, surpass many brands retailing for nearly double the price. This is partly because Meermin has a segment of its production in Shanghai. While some people wrongly characterize all Chinese production as being low quality, the fact is that some factories there have considerably improved. Though luxury-end production still remains nascent, mid-tier production such as this can be fairly decent.

To be sure, Meermin’s true quality will reveal itself over the next five to ten years, when current customers can report back on how their shoes have aged. For now, however, I find that their lasts to be more handsome than most of their direct competitors’ designs; their leathers, finishing, and construction to be just as good, if not better; and the ability to customize each pair to be a nice feature. Note that I only have experience with their made-to-order Linea Maestros, but plan to try out one of their Classic Collection ready-to-wears soon. I’ll report back when I do, but my bet is that they’re pretty excellent for $180 (or ~$150 after taxes are deducted). This is, in my opinion, one of the best options in footwear right now for those on a relatively tight budget.